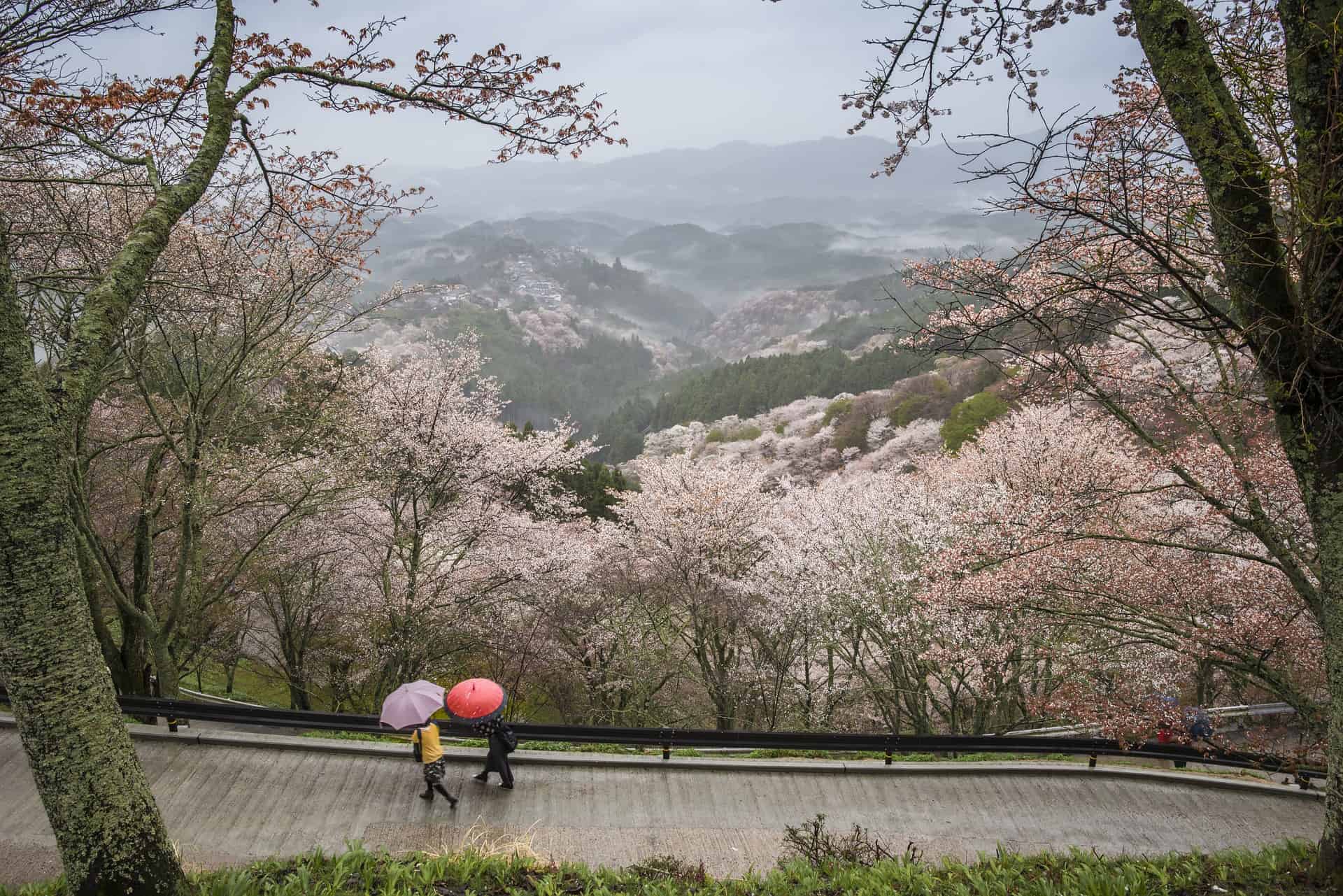 Nara, Japan’s first permanent capital, is located in the Kansai region, nestled in the hilly edge of the Nara Basin, about 40 kilometres east of Osaka. It is a popular day trip or short tour from Osaka or Kyoto, as all three cities are located on Honshu island. A train ride from Osaka station to Nara takes less than an hour, though of course an overnight stay will give you ample time to explore Nara’s rich collection of ancient temples and shrines that survive to this day. The Seven Great Temples of Nara— Tōdai-ji, Saidai-ji, Kōfuku-ji, Kasuga Shrine, Gangō-ji, Yakushi-ji, Tōshōdai-ji—along with the Heijo Palace and Kasugayama Primeval Forest, collectively form the historic monuments of Ancient Nara that have been inscribed on the UNESCO World Heritage List since 1998.

Nara, then called Heijo-kyo, was capital of ancient Japan from 710 to 784 AD, during which the imperial government enjoyed diplomatic relations with the powerful Tang Dynasty of China, and embraced Buddhism. Japanese artists travelled to or studied in China and brought back ideas, modelling their literature and music after Chinese canon, and applying Chinese models on Japanese legal codes. The urban designs of ancient Nara and Kyoto (which succeeded Nara as capital for more than a thousand years), were based on the Tang dynasty capital of Ch’ang-an (located near modern-day Xian).

A walking tour of Nara will show that the city is second only to Kyoto in terms of traditional Japanese architecture, especially religious architecture. The Heijo Palace was the imperial residence of the Japanese royal family during the Nara period, but fell into disrepair after the capital was moved to Kyoto (Heian-kyo). Its main entrance, Suzaku Gate, and the East Palace Garden have been restored, while excavations of the palace grounds continue.

East of the imperial palace was the Buddhist temple of Todai-ji, founded in 752 AD, and houses Nara’s main tourist attraction, the 15-metre, 500-tonne Daibutsu or Great Buddha, one of the largest bronze Buddha statues in the world. The hall that contains the statue, the Daibutsu-den (Great Buddha Hall), was rebuilt in 1709. Though the reconstruction of the great hall was at two-thirds its original size, it remains the largest wooden building the world.

The famous Nara deer park is another star attraction; stroll through and greet its hundreds of free-roaming deer. You can buy “deer crackers” from street vendors around the park to feed them. 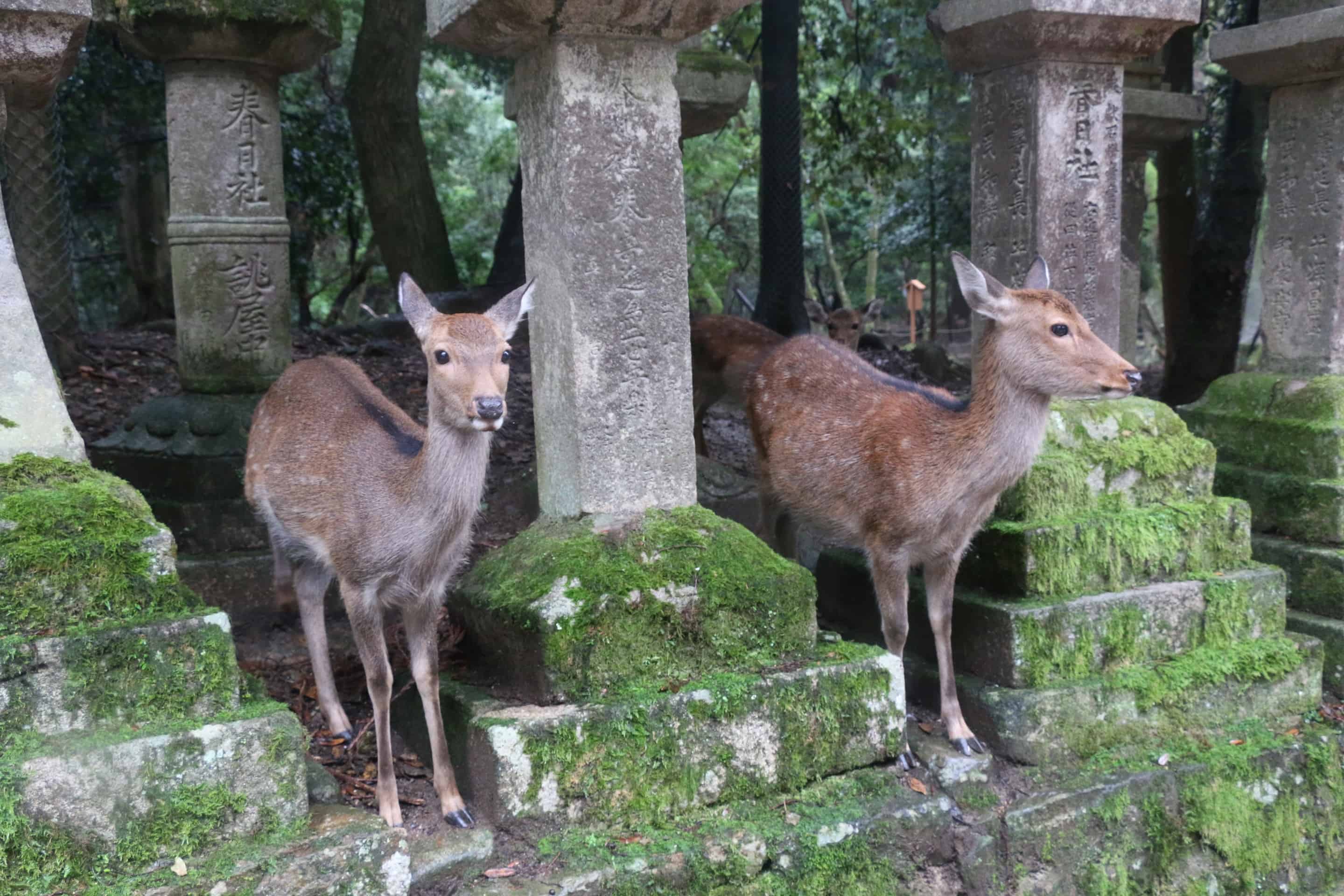 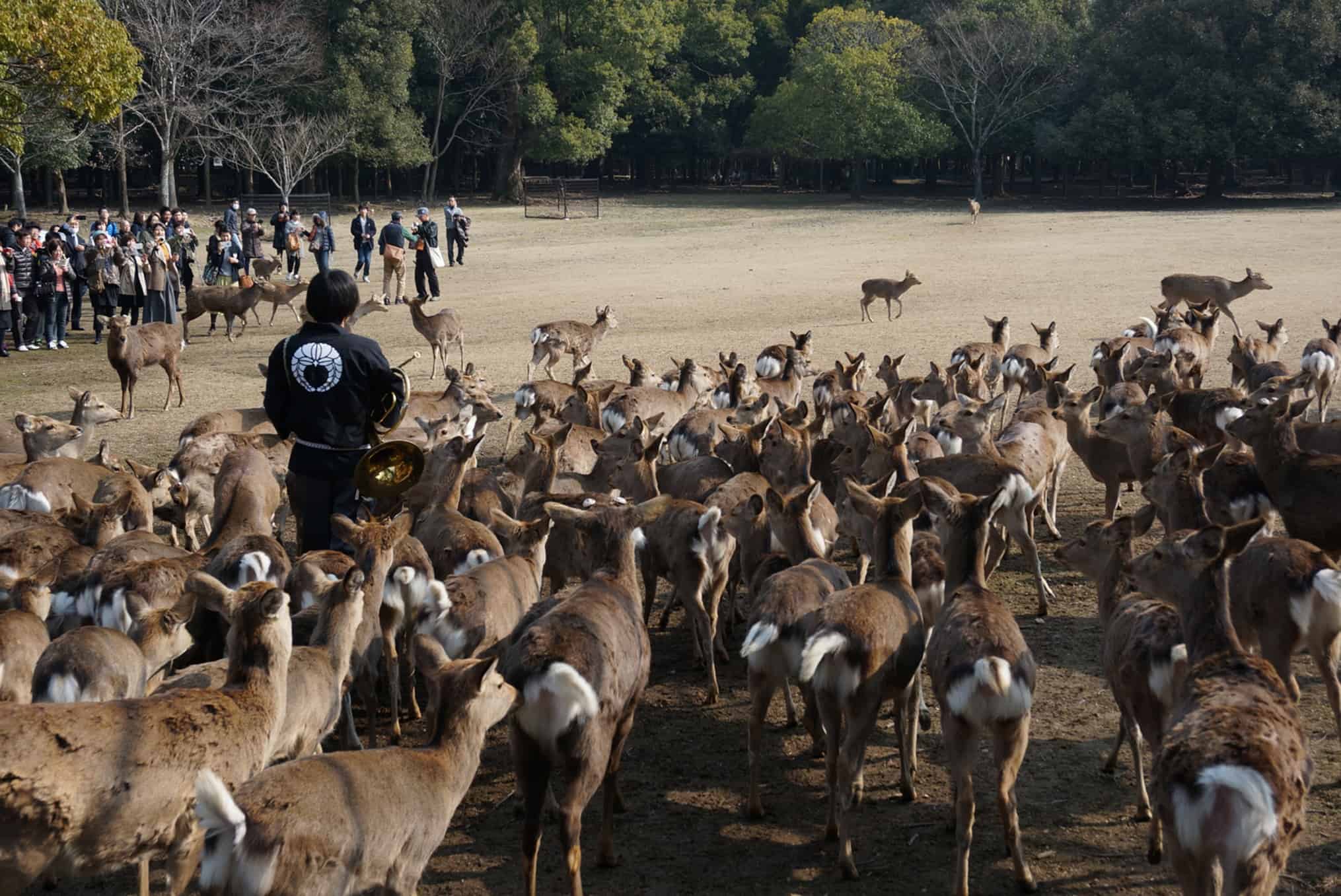 Nara has a variety of accommodations, from five-star hotels to ryokan (traditional inn in Japan). If time allows, make sure your trip itinerary of your tour of Nara includes participation in an authentic Japanese tea ceremony, or a sampling of Nara’s fine Harushika Sake, brewed in the city and also sold internationally.

This small group tour organised by Odyssey Traveller, Contemporary Japan, will take you through modern life in this East Asian jewel. This contemporary tour  for couples and solo travellers is an expedition through Japan’s major urban areas, beginning and ending in Japan’s tantalising capital, Tokyo. For the first 12 days we get our fill of Tokyo fashion, technology, culture, and sights.