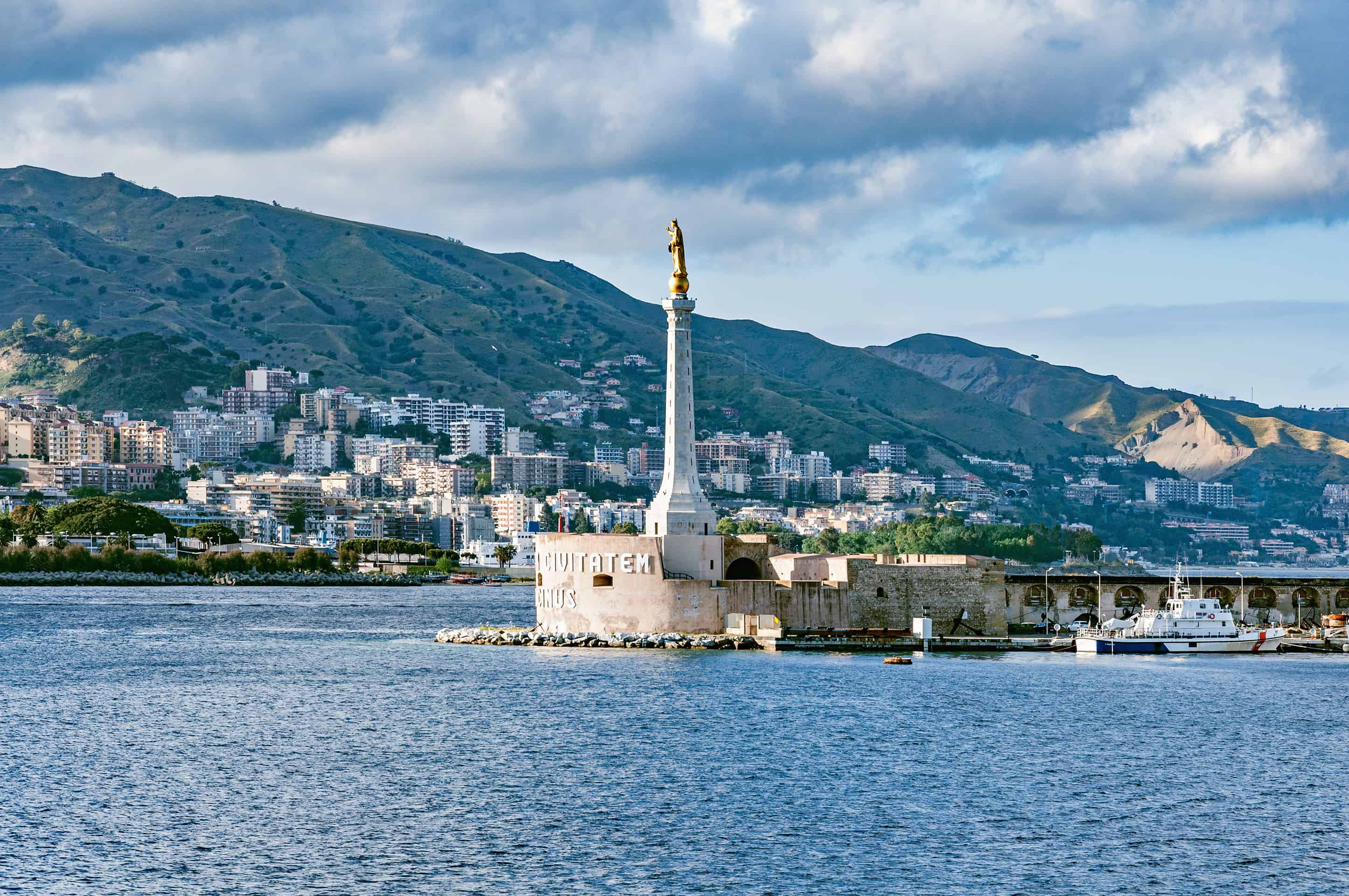 Only a few kilometres from the Italian mainland, the city of Messina has long been the gateway to Sicily, a fascinating historical centre with a Belle Epoque twist.

The city of Messina has an ancient history. It was first established as a Siculian colony and found its way into print for the first time in around 730 BCE. Later, it became a refuge for Greeks fleeing the Persian-occupied cities of Miletus (on the western coast of present-day Turkey) and Samos (on an island in the Aegean Sea). The refugees were assisted by Anaxilas, the tyrant of Rhegium, who named the city Messene, after his native region, Messenia, in the Peloponnese.

In conflict with Syracuse and the Carthaginians, Messine allied with Rome in 264 BC, leading to the First Punic War. As the result of this close alliance, Messine remained a free city through Roman times. After the fall of the Roman Empire, Messina was ruled successively by Goths (from 476), Byzantines (from 535), Arabs (842) and Normans (from 1061). Historians believe that Messina may be the point from which the Black Plague entered Europe, brought by Genoese ships from Caffa (in the Crimea).

Like most of Sicily, the people of Messina were strong supporters of Italian unification in the 19th century, with risings in 1821, 1847 and 1848. The city was severely damaged by an earthquake in 1783 and totally destroyed by another in 1908. After the second earthquake, Messina was rebuilt in Belle Epoque style, marked by wide streets and low buildings.

Messina today is an important port, and was used in 1943 by the Axis Powers to reinforce troops and supplies to counter the Allied invasion of Sicily. Today, the ship docks of Messina are the entry point to Sicily for many visitors, whether coming by cruise or public ferry.

The main sight of Messina is the Norman Duomo di Messina, one of Sicily’s great cathedrals. Originally built in the 12th century, the cathedral has been destroyed four times since: by fire in 1254, earthquake in 1783 and 1908, and by WWII bomb in 1943. It has since been rebuilt faithfully, and contains stunning treasures, including a carved alter and Italy’s second-largest organ.

On the adjacent Piazza del Duomo is the city’s campanile (bell tower). The tower was built in Strasbourg in 1733 and transported to Messina, and contains what is believed to be the world’s largest astronomical clock. The clock strikes at noon each day, setting off a roaring lion and crowing cockerel. Look nearby for the beautiful Fontana di Orione, built by the Florentine sculptor (and protégé of Michelangelo) Giovanni Angelo Montorsoli in 1553, which portrays Orion, the mythical founder of Messina. Montorsoli also designed the grand Fontana del Nettuno (Neptune’s Fountain).

Messina’s regional museum, the Museo Regionale Interdisciplinare is one of Sicily’s hidden gems, home to a number of fascinating artworks and archaeological objects. Highlights include the ram bow of an ancient Roman warship, and two stunning Caravaggios: The Adoration of the Shepherds and The Resurrection of Lazarus.

Head to the Chiesa della Santissma for an authentic 12th century example of Arab-Norman architecture, the final resting place of King Frederick III.

More recently, Messina was used as a filming location for Francis Ford Coppola’s masterpiece, The Godfather. Though in the movies, the Corleone family originate in and take their name from the real-life town of Corleone, Coppola found that Corleone was too busy and modern to represent the rural Sicily needed for the movie and instead filmed in the town of Savoca, near Messina. Fans of the movies should make sure to visit Bar Vitelli, which was used as location for the wine bar where Michael Corleone first sees his first wife, Apollonia Vitelli.

Like all Italian cities, Messina is home to a vibrant food culture. Make sure to head to local cafes and restaurants to try the regional cuisine, particularly granita with coffee, a local specialty.

Messina is an ideal spot from which to begin a tour of Sicily. Head to nearby Taormina for the unforgettable experience of seeking ancient plays performed in an authentic Greek theater, with a panoramic view of Europe’s largest active volcano, Mt. Etna, looming behind. Other popular destinations in Sicily include the grand Baroque cities of the Val di Noto; the capital city, Palermo, home to striking Arab-Norman monuments; and the stunning scenery of the Aeolian Islands.