In few places is history as palpable as Armenia, an ancient country nestled in the Caucasus mountains. Armenians take pride in being the world’s first nation to adopt Christianity, and Biblical stories are woven through the beautiful landscape: according to Armenian tradition, Noah’s Ark is buried in the snows of Mt Ararat. The landscape is dotted with medieval churches and monasteries, ancient cave dwellings, and antiquities dating back to the ancient Silk Road. And the scenery of this landlocked country is equal to its history: snowy mountains, rugged cliffs, and the vivid blue Lake Sevan. Join our small group tours and uncover the history, culture and landscapes of one of Europe’s hidden gems.
Hand crafted tours for mature world travellers 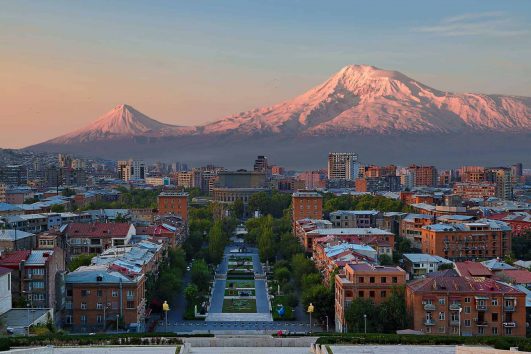 Yerevan, Armenia Similar to its neighbouring countries in the South Caucasus, the Republic of Armenia has a history marked by incredible losses and bloody wars, which continued even after its independence from the former Soviet… 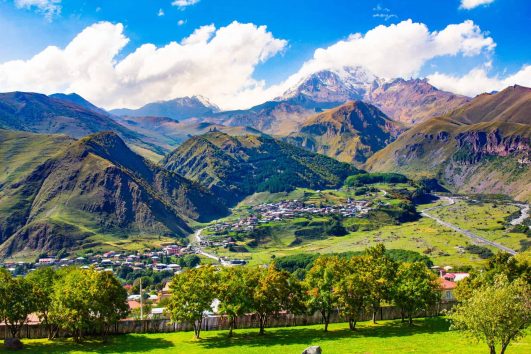 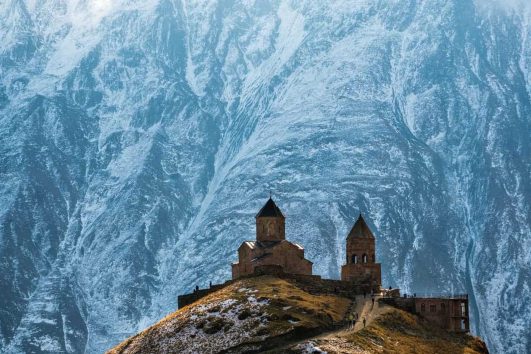 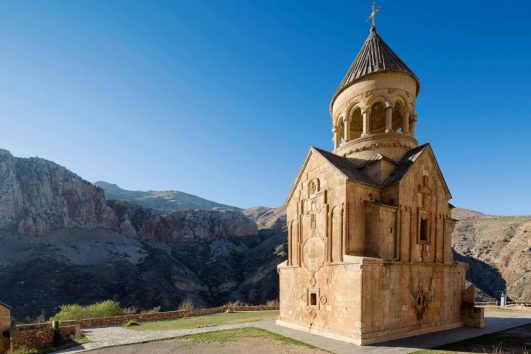 Buildings and Christianity in Armenia | Small Group Tours Armenia In this post, we will look at examples of Armenia’s buildings and building design before and after its conversion to Christianity. These buildings represent some… 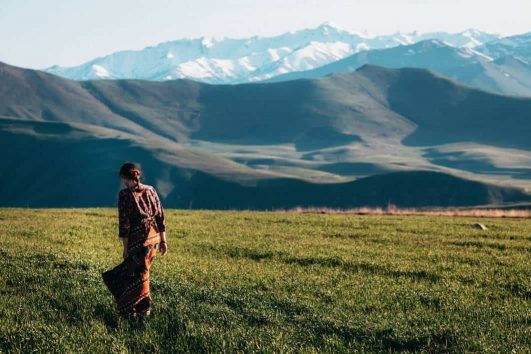 Armenia: An Ancient Civilisation View over the city of Yerevan, capital of Armenia, with Mount Ararat in the background With a recorded history of more than 3,500 years, Armenia is home to one of the…

Odyssey travels by coach and occasionally uses local transport, including trains and ferries. Specifics are always outlined in your tour itinerary. Taxis are widely available, and are inexpensive. Buses serve most major cities and smaller towns, so can make for a decent travel option. Yerevan does have metro system, though train services to elsewhere in Armenia might not be the most convenient option.

In major cities, Odyssey stays in centrally located 4 star hotels in Armenia, with easy access to public transport. In smaller towns or rural areas, we usually stay in family-run hotels or guesthouses. On our long stay tours, during which you spend the length of the tour in a single location, we use serviced apartments.

Armenia is a landlocked country, covering 29,800 square kilometres. Much of the terrain is mountainous, with about half of Armenia’s total land area having an elevation of at least 2,000 metres. Lake Sevan sits in the eastern half of the country, and is one of the largest freshwater high-altitude lakes in Eurasia.

Armenia has a highland continental climate, with warm summers and cold winters. Depending on the season you intend to travel, check weather reports and dress accordingly.

Armenia has 3 UNESCO World Heritage Sites. You can view the official list of the sites here (https://whc.unesco.org/en/statesparties/am).

Monasteries of Haghpat and Sanahin, an outstanding example of Armenian religious architecture
Monastery of Geghard and the Upper Azat Valley, a remarkable monastery complex partially carved out of the rock of the surrounding mountainside
Etchmiadzin Cathedral, the mother church of the Armenian Apostolic Church

Armenia has many festivals and events throughout the year to honour its past traditions and heritage. Several festivals are dedicated to the foods and produce of Armenia, including Syunik Mulberry Festival, the Dolma Festival and Yerevan Wine Days. The Taraz Festival in August showcases the taraz (traditional dresses) and distinctive clothing styles of Armenia’s people. A notable event to witness is the Vardavar Festival – intiially a pagan festival, Vardavar is now an annual midyear event whereby people splash water on each other in a lighthearted fashion.

A mainstay of Armenian cuisine is dolma, which is a mix of vegetables, rice and sometimes meat wrapped up in grape leave.

Numerous dishes are prepared for certain religious occasions, with choereg sweet bread traditionally consumed during Easter, while Ghapama (a stuffed pumpkin filled with boiled rice, fruits and nuts) is a staple of the Christmas season.

Sweets and desserts often take the form of pastries, such as gata (sweet bread) and baklava (a sweet, dessert pastry).

Although much of the country is safe to travel in, however independent  travellers should consider avoiding  heading to either the Armenia-Azerbaijan border or the Nagorno-Karabakh regions due to underlying local tensions.

Whenever you travel overseas, it’s always wise to take an appropriate travel adaptor. The electricity supply in Armenia runs at 220V and 50Hz. Armenia uses both the Type C and Type F plug types, so make sure you have the right travel adaptor handy. 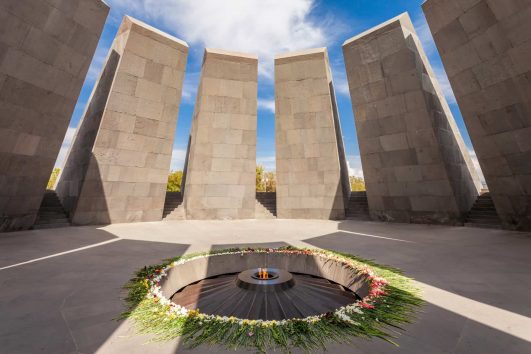 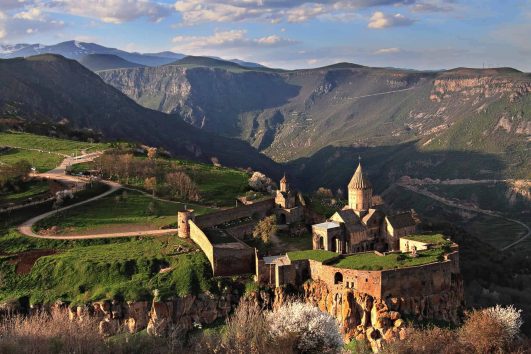 Tatev Monastery, a monastery complex with stunning views of the surrounding landscape 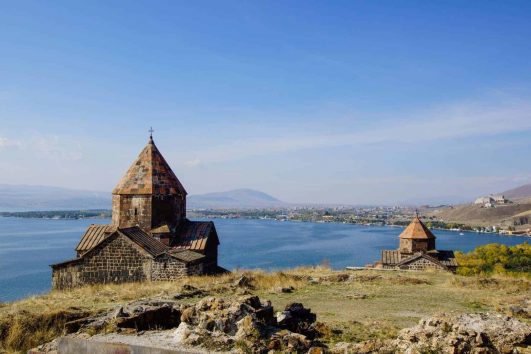 What time zone is Armenia in?

If you’re on an Odyssey tour, we take care of tipping so you don’t need to give it a second thought. However, in your free time, or if travelling independently, it’s essential that you tip an appropriate amount for services, as is the case throughout much of Europe.

Wifi should be available in most hotels, cafes and restaurants when travelling in Armenia

Can I use my mobile in Armenia?

Check with your cell phone provider to see whether you’re able to make calls and use data while in Armenia. Many providers will allow you to pay a daily fee that allows you to make calls and check the internet while only being charged your regular rates. However, be certain to inform your provider that you’re heading overseas, because just like a bank they can turn off your service as a result of unusual activity.

Buildings and Christianity in Armenia

External articles to assist you on your visit to Armenia:

The Telegraph on why Armenia might be Europe’s ‘best kept secret’.

Travel + Leisure: Where to go next – Armenia.