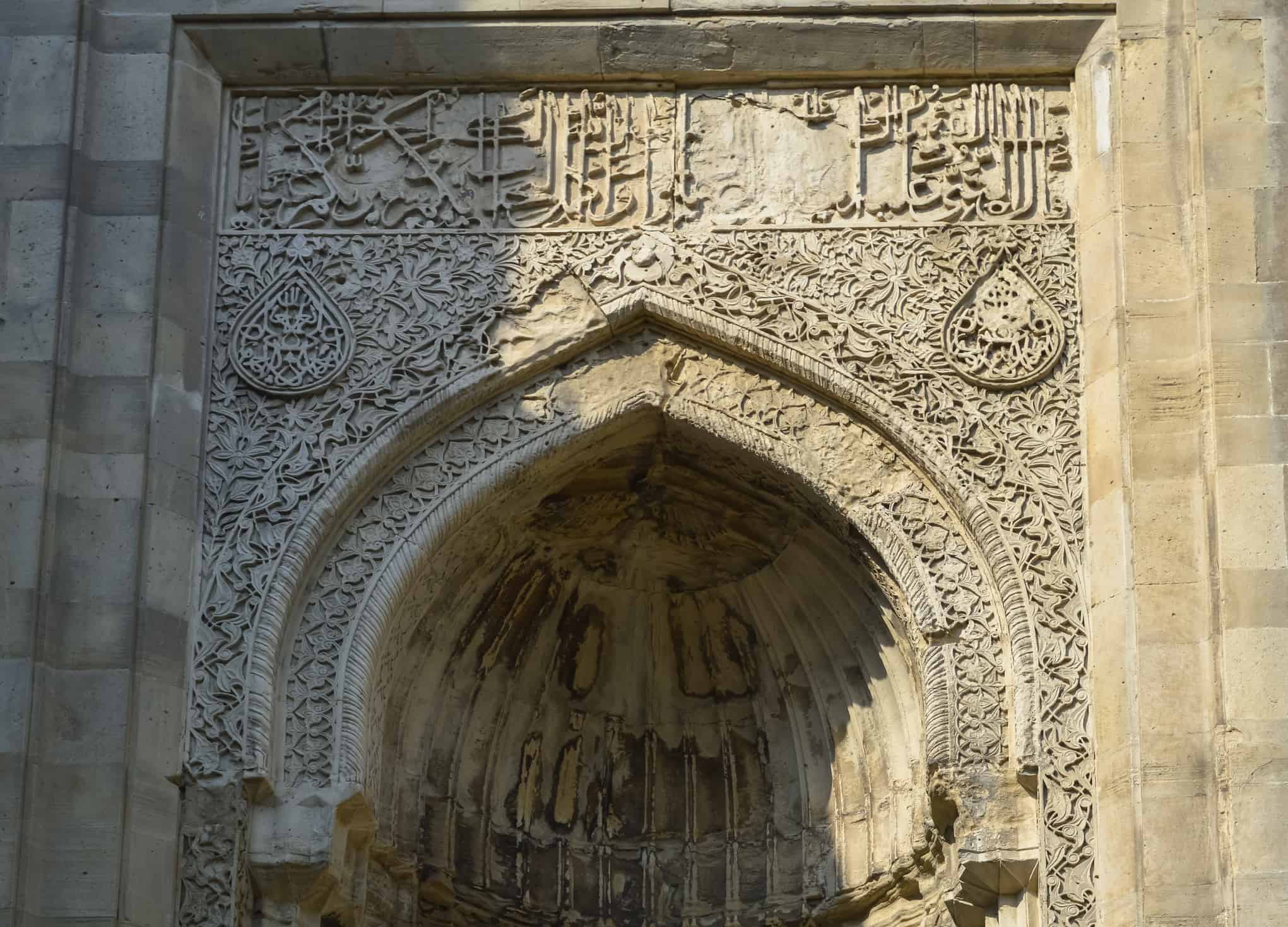 Baku is the capital of Azerbaijan, the centre of the city sitting on the shore of the Caspian Sea. Azerbaijan is perhaps a country in the Caucasus region that travellers do not think to include on their list of places to visit, but Azerbaijan puts itself decidedly on the map, especially with the Azerbaijan National Aerospace Agency’s launching of its first satellite in 2013 and its hosting of the 2018 Formula 1 Grand Prix. Its amazing capital is a great place to visit on a city tour or walking tour with a local guide.

When you travel to Azerbaijan, you will notice that Baku’s skyline is dominated by the Flame Towers, a trio of skyscrapers that serve as the symbol of the city. ‘Azer’ in Persian means fire and the country’s nickname is ‘the Land of Fire’. Zoroastrianism, the main religion during Persian rule, puts great importance on fire, which is believed to be a source of knowledge.

On a tour of Baku, travellers should not miss the 15th century walled city of Icheri Sheher (‘inner city’), a glimpse of the architectural grandeur of the old city. Sights include the beautiful mosque and minaret of the Palace of Shirvanshahs and the Maiden Tower, both included in the UNESCO World Heritage List of Historical Monuments.

The palace complex, which also includes a bathhouse and a mausoleum, was the residence of the last rulers of autonomous Shirvan state. The purpose of the Maiden Tower was less clear; historians say it could have been a Zoroastrian fire temple, a beacon-tower, or a defence tower.

Visitors can also take a walk down the century-old Baku Boulevard, which runs parallel to the seafront and provides a panoramic view of the skyline.

For a day tour out of the city, travellers can go to the Absheron Peninsula and see the pentagonal complex of Ateshgah (Fire Temple), which was built right on top of a natural gas vent. Roman records indicate that oil extraction took place on the peninsula. Unfortunately, the natural gas reserves ran out and the once eternal flame was extinguished in 1969. The flames that travellers will see today are fed by Baku’s main gas supply.

The complex is surrounded by 24 cells and rooms, built in the style of a caravanserai or roadside inn constructed for traders and travellers on the Silk Road. These rooms have been used by pilgrims, merchants, and Hindu ascetics. It fell out of use with the development of surrounding oil fields, and was turned into a museum in 1975. In 1998, it was nominated as a UNESCO World Heritage Site.

The fires on Yanar Dag (the ‘burning mountainside’), also on the Absheron Peninsula, was said to have been burning for 4,000 years and never stopped, while others put forth a more mundane explanation: the fire was accidentally ignited in the 1950s by a tossed cigarette. Whatever the origin, the burning mountainside is still a site to behold.

South of the peninsula is Baku Bay, a natural harbour on the Caspian Sea.

Some 60 kilometres (37.3 miles) southwest of Baku, the Gobustan Rock Art Cultural Landscape in the semi-desert of central Azerbaijan is on the World Heritage List, and for good reason. This 537-hectare expanse of rocky boulders has more than 6,000 rock engravings representing 40,000 years of rock art, as well as cave dwellings indicating human settlement in the area dating back to the last Ice Age. Gobustan is also home to Azerbaijan’s mud volcanoes, named as such because instead of spewing hot magma, the volcanoes spew cold mud, forced out by underground gas.

Azerbaijanis have a strong tea drinking culture dating back to ancient times, and travellers will most likely be welcomed with a cup of black tea.

Tea ceremonies have deep traditional roots in Azerbaijan. A traditional tea ceremony has its own rules and practices that are designed to make the serving and drinking process enjoyable. According to the old tradition, the host has to offer tea to every visitor, even if the visit is supposed to last only five minutes. (Source)

Cafes and restaurants abound in Azerbaijan, even within the walls of old Baku. Odyssey Travel Program Leader Dr Bruce Cameron describes an Azerbaijan tea set as “a bottomless pot of tea accompanied by a range of treats including nuts, chocolates, dried grapes and prunes, jam, and pakhlava [an Azerbaijan pastry stuffed with milled nuts and sugar]”.