With a recorded history of more than 3,500 years, Armenia is home to one of the world’s oldest civilisations.

This article is a brief summary of Armenia’s long history from ancient times to its modern-day independence. Though this is simply an overview and will not necessarily make you an expert in Armenian history, if you’re planning to travel to Armenia, this article will give you a deeper insight into the different forces that have moulded the nation into what it is today.

The Republic of Armenia is a landlocked country surrounded by Turkey to the west, Georgia to the north, and Azerbaijan to the east. Modern Armenia is considerably smaller than ancient Armenia which, at the height of its power, extended from the Black Sea to the Caspian Sea and from the Mediterranean Sea to Lake Urmia in present-day Iran.

The oldest known ancestors of modern Armenians are the Hayasa-Azzi, an indigenous tribe which settled in the lands around Mount Ararat and parts of modern-day Turkey. The country’s original name is Hayastan (“-stan” is a Persian suffix which means “land”), and Armenians call themselves the Hay people.

The Hayasa-Azzi mixed with other local tribes, which would eventually lead to the founding of the Kingdom of Urartu (Assyrian for “Ararat”) in the 9th Century BC, composed of the smaller kingdoms across Armenia, eastern Turkey, and northwestern Iran. In 8th Century BC, the Urartian king Argishti I founded the city of Erebuni, today known as Yerevan and Armenia’s capital.

After the decline of the Kingdom of Urartu, Armenia was taken over by Cyrus the Great’s Achaemenian Empire. Armenia restored independence under the Artaxiad Dynasty, but fell under Roman rule that forced them to send Armenian troops to fight for the Romans in the Roman-Parthian War.

In 12 AD, a new dynastic family—the Arsacids, related to the Persian royal family—came to the throne. The Romans continued to intervene and after years of warfare, Armenia was made a province of the Roman Empire. The Sasanid dynasty of Persia joined the fray, and Armenia found itself divided between Rome and Persia.

The great Arsacid King Tiridates III (or Trdat III) united Armenia and, perhaps in an effort to distance the nation from both Persian Zoroastrianism and Roman polytheism, declared Christianity as the state religion in 301 AD, making Armenia the first Christian state in the world.

Armenia sits between two seas (the Black and Capsian) and two continents (Europe and Asia). This prime geographical location, and its position at the crossroads of the Silk Road, led to constant attacks from the Turks, Mongols, Egyptians and Byzantines, until it was once again divided between the Ottoman Empire (Western Armenia) and Persia (Eastern Armenia, which included the capital Yerevan and most of modern-day Armenia) in the 14th Century.

Armenia under the Ottoman Empire

The Muslim rulers gave the Christian Armenians, a religious minority, some autonomy, but subjected them to unequal treatment. Christians, for example, had to pay higher taxes than Muslims, and had fewer political and legal rights.

The general Turkish suspicion of Armenians grew as the Ottoman Empire crumbled and Armenians joined large-scale protests to campaign for civil rights. Infuriated by the protests, the Turkish Sultan Abdul Hamid II declared that he would solve the ‘Armenian question’ once and for all.

There were reports of Armenian people being massacred in cities and villages from 1894 to 1896. In 1908, a group of nationalistic reformers called the Young Turks overthrew the Sultan and established a new government in Constantinople. Armenians were hopeful that this could be a positive turning point in their history, but the Young Turks soon made their anti-Armenian sentiment clear.

World War I began in 1914, and Turkey entered the war allied with Germany and the Austro-Hungarian Empire. In the Caucasus region, Armenians organised volunteer battalions to help the Russians fight against the Turks, intensifying the schism between Turkey and the Armenian people.

The Armenian Genocide began on April 24, 1915 and marked the beginning of the darkest period of Armenian history. Sources say there were fewer than 400,000 Armenians remaining in 1922, with some reports saying up to 1.2 million Armenians were massacred during that period. (The Turkish government rejects the use of the term “genocide” and denies the killings were systematic.)

In 2018, many Armenians participated in protests led by journalist, former political prisoner and politician Nikol Pashinyan. The peaceful anti-government protests were named a ‘Velvet Revolution’ in reference to the successful Czechoslovak Velvet Revolution of 1989. The protests, which came in response to government reforms which would allow the semi-authoritarian President Serzh Sargsyan to serve as Prime Minister despite the expiry of his term, resulted in Sargsyan’s resignation and Pashinyan being named Prime Minister. This peaceful transition to democracy was due in part to the mobilisation of all different sectors of society and the shared goal of avoiding violence and bloodshed at any cost.

Armenia’s tourism industry has been flourishing since the nation’s independence. According to the World Travel and Tourism Council, the total contribution of travel and tourism in Armenia last year amounted to 15.7% of the country’s GDP.

Odyssey Traveller organises small-group tours to Armenia, Azerbaijan, and Georgia, especially designed for the active senior traveller. With the group size limited to 15, travellers on the tour will be offered flexibility and focused attention.

You will be accompanied by the best local guides, who will provide excellent insights into the three countries’ culture, history and heritage sites.

Below are some of the incredible sites included in the Armenian itinerary.

Lake Sevan is the largest body of water in Armenia and the Caucasus region. This gorgeous freshwater lake is located in Gegharkunik Province, which is twice as high in elevation than the capital Yerevan, providing tourists and locals a perfect sanctuary from the summer heat. Remnants of the 9th Century Sevan Monastery (Sevanavank) sits on a peninsula that was once an island in this lake. The island transformed into a peninsula following the lake’s artificial draining under Stalin. The monastery is an interesting piece of Armenian architecture, and provides a breathtaking view of the open water.

Noratus Cemetery and the Khachkars

The medieval Noratus Cemetery contains the largest cluster of khachkars in Armenia. Khachkars, also known as the Armenian cross-stones, are carved memorial stone slabs bearing a cross and other intricate detail such as rosettes or carvings of animals. Each of the 50,000 khachkar in Armenia has its own pattern; no two are alike. The symbolism and craftmanship of the khachkars have been inscribed in the UNESCO list of Intangible Cultural Heritage of Humanity since 2010.

Memorial Complex to the Genocide Victims

Completed in 1967, the Tsitsernakaberd Memorial Complex or the Memorial Complex to Genocide Victims in Yerevan is dedicated to the memory of the Armenians who perished in the Armenian Genocide. The Memorial is composed of a partly split 44-meter arrow-shaped slab of granite, symbolising the Armenian diaspora and unity, and 12 leaning basalt slabs reminiscent of the traditional khachkars, surrounding an eternal flame as though in mourning. For those also interested in the ancient history of the region, The History Museum of Armenia, just near Yerevan’s impressive Republic Square, is an essential stop. It hosts a range of artefacts including bronze sculptures, wooden chariots with metal decoration, carved stone fertility symbols, and an array of ancient weapons such as arrows, shields and helmets.

Khor Virap Monastery (“khor virap” is Armenian for “deep dungeon”) is located on a small hill surrounded by green lands and vineyards, with the stunning Mount Ararat as its backdrop. Originally a prison site, Khor Virap was where Grigor Lusavorich, later St Gregory the Illuminator, was held for 13 years, imprisoned by the Arsacid king Tiridates III for preaching Christianity. He survived his ordeal and later became the king’s religious mentor, converting him—and therefore Armenia—to Christianity. A chapel was built in 642 AD and Khor Virap became an important pilgrimage site. Regular church services are still held here, and the view of Mount Ararat is not to be missed. Armenia’s climate is distinguished by cold winters and hot, dry summers and although some travellers avoid visiting in winter months, January and February are ideal times to see the snow-capped Mount Ararat and its surrounding scenery.

The Echmiadzin Cathedral, built in the early fourth century over a pagan temple, is considered the oldest cathedral in the world. It is the holy seat of the Catholicos of All Armenians, the spiritual leader of the Armenian Apostolic Church. As the earliest known domed church, the cathedral’s architecture exerted profound influence on Christian architecture. The church’s exterior features carved reliefs and ornaments, and the interior showcases a painted dome and frescoes depicting scenes from the Old Testament. It is listed as a UNESCO World Heritage Site.

Another site included on the UNESCO’s World Heritage List is the medieval monastery Geghard, which dates back to the fourth century. This collection of churches and tombs is an architectural marvel as the complex is partially carved out of the rock of a mountain, and surrounded by cliffs and a defensive wall. It houses a number of religious relics, including the spear that was said to have wounded Christ on the Cross. In fact, the monastery’s present name comes from this celebrated relic: Geghardavank (“the Monastery of the Spear”), a name first recorded in the 12th century.

An architectural and religious puzzle, the Temple of Garni is a Greco-Roman temple in Armenia which would have looked more at home in Rome or Athens, thousands of miles away. It is the only pre-Christian building still standing in Armenia today, a mystery in itself as Tiridates III’s regime destroyed all other pagan temples upon Armenia’s adoption of Christianity. The temple was said to have been built by Tiridates I in the first century, dedicating it to the Zoroastrian goddess Mythra, which was adopted by the Romans as a sun goddess. What visitors see today is a reconstruction of the original temple, which was destroyed in a 17th century earthquake.

Odyssey Traveller organises small-group tours to Armenia and nearby countries, designed for the active senior traveller.

Armenia’s rich history is worth discovering. Sign up now for an escorted tour, and please don’t hesitate to call or email if you have any enquiries. 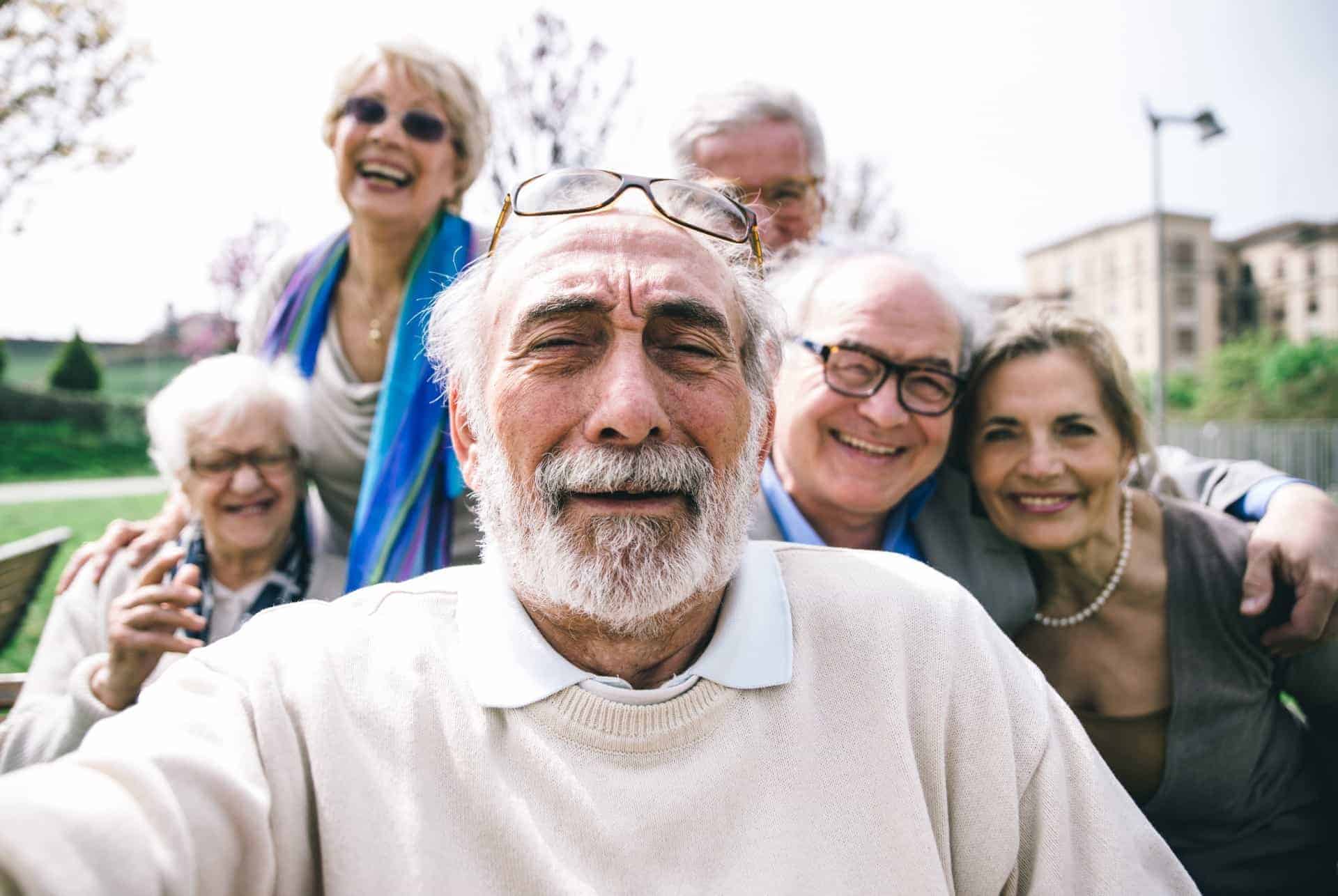 Odyssey Traveller specialises in educational small group tours, typically for groups between 6 to 12 people, and no more than 18 travellers. Our package holidays are tailored for mature and senior travellers and give you the chance to enjoy the history and culture of a destination. You can focus on enjoying your adventure while we make sure you have comfortable accommodation and delicious cuisine (like freshly baked Armenian bread) to look forward to.