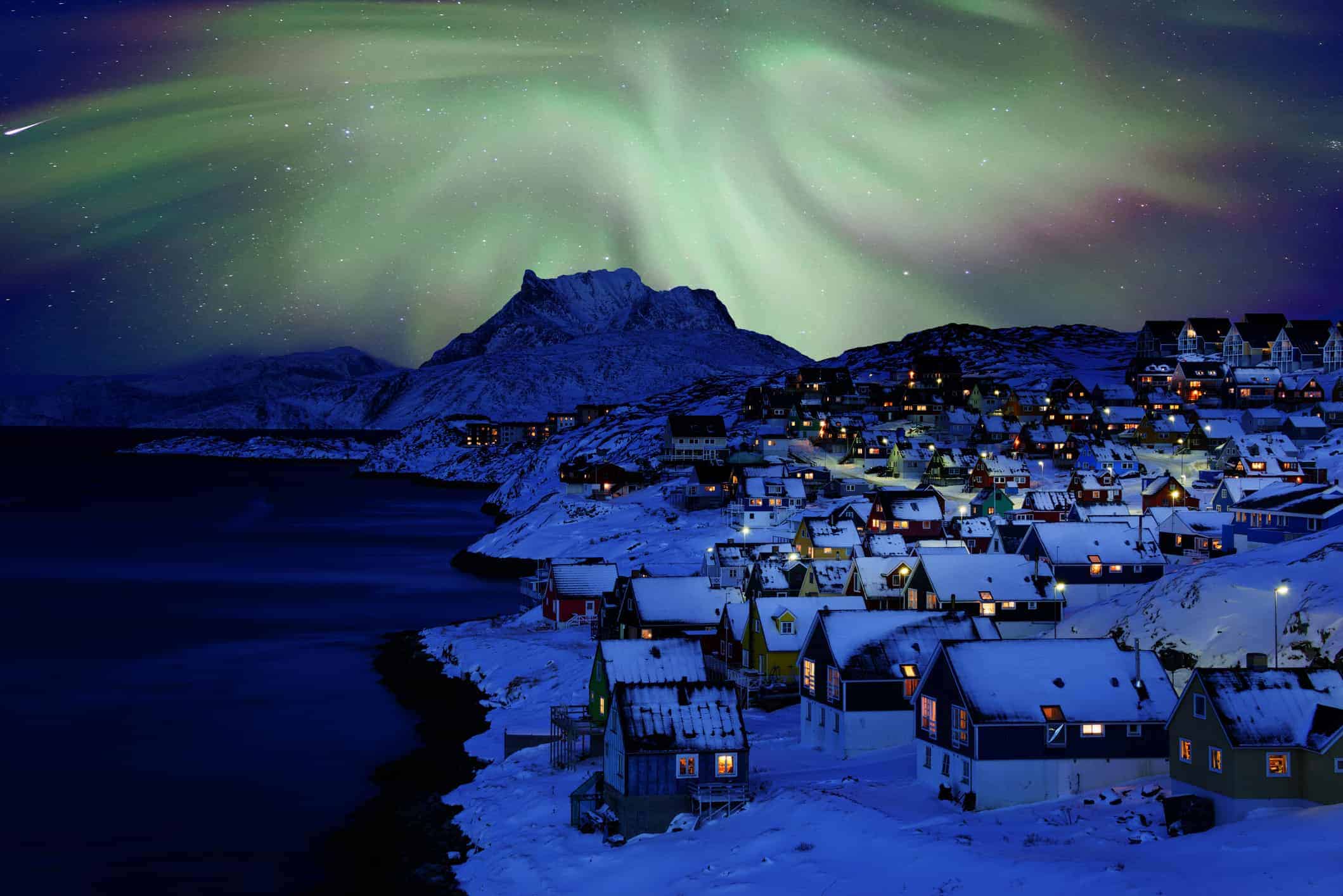 Nuuk, the capital and main port of Greenland, is one of the smallest capitals of the world with 16,500 residents. Greenland itself has only 56,300 people, a number, to quote Visit Greenland, “fewer…than will fit into your average medium sized soccer field”. But Nuuk is an incredible city to visit, a small but cosmopolitan city with modern conveniences–gourmet dining, beautiful boutique fashion shops, apartment blocks–that still also retains its centuries-old indigenous roots. 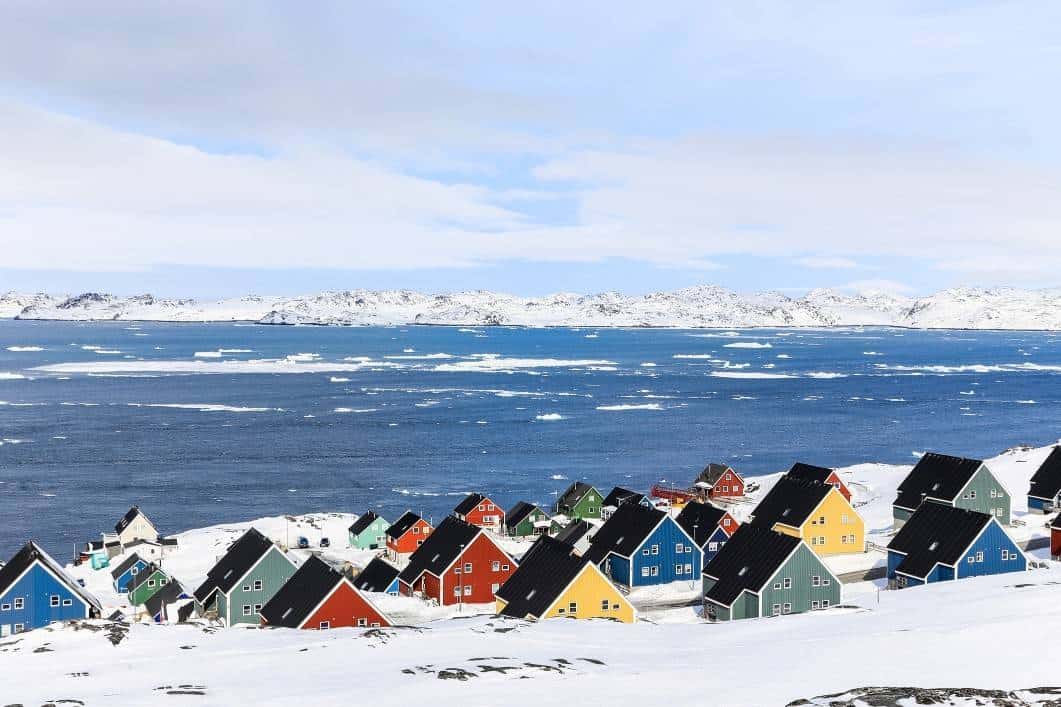 Nuuk is located on the southwestern coast, near the mouth of the fjord Nuup Kangerlua (formerly Godthab Fjord). A fjord is a long, deep, narrow body of water with steep sides formed by glaciers. At 160 kilometres, Nuup Kangerlua is one of the longest fjords in the inhabited part of the country.

Near present-day Nuuk was the original location of Erik the Red’s West Settlement (with the East Settlement near present-day Qaqortoq). Before the Viking settlements were formed, Greenland was settled by the Inuit, who were believed to have crossed to Greenland from North America via the islands of the Canadian Arctic, crossing a frozen land bridge that formed when the sea froze in northern Greenland.

At around the same time of the last wave of Inuit immigration, the Vikings were sailing across the Atlantic and settling in on largely uninhabited islands such as the Shetland Islands, the Faroe Islands, the Outer Hebrides, and Iceland. (Click through to see the articles we’ve written before.) The murderous outlaw Viking Erik the Red, banished from both Norway and Iceland, arrived at Greenland around the 10th century. He named the island “Greenland” to entice people to settle on an island with a “favourable name”. Greenland remained the island’s name, though Greenlanders call their country, Kalaallit Nunaat, which in the Greenlandic Inuit language means “Land of the People”.

The Viking’s Greenland colonies, which flourished for many years, included nearly 300 farms with 3,000 to 6,000 inhabitants at their peak. Christianity arrived around the 11th century by way of Erik’s son, Leif, following Norway’s Christianisation. A century later, the Norse settlements declined, and by the 15th century the colonies have disappeared. This disappearance remains one of history’s greatest mysteries.

The modern town of Nuuk dates from 1721, when Hans Egede, supported by the then united kingdom of Denmark & Norway, founded a trading company and a Lutheran mission near what was once the Norse settlement. One of the prominent sites in Old Nuuk is the Lutheran Nuuk Cathedral with its red spire, where large crowds gather for National Day celebrations. This cathedral was built in 1849.

Colourful Nuuk is the focus of Odyssey Traveller’s Discover Greenland tour, which can be taken as an extension of our Iceland tour. To begin this unique holiday experience, you can simply fly direct from Iceland’s Kevlavik International Airport or the Reykjavik Domestic Airport to Nuuk in West Greenland. As for hotel rooms for you and your guests, there is a wide variety of accommodations in Nuuk, though options are not as expansive as those in other bigger cities.

In this Nordic capital, the mean average temperature is 3.9 degrees Celsius for June, and 3.5 degrees Celsius in September. This is ideal for a walk exploring Greenland’s natural wonders and gourmet restaurants, or take a boat on a boat trip or go on a cruise to experience a fantastic journey down the fjord–provided you are dressed warmly! The hunting and fishing culture continues to flourish in Greenland, and in Nuuk you can expect to see fresh catches of Greenland halibut.

In the central area of the city you’ll find fashion boutiques that incorporate Inuit patterns into their designs, showing the blending of modern and traditional Inuit cultures. Have a cup of coffee while enjoying the scenery. To learn more about culture and history, visit the National Museum of Greenland, the country’s first museum and which holds collections, including materials repatriated from the Danish National Museum, that have been expanded since its establishment in the 1960s.

The city’s architectural highlights include the Katuaq Cultural Centre, with a design that mimics the Northern Lights and Greenland’s mountains, and the Self Rule Government building which also houses a number of artworks.

External articles to assist you on your visit to Greenland.