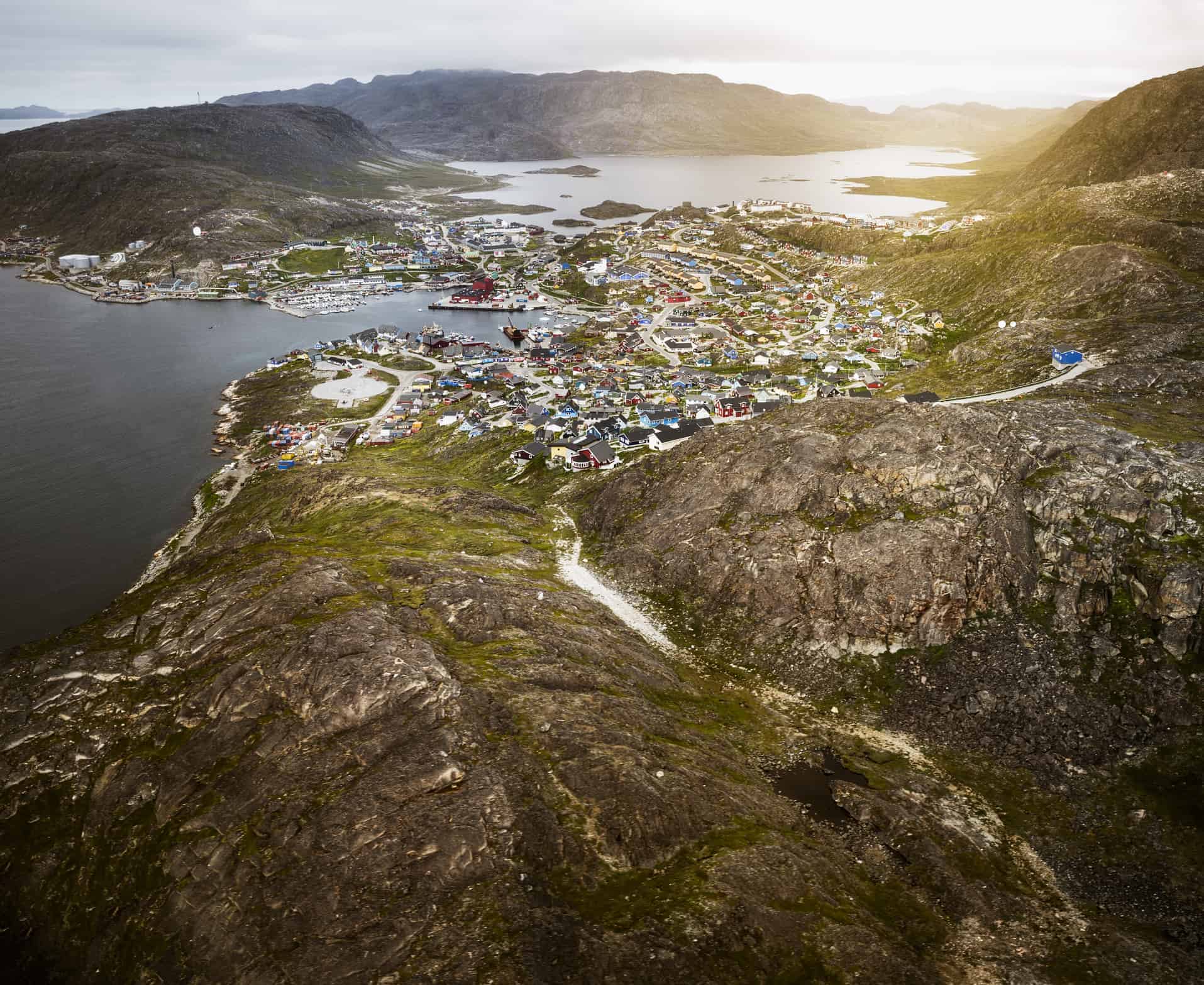 Qaqortoq is the most populous town in South Greenland, but relatively speaking is quite thinly populated with only 3,229 inhabitants. Travellers heading to this Nordic town and tourist attraction can experience amazing adventures and fun leisure time activities. They can go on a guided hiking tour, participate or watch cross-country skiing, or go on a day trip to the Uunartoq Hot Springs, the most beautiful hot springs in Greenland.

North of present-day Qaqortoq was the original location of Erik the Red’s East Settlement (with the West Settlement near present-day Nuuk). Before the Viking settlements were formed, Greenland was settled by the Inuit, who were believed to have crossed to Greenland from North America via the islands of the Canadian Arctic, crossing a frozen land bridge that formed when the sea froze in northern Greenland.

When the Viking settlements vanished in the 15th century, the modern town was founded as Julianehåb by Norwegian merchant Anders Nolsen in 1755. The town was named in the honour of Queen Juliana Maria of Denmark. It became a major seaport and trading station. Today it is a centre of commerce and trade in South Greenland and is a popular cruise destination. It is also home to the oldest fountain in Greenland (Qaqortoq is the only city in the country with a fountain in the centre square), and which depicts whales spouting water out of their blowholes.

Many of Qaqortoq’s main sights are close to this centre square–you can simply walk to Qaqortoq Museum, which has a collection of carved tupilaks or talismans.

You can go hiking through the colourful scenery around Lake Tasersuaq, or take a passenger boat to the Uunartoq Hot Springs or go kayaking to the nearby fjords. Hvalsey Church in the abandoned Greenlandic Norse settlement in modern-day Qaqortoq is also a highlight, a well preserved mark of the Vikings who settled Greenland, and also the location of the last written record of the Greenlandic Norse–a wedding in September 1408.

Qaqortoq definitely has a lot of amazing activities waiting for you. You can also travel by cruise ship or ferry from Qaqortoq to Ilulissat in Northern Greenland to continue your Nordic journey.

External articles to assist you on your visit to Greenland.