Reykjavik, the capital and largest city of Iceland, will most likely be your first port of entry into this fairly isolated island country. Iceland’s nearest neighbour in Europe is Scotland, lying 800 kilometres (500 miles) away. It takes roughly five hours to fly to Reykjavík from New York, and three hours from London. Home to 40 percent of Iceland’s total population, Reykjavik is a colourful capital city not much larger than a small town. Perched on the country’s rugged coastline, the city is proud of its natural setting and striking architecture and thrilling culture.

Iceland was founded during the Viking age of exploration in the 9th century, the Vikings sailing from Norway and other Nordic settlements to stake claims to land on the island. Reykjavik, or “Bay of Smokes”, in southwestern Iceland was believed to have been founded in 874 by Ingólfur Arnarson.

When Iceland came under Danish rule, Reykjavik was designated as the administrative centre in 1786, and seat of parliament in 1843. When Iceland transitioned to self-rule (and later, to an independent republic), the city served as its capital.

The city is the location of the Keflavik International Airport, and is Iceland’s commercial, industrial, and cultural centre. Popular among tourists, Reykjavik, in addition to its art galleries and natural wonders, is also renowned for its nightlife, with its numerous restaurants, bars, and clubs.

Visit the Old Harbour area, once a service harbour that is now a cosmopolitan tourist attraction, and experience a walking history tour of Old Reykjavik in the city center. Its Harpa Concert Hall and Conference Centre, with its striking honeycomb design, has won the prestigious Mies Van der Roe architectural award. 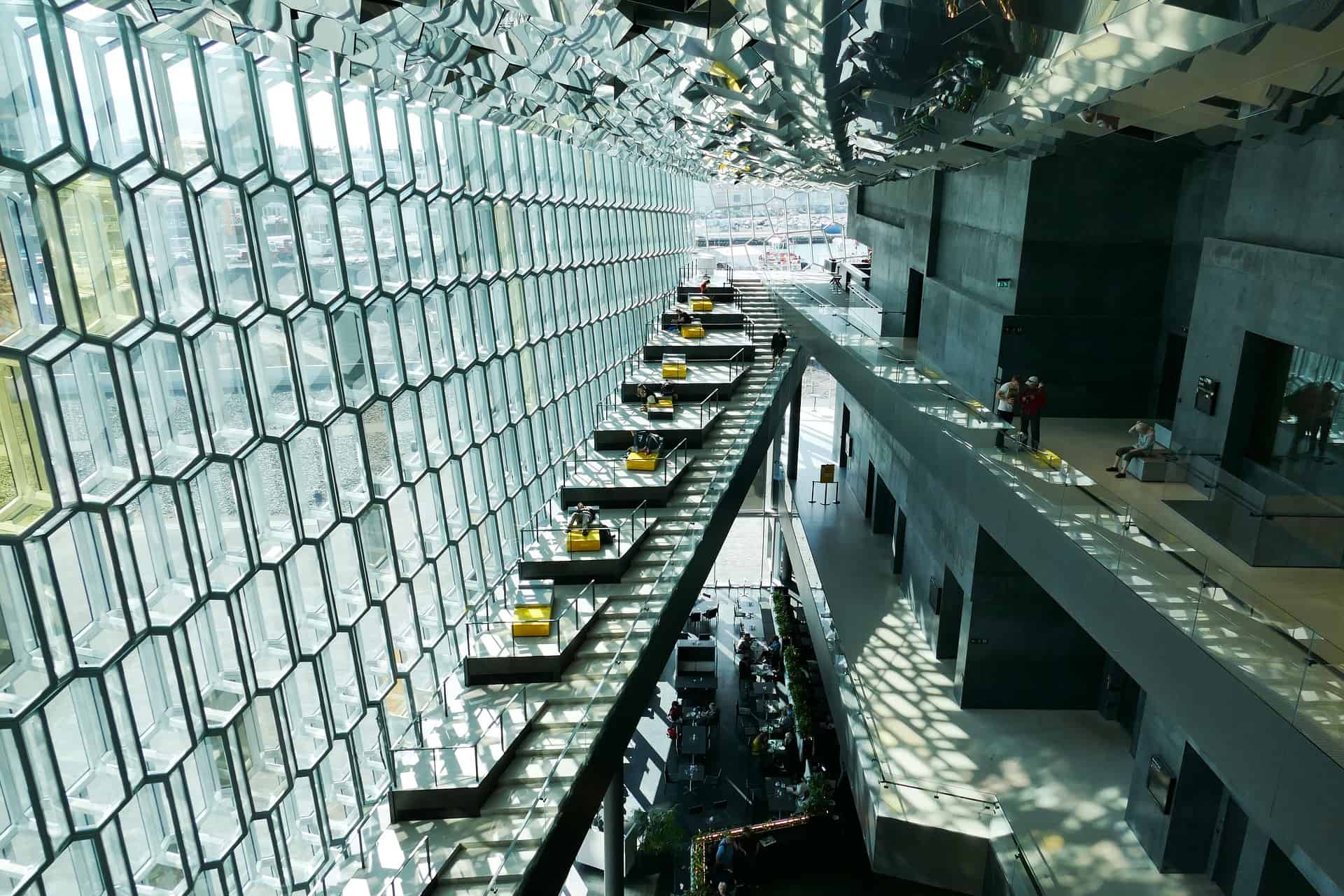 The National Museum contains artefacts that tell the story of Iceland’s history. View the eye-catching Lutheran church, Hallgrímskirkja, a place of worship for most Icelanders, as a huge majority (80%) are members of the Lutheran State Church.

The city is also home to the National and University Library of Iceland and the University of Iceland. Within the university is the Árni Magnússon Institute; Magnusson is a 17th-century Scandinavian philologist who built up the most important collection of early Icelandic literary manuscripts.

Reykjavik can also be your jump-off point to other parts of Iceland, including the famous Videy Island, which is only a short boat-ride away from the city shore. Videy Island can be explored on foot and is a great place for bird watching and to explore the spectacular views.

Odyssey Traveller organises tours to Iceland with departures in May and September (and end of August in 2022). These months are the “shoulder season” months in spring and fall, respectively, between the high season of summer (June to August) and the off-season (November to March). This means you get to visit Iceland when it is not too busy with tourists trooping there for the warmer months, but also not when it’s too desolate or too cold that you miss out on certain activities.

Despite its high latitude and proximity to the Arctic Circle, Iceland has a temperate climate thanks to the warming effect of the Gulf Stream. About 11 percent of the country is covered with permanent ice cap and Iceland has Europe’s largest glacier (Vatnajökull), but it enjoys verdant summers, with snow rarely staying on the ground for days.

In Reykjavík, located south of the country, the average temperature for summer is 12 degrees Celsius and around 1 to 2 degrees for winter. Still cold–but not as cold as the winters you may experience in Canada or Russia. In 2018, the capital’s annual average temperature was 5.5 degrees. Iceland’s meteorological agency reports that “[t]he absolute maximum in Reykjavík was 23.5°C, recorded on 29 July and the absolute minimum was -9.0°C on 19 January.”

However, Iceland’s weather is fickle and may change frequently throughout the day. If you’re planning a trip, make sure to check weather forecasts before heading out, and wear (or bring) layers so you can adapt to the weather changes quickly.

Summer is also the time to experience the “midnight sun” in Iceland. Midnight sun is a phenomenon observed north of the Arctic and south of the Antarctic, during which these regions receive continuous sunlight for six months. In Iceland, the sun sets just before midnight from May to August. In winter, many visitors brave the cold to observe the Northern Lights.

In the city, you can purchase a city card to explore the capital. The Reykjavík City Card includes free entry to museums, pools, and other attractions, unlimited use of Straetó bus (public transport), and other discounts and special offers.

Articles about Reykjavik and Iceland published by Odyssey Traveller.

The following list of articles published by Odyssey Traveller for mature aged and senior travellers to maximise their knowledge and enjoyment of Iceland when visiting: