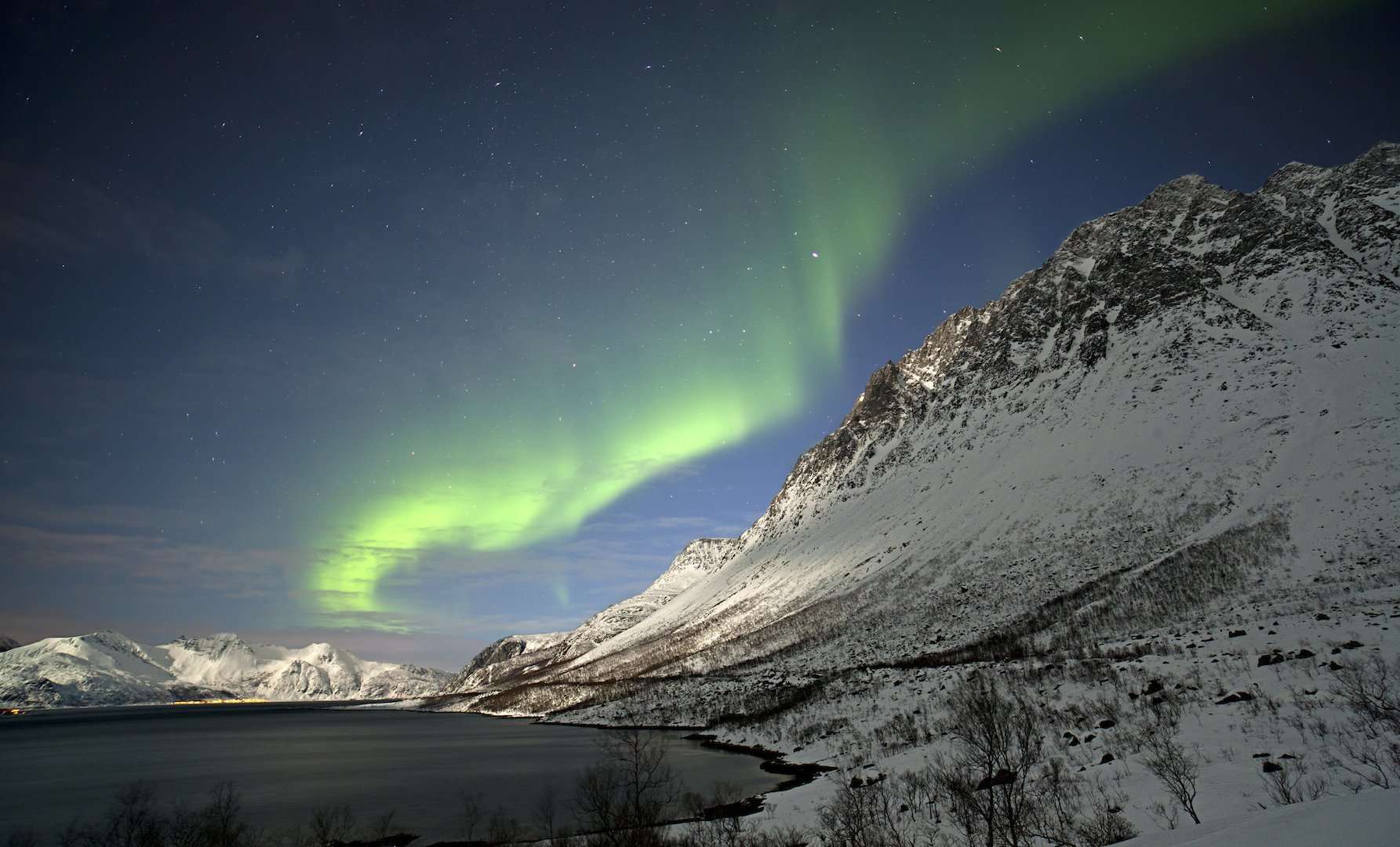 The Arctic Circle is the most northernly major circle of latitude, at approximately 66°30′ N. It marks the area within which, for one or more days each year, the Sun does not set (June 21) or rise (December 21), and the length of continuous day or night increases northward. It has its southern counterpart which is called Antarctic Circle. Interestingly, the position of the Arctic Circle is not fixed: it depends on the Earth’s axial tilt and it’s currently drifting northwards about 15 m/year.

Climate beyond the Arctic Circle

The climate of the Arctic is characterized by long, cold winters and short, cool summers. Most of the arctic region is north of the tree line, has permanent snow and ice, and permafrost (permanently frozen ground). However, thanks to the compensating effect of the Gulf Stream, the Atlantic coast of Europe (Norway and Russia) is ice-free all year and their climate is classified as subarctic despite being north of the Arctic Circle. Other factors affecting the climate are elevation, proximity of the sea and topography.

Life beyond the Arctic Circle

Despite the rough, unfavourable conditions, especially during the winter, some areas of the Arctic have been inhabited by indigenous peoples for thousands of years. As of today, around 4 million people lives north of the Arctic Circle (for example in Hammerfest, the northernmost town in the world with more than 10,000 inhabitants, and home of the Royal and Ancient Polar Bear Society (Isbjørnklubben)), and more and more tourists are visiting the area looking for an adventure either during the Midnight Sun or the Polar Night, and to catch the Northern Lights. Since they live beyond the possibility of any agricultural activity due to the climate, the main source of income has always been fishing, trapping, hunting and pastoralism, and recently, starting to exploit the area’s natural resources.

You may find this article by The Atlantic about living in Tromso interesting, which attempts to explain how locals have a different view on the Polar Night and how they cope with the long winters.