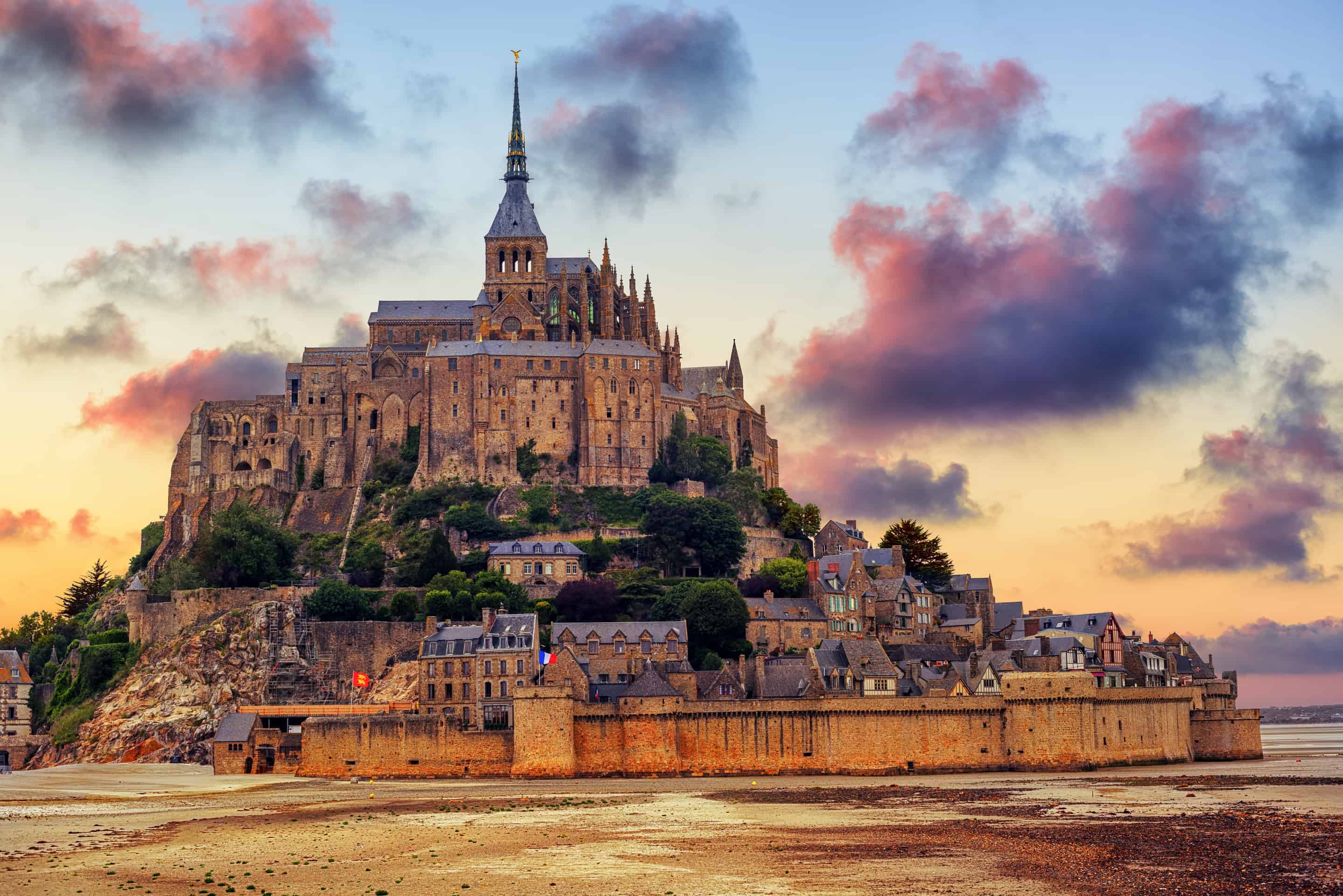 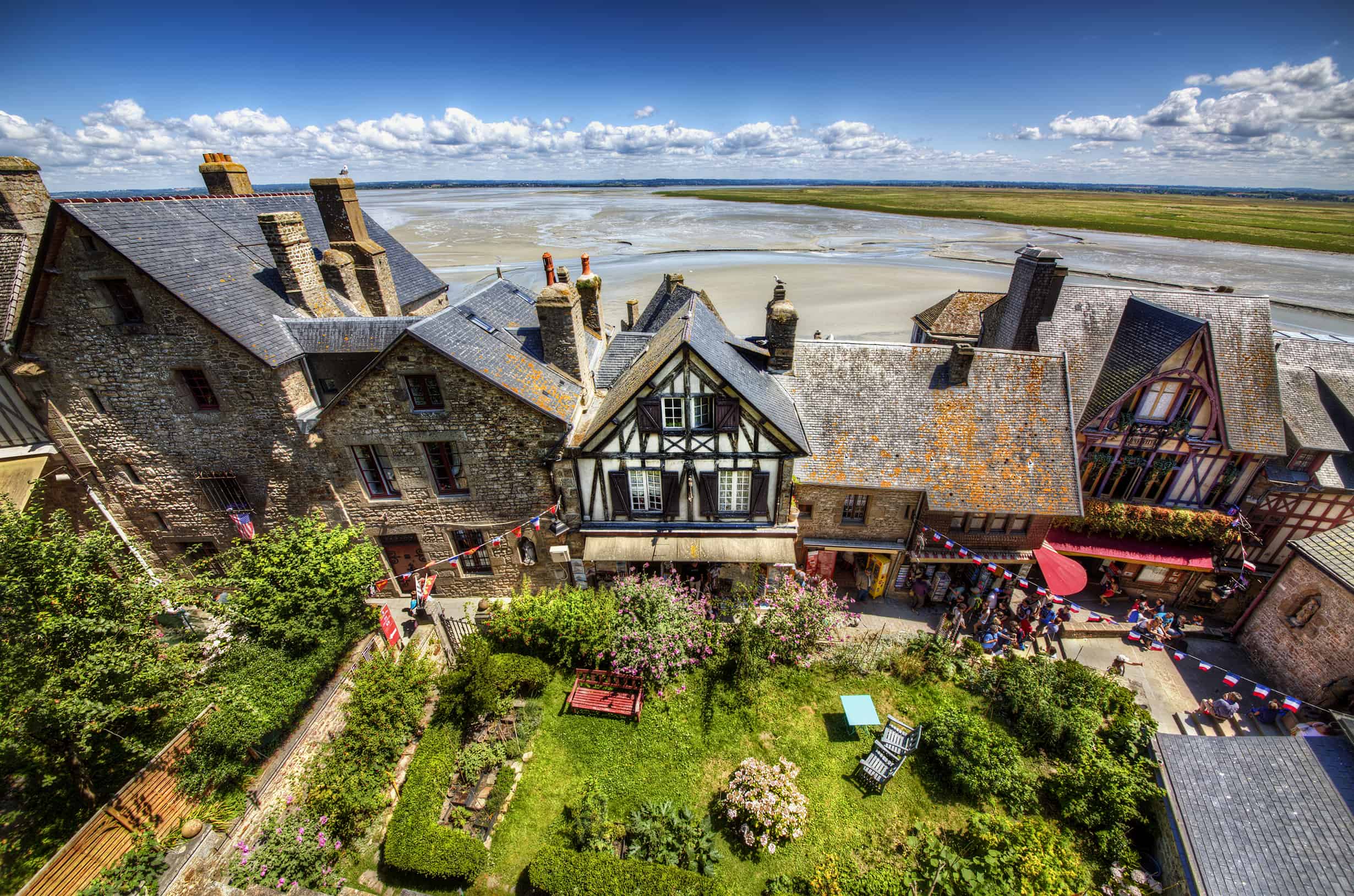 The tour of Mont-St-Michel is iconic, a UNESCO World heritage site on the Cotentin peninsula close to Saint Malo has amazing history.  A rocky outcrop of spires and ramparts rising up from the sea, Mont St Michel is one of France’s most iconic images.

The monastery of St Michel began as a dream. In 708 AD, Saint Aubert, the Bishop of nearby Avranches, claimed to have had a vision of Saint Michel (St Michael) who urged him to have a church built atop le mont or the island.  Located in the bay where Normandy and Brittany meet, famed for having Europe’s highest tidal variations, the rocky island seemed an unlikely place for a religious centre, but pilgrims soon came. In 966, a Benedictine abbey was built on the island and Mont St-Michel became a centre of religious learning, attracting the brightest minds and most talented artists from around Europe. Pilgrims came from around Europe, despite its location in the crosshairs of the long tensions between England and France.

In 1203, the monastery was partly burned when King Philip II of France tried to capture the mountain. Philip compensated the monks by paying for the construction of the monastery known as La Merveille (‘The Wonder’), a masterpiece of Gothic architecture. Highlights include the refectory, with its high and narrow windows, and the cloister, home to fine sculptures. Make sure to take in sweeping views of the beautiful coast from the ramparts, built to deter English invasion. The street leading up to the abbey is home to houses and other buildings dating back to the 14th century, now converted into restaurants and shops aimed at the tourist trade.

The monastery declined in the 18th century, and was converted by Napoleon into a prison, after the french revolution, known as the bastille des mers (or the ‘bastille of the sea’). The island ceased to be a prison in 1860, and soon after became a tourist destination.

Mont St–Michel was recognised by UNESCO world heritage as an important historic and cultural monument in 1979. 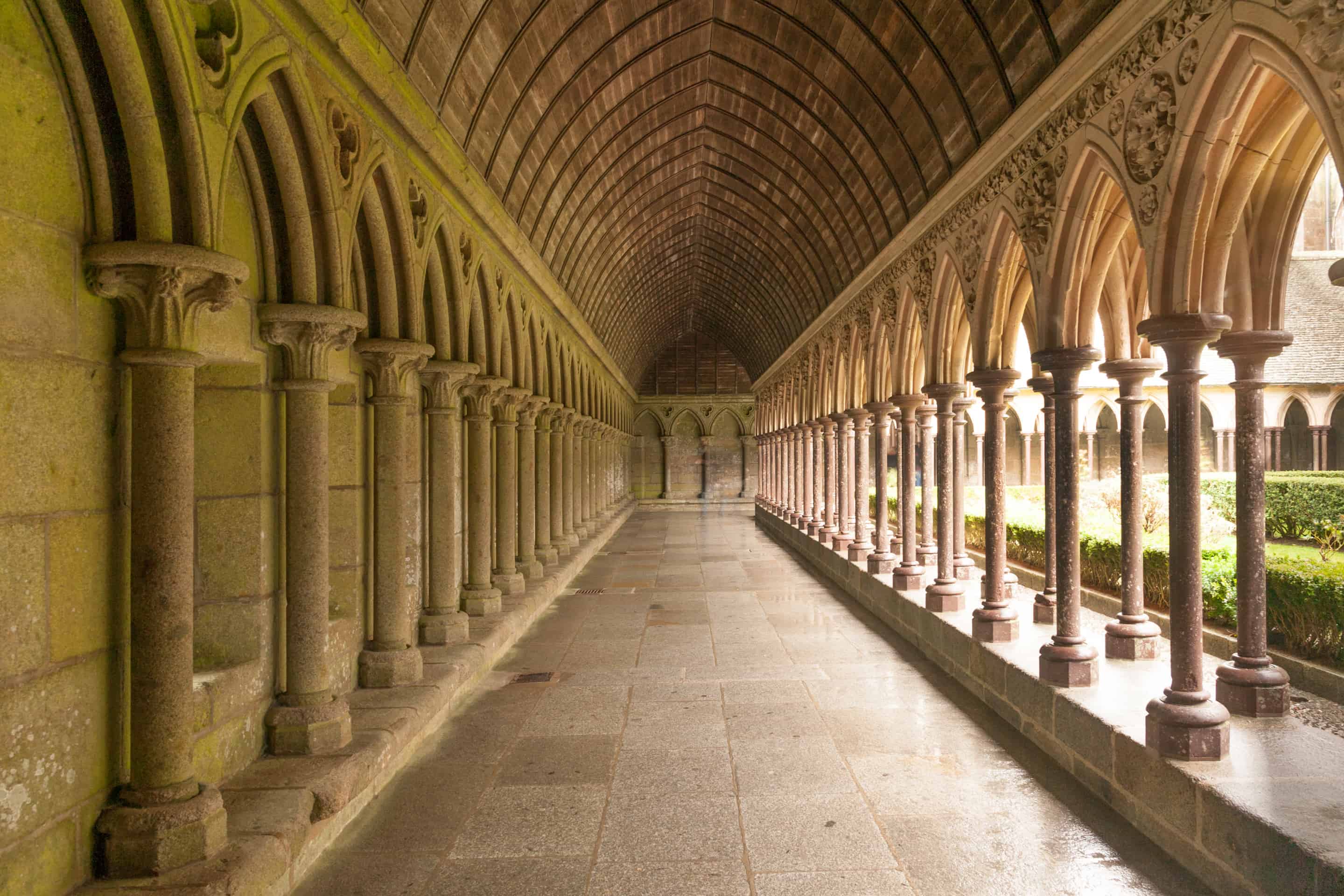 Today, on a tour of Mont-St-Michel, is a living village with a population of around 44 inhabitants, mostly monks and nuns residing in the abbey. The permanent population are dwarfed by the tourists, who number over 2.5 million a year. Guests are welcome to make a self-guided tour around the island, though many choose to come as small group tours from Paris.

In order to preserve the natural beauty and historic architecture of the island, it is impossible to reach directly by car. Instead, park on the mainland and take the regular shuttle bus to the island. If joining the crowds on the shuttle doesn’t appeal, consider booking a horse-drawn carriage and contemplate the majesty of this historic monument in style.

Prepare to walk considerable distances on the day of your visit. From the main entrance, it’s a considerable climb up to the abbey, with several steep flights of stairs. If you need a rest, make sure to visit La Mere Poulard for one of their signature omelettes. In business since 1888, La Mere’s fluffy omelettes are rumoured to be some of the best in the world. The restaurant has served several notable visitors to the island, including Ernest Hemingway, Marilyn Monroe, and Yves Saint Laurent.

While it is possible to reach the monastery on a day tour by train from central Paris, it’s an exhausting journey. Instead, consider staying at a hotel in the region and taking in the many historic sites of the Normandy coast in addition to your Mont-Saint Michel tour. Lovers of medieval history will enjoy the Bayeux Tapestry, the abbey church and chateau of William the Conqueror at Caen, and the gothic cathedral at Rue, while the region is an ideal departure point for an exploration of World War II history, in close proximity to the D-Day Beaches and the American Cemetery.