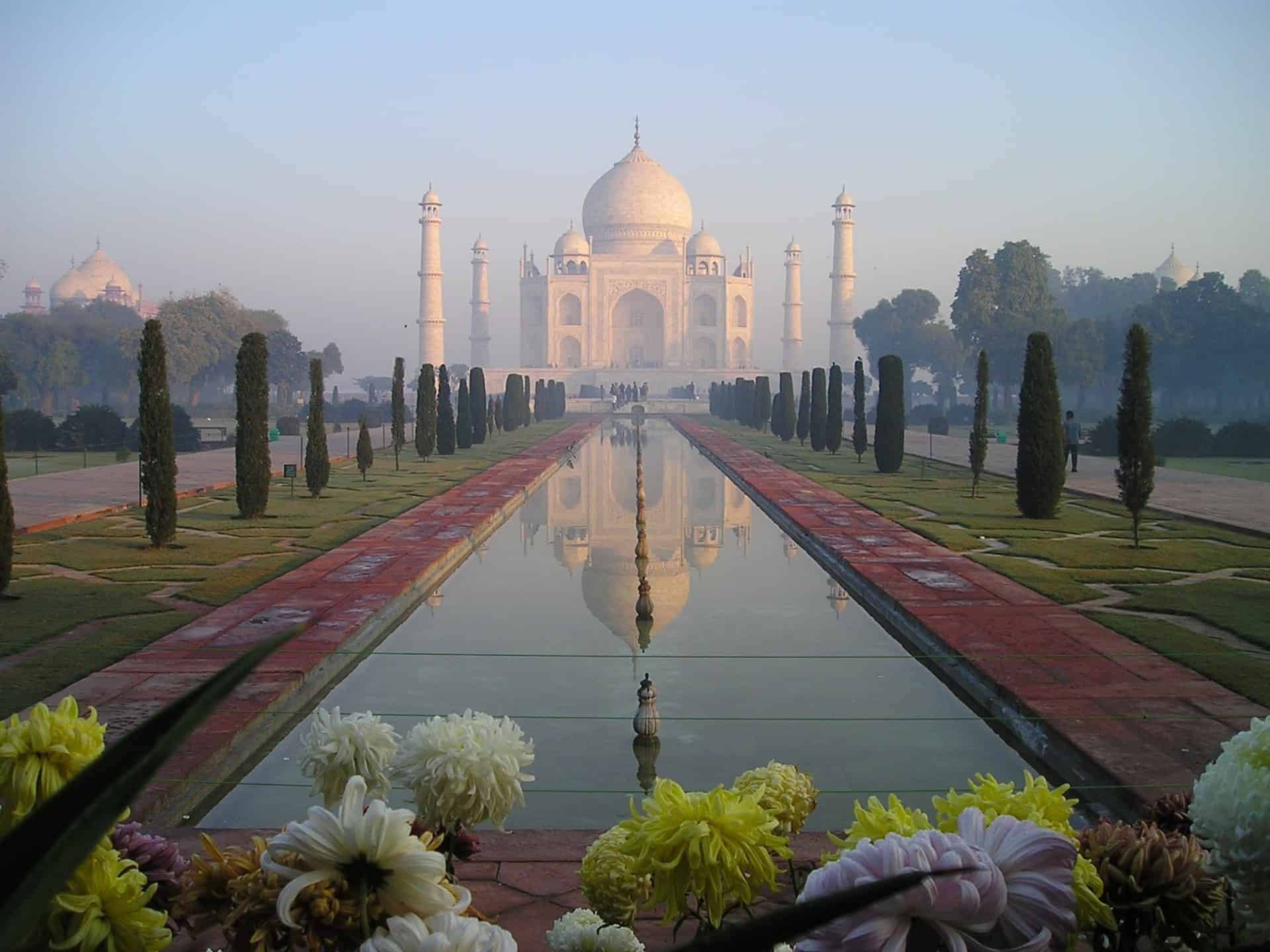 Tourists come to Agra from all over the world to view the amazing Taj Mahal, one of the world’s most celebrated and iconic buildings. But while the Taj more than lives up to the hype, make sure to get off the tourist trail on your Agra visit, and you’ll find a grand Mughal city full of fascinating historic sites.

The city was founded in 1501 by Sultan Sikander Lodi, as the capital of the Delhi sultanate. Just over 20 years later, Emperor Babur defeated the last Lodi Sultan at Panipat, 90 km to the north, and the Mughal dynasty was founded, expanding over swathes of northern India. Agra was the capital of the Mughal Empire during the reigns of Jahangir, Akbar, and Shah Mahan. It was during this period that the city reached its peak of magnificence, with the grand structures of the Taj Mahal and the other mausoleums built along the banks of the Yamuna River.

In 1761, Agra fell to the Jats, a warrior class who looted its monuments – including the Taj Mahal. The city was then passed to the Marathas, before falling under British rule in 1803. In the early 20th century Agra was a centre of heavy industry, but today the city’s main trade is the millions of tourists brought by the Taj Mahal.

The Taj Mahal was built as a mausoleum by the great Mughal emperor, Shah Jahan, to commemorate his favourite wife, Mumtaz Mahal, who died in 1631. Seeking to build a structure that would ‘make the sun and the moon shed tears from their eyes’, the building took over twenty years to complete, and employed over 20,000 workers, with experts being brought from as far afield as Europe to produce the stunning marble work. Following his death in 1666, Jahan was buried alongside his beloved Mumtaz. The Taj Mahal is recognised today as the pinnacle of Mughal architecture and among the most beautiful buildings in the world.

Beyond the Taj, Agra has a host of magnificent buildings. The Agra Fort is one of India’s finest Mughal forts, a palatial complex in red sandstone and marble. Construction began during the reign of Shah Jahan’s grandfather, Emperor Akbar the Great. Jahan transformed the fort into a palace. Ironically his grand creation would become his gilded cage where he was imprisoned for eight years after his son Aurangzeb seized power in 1658. Make sure to visit Jehangir’s Palace, built in a combination of Indian and Central Asian styles by Akbar as a residence for his son and heir.

Akbar is memorialised at his Mausoleum, another architectural masterpiece of beautiful pink-hued sandstone and marble. A huge gate, flanked by four minarets welcomes you in, while the interior is strikingly inlaid in multi-coloured geometric and floral patterns.

Nicknamed the ‘Baby Taj’, the Itimad-ud-Daulah is the resting place of Mizra Ghiyas Beg, a Persian nobleman who was Chief Adviser to Emperor Jehangir, and the grandfather of Mumtaz Mahal. While it lacks the grandeur of the Taj Mahal, it makes up for it in delicate beauty thanks to the intricate marble lattice screens.

Agra is famous for its marble items inlaid with precious stone, similar to that found at the Taj Mahal – to pick some up as a souvenir, head to the local markets in the city center, where you can find fine marble work along with other traditional handicrafts. Animal lovers should also make a day tour to the Elephant Conservation Centre as part of their stay in Agra. Run by Wildlife SOS, an Indian not-for-profit, the centre provides rehabilitation and medical care to wounded elephants. Volunteers are welcome for the day, and visitors may have the opportunity to help prepare the elephants’ lunch.

Located in the state of Uttar Pradesh in India, Agra is easily visited from a number of cities in northern India. The trip from Delhi to Agra by Shatabdi Express railway is only around two hours. It also takes around four hours to travel to Agra from Jaipur by train. A hotel in Agra is an ideal launching spot from which to explore the region, including the sacred city of Vrindavan, held by Hindu tradition to be the childhood home of Lord Krishna.