William Morris at the Art Gallery of South Australia 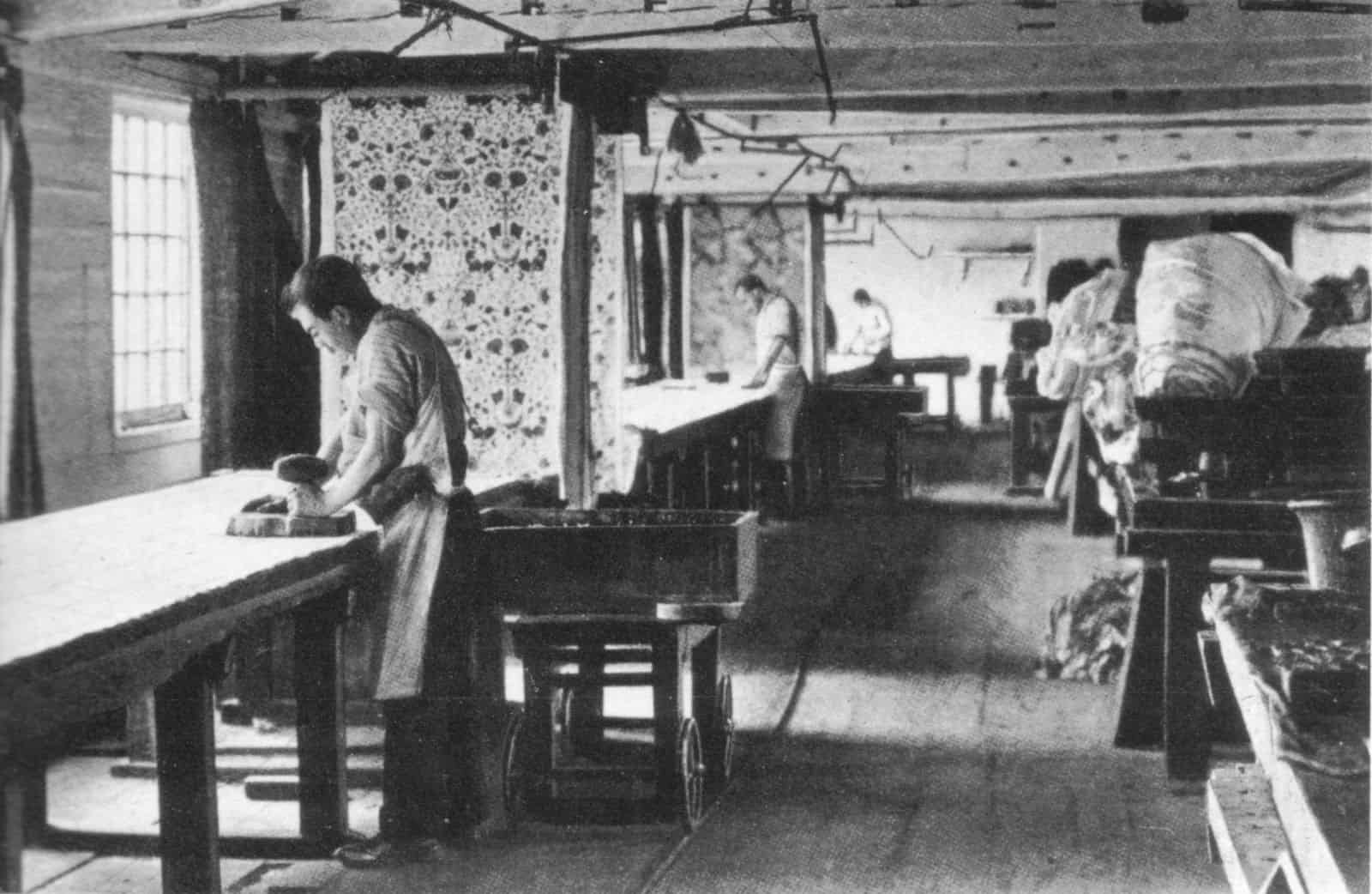 William Morris at the Art Gallery of South Australia

A lesser-known Adelaide highlight is the Morris & Co. collection at the Art Gallery of South Australia, the world’s second biggest collection of Morris decorative arts after the Victoria and Albert Gallery in London.

About William Morris and Morris & Co.

Textile designer, interior decorator, novelist, poet and socialist activist William Morris was one of the most influential figures of the Victorian Era in Great Britain. His designs generated the Arts and Crafts movement, which revolutionised English taste in the late 19th century.

Morris was born to a well-to-do family in Essex. He studied at Marlborough College, and then Exeter College, Oxford, where he became lifelong friends with Edward Jones (later the painter Burne-Jones). Jones and Morris came under the influence of the Oxford movement within the Church of England, which sought a renewal of Roman Catholic thought within the Anglican church, and aimed to become a clergyman, but he abandoned this ambition when he was influenced by the thought of the critic John Ruskin, who argued for the social and moral basis of architecture.

Morris developed a passion for medieval art and architecture, and fell in with the Pre-Raphaelite Brotherhood of painters influenced by medieval art and mythology. At this time, he married the artist’s model Jane Burden, but the marriage would prove to be unhappy for both partners.

After his marriage, Morris commissioned his friend, the architect Philip Webb to design the Red House at Bexleyheath. While working on the project, Morris had the idea of decorating the house with works of fine craftsmanship. Inspired by the experience, Morris and his friends founded the decorative arts firm of Morris, Marshall, Faulkner & Company.

Morris’s decorative arts quickly took off. At the International Exhibition of 1862 the firm exhibited stained glass, furniture, and embroideries, and the company was soon hired to create a series of decorative panels, designed by Burne-Jones, for Jesus College Chapel, Cambridge. Morris also achieved success as a poet, with the romantic poetry The Life and Death of Jason (1867) and The Earthly Paradise (1868-70). He visited Iceland in 1871 and 1873, which would prove a continual source of inspiration.

Today, Morris is best-known for his wallpaper designs, which drew on native English flora and experimented with vegetable dyes.

Morris became involved in the nascent socialist movement, joining Henry Mayers Hyndman’s Democratic Federation before quarrelling and forming his own Socialist League, and touring industrial areas to spread socialist ideas. On ‘Bloody Sunday’ in 1887, he led a banned demonstration through the streets of London, walking side-by-side with playwright George Bernard Shaw. His romances, published in The Commonweal, now envisioned a socialist rural utopia.

Morris died in 1896, worn out from a journey to Norway. He is today regarded as a pioneering figure in a number of fields. His emphasis on quality individual craftsmanship is regarded as influencing the ethos of the Bauhaus movement, while his desire to protect the natural world from the ravages of industrialisation has led some to regard him as an early influence on the environmental movement. Textile designs by Morris for Morris & Co remain in production today, while his works are displayed in museums across the world.

For more on Morris, take a look at our article on important personalities of Queen Victoria’s Britain.

Perhaps ironically, given Morris’s socialism, the designs of Morris & Co. became the fashionable choice of late-Victorian Britain’s middle and upper classes, what Morris biographer Fiona MacCarthy calls “the safe choice of the intellectual classes, an exercise in political correctitude.” This was particularly apparent in the growing colony of South Australia, where upper and middle class families decorated their homes in the latest fashions from Morris & Co in order to project their cosmopolitanism.

Morris’s biggest patrons were an Adelaide couple, Robert and Joanna Barr-Smiths, who furnished their seven houses almost exclusively with Morris & Co wallpapers, tapestries, and furniture shipped all the way from England. The Barr-Smiths influenced the wealthy circles of Adelaide, who decorated in Morris & Co and built their houses in the emerging Arts and Crafts style.

As early as 1899, the curator of the Art Gallery of South Australia sought to buy some of the Barr-Smiths’ Morris objects, but the first purchase of a tapestry, The Adoration of the Magi was made in 1917 from George Brookman. In 1982, the descendants of the Barr-Smiths donated their first Morris & Co. objects, and the Gallery has since developed an extensive collection from local objects and others bought from London.

In particular, the Art Gallery of South Australia’s collection includes a number of designs by May Morris, William Morris’s daughter, and one of the leading woman artists of the Arts and Crafts movement. May continued her father’s innovations in the resurrection of free-form embroidery, developing a style that emphasised the creativity and personality of the individual embroiderer. A prominent lecturer of embroidery, in 1907 she and Mary Elizabeth Turner formed the Women’s Guild of Arts, as the Art Workers Guild did not admit women.

In December 2019, the Morris collection underwent a significant redesign for the first time in several years.

The William Morris interiors of the Barr-Smiths can also been seen at Auchendarroch House in the Adelaide Hills, a palatial mansion with restored Morris wallpaper and light fixtures, today open to the public as a restaurant and venue space.

Odyssey Traveller visits Auchendarroch House in the Adelaide Hills, and the Art Gallery of South Australia as part of our tour of Adelaide. Staying in a hotel in Adelaide city for eight nights, our guided tour explores the city centre, visiting the historic North Terrace, Adelaide Gaol, and the Botanic Garden. We also make a walking tour of the museums of Port Adelaide.

Odyssey’s Adelaide tour also explores the surrounding region on a series of day tours. We make a day trip to the Barossa Valley, where we explore the history of German settlement and enjoy a wine tasting and lunch in a local restaurant. We also head down the Fleurieu Peninsula, where we view Kangaroo Island, before stopping in the McLaren Vale Wine Region for lunch and a tasting of the celebrated local wine. Our tour also makes a river cruise down the Murray River, and a trip through the Adelaide Hills.

Our Adelaide city tour also gives you plenty of opportunity to feast on the world-famous local food and wine. In addition to our trips to the wineries of the Barossa Valley and McLaren Vale, we visit Central Market and Chinatown in the city centre.

If you’re interested in visiting Adelaide, why not join an Odyssey tour? Every Odyssey guided tour is designed especially for mature and senior travellers who seek an authentic and informed experience of their destination. Our tour guide is chosen for their local knowledge, and we move in small groups of 6-12 guests.

There’s never been a better time to explore Australia: click here for more information on our Australia tours.