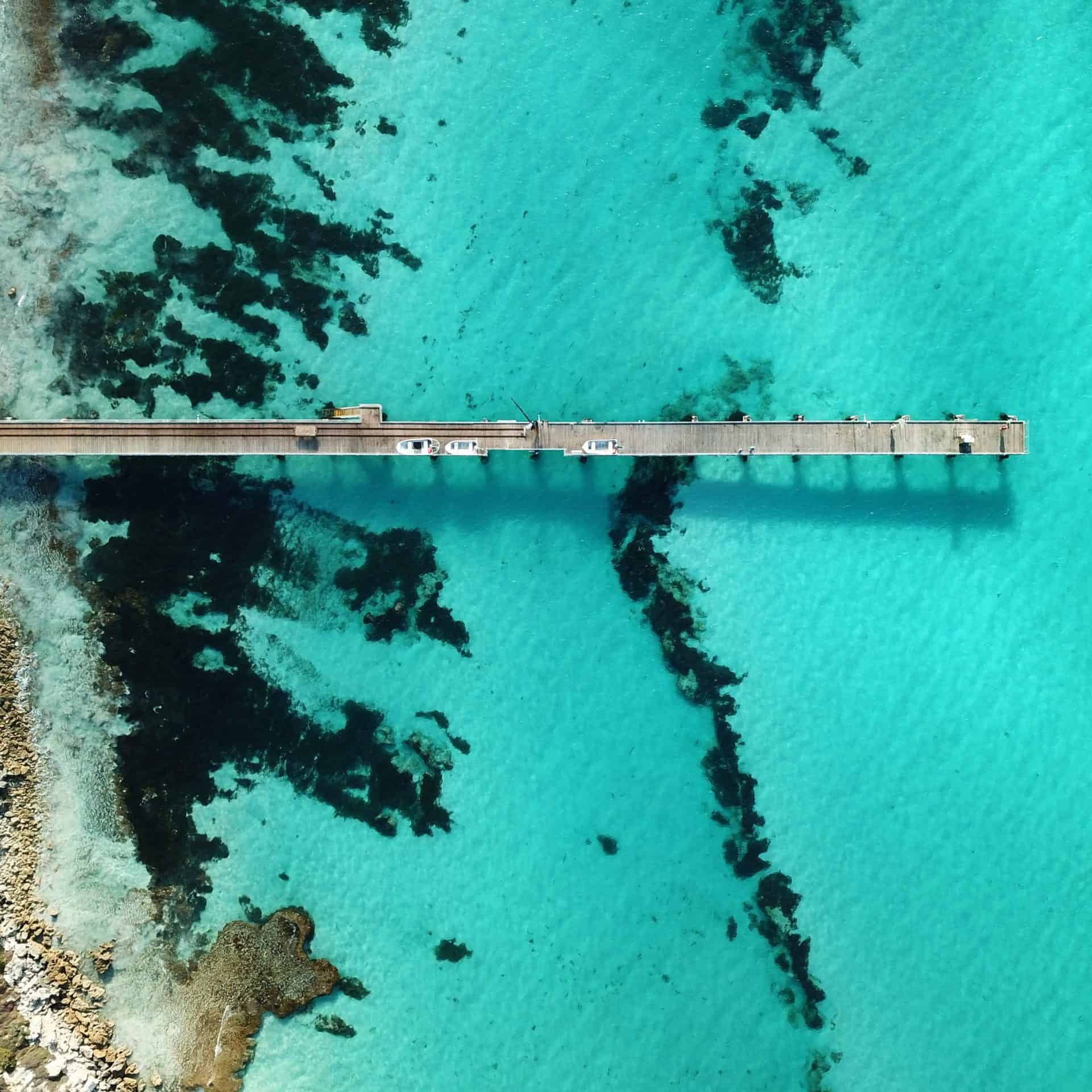 Kangaroo Island separated from the Australian mainland around 10, 000 years ago. It was known as Karta or ‘Isle of the Dead’ to mainland Aboriginal groups, likely because a creation being from the dreamtime, Ngurunderi, crossed to the island before travelling to the Milky Way. The spirits of the dead were believed to follow his track into the afterlife through the sky.

There is plenty of evidence, however, that the island was occupied by Aboriginal groups. Stone tools were found at several points around the island. It is likely that the first humans reached the island around 16, 000 years ago, before it split from the mainland, with the island populated until around 2,000 years ago.

The first European to visit Kangaroo Island was Matthew Flinders, who named it Kanguroo Island after the particular sub-species of western grey kangaroo endemic to the island. The French explorer Nicholas Baudin first circumnavigated and mapped the island, giving it the French names that are still in use today.

Kangaroo Island was first settled by Europeans in 1836. The biggest town, Kingscote, was the first settlement in South Australia, and was for a time floated as the capital of the new colony, before it was realised that the island did not have the resources to support a large population. Other towns include Penneshaw, on the eastern edge of the island, and American Creek, on the north coast between Penneshaw and Kingscote.

Today, the main industries on Kangaroo Island are tourism and agriculture. The island is one of the biggest tourist destinations in South Australia, attracting over 140, 000 visitors per year.

A major attraction is the Remarkable Rocks in Flinders Chase National Park, orange-lichen covered granite boulders shaped by the sea, wind, and rain into a number of strange shapes. Flinders Chase National Park is also home to rare Australian animals, including tammar wallabies and the platypus. At Admirals Arch, a stalactite-covered rock bridge, look for sunbathing New Zealand fur seals.

Seal Bay Conservation Park on the island’s south coast is the only place in the world that you can walk among endangered Australian sea lions, either on a boardwalk, or by 45-minute guided tour.

Kangaroo Island is home to a wealth of other Australian wildlife species. Look for kangaroos, wallabies, and koalas as you walk around the island. Troops of black swans marshal around American River, while echnidas and goannas can be seen throughout the island. Take a sea cruise, and see whales, dolphins and seals. In Lathami Conservation Park and Baudin Conservation Park, spot rare birds, including the glossy black cockatoo, endangered and endemic only to Kangaroo Island.

Kangaroo Island is also renowned for its quality food and wine. The island has over 30 wine-growers and 12 wineries, as well as a spirits distillery and craft brewery. Restaurants serve up fresh seafood, and markets sell local cheese. Kangaroo Island is also particularly known for its honey as the home of the world’s only disease-free colony of Ligurian bees.

If you’re interested in visiting the pristine wilderness of Kangaroo Island, think about joining Odyssey Traveller’s Tour of Adelaide. Our tour spends eight nights in hotel accommodation in the city, exploring the history and culture of Adelaide. We make a guided tour of the historic city centre and North Terrace, and visit the Botanic Garden and Art Gallery of South Australia. We also head to Port Adelaide, in order to visit the Maritime Museum and Railway Museum.

Getting out of Adelaide city, our tour makes a number of day trips through the surrounding region. We head to the Barossa Valley to explore the history of German settlement, and enjoy a wine tasting. We also make a day trip down the Fleurieu Peninsula, stopping off for a tasting and lunch at a local restaurant in the McLaren Vale Wine Region. Our tour also includes a day trip through the Adelaide Hills, and a cruise down the Murray River.

South Australia is internationally renowned for the quality of its food and wine, and our tour gives you plenty of time to feast on local produce at the Central Market in Adelaide’s CBD.

Odyssey Traveller has been serving mature and senior travellers since 1983. We specialise in providing an authentic and engaged experience of our destinations, with local guides, small groups, and a focus on history and culture. If that interests you, click here for more information on our Adelaide tour, and here for more on our Australia tours.