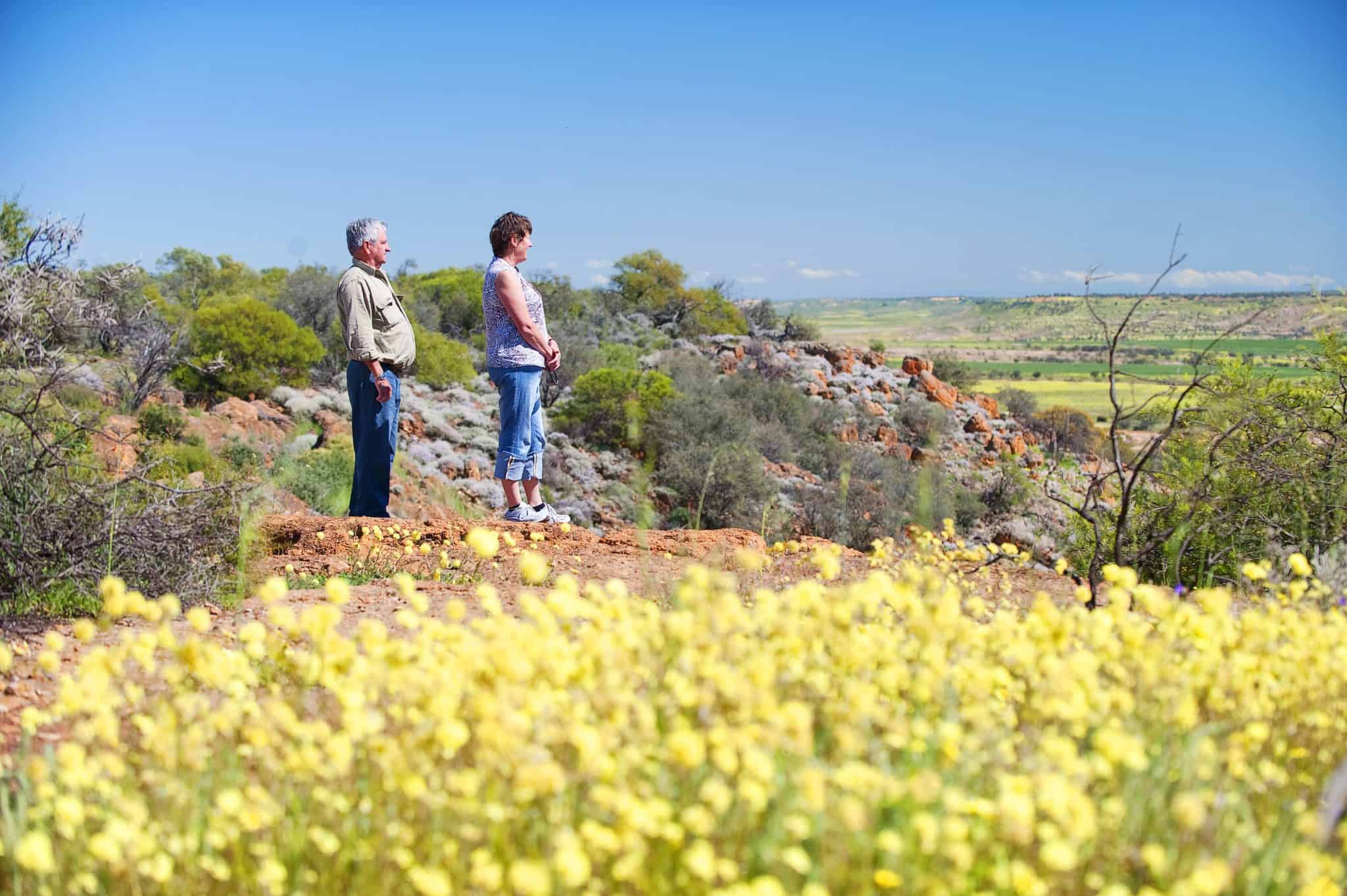 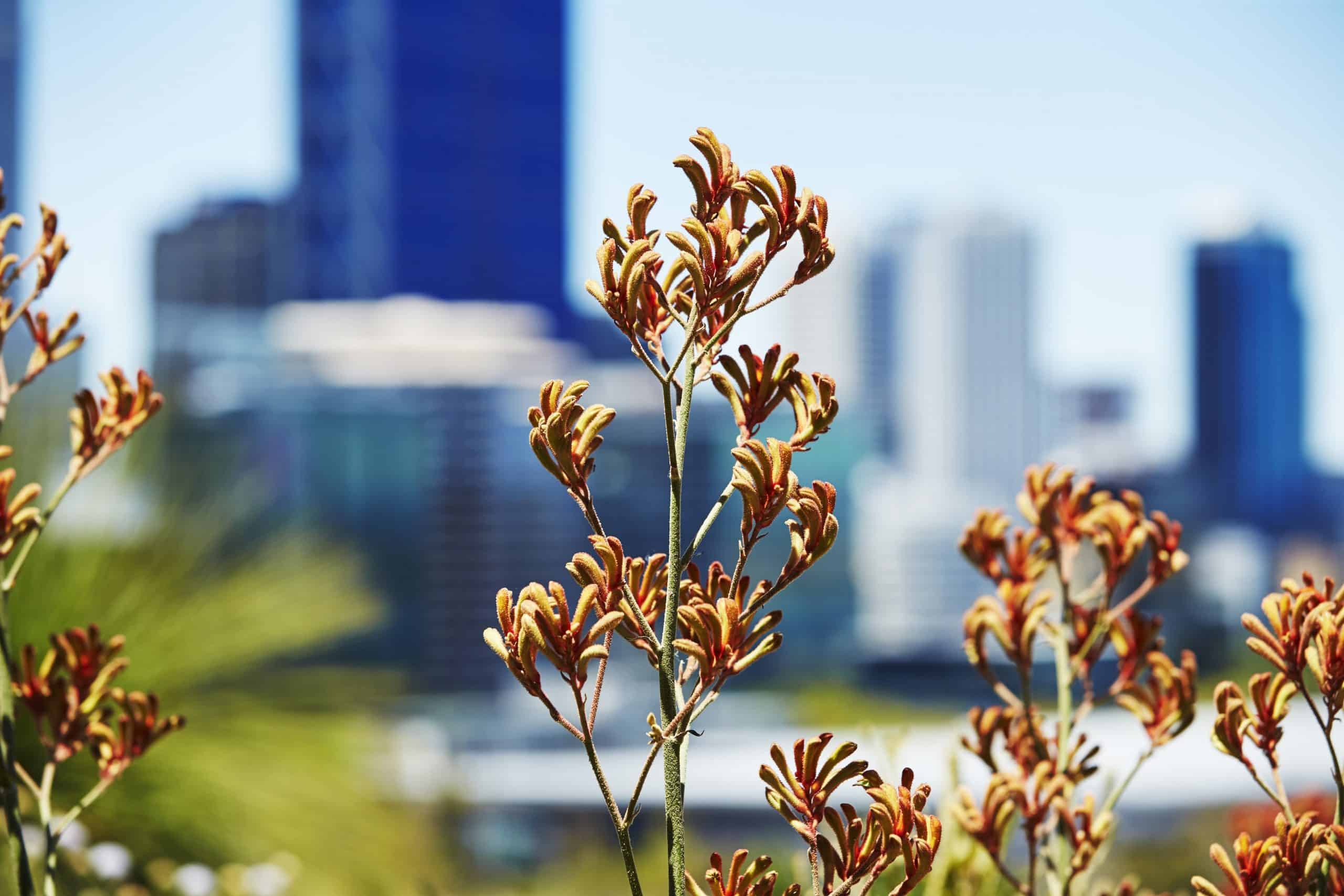 The six-month wildflower season moves north to south, beginning in June in the Pilbara, Goldfields and Coral Coast, before moving south, reaching Perth in September, and ending in October and November in the south west corner of the state, which is recognised as a ‘biodiversity hotspot’ (one of 34 world-wide and only two in Australia), for its incredible collection of wild blooms. This biodiversity in fauna is partly due to the vegetation cover of the Mallee. A tree type that was prevalent across the southern belt of Australia, adapted to the sandy soils of the south.

Odyssey Traveller is giving you the opportunity to join us on a wildflower tour of Western Australia this spring. Our wildflower trail focuses on the south west region of Western Australia. We begin by heading north to the wheatbelt town of Moora, from where we visit Lesueur National Park, home to several species of Western Australia‘s unique wildflowers. The national park is home to acacias, hibbertias, leschenaultias, melaleucas, gastrolobiums, and several species of orchids. The wheatbelt is home to significant amounts of leschenaultia macrantha, a species unique to Western Australia. Nearby, our tour joins the ‘wildflower way’, joining at Mullewa, and stopping off at 15 spots on the way to Wubin. After this, our wildflower tour heads west into the outback, stopping at the Avon Valley centre of Merriden, and the ‘wild west’ town of Kalgoorlie, before heading to the wildflower hotspot of the south west.

We begin our tour of the southwest in Esperance, where we take the Esperance wildflower trail, taking in stunning coastal scenery and the verdant flora. Our visit coincides with the Esperance wildflower festival. Heading back to Albany, we stop in at Cape le Grand National Park, where we can see several unique species of banksia. Our tour of wildflower country concludes in the wine-growing region of the Margaret River, also home to spectacular spring wildflowers. Finally, we return from the Margaret River region to Perth, where we tour Kings Park bushland, overlooking the Swan River.

Below, here is our botanical guide to some of the incredible fauna you will have the chance to see on our wildflower tour of Western Australia:

Leschenaultia Macrantha is commonly known as the ‘wreath flower’ for its distinctive, natural, wreath like form. It flowers in sandy or gravelley soils in the Geraldton Sandplains and Avon Wheatbelt regions of Western Australia, from August to November. The distinctive, wreath-like form grows out from a central point, with the flowers forming in a roughly circular form.

The iconic cone-shaped Banksia got its name for Sir Joseph Banks, a naturalist on Captain James Cook’s Endeavor who collected the first specimens in Botany Bay, Sydney. Though Banksia grows all over Australia, the vast majority (over 90%) are found in southern Western Australia, in an area spanning from Esperance to Exmouth, far north of Perth.

Endemic to south-west Western Australia, the peculiar and bulbous flowering head of the kingia australis sprout after fire, their growth likely triggered by ethylene gas. Resembling grass trees when not in bloom, these flowers have a thick, black trunk that can grow up to eight metres.

Drosera myriantha or ‘sunny sundew’ may look pretty, but this pink flower, found from Perth to Albany, is actually a carnivorous plant. Drops of nectar on the petals look like morning dew, but is actually a sticky substance used to attract insects (or prey).

The first brachyscome, or Australian daisy, was spied by explorer William Dampier in 1699, in Shark Bay in Western Australia. Many Australian daisies were introduced to Europe in the 19th century, and the plants became popular with Australian settlers. Today, the Swan River variant is commonly cultivated as a private garden plant.

Darwinia collina, or ‘Mountain Bell’ is one of Western Australia’s most iconic flowers. Around 1.2 metres tall, this shrub produces downward shaped, yellow, flower like inflorescences. It is endemic only to a few small areas of the Stirling Range National Park on the south coast of Western Australia, and thus is considered an endangered species by the Australian Government.

Western Australia’s south west is home to more than 430 species of orchids. Bright yellow cowslips are easily found on a bush walk, while pink fairies, so called for their pink and white colouring, can be found close to the sea and in bushland in the Perth suburbs. Donkey orchids have yellow ears and a burgundy centre, and are easy to spot because they stand taller than the surrounding grass. White spiders, with long droopy wide petals tend to stand alone, but lucky visitors may find them in a group.

We hope you found this guide to some of the flora you might see on our wildflower tour of Western Australia interesting. To learn more about the tour, click here. You may also be interested in our tour of the Kimberley (click here), which (to name a few highlights) takes in the iconic Bungle Bungle mountains, stunning Broome on the Indian Ocean coast, and has the privilege to view some of the oldest Aboriginal artworks in Australia (which are among the oldest in the world), with which the traditional custodians of the Kimberley have maintained a continuing connection.

External articles to assist you on your visit to Western Australia: 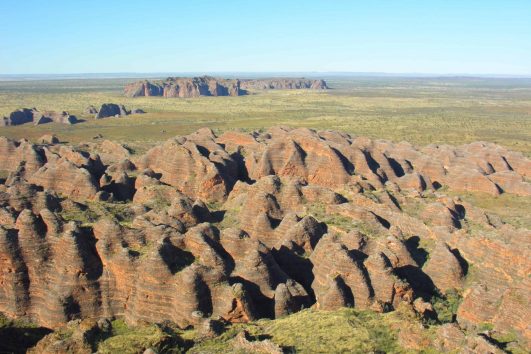