Highlights of Denmark | The Little Mermaid 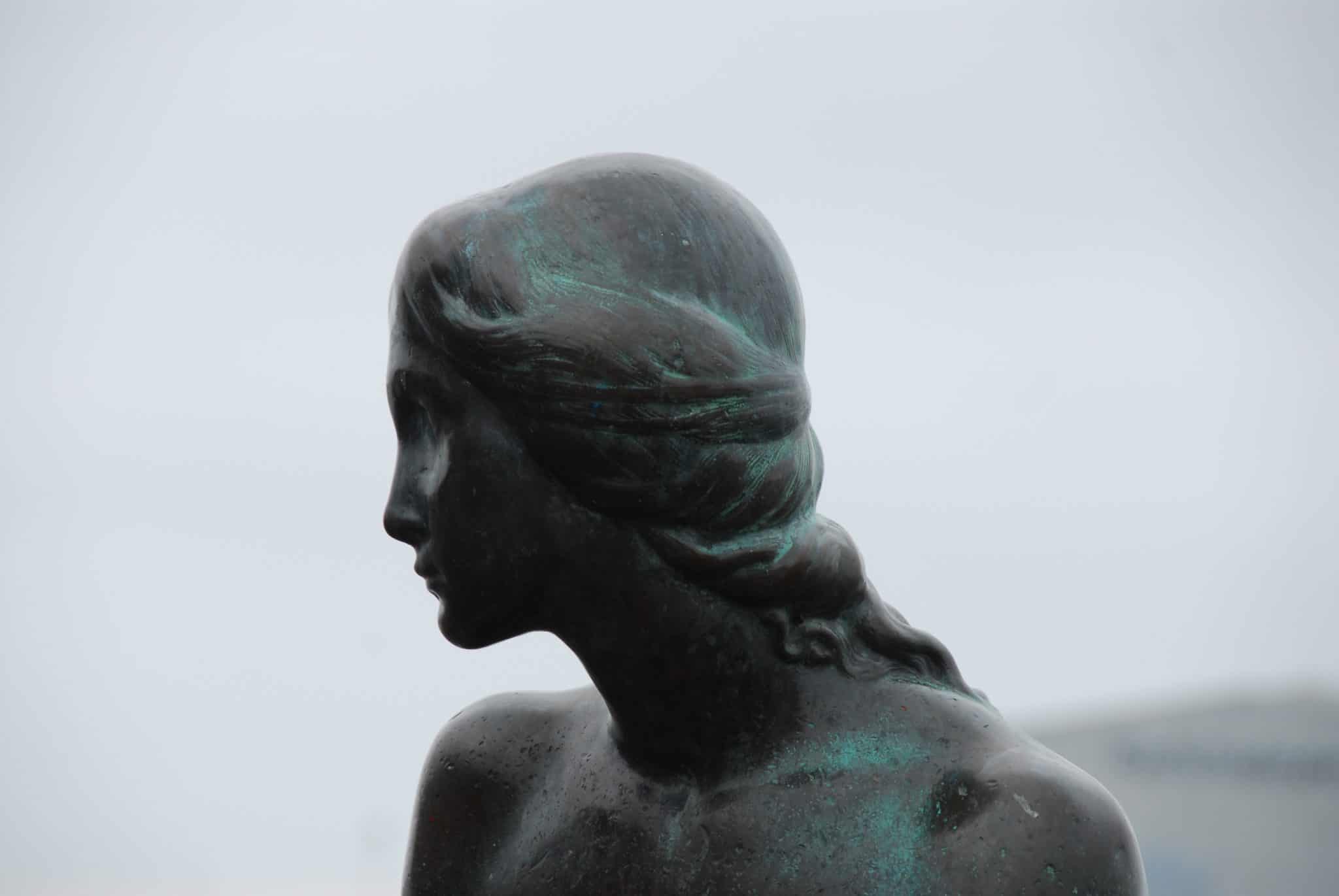 Highlights of Denmark | The Little Mermaid

The most photographed attraction of Copenhagen is not a royal palace or the world-famous amusement park Tivoli Gardens, but a statue of a mythical figure many may associate with a Disney film: the Little Mermaid. A bronze statue of the princess-cum-fish can be found sitting on a rock at the end of Langelinie Pier on Copenhagen’s harbour and draws countless visitors every year. The famous statue weighs 175 kg and truly is little, at only 1.25 metres tall. Over 100 years old, it is an unofficial mascot of the city and remains standing despite numerous vandalism attempts over the decades.

The History of the Statue

As discussed by Monique Roffey in The Guardian, mermaids

are figures of the male gaze, popularised by men from Homer to Hans Christian Andersen (The Little Mermaid) to Freidrich de la Motte Fouque (Undine). We have created mermaids as seductive nymphs, alluring but dangerous as they tempt sailors on to the rocks, as in the Odysseus myth. Often the source of blame, or the result of a curse, mermaids are also shamed and exiled. So the mermaid is in some ways powerful and divine but she is also a woman trapped and de-sexed.

Han Christian Anderson’s fairy tale The Little Mermaid was first published in 1837 and tells the story of a young mermaid who is willing to give up her life in the sea to gain a human soul, after her grandmother tells her humans have an eternal soul that lives on in heaven. Longing for a prince that she has seen on land and fallen in love with, the young mermaid visits the Sea Witch in a dangerous part of the ocean and trades her tongue and voice for a potion that will give her legs. Unlike many of the more recent adaptations, Anderson’s version ends more tragically as the Prince marries another princess, breaking the Little Mermaid’s heart.

In 1909, Carl Jacobsen, the son of the founder of Carlsberg, fell in love with the story after watching a ballet performance of The Little Mermaid at the Royal Danish Theatre in Copenhagen. He commissioned sculptor Edvard Eriksen to create the bronze statue and asked the ballerina Ellen Price to model for the statue. Price agreed but she refused to model nude so her likeness was only used for the statue’s face and Eriksen’s wife, Eline Eriksen, modelled for the body of the statue. The statue was unveiled August 23, 1913 and is intended to depict the young mermaid looking longingly at the shore, hoping to catch sight of her beloved prince.

Although the young mermaid survived the Great Depression and the World Wars, she has been defaced, decapitated and vandalised many times in her lifetime. In April 1964, the Little Mermaid was attacked for the first time when she was brutally beheaded with a hacksaw. Her head was never recovered but thirty or so years later, an artist named Jorgen Nash claimed he was responsible for the 1964 decapitation and that he had done it in a fit of rage after his lover left him. She was given a new head but two decades later, in 1984, her arm was amputated by two drunken young men who returned it the next day.

In 1990 came a failed decapitation attempt that left a deep cut in her neck and eight years later, her head was stolen yet again. Murder squad detectives were called in to help solve the mystery this time but the head was returned, mysteriously and anonymously left outside a Danish television centre. In 2003, the entire statue was found floating face down in the harbour after the statue was blown off her rock with explosives. At the time, the attack was rumoured to have been the work of anti-war protesters, who were angry at Denmark’s involvement in the Iraq war. Red paint has also been poured over the statue several times.

In 2010, the Copenhagen City Council arranged to move the statue to Shanghai for the Expo 2010 (May to October), which was the first time she had been moved officially from her perch.

In 2017, the Little Mermaid was vandalised twice, once with the message ‘Denmark defend the whales of the Faroe Islands’, protesting against whaling happening in the Faroe Islands and then again two weeks later when ‘Free Abdulle’ was written in front of the statue. Police believe this was in reference to Abdulle Ahmed, a Somalian refugee who has been detained in Denmark for over a decade. Just recently, on 13 January, 2020 was spray-painted with a ‘Free Hong Kong’ slogan.

The sad, mythical maid has survived countless indignities over the year but can still be visited today. It is free to visit and located in a public part of the city but it is potentially the city’s most famous tourist attraction so expect crowds. The statue is a 20-minute walk from the colourful Nyhavn area of the Danish capital and is just a short bus ride from downtown Copenhagen. The small sculpture is also located near the fortress of Kastellet, also known as the Citadel, and Amalienborg Palace. From here, you can enjoy a walk along the promenade and catch some of the city’s great harbour views. granite

If you’re interested in seeing some of Copenhagen’s most beloved and popular tourist attractions then you may want to check out Odyssey’s tour of Denmark and Scandinavia tour, which both visit the Little Mermaid.