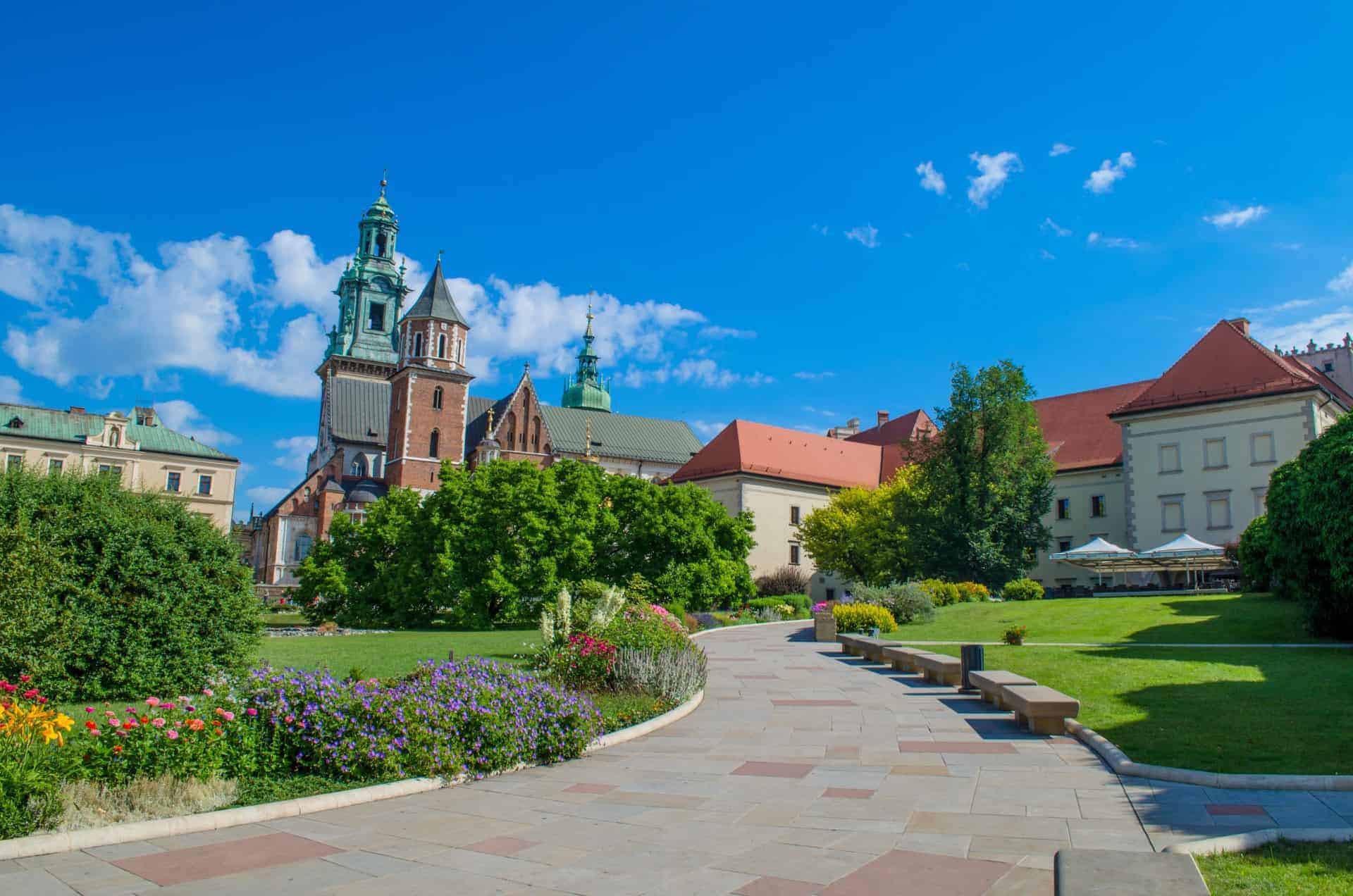 Castles, Palaces, and Other Historic Sites of Poland

Poland, situated in central Europe between Russia and Germany, welcomes many travellers eager to know more about its history and see its natural beauty. Warsaw is its capital and largest city, and the city’s motto, Contemnit procellas (“It defies the storms”), is testament to the city’s–and the country’s–perseverance, rising several times from the ashes after being destroyed by wars and invading armies. From Warsaw on the banks of the River Vistula, travellers head out to visit the ancient royal capital, Krakow, the port city of Gdansk, and the old cities that shaped the heart and soul of Poland.

In this article, we will have an overview of Poland’s history, and take a closer look at the castles, palaces, and other sites constructed and left behind on the Polish landscape as history marched on.

The Piast Dynasty of Poland

The term “Poland” first appeared in chronicles of the late 10th century, describing how the West Slavic people settled in the land and grouped themselves into numerous tribes. Two tribes, the Polanie and Wislanie, expanded to rule the others.

Mieszko I of the Polanie is regarded as the founder of the Piast dynasty, which would rule Poland until 1370. Mieszko accepted Roman Catholicism via Bohemia (the historical Czech Kingdom) in 966 and made Poznan the seat of Poland’s first bishop. This is a key date for Polish history as it brought the kingdom into Christian Europe and into the flow of Western history.

Mieszko was succeeded by Boleslaw I (the Brave). He received the Holy Roman Emperor Otto III in 1000, who recognised the Polish duke’s sovereignty and agreed to an independent Polish ecclesiastical organisation that added an archbishopric in Gniezno as well as bishoprics in Krakow, Wroclaw, and Kolobrzeg in addition to the first bishopric in Poznan. In 1025, Boleslaw the Brave was crowned the first king of Poland, making him equal to other European monarchs.

The rule of the Piast dynasty was marked by internal conflict, including a pagan reaction against Christianity and kings quarrelling with bishops, most noteworthy of which was Boleslaw II (the Bold) orderning the execution of Stanislaus, bishop of Krakow, in 1079. (St. Stanislaus was canonised in 1253 and is Poland’s patron saint.)

Testament of 1138: Dividing the Polish State

In hopes of having stability in the kingdom (that is, to make sure his heirs would stop fighting one another), Boleslaw III in his testament of 1138 divided the state into five provinces among his sons. Under the testament, his oldest son as the Princeps (Senior Prince or High Duke) had supreme power over the rest (Dux, the Dukes).

It didn’t work. Shortly after his death, his sons and their heirs fought each other, dividing the nation for 200 years.

Casimir II (the Just) was Boleslaw III’s son, but was believed to have been born after his death, which would explain why Casimir was not listed in the testament. He later inherited the duchies of Wislica and Sandomierz from his brothers.

Kazimierz Dolny, a city located on the picturesque banks of the Vistula River, was named after him and is now a popular summer retreat. The Renaissance buildings of the Market Square overlook the ruins of a Gothic castle, sure to delight lovers of architecture. Lanes radiating from the square are filled with art galleries and shops.

The 13th century was also marked by the agricultural boom, the development of salt mining, and silver and gold mining, making Poland a strong participant in the European economy and the west-east trade. Settlers founded new villages, and the towns of Wroclaw, Poznan, and Krakow received formal charters that allowed self-governance. In 1264, the Kalisz Privilege by Boleslaw V was granted to the Jews who were escaping persecution, providing them personal and religious freedoms in Poland.

Today, the Salt Mine in Wieliczka is a unique and world-class attraction that holds UNESCO World Heritage. This subterranean salt mine, established in the 13th century, is distributed across nine levels, providing a labyrinth of tunnels and chambers (and even chapels!) adorned with salt sculptures that members of the public can explore.

In Gdansk, travellers can still visit the 13th century Castle of Malbork, a World Heritage Site, which was built by the Teutonic Knights as the headquarters of their Grand Master. This massive stronghold of red brick mirrored the might of the order.

Reszel Castle by the bank of the Sanja River was also built by the Teutonic Order.

The fragmented Polish state was reunited in 1320 under Wladyslaw I (the Elbow-high), who reigned until 1333. His son, Casimir III (the Great) would be the last ruler of the Piast dynasty.

Krakow in the south of Poland lies on both sides of the Vistula River and served as the capital of Poland until 1596. Krakow’s Old Town has been a World Heritage Site since 1978. Travellers can visit Wawel, an architectural complex on the river’s left bank sitting about 228 metres above sea level. Among the most famous monuments in the complex is the Royal Castle, where kings of Poland have been crowned since 1320.

The Eagle’s Nests Trail is a chain of 25 medieval castles and watchtowers between Krakow and Czestochowa. They were called “eagle’s nests” because the defensive strongholds were constructed on top of limestone cliffs in order to protect the capital. A major landmark is the castle of Pieskowa Skala, the only intact castle on the trail, sitting on a cliff surrounded by the Ojców National Park. Ojców National Park is Poland’s smallest national park, but is very biodiverse and packed with sights such as its famed rock formations. Ogrodzieniec Castle, though in ruins, is the largest castle on the trail.

Poland came under the rule of Casimir III’s nephew, Louis I of Hungary. In 1374, Louis, who had no sons, convinced the Polish nobility to accept one of his daughters as his successor to the throne instead of letting the crown revert to his Piast cousins. Under the Privilege of Koszyce, his youngest daughter Jadwiga assumed the Polish throne in 1384. Two years later, Queen Jadwiga married the Grand Duke Jogaila of Lithuania, marking the beginning of four centuries of Polish-Lithuanian union, further strengthened under the Union of Lublin signed in 1569. Under this 1569 agreement, the Polish-Lithuanian Republic of Two Nations was formed, ruled by a single monarch elected by the nobility.

In 1596, the capital was moved from Krakow to Warsaw. The Royal Route in Warsaw features a number of historical landmarks connecting the three former residences of Polish rulers: The Royal Castle, Lazienki Krolewskie and the lavish Royal Wilanow Palace and Park, built as a residence of John III Sobieski who ruled Poland in the 17th century.

Outside Warsaw are other aristocratic residences that have been turned into castle-museums. Baranow Sandomierski Castle, completed in the 16th century and designed by the court artist at Wawel, used to be the residence of the Lubomirski family and now serves as a historic museum. The Lubomirski family grew prosperous from the salt trade, and has several Polish princes among its family members.

In Lancut, the 17th century Lancut Castle, which was reconstructed in the French Baroque style, houses exhibitions of paintings, sculpture, china, tapestries, and historic furniture. Also located on castle grounds is an extraordinary collection of horse-drawn carriages which used to belong to the palace owners.

Other monuments built in Poland during the 14th to the 17th centuries were the Wooden Churches of Southern Malopolska, inscribed on the UNESCO World Heritage list and considered the best preserved wooden Gothic churches characteristic of the region and time period. They were built using what is called the horizontal log technique, common in eastern and northern Europe during the Middle Ages and offering an alternative to stone structures.

Another World Heritage Site is the timber-framed Churches of Peace in Jawor and Swidnica, erected by the Lutherans during the Peace of Westphalia in 1648 that ended the European wars of religion.

Partition of Poland and Independence

The Republic of Two Nations was weakened by its wars with Sweden, Russia, and the Ottoman Empire, and in 1795 was effectively dissolved after being partitioned by Russia (which received 62 percent of Poland’s area), Prussia (20 percent), and Austria (18 percent). The monarchs of the respective kingdoms did not include “Poland” in their titles, wiping the country’s name from the annals of history for 123 years.

The Polish culture, though stateless, survived, and Poland was restored as a nation after the upheavals of World War I in 1918. But just a little over a decade later, the second World War and the Holocaust would ravage Poland and inflict untold misery on its people, many of whom were forced to migrate to other countries.

Warsaw was destroyed by Nazi troops in 1944, and has been designated a World Heritage Site following its meticulous restoration after World War II. UNESCO calls it “an outstanding example of a near-total reconstruction of a span of history covering the 13th to the 20th century.”

Some three million Polish Jews were killed in Nazi extermination camps. “Auschwitz” became synonymous to genocide as the concentration camp was used as the site of annihilation not only of Polish Jews but of Jews from all over Europe. The site survives as a memorial and museum.

Travellers can learn more about Polish Jewish history and culture in Kazimierz, the Jewish Quarter in Krakow, where Polish Jews revived their cultural identity after the displacement and death suffered during the Holocaust.

Poland was subjugated by the Soviet Union after World War II. In 1980, the Polish labour union Solidarity was founded in Gdansk. It was the first independent labour union formed in a Soviet-bloc country, and by 1981 had a membership of 10 million, a third of the total working-age population in Poland at the time.

In December 1990, after years of martial law and other efforts by the communist government to quash the labour union, Lech Wałęsa of Solidarity was elected President of Poland. 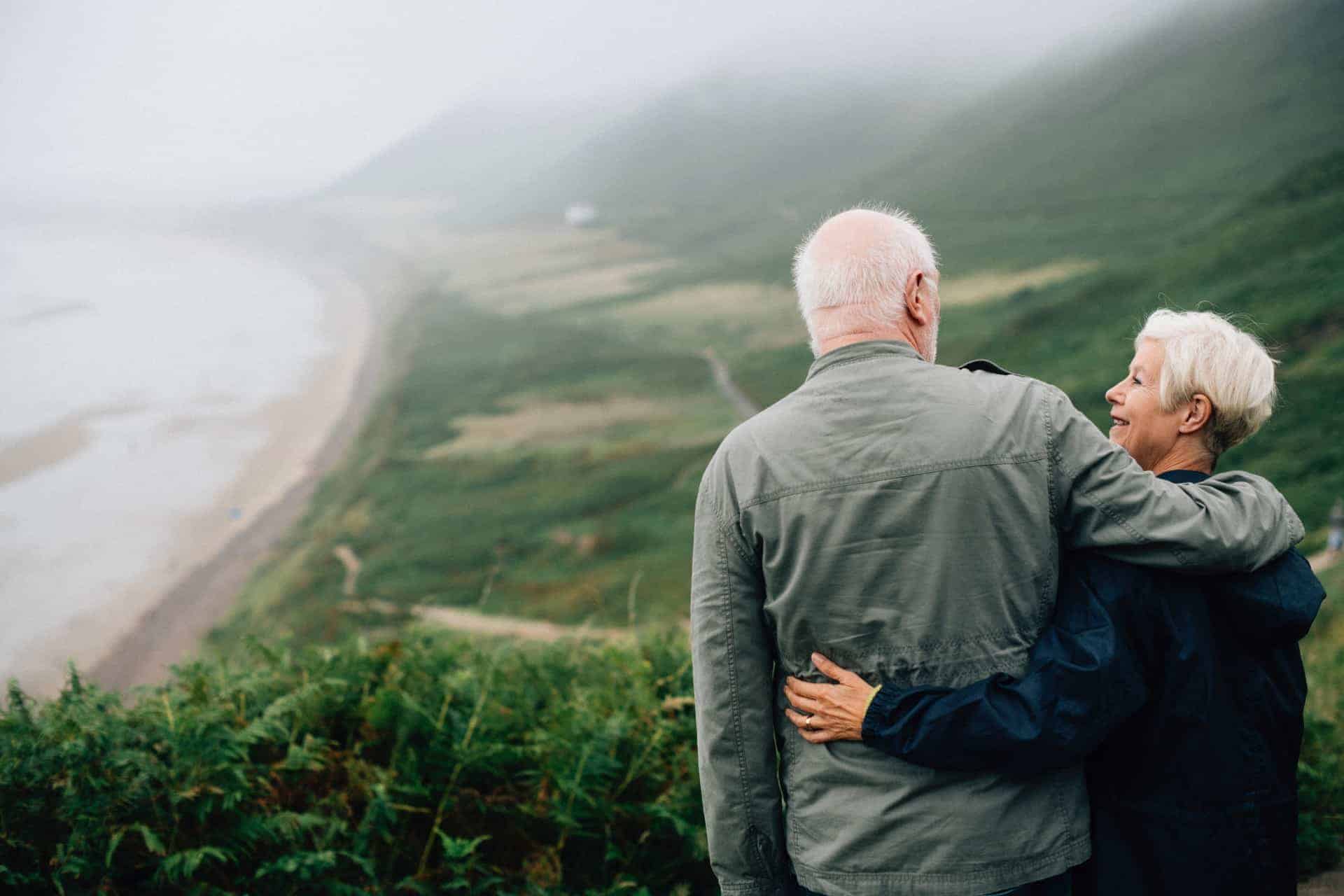 Odyssey Traveller is committed to charitable activities that support the environment and cultural development of Australian and New Zealand communities. We specialise in educational small group tours for seniors, typically groups between six to 15 people from Australia, New Zealand, USA, Canada and Britain. Odyssey Traveller has been offering this style of adventure and educational programs since 1983.