The History of Riga 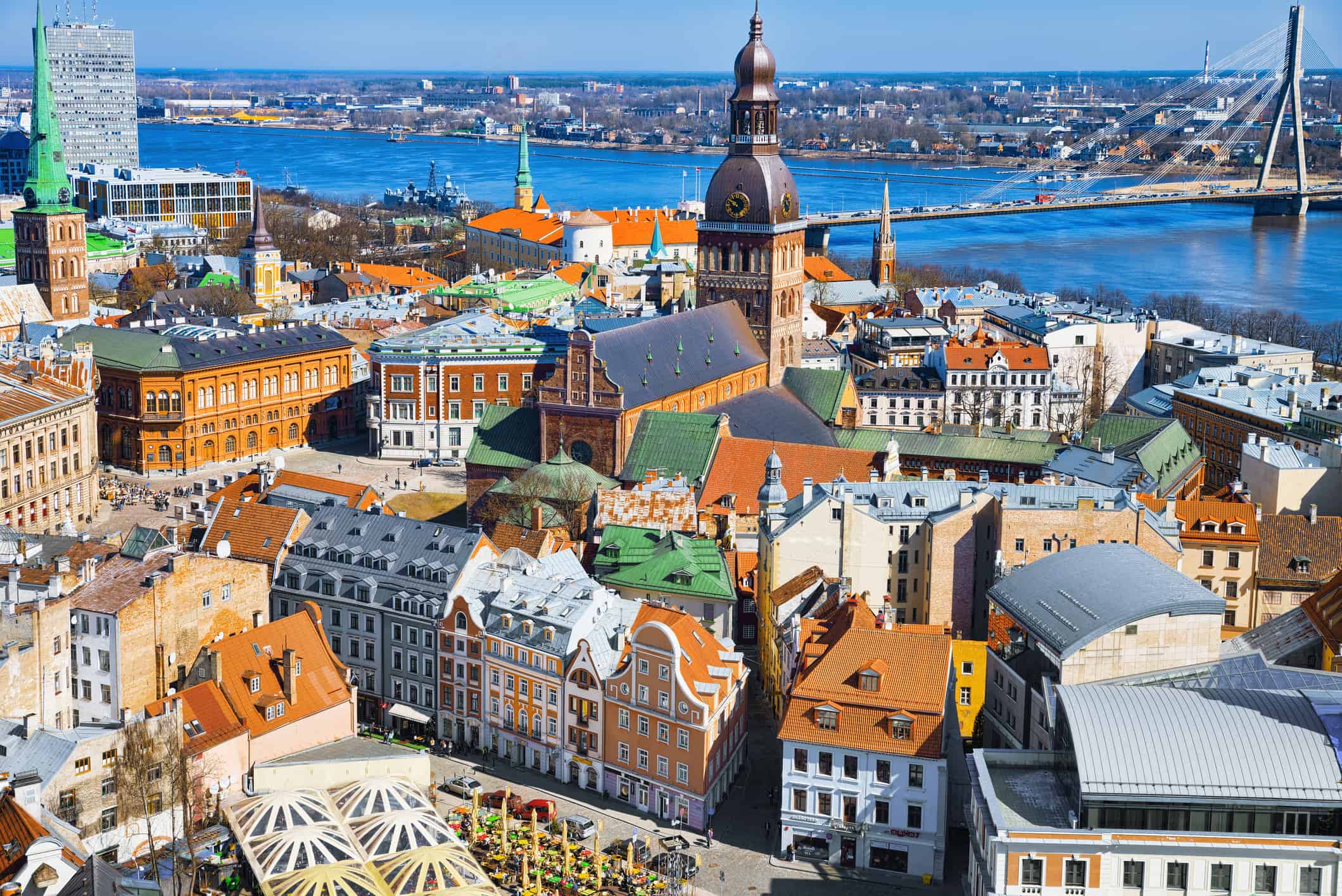 The History of Riga

Riga, the Latvian capital, is a beautiful city that lies on the banks of the Daugava River at its mouth on the Gulf of Riga at the Baltic Sea. Its amazing Old Town is a UNESCO World Heritage site with the majority of buildings holding status as a cultural monument representing periods ranging from Romanticism, Gothic, Baroque, Classicism, Art Nouveau, and Modernism.

As a larger city than the other two Baltic capitals, Vilnius and Tallinn, Riga has grown to its present form out of a history as a dominant trade center and industrial hub under various rulers. A city tour reveals this amazing history as well as stories of oppression and persecution as Latvia struggled for its independence over the centuries. This article explores the city’s past to assist you with your tour of Riga, as part of Odyssey Traveller’s Baltics small group tour. This tour is designed for senior and mature travellers who would like to learn about history and culture with like-minded people in small groups (typically 6 to 12 participants), and enjoy the services of our knowledgeable tour leaders and local guides joining the group at key destinations to share their expertise.

The city of Riga was founded in 1201, under the auspices of the Holy Roman (German) Empire, by Bishop of Livonia Albert and his 500 crusaders on mission to Christianise the Balts. Albert established the Order of Livonian Brothers of the Sword and over the following decades conquered and converted the pagan Latvian and Livonian tribes.

In 1282 the city joined the Hanseatic League, an alliance of trading cities and their merchants, and became the dominant centre of trade amongst the Baltic capitals. The medieval core of the famous Old Town, although since destroyed and rebuilt, was originally constructed at this time reflecting the period’s prosperity.

In the 1520s the Reformation was brought to the city by German preachers with the city converting to Protestantism following a chaotic period of church vandalization and the explement of monks. The Livonian Order was secularised and in 1561 it was dissolved. For the next 20 years Riga stayed a free city-state.

Riga’s brief independence ended in 1581 falling under control of the Polish-Lithuanian Commonwealth and marking the beginning of three centuries of uninterrupted foreign domination under different rulers.

The Polish-Lithuanian rule would not last long tough. Tensions soon boiled with the Lutheran Protestant Latvians resenting the Commonwealth’s imposed Roman Catholicism. In 1621 the Swedish intervened taking the city not only for political and economic advantage but to liberate the Protestants.

A time of increased freedom began for Latvians as the Swedes introduced sweeping social reforms and lessened oppression of the peasants. All the while Riga remained an important city for the Swedish Empire–its largest city in fact- and a major commercial center with trade expanded across the sea to regions all around the world.

Then in 1710, during the Great Northern War, Sweden was forced to relinquish Riga beginning a 200-year period of Russian domination. During the 19th century, the city expanded rapidly to become one of the Empire’s largest industrial hubs. Railroads were constructed, the city’s manufacturing sector expanded to include foundries and machine works, and modernising infrastructure introduced such as gasworks and a centralized electrical supply.

Riga fell under turbulent times during the first half of the 20th century. In 1917, the city briefly fell to German occupation along with the other Baltic countries following the Russian Revolution and Treaty of Brest-Litovsk. But with the signing of Armistice in November 1918, Latvia was first able to declare independence.

This Independence would be hard won though as the country would then have to endure two years of civil war during which Riga fell first to the Bolsheviks, then Germans, before finally reclaimed as the Latvian capital to be held until 1940. Latvian became the official language, major projects were undertaken such as the now famous meeting point of the Freedom Monument to honor the killed soldiers, and a number of social reforms were introduced allowing Riga to prosper.

But World War II would dramatically interrupt this period of glory. In 1940 Riga experienced “The Horrible Year” as the Soviets occupied the city, murdered tens of thousands of its citizens, and expelled thousands more to Siberia. Buildings were destroyed and all grand projects cancelled. Then from 1941-1944, Nazi Germany occupied the city, ushering in a new genocide this time of the Jewish population.

In 1944 the Soviets returned, ushering in over four decades of communist rule as a Soviet republic. The demographics shifted drastically as the entire German community and hundreds of thousands of Latvians were deported accused of being “Nazi collaborators”, replaced in turn by hundreds of thousands of Russians and emigrants from other Soviet republics.

The architecture of Riga also changed with the introduction of massive Stalinist buildings in the city center in the 1940s-1950s and concrete slab boroughs in the 1960s-1980s. During this period life was extremely difficult with massive shortages of goods, pervasive KGB surveillance and few entertainment or travel opportunities.

In the late 1980s, Gorbachev’s reforms allowed limited freedoms and somewhat increased openness in the Soviet Union, which the Latvians responded to by pushing publicly for independence. A number of nonviolent mobilizations against occupation resulted in Latvia and across the Baltics, including the Baltic Way demonstration in 1989, a chain of approximately 2 million humans running 675km from Tallinn to Vilnius and passing through Riga.

Latvia declared its independence in May 1990 and following Russian resistance finally achieved its goal in August 1991 following the total collapse of the Soviet Union.

Since independence Latvia has developed into a key player in the Baltics joining the European Union and NATO in 2004. And Riga has become perhaps the most successful Baltic capitals hosting the most representative offices of foreign corporations and embassies, while remaining a vibrant, beautiful, and charming city to explore.

These articles are either published by Odyssey Traveller or are carefully selected external sources to maximise the senior travellers’ knowledge and enjoyment of Latvia while visiting: 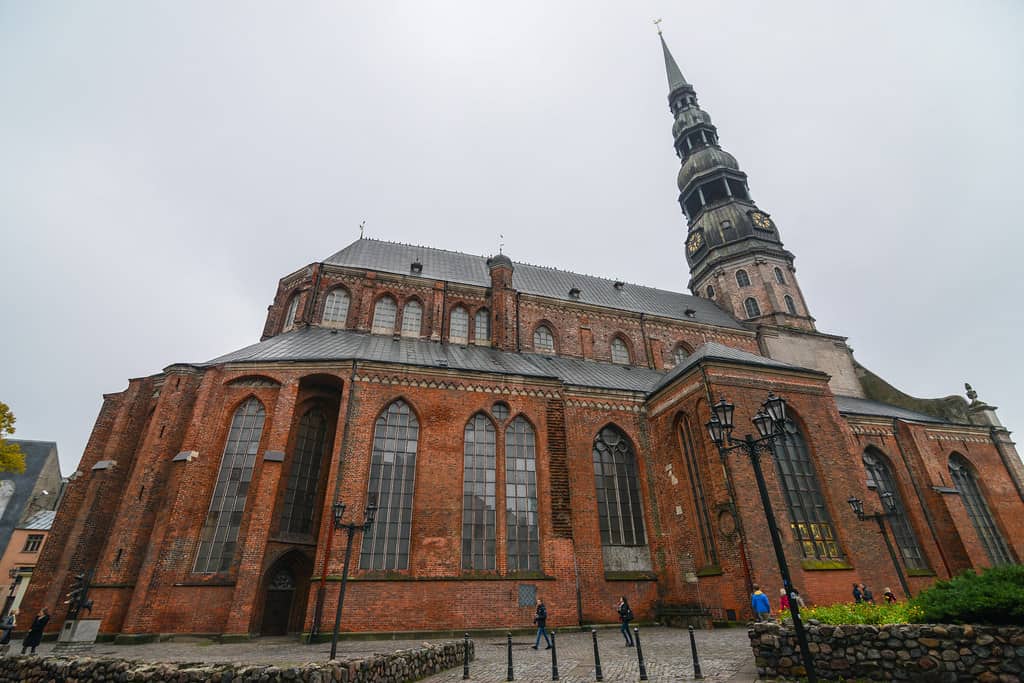 The Riga Cathedral is probably the most iconic building of the Latvian city in the heart of the historic centre. It was founded in 1211 (so even before Riga itself officially became a city!) and it has been rebuilt and expanded over the centuries. In general, the church has a distinct Gothic style with Romanesque features and a Baroque tower. While the cathedral is still used for services, it also houses the Museum of the History of Riga and Navigation. It is also famous for its 6768-pipe organ, and you can catch daily concerts at 12pm during summer. 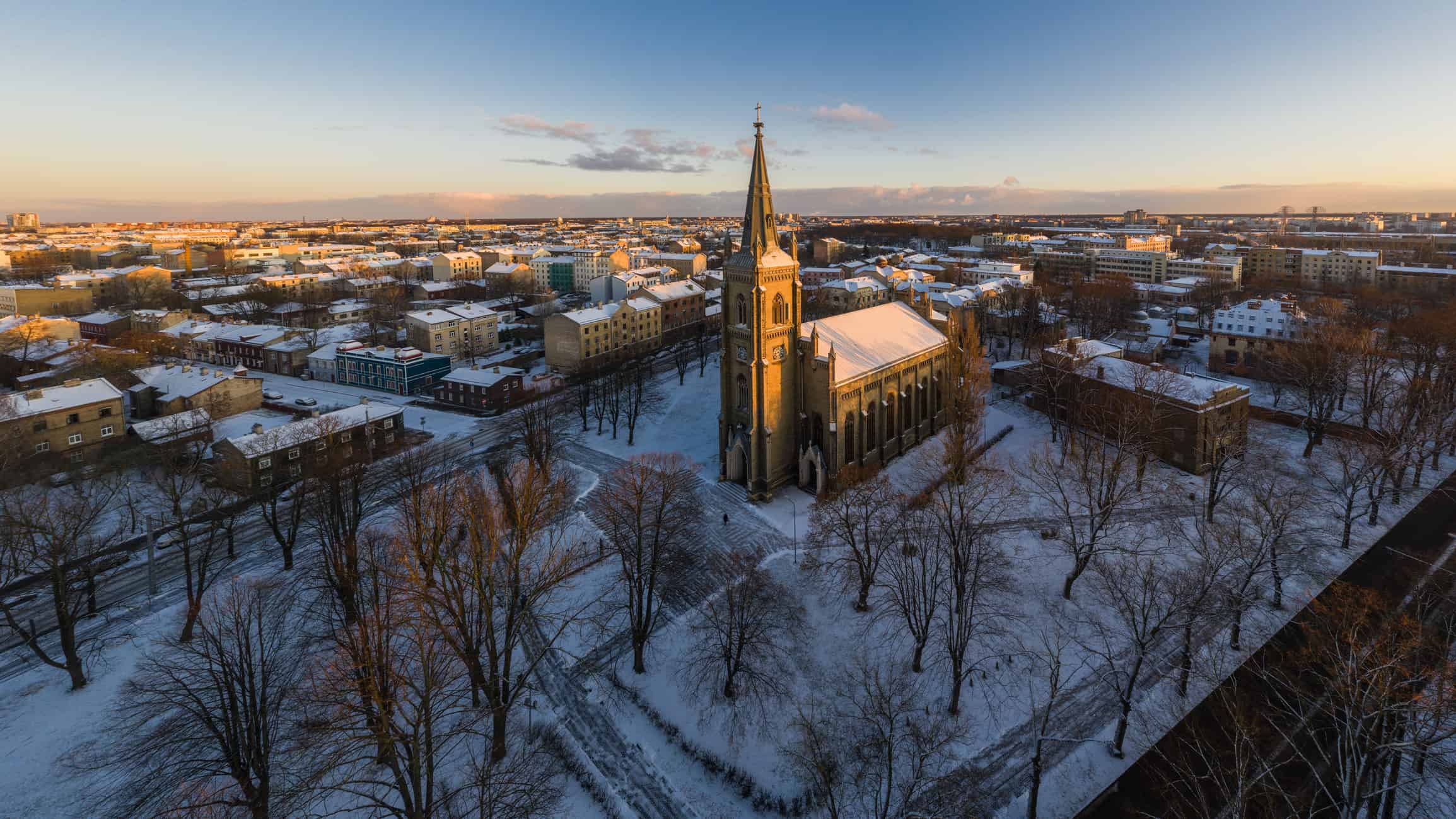 Another UNESCO World Heritage site from the Riga Old Town, St. Peter’s Church is mostly famous for its tower. The church was built in 1209 but only a few walls and pillars remained. The original Gothic tower, standing at 130 meters, was completed at the end of the 15th century, but collapsed in 1666. A new Baroque tower was completed in 1690 but was struck by a lightning and burned down in 1721. Under Russian Tsar Peter I they renovated the tower again, but the whole church got demolished during World War II. They began renovation work in 1967 and today’s tower stands at 123 meters, while visitors can use the gallery at 72 meters to enjoy panoramic views of the Old Town. 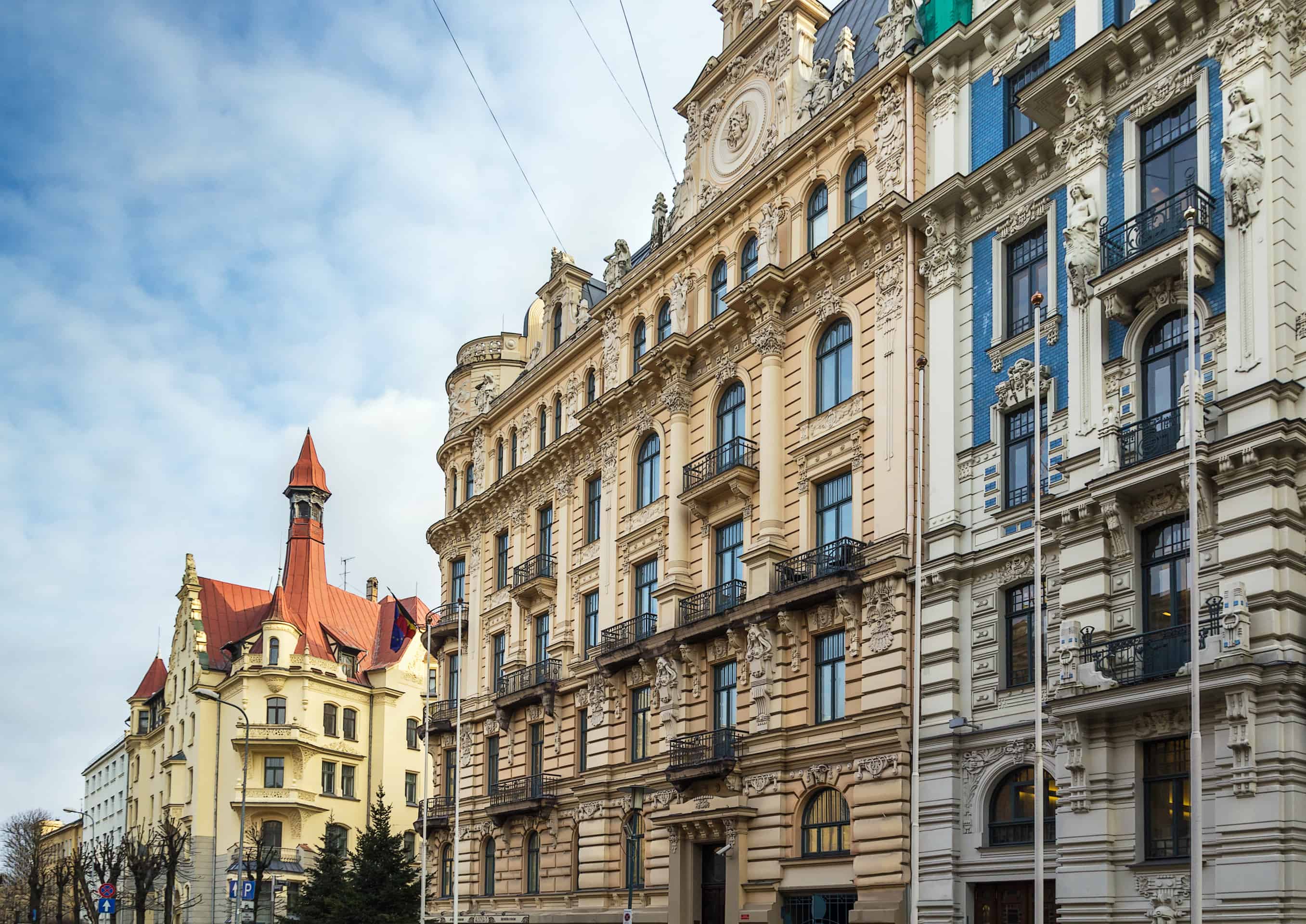 The Latvian capital is also called ‘the metropolis of Art Nouveau’ because some 800 Art Nouveau buildings survived, mostly located in the city centre, around Alberta Street (Alberta iela) and Elizabeth Street (Elizabetes iela). The Art Nouveau Museum is in the former apartment of Konstantīns Pēkšēns, one of Latvia’s best art nouveau architects, responsible for some 250 buildings across the city. By 2009, they restored the interior to exactly match the original design in 1903, and the museum takes visitors on a wonderful time travel back to the early 20th century where they can learn about the Latvian Art Nouveau Architecture.

House of the Blackheads 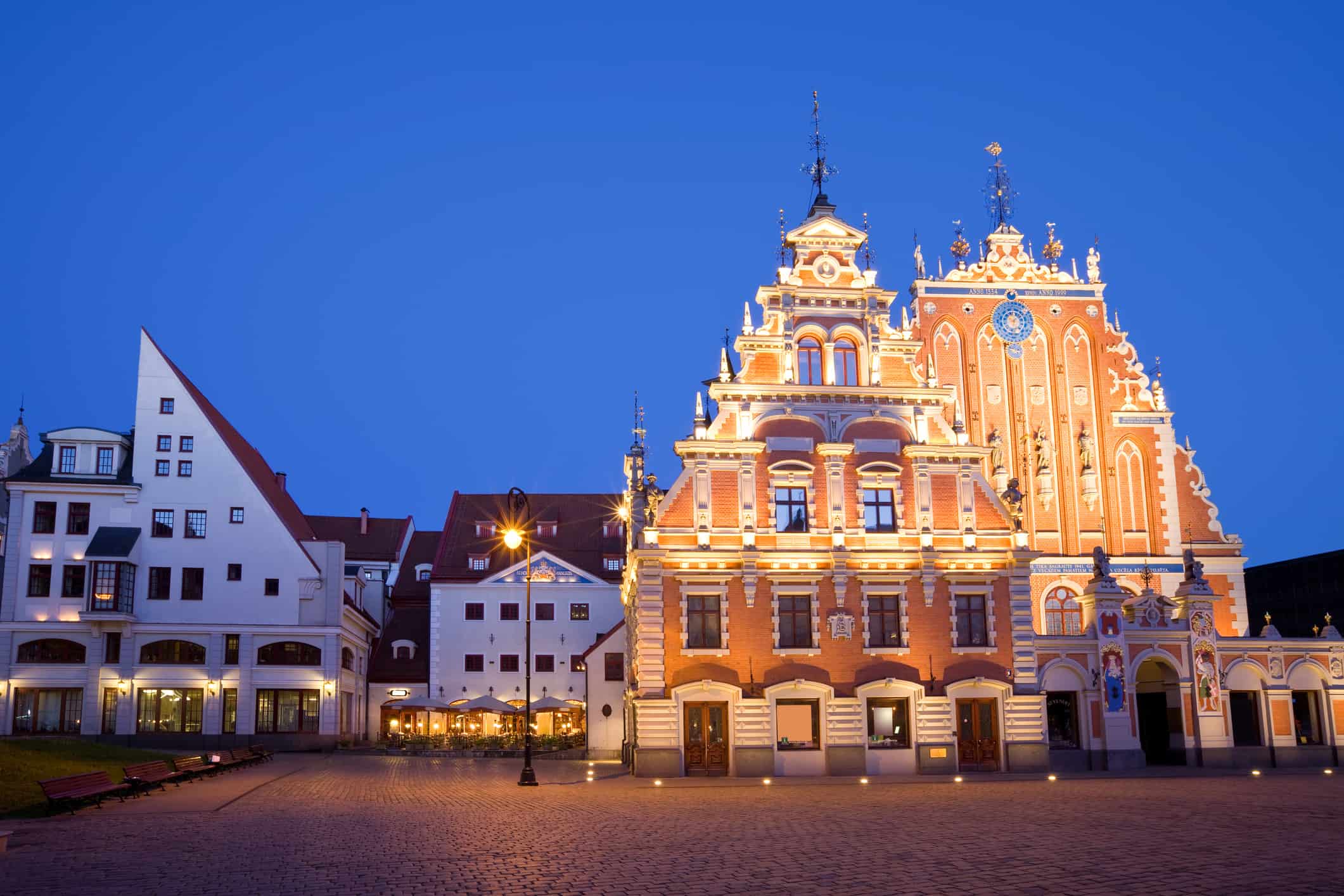 The House of the Blackheads is a must for each visitor of the historic centre of Riga. It was built in 1334, and for nearly 700 years it was the town’s main venue for meetings and banquets. Its original purpose was to promote and facilitate business activities, and the young and unmarried traders labelled as ‘blackheads’ were the heart and soul of organising events and celebrations, drawing in locals as well, transforming the place into one of the main cultural venues of the city. 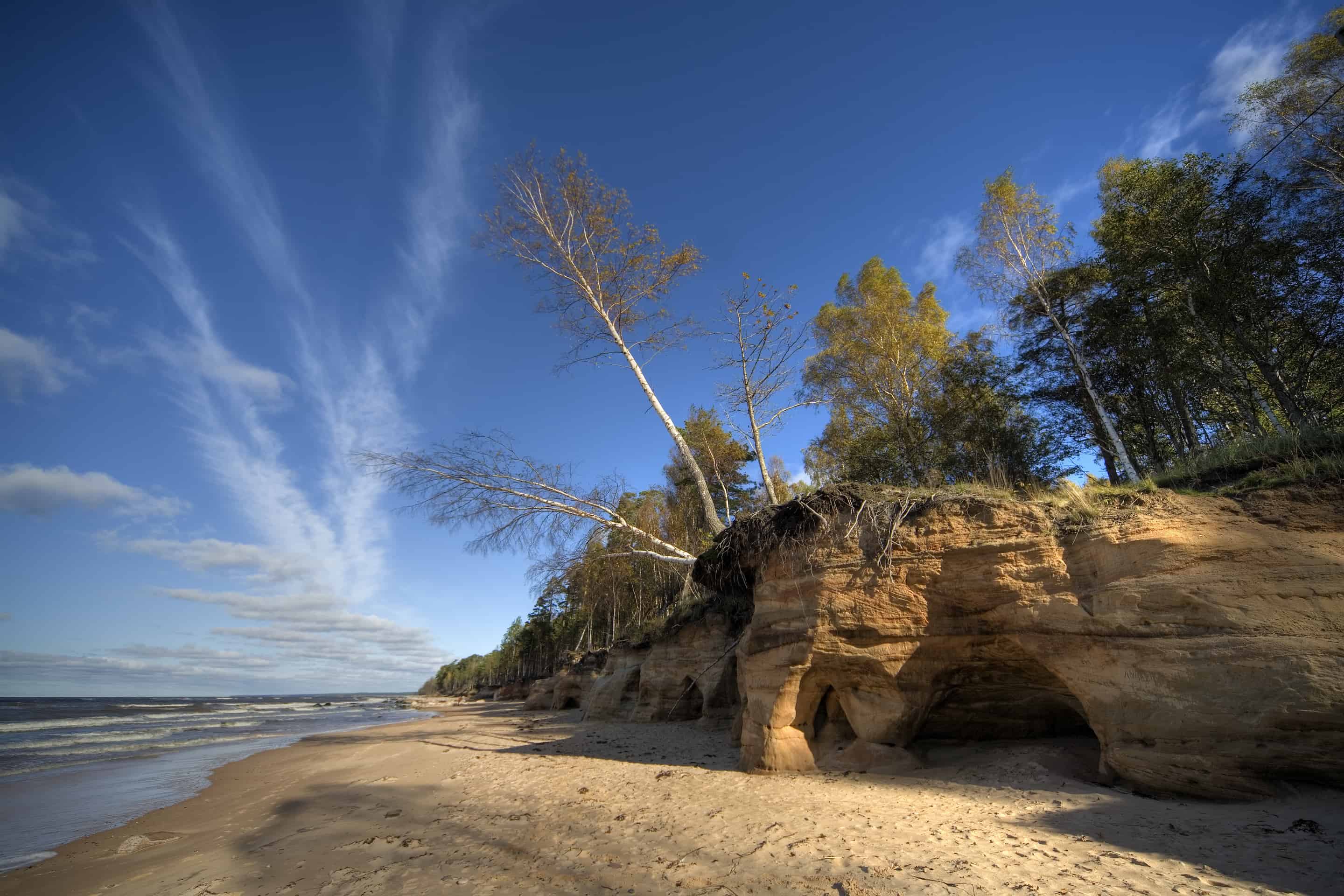 Jurmala is a popular sea-side resort approximately half an hour from Riga. Its sandy beach is stretching 33 kilometers between the Gulf of Riga (Baltic Sea) and Lielupe River. While Latvia was part of the Soviet Union, Jurmala was a popular holiday destination for high-level officials and the resorts once hosted Leonid Brezhnev and Nikita Khrushchev amongst many others. Jurmala emerged as a resort late in the 18th century when wealthy landowners began the tradition of relaxing at the seaside. Interestingly, Jurmala is actually a string of small resorts: Ķemeri, Jaunķemeri, Sloka, Kauguri, Vaivari, Asari, Melluži, Pumpuri, Jaundubulti, Dubulti, Majori, Dzintari, Bulduri and Lielupe. 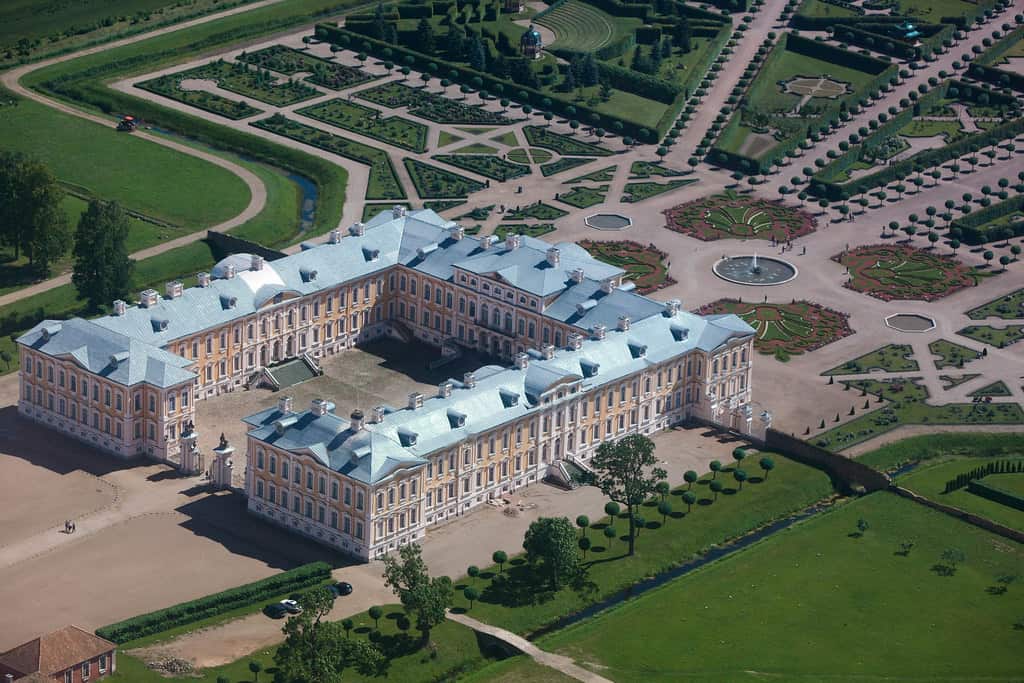 If you have more time to spend in this Baltic country, you can go on day trips from Riga: you can learn about the Nazi occupation of the country when visiting the site of the Kaiserwald concentration camp in the Riga suburb of Mežaparks. The Turaida Castle in the Gauja National Park is about an hour drive away from the Latvian capital, while Rundale Palace is a 1.5 hour drive, taking you near the Lithuanian-Latvian border, so it could be a great stop while exploring the Baltic region.