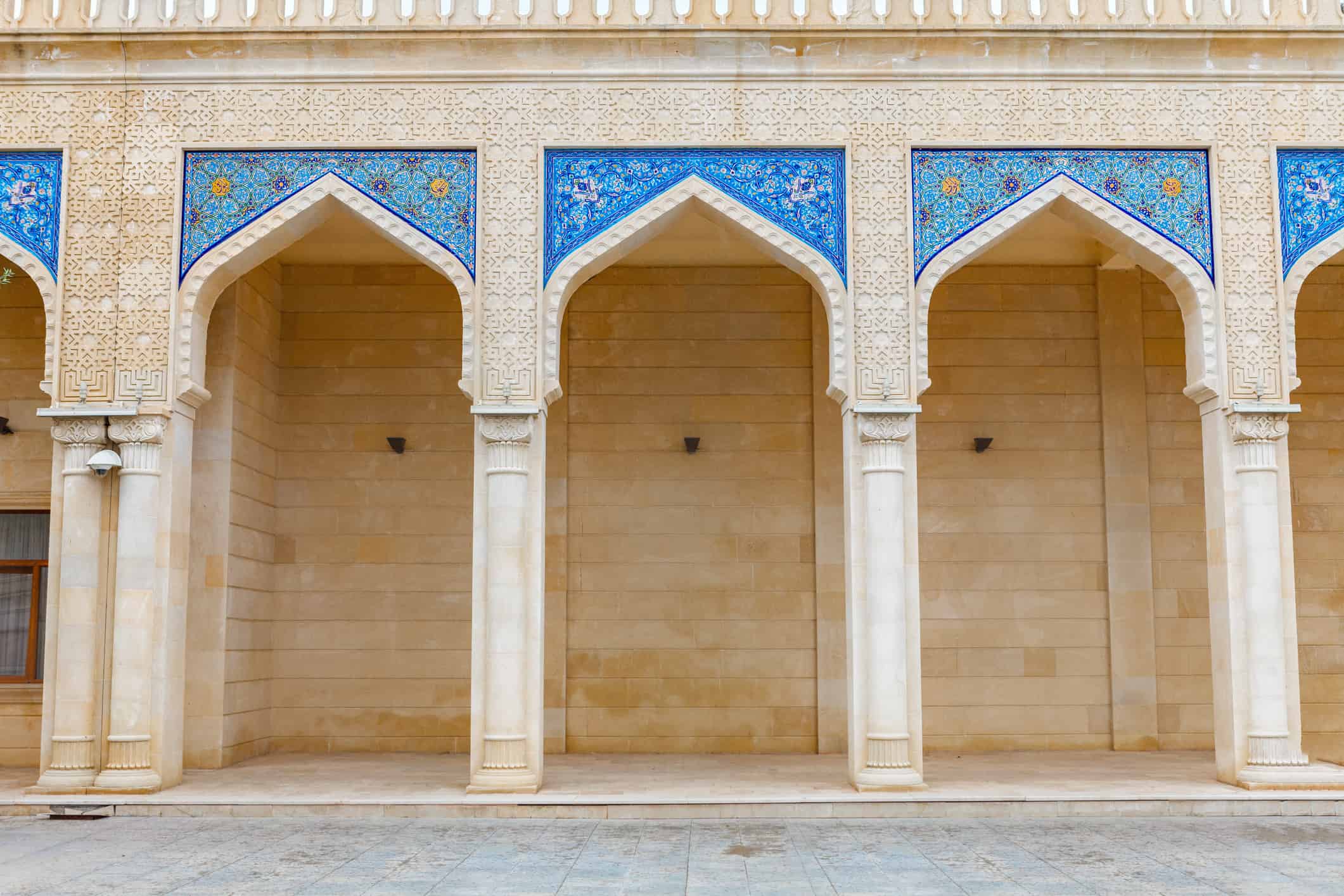 The Juma Mosque of Shamakhi (Juma Masjid) is the largest mosque in Azerbaijan. Shamakhi (also called Shemakha) is located 122 kilometres west of Baku and is one of Azerbaijan’s oldest cities, dating from the 6th century. Shamakhi served as the capital city of the Shirvanshahs until the 12th century, when Shamakhi was hit by an earthquake and Shirvanshah Akhsitan I moved the capital to Baku.

The Juma Mosque, according to an Arabian inscription on its facade, was constructed in 743 during the time of Caliph Khalid Ibn Valiyad. This makes it the oldest mosque in the South Caucasus and the Middle East, and the second oldest in the Caucasus, after the Juma Cathedral Mosque in Derbent, Dagestan, Russia, built in 734.

The Juma Mosque of Shamakhi has a unique architectural style as Islamic mosque architecture was still evolving at the time. Its hall for prayers is divided into three independent sections connected by doorways, each section with a separate mihrab and main entrance. The mihrab is a semicircular niche often gilded and with ornate decoration that orient worshippers in the correct direction to face (towards Mecca) in this place of worship.

Shamakhi is often rocked by earthquakes, and the Juma Mosque was reconstructed several times in the aftermath of the disasters, especially after the devastating quake of 1859 that nearly completely destroyed Shamakhi city, and after the quake of 1902. It also became the site of a bloody massacre in 1918 when the mosque was burned down by armed Armenian nationalists. When South Caucasus was part of the Soviet Union, the mosque was not used for its intended purpose and was repaired only in 1980.

The minaret and mosque we see now was built in successive reconstructions in the 19th to 20th centuries, on top of the original foundations reinforced with concrete. Easily reached from Baku, this is an excellent stop on your tour of Azerbaijan.