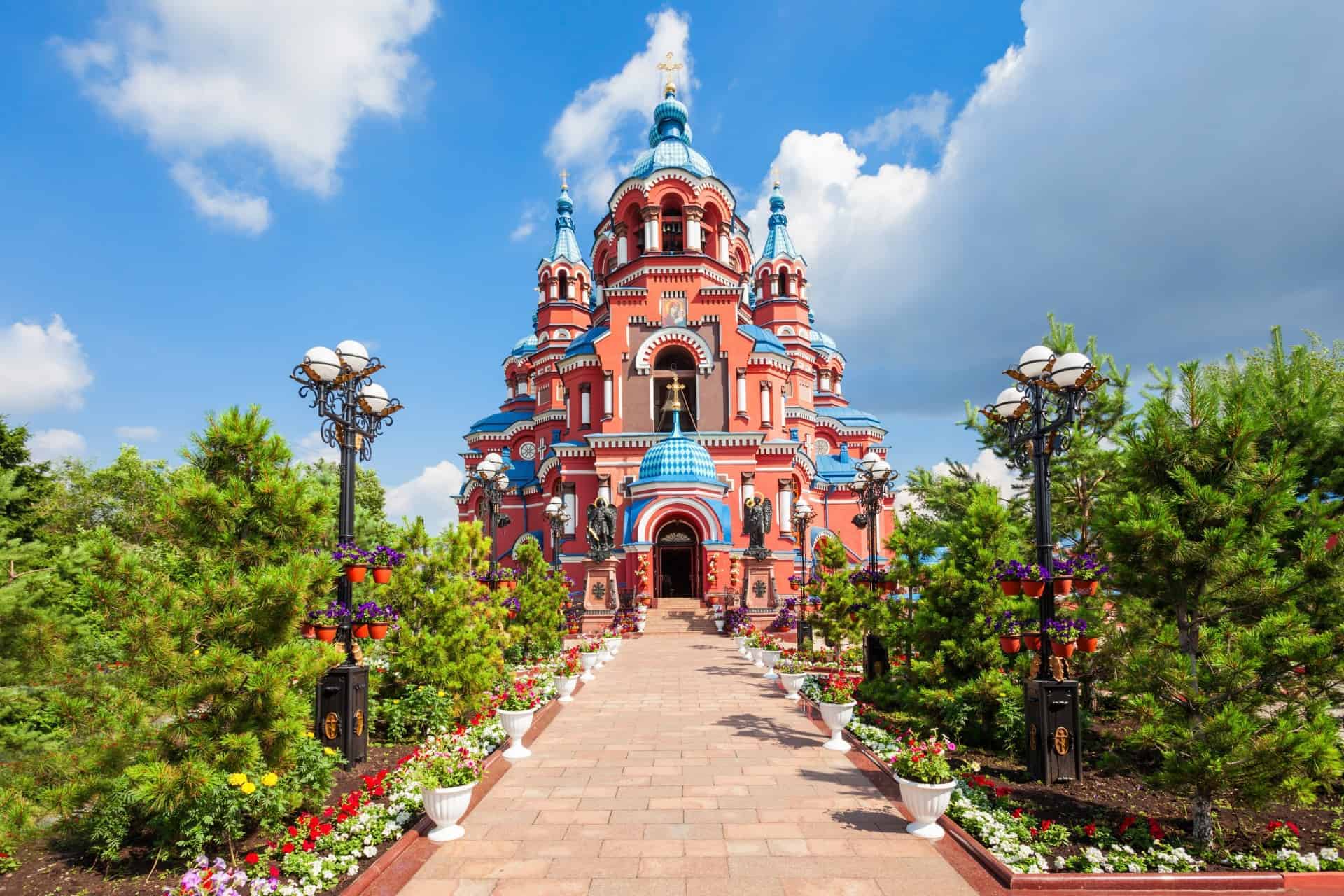 Irkutsk, the administrative centre of the Irkutsk oblast (region) in Eastern Siberia, is a popular stop on the Trans-Siberian Railway due to its proximity to UNESCO-listed Lake Baikal, the largest, deepest, and oldest freshwater lake in the world. Irkutsk’s long history from its founding as a Siberian winter camp also promises amazing views and landscapes. Walk around the city on a tour of Irkutsk, either on a self-guided tour, or with a local guide, and learn more about its history and culture.

If Siberia were a country in itself, it would be the largest country by area at 13.1 million square kilometres (5,100,000 sq mi). Today it accounts for 77% of Russia’s total land area.

Before Russians took over the region, Siberia, known for its long and severe winters, was inhabited by several small ethnic groups who were either hunter-gatherers or pastoral nomads raising domestic reindeer, cattle, and horses. In 1581, a Cossack expedition led by Yermak Timofeyevich captured Isker, capital of the khanate of Sibir (from which Siberia derives its name), beginning Russia’s expansion into the region.

Irkutsk was one of the towns built by Russian traders and Cossack explorers, founded as a zimovye (wintering camp or winter quarters) in 1652, later gaining town rights in 1686. A road connection between Moscow and the new Siberian city led to Irkutsk becoming the main centre of the Russian trade route to China and Mongolia. It grew more prosperous with the coming of the railway in 1898, as European Russians can travel through the Siberian wilderness by train. This Siberian city was given the nickname, “Paris of Siberia”.

In 1825, Russian artists, officers, and nobles took part in an uprising (the Decembrist Revolt) against Tsar Nicholas I in St Petersburg. The revolt was suppressed and those who took part were sent into exile in Siberia. Irkutsk became a sanctuary for these exiles, turning the city into their intellectual and cultural capital. There was one exiled person for every two locals, so you can just imagine their effect on the city’s landscape. You can see the Decembrist’s legacy in the house-museums in Irkutsk, wooden houses and mansions that are a stark contrast against the Soviet-style apartment blocks that rose in the city during Russia’s communist years.

The city is compact and can be easily explored on foot in a walking tour. Your city tour can begin at your hotel or accommodation, or in front of the Monument to Lenin, which greets visitors to the city. Must-see stops include the iconic Moscow Gate and Kazan Cathedral (not to be confused with the similarly named cathedral in St Petersburg); the Museum of City Life, which gives insight into the city’s culture in the 19th century; the Regional Museum, housed in the former headquarters of a Victorian explorers’ club; and the many wooden houses of the Decembrists, such as the Volkonsky House-Museum, epicentre of Irkutsk social life and former home of Decembrist Count Sergei Volkonsky.

Beyond the city centre but still within the Irkutsk oblast is Lake Baikal, which contains nearly a quarter of the world’s fresh surface water, more water than all of the Great Lakes of North America combined. It has a depth of 1.6 kilometres (around a mile) and is considered the world’s oldest lake at 25 to 30 million years old. This is a popular stop for tourists riding the Trans-Siberian Railway. From Irkutsk, you can take a boat down the Angara River, or a marshrutka (share taxi) from the city centre.

In summer, you can swim in the lake’s clear waters (so clear that from the surface you can see to 40 metres or 130 feet), or go ice fishing in winter on the lake’s frozen surface. Travellers can also take the Circumbaikal Railway, which offers a scenic and leisurely ride around the lake.

Lake Baikal is a zoologist’s and botanist’s dream–it is home to more than 1,700 species of flora and fauna, 80% of them endemic to the area. Baikal’s commercial fish is the endemic omul (Coregonus migratorius), a white fish belonging to the salmon family. It is often sold smoked, a local delicacy.