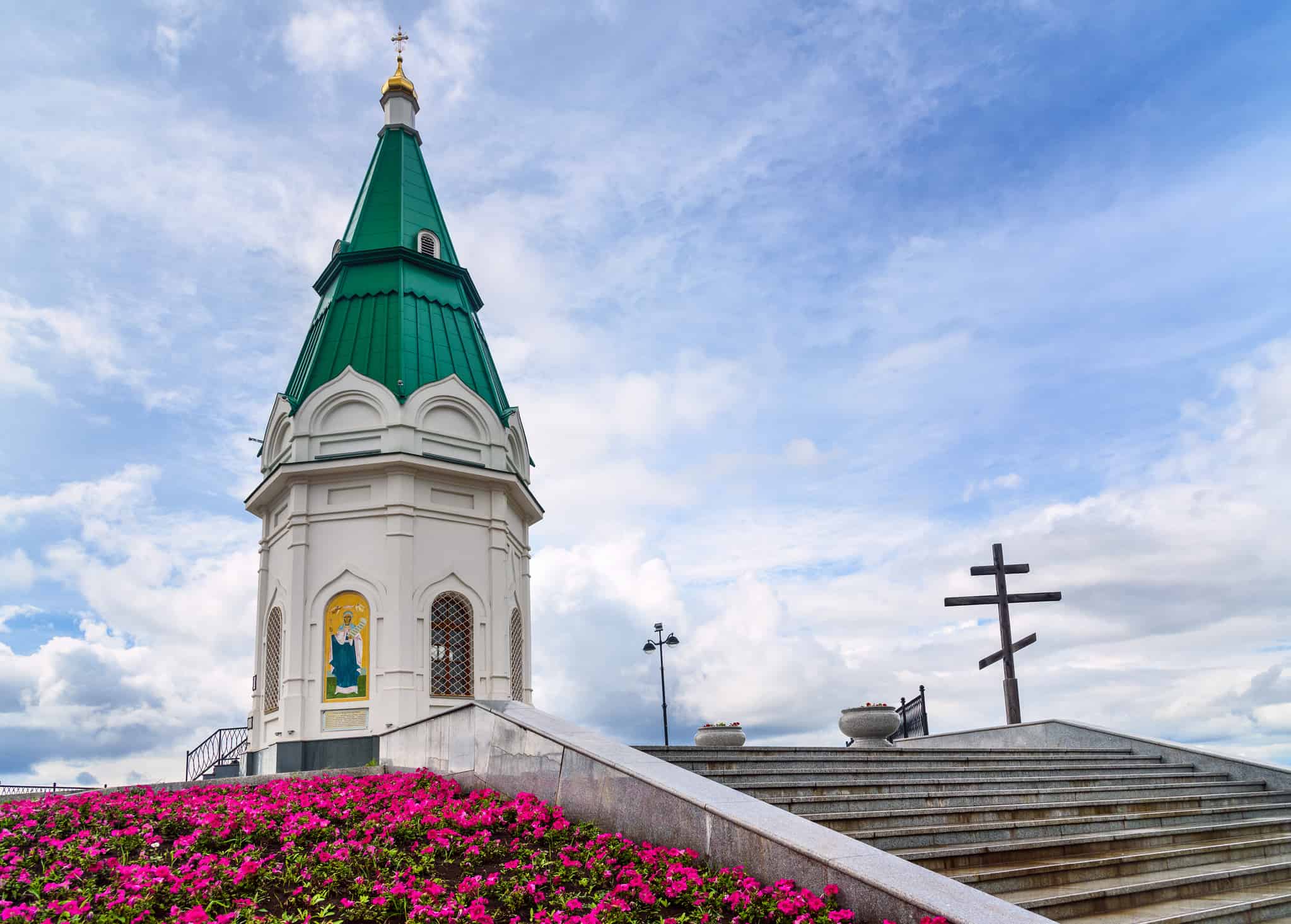 Krasnoyarsk, sitting on both banks of the Yenisey River, which in turn is traversed by the Trans-Siberian Railway, is a popular stop in Siberia. Bordered by the city in the south is the famous Stolby National Park, and a tour of Krasnoyarsk itself offers a city tour filled with museums and chapels.

The Yenisey, which never freezes in winter, flows through the city and powers its hydroelectric power station, located upstream. It was on the left bank of the Yenisey where Cossack leader Andrey Dubenskoy built a fort called “Krasny Yar”—or “red steep riverbank” in the Khakas dialect—in 1628. (Irkutsk would be settled years later, in 1652.) The discovery of gold in the area in the 19th century spurred its development.

In March 1891, tsar Alexander III officially announced the building of a Trans-Siberian Railway. His son and heir apparent Nicholas laid the first stone at Vladivostok (“lord of the East”). The railway connected Krasnoyarsk in Siberia with Moscow and St Petersburg in European Russia. With the train bringing goods and manpower, Krasnoyarsk continued developing and expanding, eventually moving across the river to occupy the right bank of the Yenisey. The power station and other factories rose in Krasnoyarsk following the 1917 Revolution.

During World War II, Nazi Germany invaded the Soviet Union in Operation Barbarossa (1941), and Russians moved east to Siberia for safety. Even Lenin’s body was removed from Moscow and freighted to Tyumen. The exodus from the Nazis led to the industrialisation of Krasnoyarsk and other Siberian cities, with the Trans-Siberian Railway serving as a lifeline.

You can learn more about the city’s history on a walking tour of Krasnoyarsk. The Krasnoyarsk Dam and hydroelectric station is one such monument to see, as well as the monument to Krasnoyarsk founder Andrey Dubenskoy on top of Krasny Yar hill, erected in 2003 on the occasion of the city’s 375th anniversary. An iconic image of the city is the Chapel of Paraskeva Pyatnitsa on top of Karaulnaya Hill, featured in the Russian 10-rouble banknote. The hill is also a good vantage point to see the whole of the city.

Mira Square (Peace Square) is the oldest square in historic Krasnoyarsk. The city’s historical gateway, the Arch of Triumph, stands here in the place of a tower of Krasnoyarsk Prison, which burned down in 1773. Mira Square offers a view of the Yenisey River. You can also take a boat trip down the Yenisey for a relaxing, panoramic view of the city landscapes.

About 10 kilometres south of Krasnoyarsk is the Stolby National Park. Founded in 1925 by locals, Stolby (“pillars”) derives its name from the unusual shapes of its rock formations mostly of sedimentary and volcanic origin, dating back to the Cambrian Period, making the rocks more than 600 million years old.
Some of these rock formations have been given names based on their appearance: Ded (“Grandfather”), Perja (“Plumage”), and Lvinnyj vorota (“Lions Gate”), among others.

The reserve’s natural borders are the right tributaries of the Yenisey: the Bazaikha River in the northeast and the Mana River and Bolshaia Slizneva (“Big Slime”) River in the south and southwest. The reserve borders on the city of Krasnoyarsk in the northeast. A small portion of the huge nature reserve (“Central Stolby”, around 4% of the reserve’s total land area) is open to the public, while the depths of the reserve (“Wild Stolby”) only has restricted access. You can go hiking, rock-climbing, or simply sit down and enjoy the tranquillity the nature reserve has to offer.