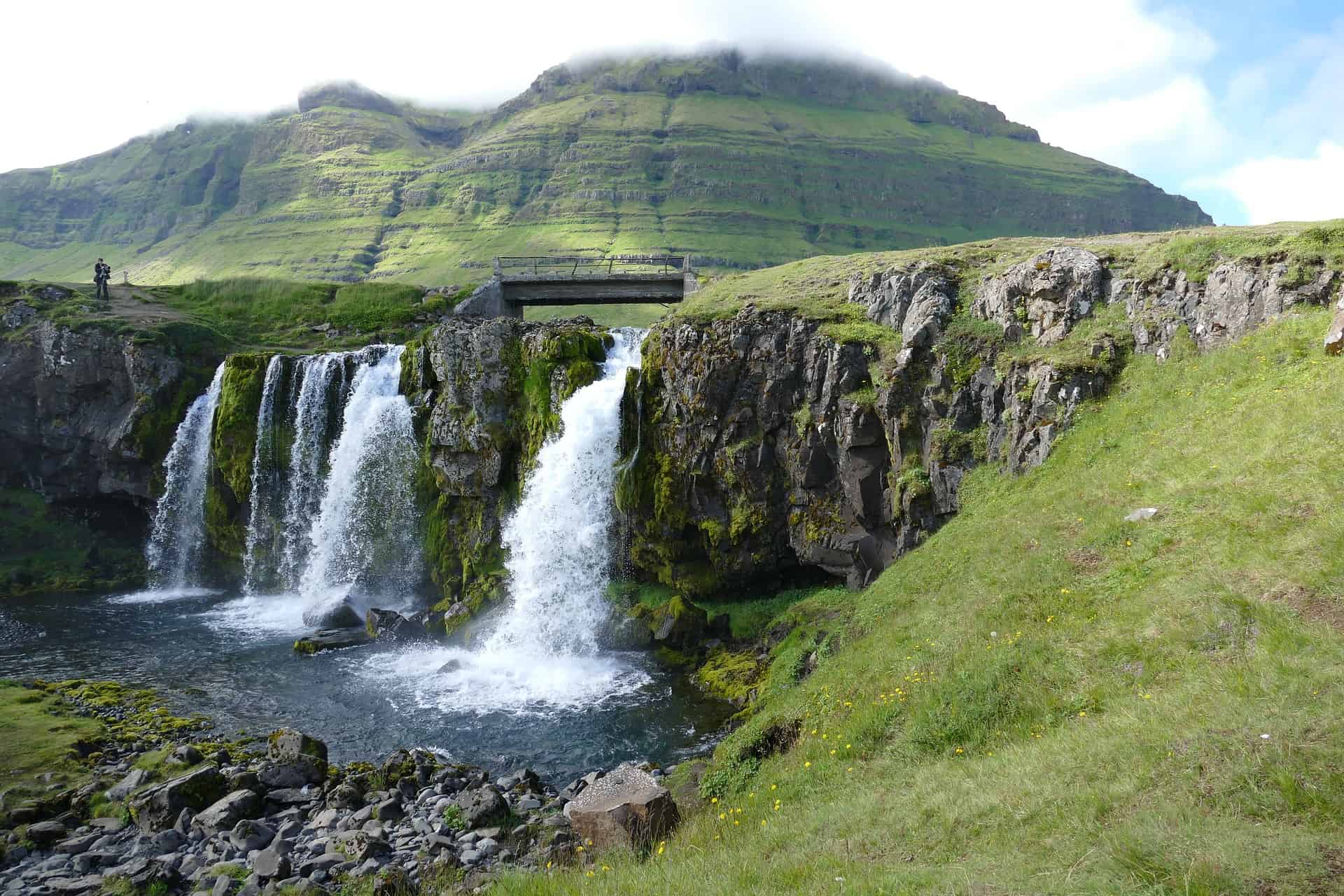 The Snaefellsnes Peninsula is located in West Iceland about 120 kilometres from the Icelandic capital of  Reykjavik. Dubbed “Iceland in miniature”, a day trip to the Snaefellsnes Peninsula offers beautiful, diverse scenery in a compact space. Filled with beautiful lava fields and volcanic craters, the peninsula is also steeped in legend, being one of the settings of the Icelandic sagas.

Let’s look at some of the natural wonders to visit on the peninsula.

The park is one of three national parks in Iceland and spans 170 square kilometres around the volcano. It is the only park in Iceland that extends all the way to the shore. The park is a good place to view otherworldly lava fields, with spots to stop and go bird- or whale-watching. The peninsula is also dotted with caves, though travellers are advised to avoid entering a lava cave unless accompanied by an experienced guide.

The Snaefellsjokull glacier and volcano dominate the park, standing 1,446-metre tall, high enough to be spotted from Reykjavik on a clear day. This is where, according to Jules Verne‘s book, “the entrance to the centre of the earth” can be found.

This is a good day tour from the capital, with guided hikes that can take you to the ice-topped summit.

A village located on the southern side of the peninsula, Arnarstapi was once an important fishing hub and trading port due to its natural harbour, but experienced a steep decline in population during as its fishing industry was overshadowed by Reykjavik’s big fisheries. With travellers discovering its beauty, Arnarstapi is back on the map as a tourist destination. A guided walk can take you around the pier surrounded by basalt and grottoes, and the incredible lava formations and bird cliffs along the coast.

There are many black sand beaches in Iceland, and here in the peninsula you’ll find the gorgeous Djupalonssandur (Deep Lagoon’s Sand) near the base of the Snaefellsjokull volcano. Scattered on the beach, you’ll find the remains of a British trawler, the Epine GY7, which hit the rocks of Snaefellsnes in 1948. The wreck killed 14 men. The iron pieces are left on the beach as a memorial for the lives lost, and should not be removed from the area.

Other Stops on the Snaefellsnes Peninsula and in Iceland

The Gerðuberg Cliffs form one of the longest rows of basalt cliffs in Iceland.  On the north side of the peninsula is the triangular-shaped Kirkjufellsfoss mountain and nearby waterfall. The mountain may look familiar to fans of Game of Thrones, which featured it in an episode.

Tour the Snaefellsnes Peninsula along with the top tourist attractions in Iceland, including the Golden Circle, Vatnajokull National Park, Solheimajokull Glacier, Seljalandsfoss Waterfall, and Jokulsarlon glacial lagoon. We visit many of these destinations on our small group tour to Iceland.  Just click through the link to see the full itinerary.

External articles to assist you on your visit to Iceland: