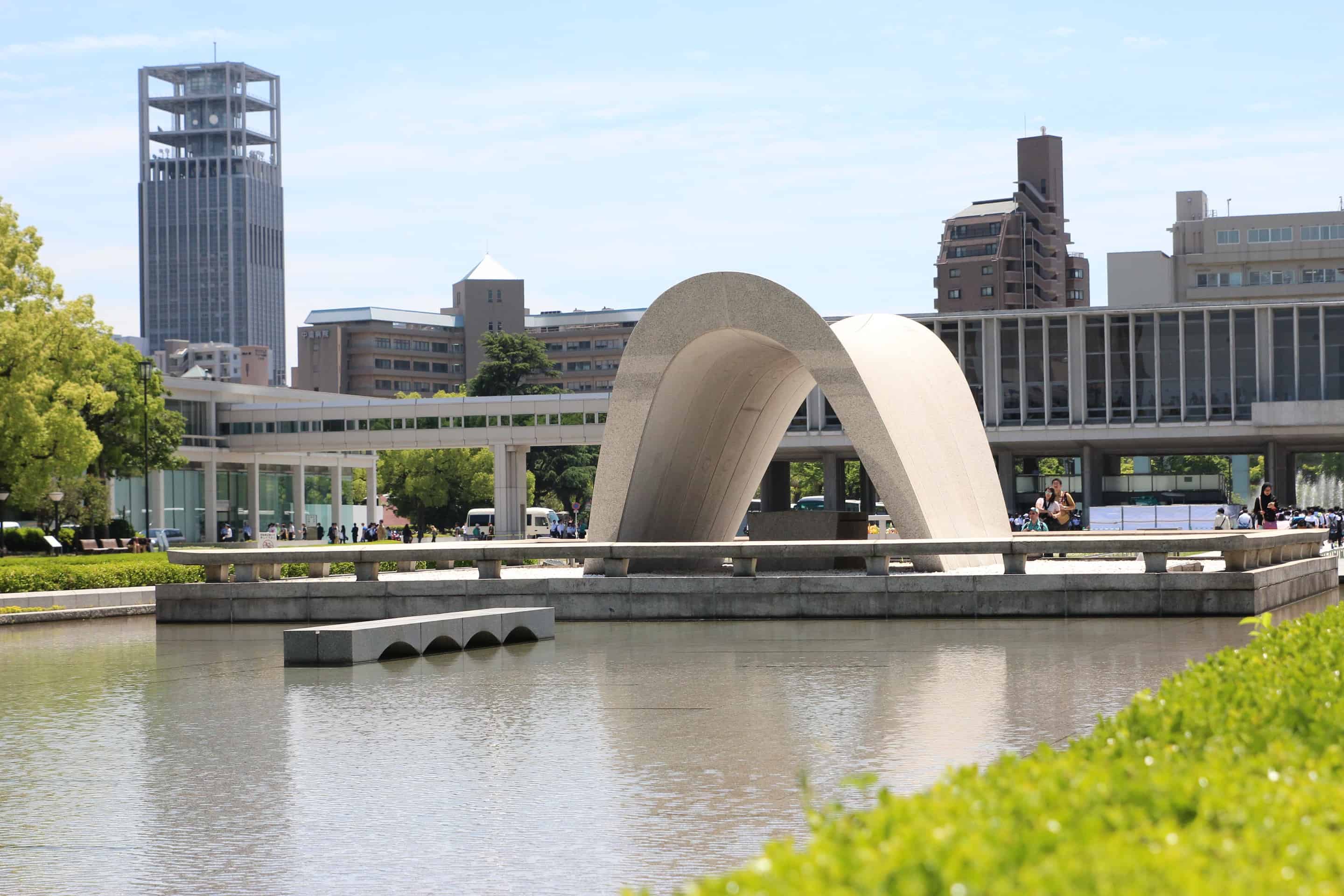 Southwest from Kyoto on the island of Honshu is Hiroshima (“broad island”), a major urban centre in the 1870s during Japan’s imperial period, and a city destroyed in an instant in August 1945 with the atomic bombing during World War II. Hiroshima made an impressive recovery after the war, and is now home to more than two million people.

On your tour of Hiroshima, visit the heritage sites and amazing landscapes of this district that rose from the ashes of World War II. Visit the Hiroshima Peace Memorial Museum, a monument erected in remembrance of the devastation and the lives lost in the bomb attack. The adjacent Peace Park, built near the hypocentre of the blast, is dedicated to the hope of a lasting peace. The moving “Statue of Mother and Child in the Storm” created by sculptor Hongo Shin stands along Peace Boulevard, depicting a mother cradling an infant and lifting another child clinging to her back, expressing the city’s continued advocacy for the total abolition of nuclear weapons. The Memorial Cenotaph is a monument containing the names of the dead.

The Peace Park was built around the bombed ruins of the Hiroshima Prefectural Industrial Promotion Hall, which is now known as the Genbaku (A-Bomb) Dome and left untouched to serve as a memorial.

Visit the island of Miyajima (“Shrine Island”) less than an hour off the coast of Hiroshima. Miyajima’s real name is Itsukushima, which Buddhist monk Kobo Daishi (Kukai) established as an ascetic site for the Shingon sect of Buddhism in the 8th Century. In 1643, a Confucian scholar, Shunsai Hayashi, travelled around Japan on foot and called Miyajima one of the “Three Most Scenic Spots in Japan”. His high praise remains accurate. Miyajima is famous for the UNESCO World Heritage site of Itsukushima-jinja, featuring the floating torii gate: the red torii (shrine gate) appears to float on the water at high tide.

Visit Shukkei-en Garden (“shrunken-scenery garden”), which replicates the traditional aesthetics of Japanese gardens in miniature, and the magnificent Hiroshima Castle. Hiroshima Castle was constructed in the 1590s, but destroyed by the atomic bombing in 1945. The castle we see today was a replica of the original, constructed in 1958.

In the Shukkei-en Garden, you can walk around the area and be amazed at the “shrunken” landscape, complete with small mountains and forests.

You can travel from Hiroshima to other cities by train, taking in the heritage sites in Kyoto and the Meiji Shrine in Tokyo. Like in other cities in Japan, Hiroshima has a variety of accommodation for travellers; you can stay at a five-star hotel or a traditional Japanese inn called a ryokan, which typically has tatami mats (woven straw mats) as flooring and futon for a bed.