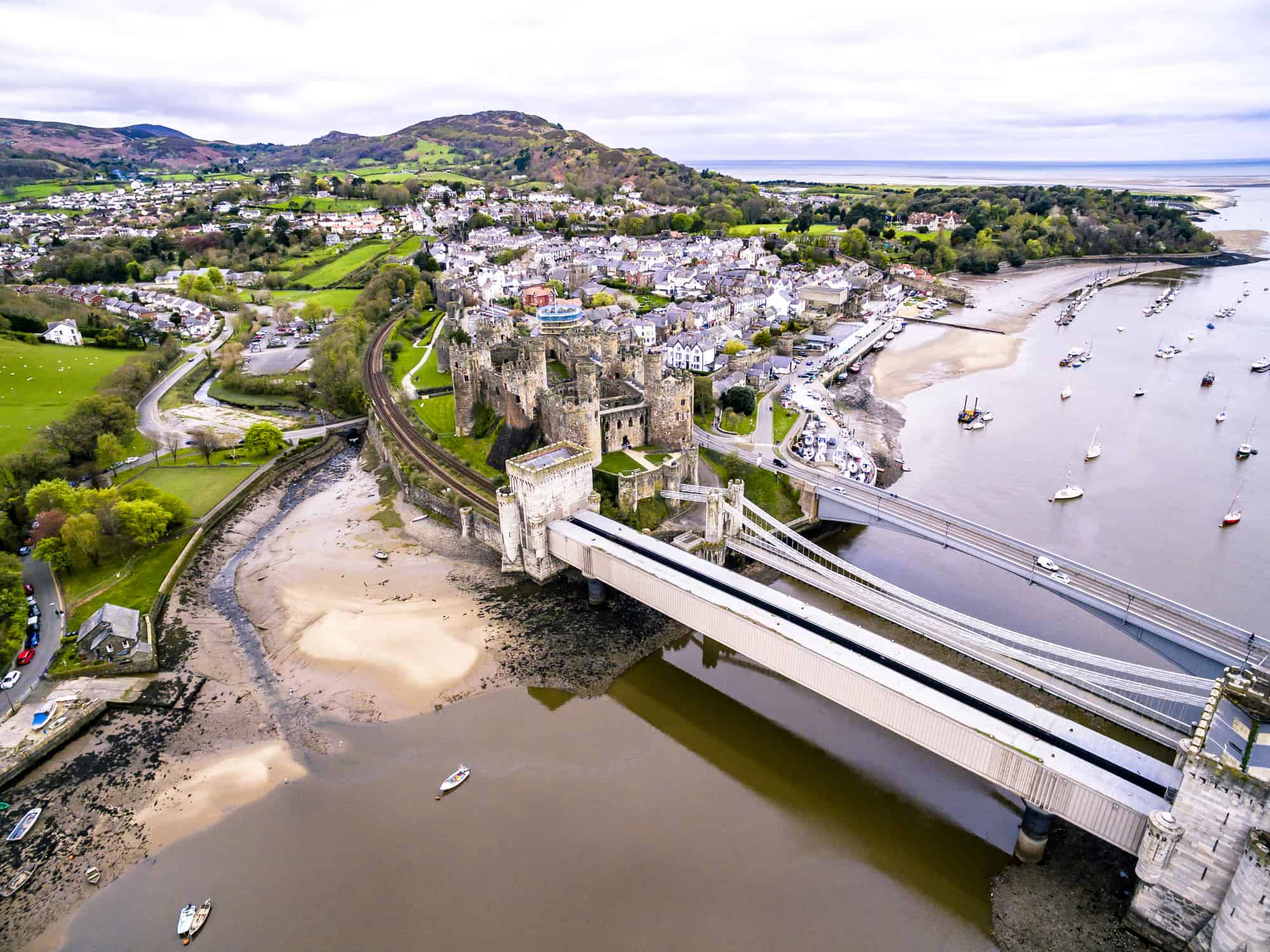 Conwy is a walled town and community in Conwy County Borough on the north coast of Wales situated on the west bank of the River Conwy estuary. Historic sites throughout Conwy town tell of its past from the site of the 12th century Welsh Aberconwy Abbey, to a key English fortification and strategic and commercial centre. The UNESCO World Heritage listed Conwy Castle especially is an exceptional medieval masterpiece rich in history.

Odyssey Traveller conducts a day tour of Conwy as part of the 13 day tour Exploring Wales on Foot. Our walking tour takes us from Betws y Coed in the north to St. Davids in the south and encompasses a range of natural and cultural wonders to see and explore. This article assists your tour of Conwy by exploring the tales of the town’s key historic sites.

Conwy was the original site of Aberconwy Abbey, a Cistercin foundation, founded by Llywelyn the Great in the late 12th century. With Llywelyn’s support the abbey came to hold more land than any other in Wales, over 40,000 acres. Both Lywelyn and his successor Dafydd ap Llywelyn were buried there.

In 1283, following Edward I of England’s conquest of Wales, he arranged for the abbey to moved eight miles up the Conwy valley to Maenan in order to make room for his new town at Conwy. The move was completed by 1284 with the original abbey adapted to become the parish church of St Mary’s incorporating some of the original stonework.

Conwy Castle and the town walls were built between 1283 and 1287 on the instruction of King Edward I in order to secure his conquest of Wales. It was part of a series of defense fortifications in North Wales along with Ruthin Castle, Caernarfon Castle, Beaumaris Castle, and Harlech Castle designed by Edward’s master builder, James of St. George.

The castle, which took 15,000 men to build, is perched on an outcrop of rock towering over the estuary, protected by eight round towers each 70 feet high and 40 feet in diameter along its sides. The town walls themselves are 30 feet high with 21 towers and 3 gateways.

Conwy Castle was captured by Owain Glyndwr during a Welsh rebellion in 1403 by trickery entering the castle by claiming to be workmen and killing the sentries. However, after only three months Owain surrendered the castle on terms favourable to the Tudors and retreated back into Snowdonia.

Conwy Castle would then play a historically significant role during the English Civil War. Originally used by Royalist forces, the castle was besieged by Parliamentary forces in 1646, eventually capturing and damaging to prevent the royalists ever using it again.

Many of the castle’s and town wall’s medieval features were restored through heavy state investment during the 20th century and by 1986, along with Edward I’s other castles in North Wales, were declared a UNESCO World Heritage Site of “outstanding universal value”.

Conwy town is host to a number of surviving historic houses from as far back as the 15th century.

Aberconwy House dates back to 1420 and was one of the first buildings built inside the walls of Conqy. It is only house-cum-warehouses built by English merchants in the 15th century after the town was granted Royal charter (1284) becoming an important strategic and commercial centre.

Plas Mawr was built from 1576 and has been described by historian Rick Turner as “the finest surviving town house of the Elizabethan era”. It has since been extensively refurbished and is now open to the public as headquarters of the Royal Cambrian Academy of Art.

Conwy is also home to the Britain’s smallest house as confirmed by the Guiness Book of Record with dimensions of 3.05 metres x 1.8 metres. It was created in the 16th century and was in continuous use until 1900. Today it can be visited for a tour for a small charge.

The crossing of the Conwy River  had always been vital for travelling to and trading with the strategic town of Conwy sitting on the North Wales Coast – but was often difficult and dangerous having to be done via ferry.

To overcome this, the Conwy suspension bridge designed by Thomas Telford was opened in 1826 next to Conwy castle suspended from huge wrought-iron chains and with supporting towers matching the castle’s turrets. It is today open to pedestrians.

The suspension bridge was joined in 1848 by Robert Stephenson’s tubular railway bridge, still in use on the North Wales Coast Line, and a new road bridge built in 1958 to accommodate growing modern along North Wale’s coastal highway.

You will be able to join a guided tour of Conwy on Odyssey Traveller’s walking tour of Wales. Odyssey Traveller has been serving global travellers since 1983 with educational tours of the history, culture, and architecture of our destinations designed for mature and senior travellers. Tours consist of small groups of between 6 and 12 people and are cost inclusive of all entrances, tipping and majority of meals.  For more information, click here, and head to this page to make a booking