In a country famous for beautiful landscapes, only Castle Hill has received one particular honour: being declared by the Dalai Lama as a ‘spiritual centre of the universe’.

Castle Hill is a rock formation set in the Waimakariri Basin, located in the Canterbury high country of New Zealand, about 95 km or 80 minutes north-west of Christchurch. It lies between two mountain ranges – the Torlesse and the Craigieburn. Dwarfed by the surrounding mountains from afar, up close the rock formations tower over the visitor.

Geologically, the boulders are limestone karst formations. They are the water-eroded remnants of limestone landscapes that formed in New Zealand in the Oligocene age (30-40 million years ago), when much of the islands were under the sea.

So, why did the Dalai Lama declare Castle Hill to be a ‘spiritual centre of the universe’?

On a visit to Christchurch in 2002, the Dalai Lama was unimpressed with the energies he found in town. As the Christchurch Cathedral is made from rock quarried from the boulders, he was taken to the original site. Overwhelmed by the beautiful landscape, he had a spiritual experience. Afterward, he maintained that the area was one of the energy centres of the universe.

There is something about nature’s sculptures that evokes the spiritual for human beings. For centuries, humans have regarded Castle Hill as having religious significance of some kind. The Ngāi Tahu – the major Maori iwi (or tribe) of the South Island – named the sculpted rocks Kura Tāwhiti, or ‘treasure from a distant land’. The name is an allusion to kumara cultivation in the area, and is also the name of one of the ancestors aboard the Arai Te Uru canoe, which sunk off the coast of Otago.

The area was used by the Ngāi Tahu for a variety of purposes. Kumara and taramea (used in perfume) were cultivated, and Moa, kiwi, and eel were hunted here. The rock arrangement was likely used by the Maori to set their calendar, by aligning limestone outcrops with particular star clusters. And senior tohunga (expert priests, teachers, healers, navigators and builders) likely trained novices in the area.

The rocks are home to 500-year old rock art – a focal point for a number of strange theories. As the 18th and 19th century Maori had no tradition of rock art, it was believed by some that the drawings were created by non-Polynesian visitors. Julius von Haast, the 19th century founder of the Canterbury Museum, believed that they had been created by Tamil seafarers or Buddhist missionaries. More recently, archaeological excavations of shelter floor deposits and radiocarbon dating have established that rock art was an important part of early Maori culture. Some drawings seem to depict the arrival of European ships, suggesting that they may be more recent.

Unlike rock art in Australia, which has stayed distinct for thousands of years, the geological instability of New Zealand and weathering of the rocks means that the Maori drawings are rather indistinct.

After colonisation, Castle Hill struck European settlers as being of spiritual importance. The 19th century observer, the Reverend Charles Clarke, vividly described the outcrops as

grouped like the buildings of a Cyclopean city, or the circling seats of a vast amphitheatre; and further still huge groups and solitary masses like the gigantic monoliths of Stonehenge.

Perhaps this sense of grandeur is why John Milliken, the owner of a pastoral station in the area, donated the rocks to form the font and pulpit of the Christchurch Cathedral (the main building was constructed out of the more reliable Oamaru stone). Today, the site is a magnet for New Agers, who practice rituals –  known as a ‘Transfusion Dance Party’ – nearby.

In 1998, the conservation area was declared as topuni – a state of high mana (authority or prestige), one of only 14 areas on the South Island to reach this status, which also includes Mount Cook/Aoraki, Mount Aspiring/Tititea, and Tutoko.

Today, Castle Hill is a magnet for rock-climbers from around the world. For the less adventurous, the formations still cast an overwhelming appeal. A path leads up to the rocks, but disintegrates once there. Even on a busy day, you’ll likely find yourself alone, loomed over by these incredible natural formations.

Perhaps – like the Dalai Lama and so many others before you – you’ll find something spiritual in the experience.

Castle Hill is an easy day tour from the city of Christchurch, visited as part of Odyssey Traveller’s New Zealand tour, An Odyssey Down Under. We have scheduled a free day in the city, ideal for a trip to these extraordinary rock formations.

Odyssey Traveller’s tour of New Zealand is designed to take you through the best landscapes of the North Island and the South Island. We begin our tour in Auckland, where we learn about the history of New Zealand, before heading south to Rotorua, home to the Te Puia Thermal Reserve, and an important centre of Maori culture. The tour then heads through some of the North Island‘s spectacular scenery, including the Waimangu Volcanic Rift Valley, Lake Taupo, and the Tongariro Alpine Crossing, before heading to Wellington, New Zealand‘s capital.

From Wellington, our trip departs for Christchurch on the South Island, taking the interislander ferry, stopping off at the charming costal town of Kaikoura on the way. We then head south to Dunedin, a university town with a strong Scottish connection. From Dunedin, our tour heads to Te Anau, from which we explore the stunning scenery of Fjordland National Park on the west coast of the island, including Milford Sound. We then head to Queenstown, set dramatically among the natural beauty of the Southern Alps, where our escorted tour comes to an end.

Every Odyssey guided tour is designed for mature and senior travellers who want an authentic experience of their destination, with a focus on history, culture, and natural landscapes. Our New Zealand vacation is led by an experienced tour director/tour guide. We’re not your standard tour operator: an Odyssey group tour is genuinely small, with around 6-12 guests per tour group.

Odyssey has been taking Australian travellers to the world since 1983. We pride ourselves on being a committed global citizen – a task that has become harder in recent months, with the coronavirus restrictions on travel. So, we have decided to reorient our focus towards tours of Australia and New Zealand. Australia and New Zealand – along with other small countries including South Korea and Taiwan – have been largely successful in containing the number of coronavirus cases, and are starting to lift strict lockdown measures. With talks between the Australian government and Prime Minister Jacinda Ardern and the New Zealand Government, we are hopeful that trans-Tasman travel will resume later this year. So while coronavirus means that you should probably put that United States adventure, cruise ship holiday, or Russian visa application on holiday, there’s no need to put your passport away just yet! 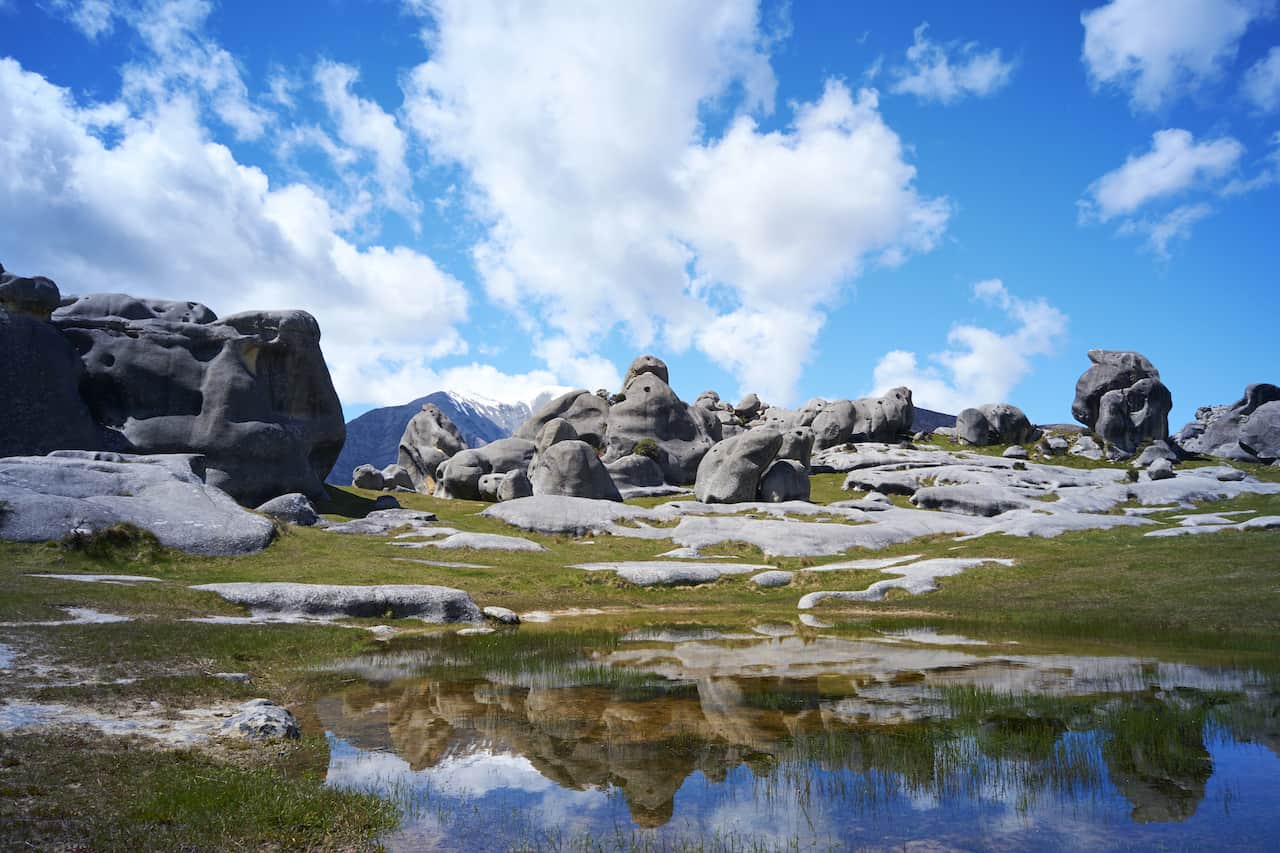 External articles to assist you on your visit to New Zealand 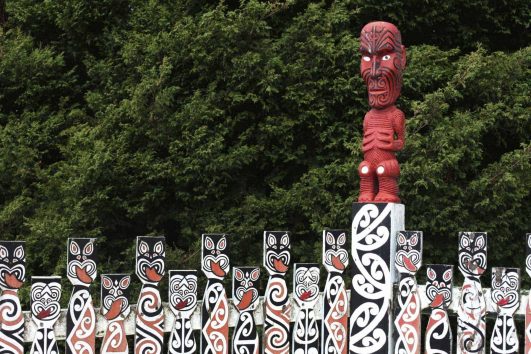 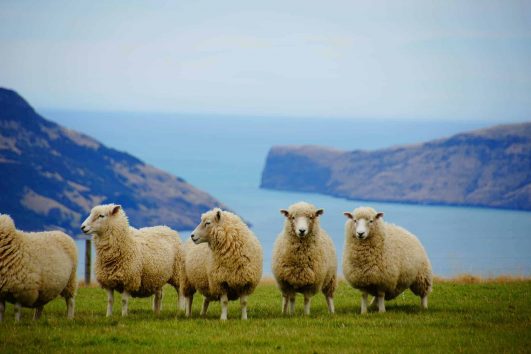 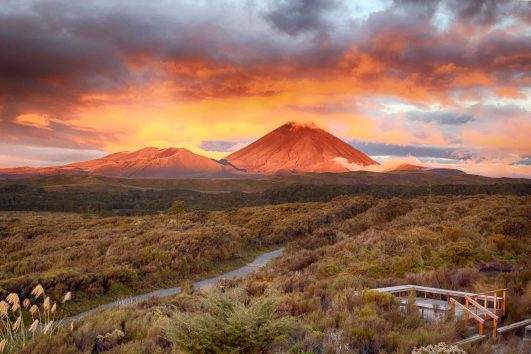