Questions about New Zealand: A Definitive Guide for Travellers 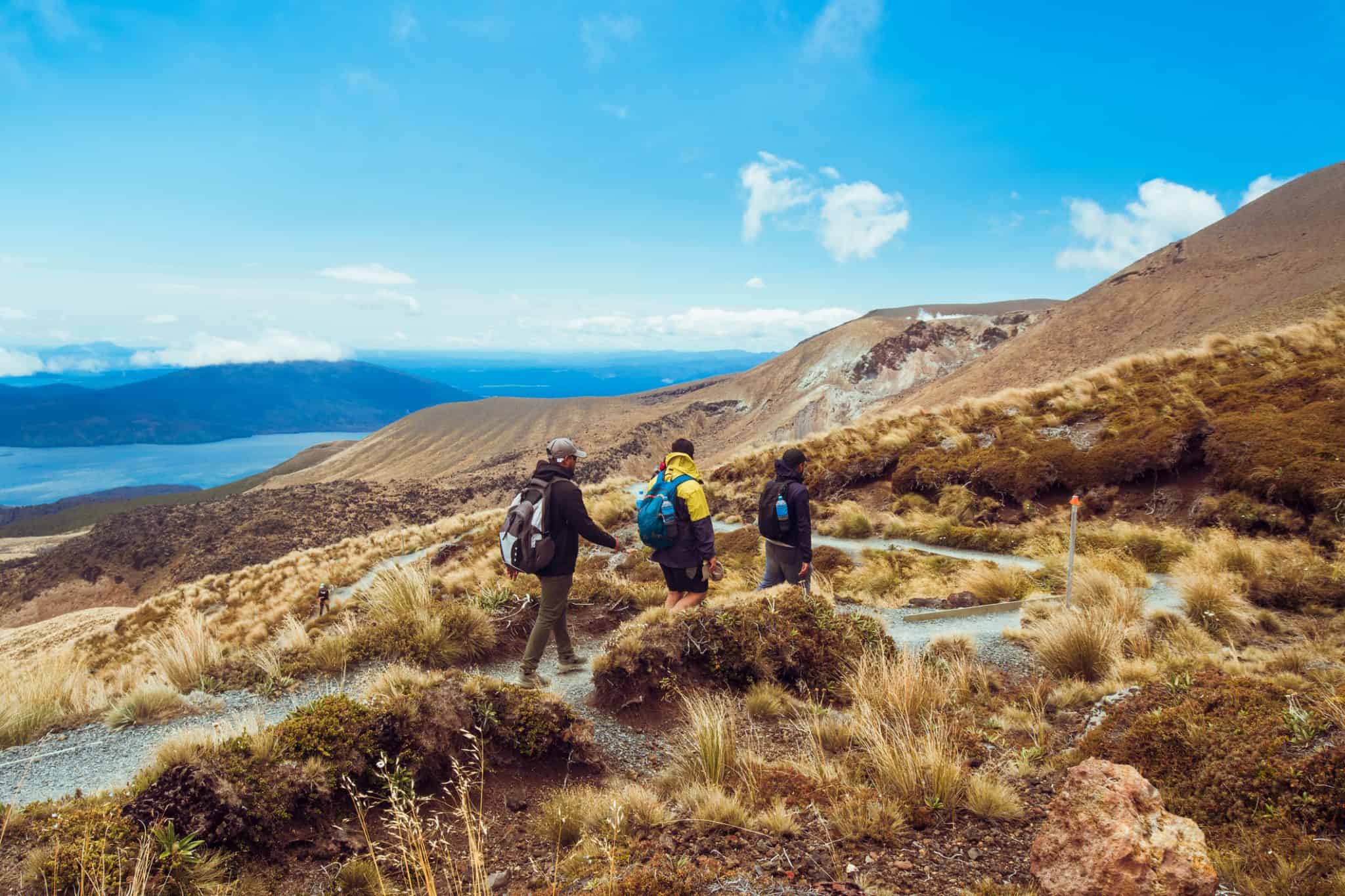 Odyssey Traveller specialises in crafting unforgettable experiences for senior and mature-aged travellers interested in learning as a couple or as a solo traveller when they travel. Providing adventure and educational programs to escorted small group tours for seniors since 1983. Odyssey has built up a reasonable knowledge bank to answer questions about New Zealand that travellers are likely to ask, as they make their plans to tour independently, or with us as part of a small group tour. We hope that this list of frequently asked questions and the answers we provide will help you with planning your next holiday.

Read on, but please do not hesitate to contact us via the website, or through email or chat if you have more questions about New Zealand or our other tours. 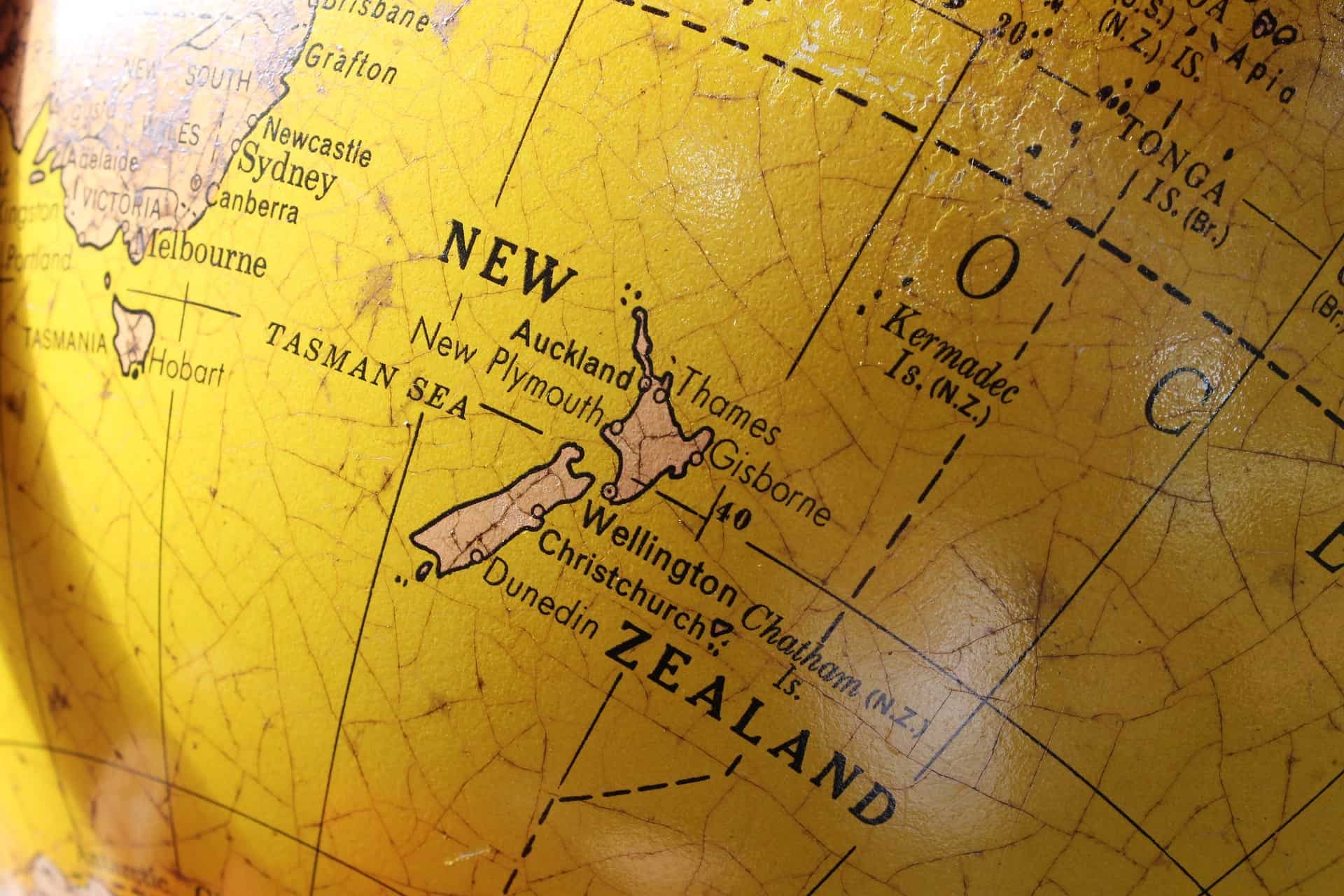 Where is New Zealand located?

New Zealand is a country in the Oceania continent. It’s located in the South Pacific Ocean, about 1,500km east of Australia and around 1,000km south of South Pacific Islands, such as Fiji, Tonga and Vanuatu.

How did New Zealand get its name?

The first Europeans known to reach New Zealand were the crew of Dutch explorer Abel Tasman who arrived in his ships Heemskerck and Zeehaen.

The name “New Zealand” comes from “Zeeland” (which translates to “Sealand”) in Dutch.  Zeeland is a Dutch provicne. The Māori name for the country is Aotearoa, which means “Land of the Long White Cloud”.

When did New Zealand become a country?

New Zealand was the last large and livable place in the world to be discovered. The first people to arrive in New Zealand were ancestors of the Māori, arriving from from Polynesia between 1200 and 1300 AD. They discovered New Zealand as they explored the Pacific, navigating by the ocean currents, winds and stars.

The first European to arrive in New Zealand was the Dutch explorer Abel Tasman in 1642. A long time passed — 127 years — before New Zealand was visited by Captain James Cook in 1769 on the first of 3 voyages.

By the 1830s, the British government was being pressured to reduce lawlessness in the country and to settle here before the French, who were considering New Zealand as a potential colony.

The treaty was taken all around the country, for signing by local chiefs. More than 500 chiefs signed the treaty that is now known as the Treaty of Waitangi.

Māori came under increasing pressure from European settlers to sell their land for settlement. This led to conflict and, in the 1860s, war broke out in the North Island.

A lot of Māori land was taken or bought by the government during or after 20 years of war.

In the 1870s, the government helped thousands of British people start a new life in New Zealand. Railways were built and towns sprang up or expanded. 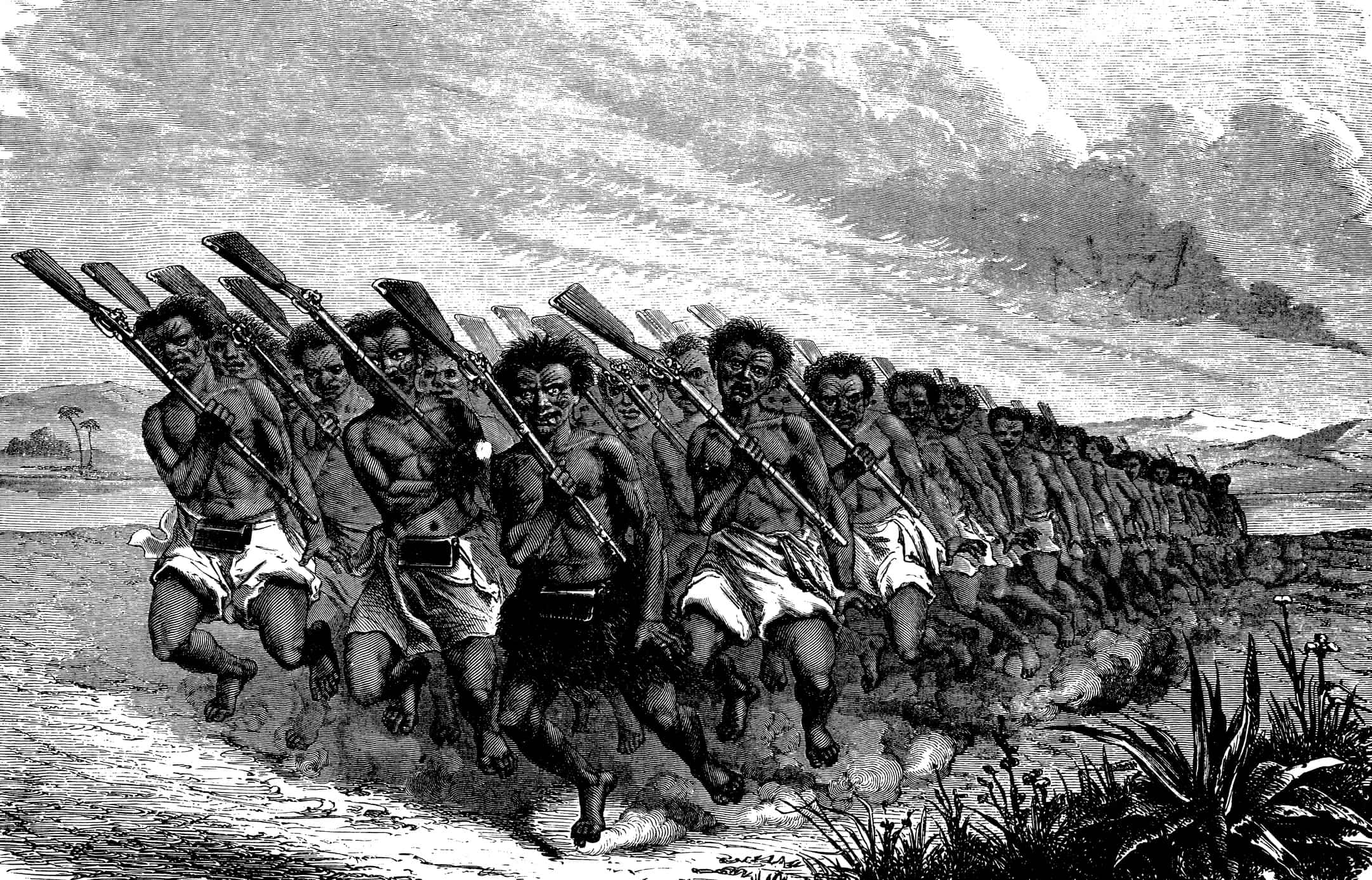 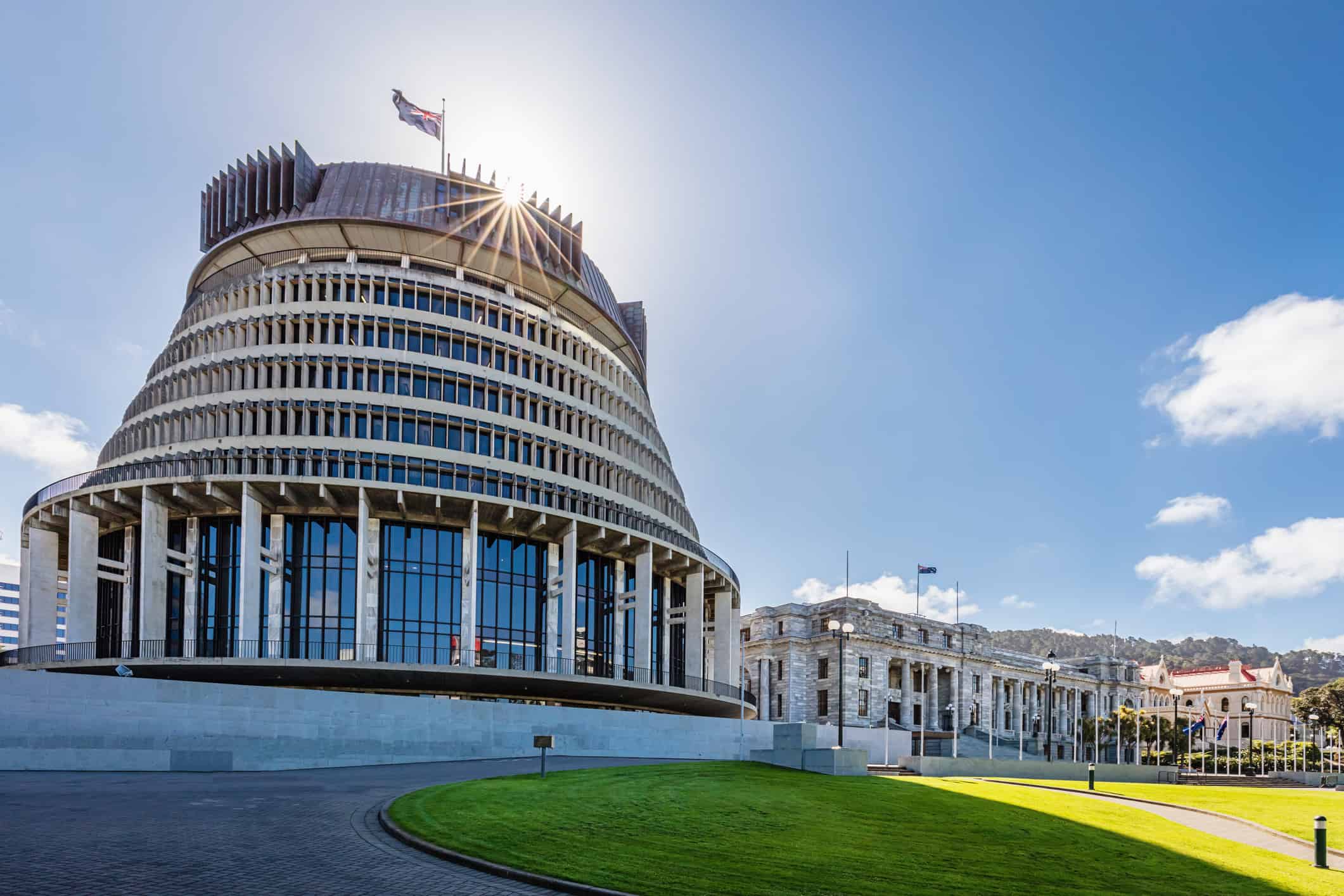 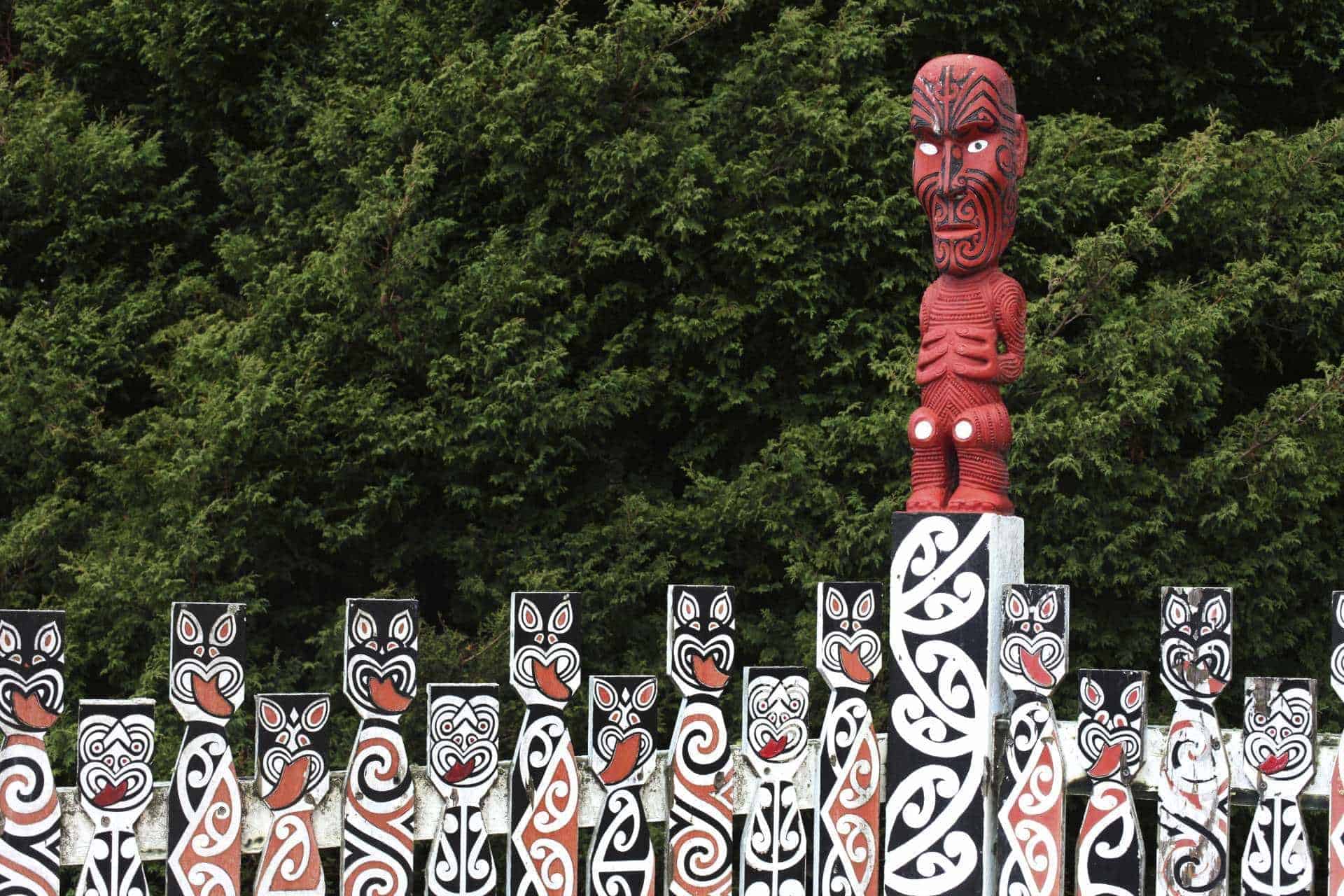 What is the capital of New Zealand?

The country comprises two main islands—the North and South islands and a number of small islands. The capital city is Wellington in the south of the North Island and the largest city is Auckland, north-west on the North Island.

What is the population of New Zealand?

What is the meaning of New Zealand's haka dance?

The haka is a type of ancient Māori war dance. It was performed on the battlefields for two reasons. Firstly, it was done to scare their opponents; the warriors would use aggressive facial expressions such as bulging eyes and poking of their tongues.

The also performed the haka as they believed that they were calling upon the god of war to help them win the battle.

Nowadays, the haka is performed for a lot of different reasons. It is mainly a way for communities to come together and a symbol for community and strength. Most recognised, it is used at important events; an example of this is rugby games where it is performed at the start of each match. 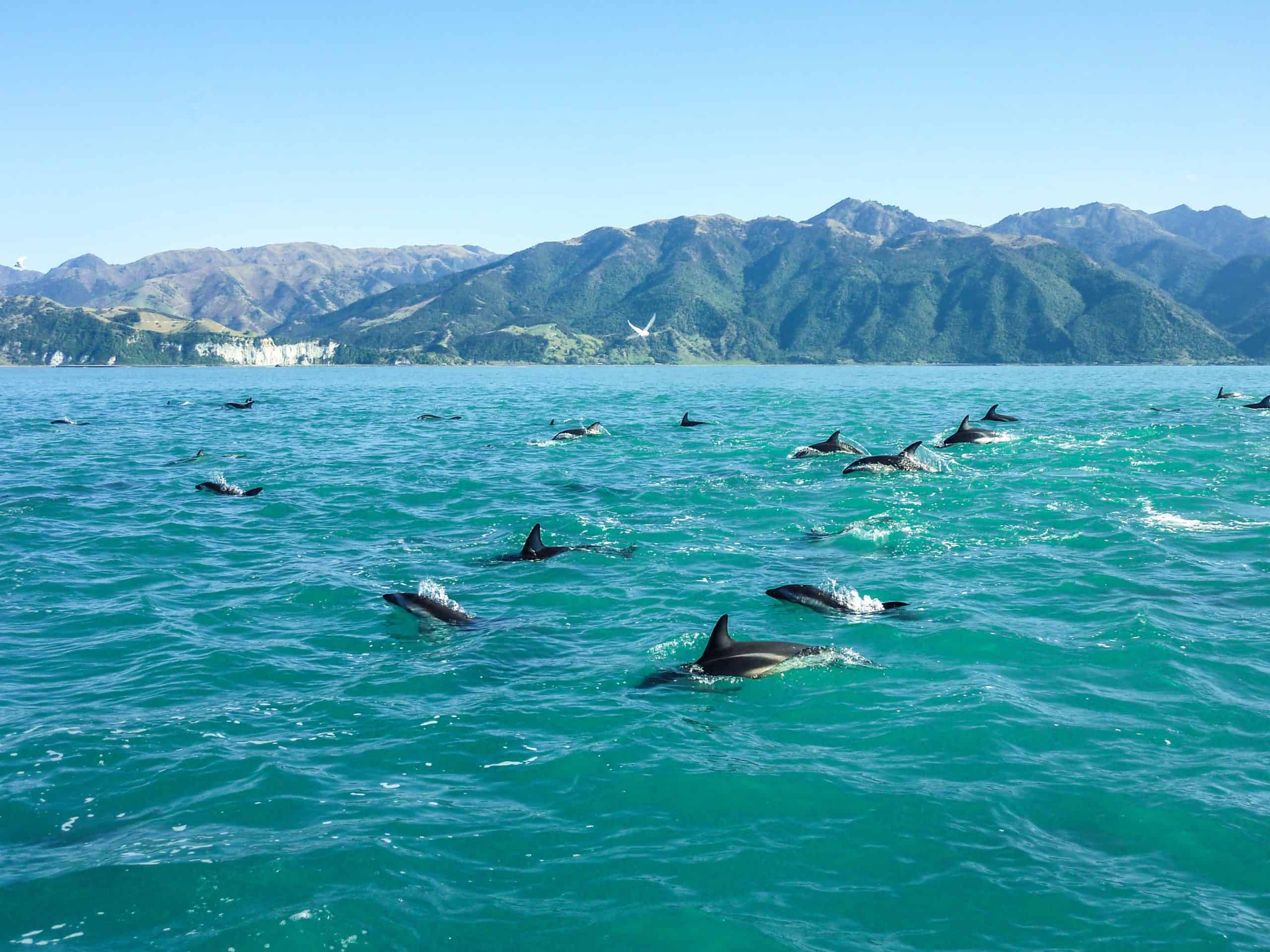 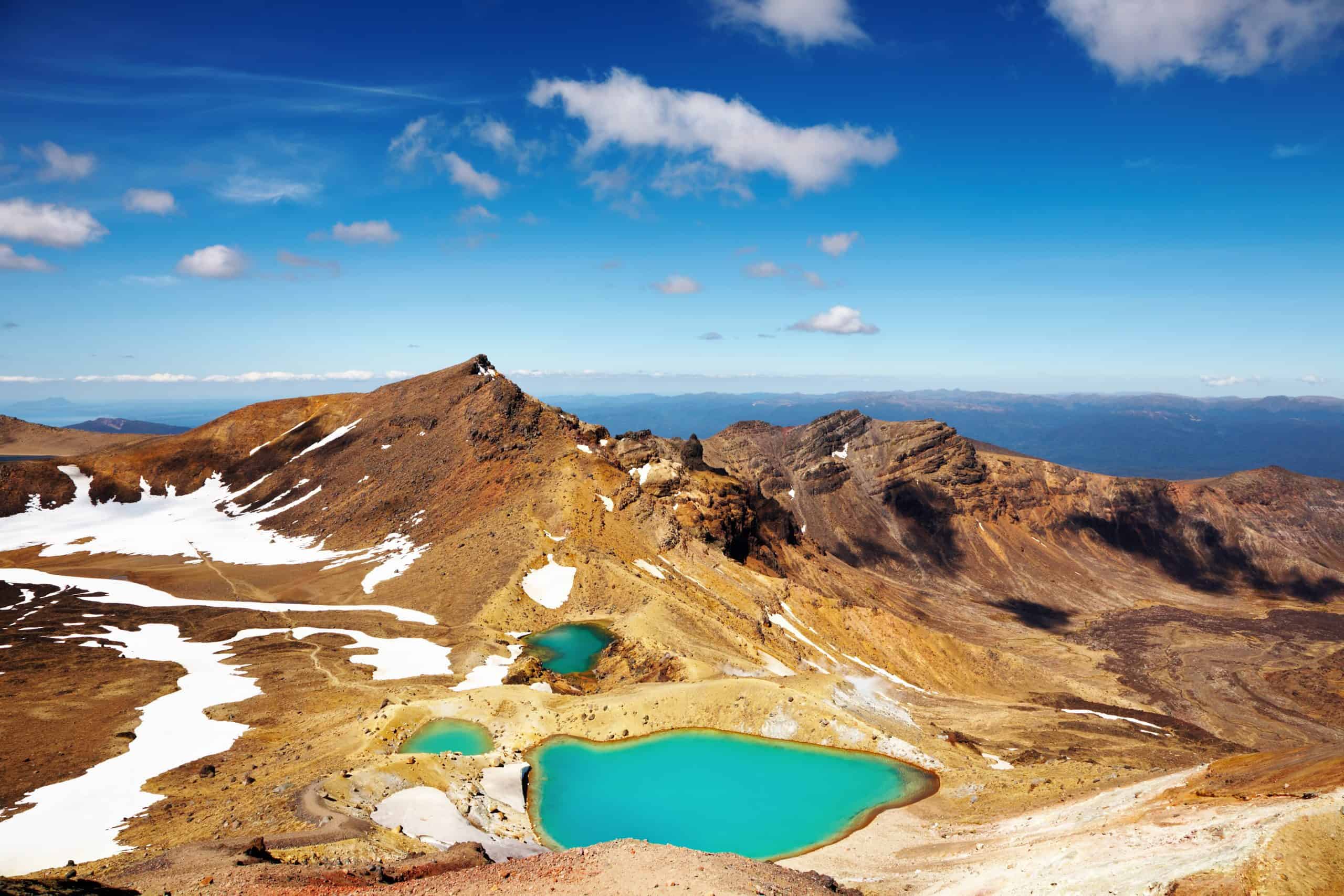 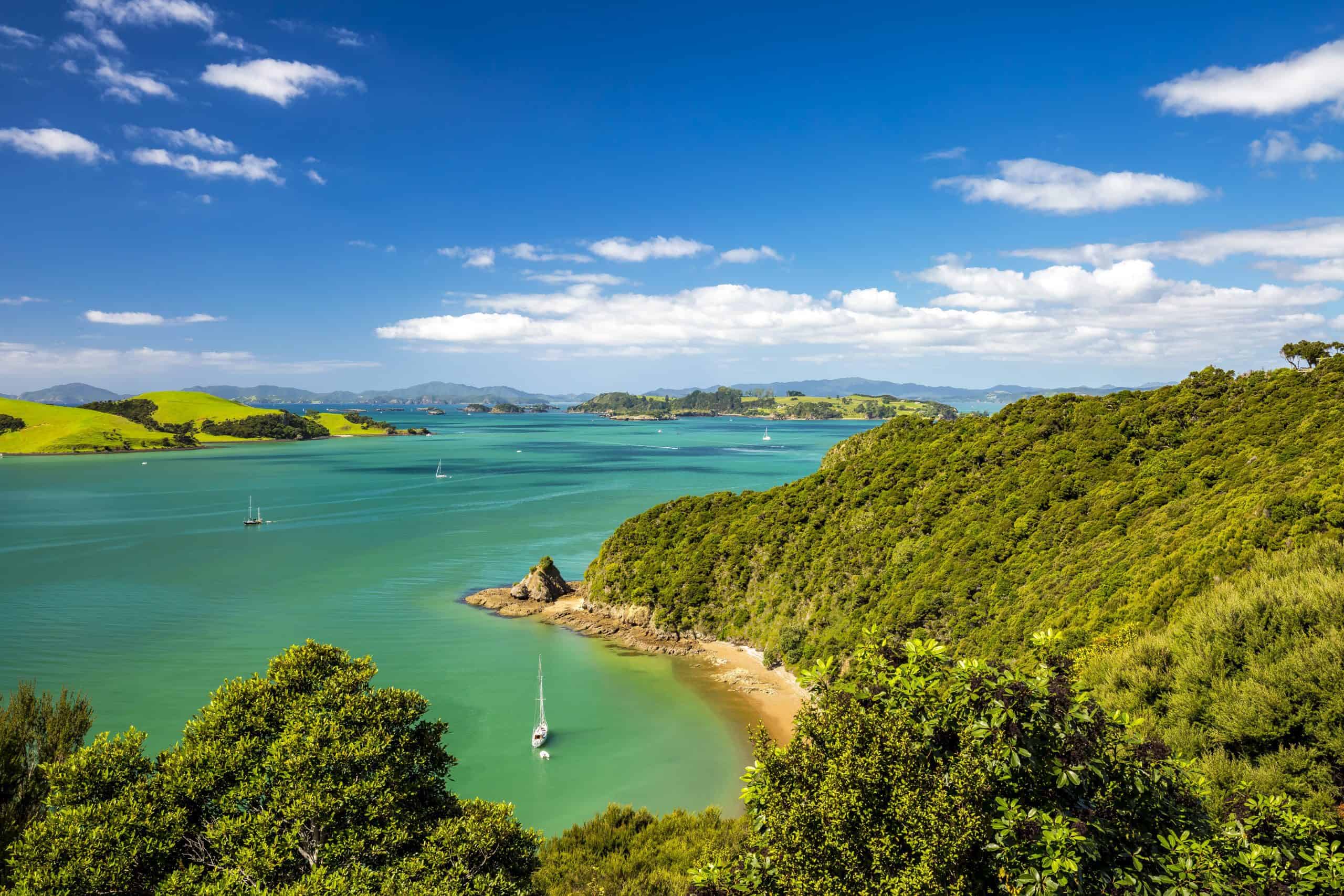 What are the most famous natural highlights in New Zealand?

New Zealand is far from short of magic natural places that can not seen anywhere else in the world.

Waitomo Caves: Approximately 200 kilometres from Auckland, an underground boat tour of this popular destination will expose you to a fluorescent blanket of glow-worms.

Franz Joseph Glacier: The glacier is five kilometres from the town of the same name.
You can climb the glacier by talking guided ice walk, or an aerial sightseeing in a helicopter is another option.

Punakaiki Pancake Rocks: Exquisite rock formations make for an interesting sight – yes they do really look like a stack of pancakes! The foundations of the Pancake Rocks were formed 30 million years ago when minute fragments of dead marine creatures and plants landed on the seabed about 2 km below the surface.Immense water pressure caused them to solidify into layers of more resistant limestone and softer, thin, mud-rich layers. Gradually seismic action lifted the limestone above the seabed where water, wind and salt spray eroded the softer layers leaving a “pancake” like stack of harder limestone.

Mount Taranaki: Also known as Mount Egmont, Mount Taranaki is a stratovolcano on the western coast of the North Island. Its symmetrical shape gives it a strong resemblance to Japan’s Mount Fuji.

Bay of Islands: The Bay of Islands is located in New Zealands top north and includes more than 140 subtropical islands, known for its undeveloped beaches, big-game fishing and Maori cultural artefacts. 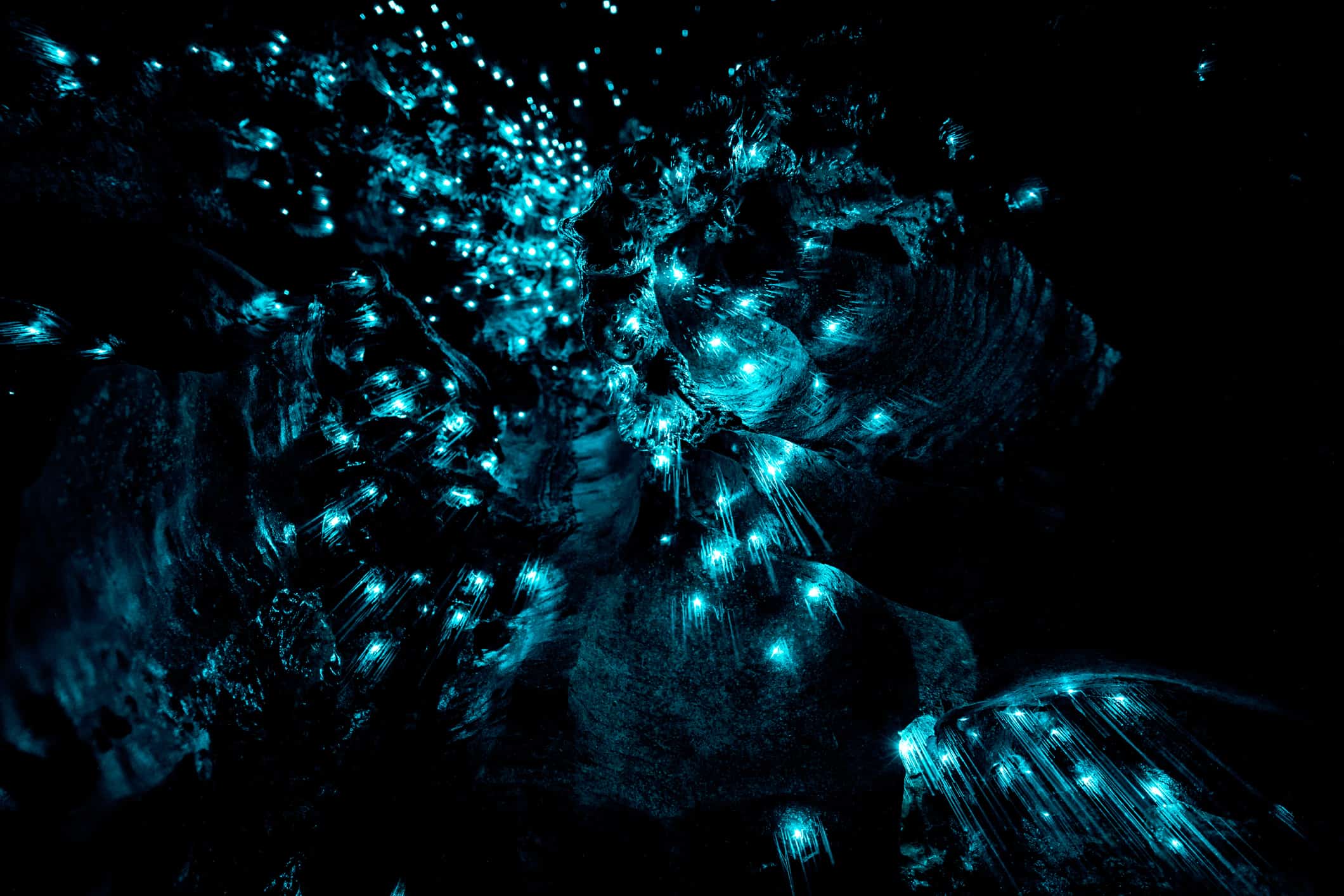 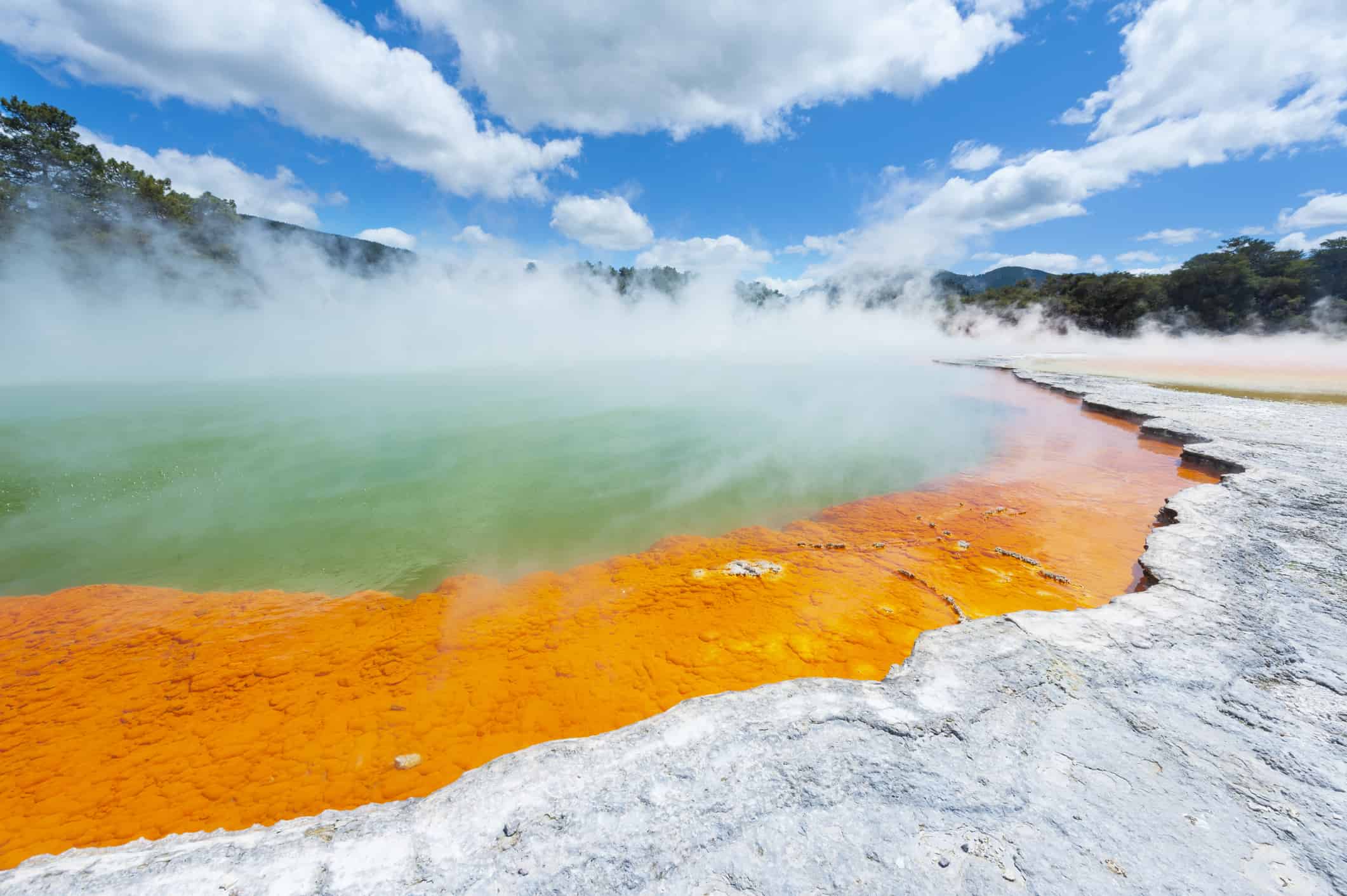 Will I need a Visa when visiting New Zealand?

If you do not meet the above, then you will need a visitor visa, which allows you to holiday in New Zealand for up to nine months. The fastest and a to apply for a visitor visa is online.

When is the best time of the year to visit New Zealand?

The best time to visit New Zealand depends on what you are after. Jun-Aug are the coldest months and great for skiing and other winter sport. Dec-Feb are the warmest months when most pleasant to go to the beach where you might see orcas in Kaikoura (dolphins can be seen almost year-round).

What type of food do they eat in New Zealand?

Mainly inspired by British and Māori culture driven by local ingredients and seasonal variations, common New Zealand food are Seafood. With more than 14,000 kilometres of coastline and Lamb (10 sheep to every Kiwi and the worlds largest exporter of Lamb). The Māori hāngī is a traditional earth oven style of cooking, including chicken, pork and mutton, as well as various vegetables. 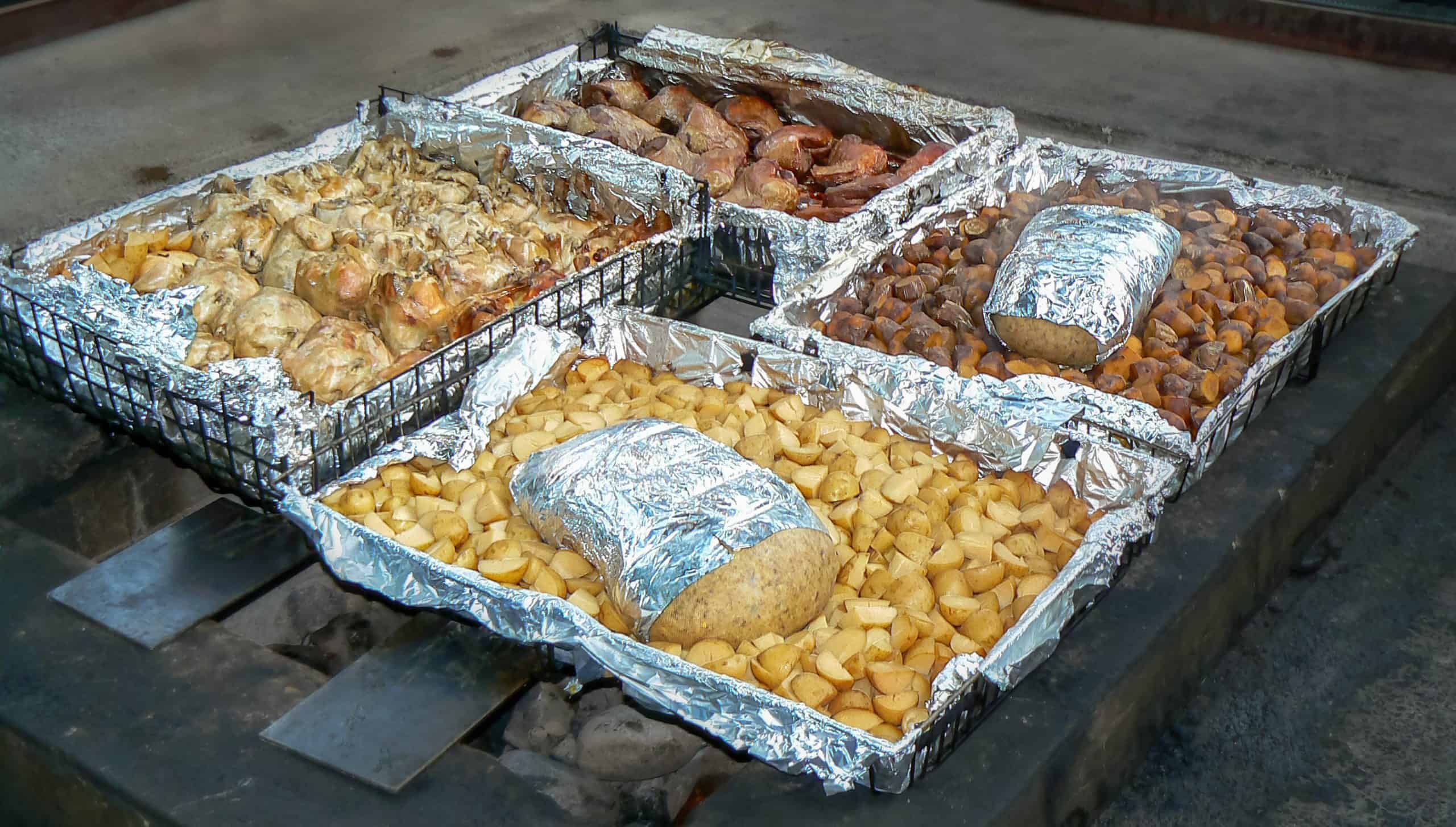 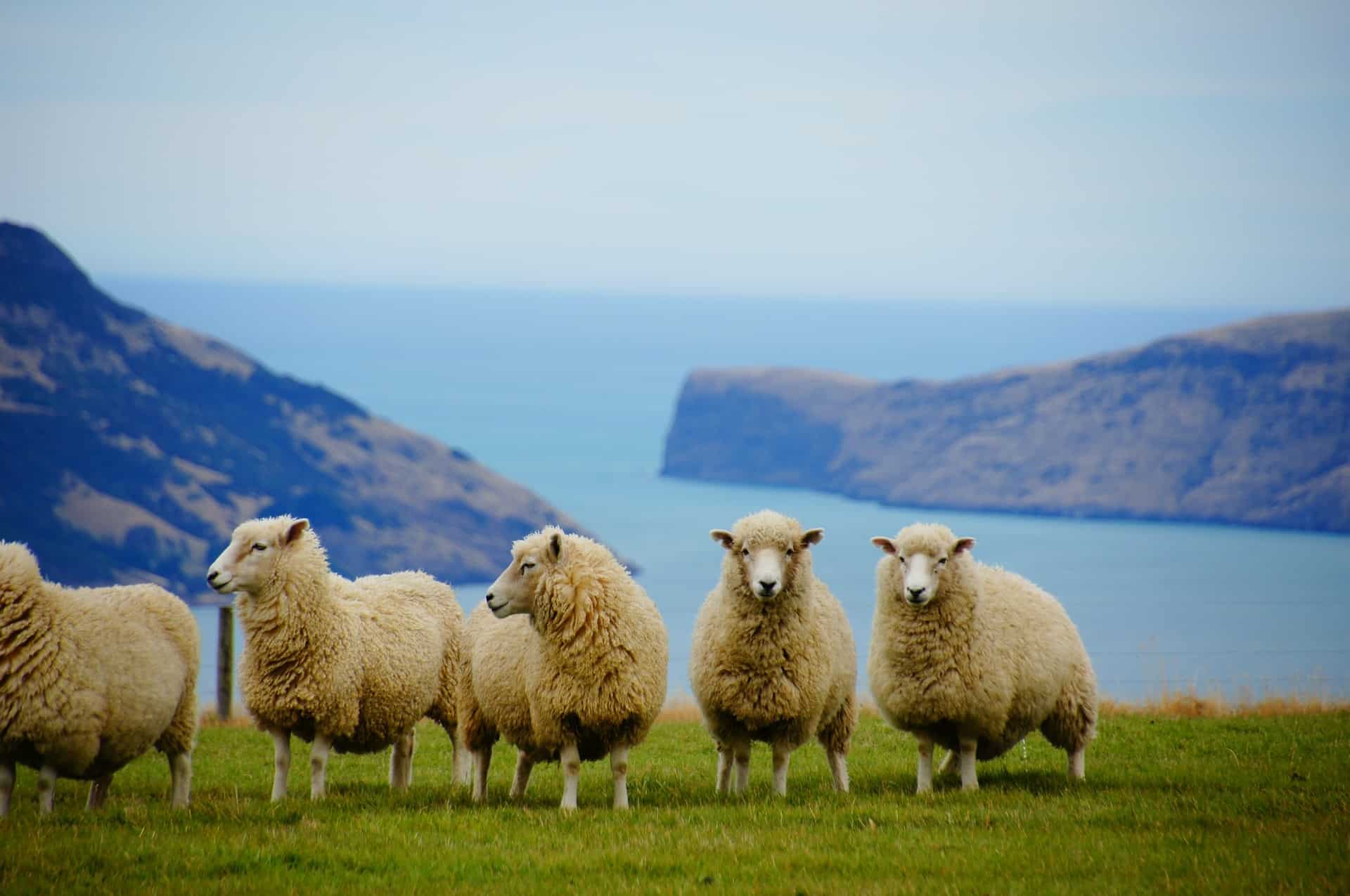 What is the currency in New Zealand?

Although debit or credit cards are accepted at most places in Australia, it is still a good idea to have a bit of cash on you.

Cappuccino at a coffee bar: $5

Meal in a budget restaurant: $25 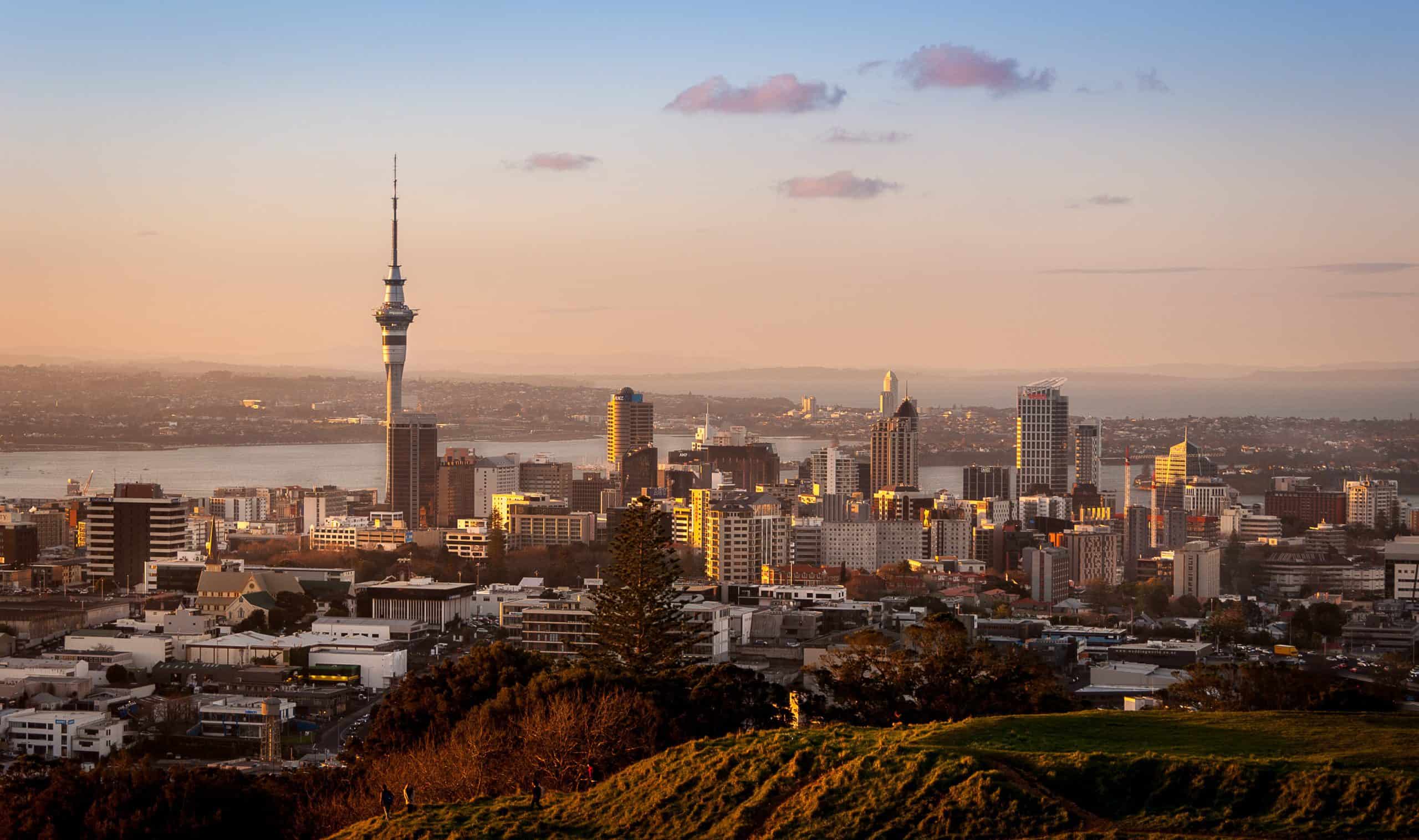