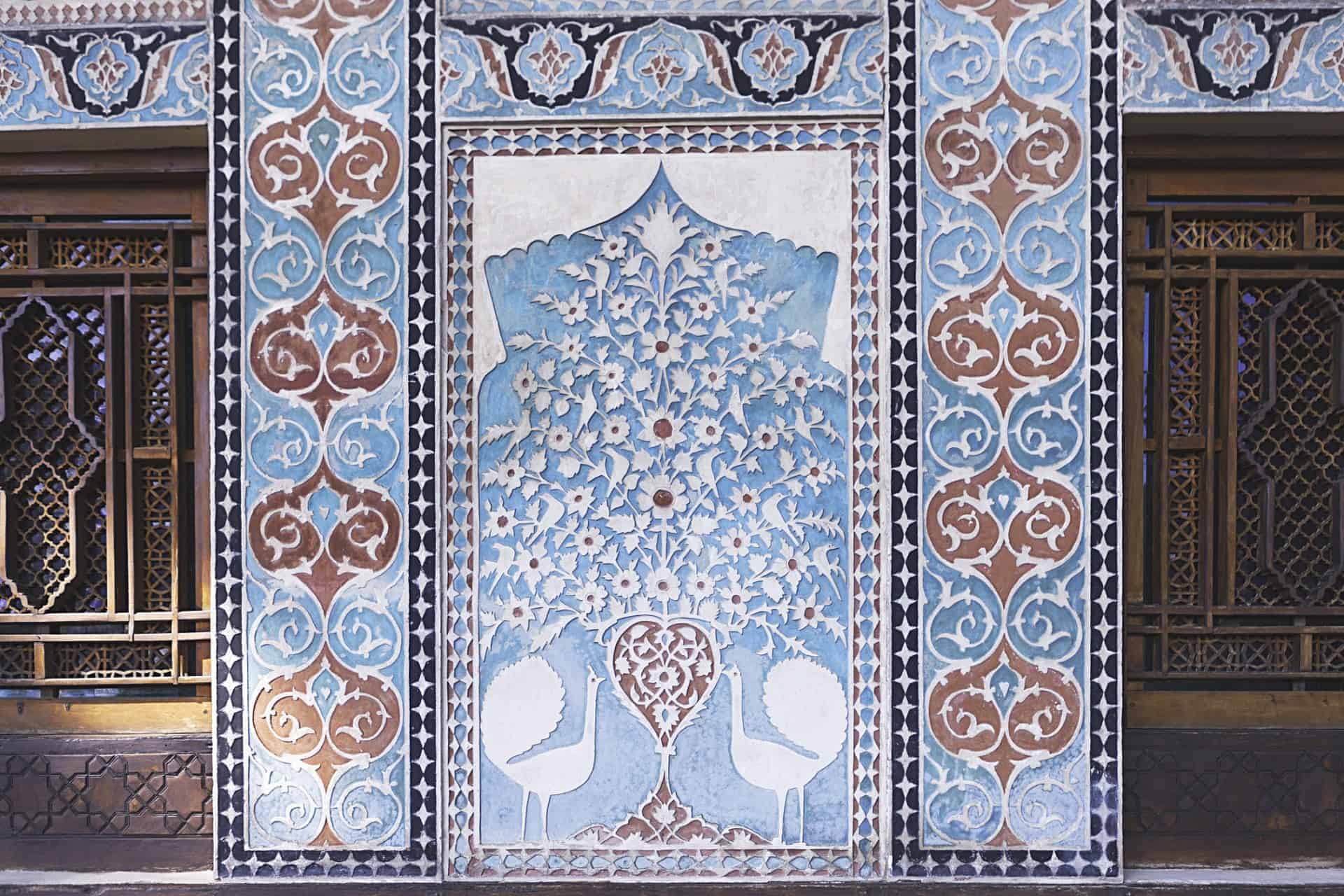 Sheki is often the last stop in a small group tour of the Caucasus as it sits close to Azerbaijan’s border with Georgia. The city, situated in northern Azerbaijan and one of its oldest cities, was once on the path of the great Silk Road. By the 19th century, Sheki was the main centre of silk production in the Caucasus region. Silk weaving is still a part of its industry.

On your tour of Sheki (also known as Şäki, Shaki, and Nukha, its old name), you will be able to walk through the historic centre to uncover its rich history before its annexation by Russia. It has a number of monuments, iconic buildings, and picturesque places you can explore on a walking tour.

A popular destination for travellers to visit is the Khan’s Palace or Palace of the Sheki Khans, a summer residence with intricate murals and rich colour, which UNESCO calls “a rare architectural work”. The Khan’s Palace and Sheki’s historic centre were added to the UNESCO list of World Heritage Sites in 2019.

The Sheki Khans ruled from 1743 to 1819, and this two-story palace has a facade boasting an example of shebeke artistry, where colourful stained glass is set in a wooden lattice without the use of nails or glue.

A short walk from the palace is the Karavansaray Hotel, which has accommodations developed from the abandoned cavaranserai built for the Silk Road merchants. The name for the roadside inns, which were built with a central open-air courtyard, was derived from the Persian compound word karvansaray (combining karvan “caravan” with saray “palace”).

Sheki’s silk factory is just a 15-minute walk from the city centre. While entrance to the factory itself may not be possible, you can peruse the silk items on sale in the store adjoining the factory.

If you are staying in the capital, Baku city, you can head to Sheki via taxi; the drive will take about four hours. You can inquire at your hotel in Baku, Baku international airport (Heydar Aliyev International Airport), or your private tour operator. Continuing on to Tbilisi, Georgia from Sheki can also be done by taxi, bus, or marshrutka from the border.