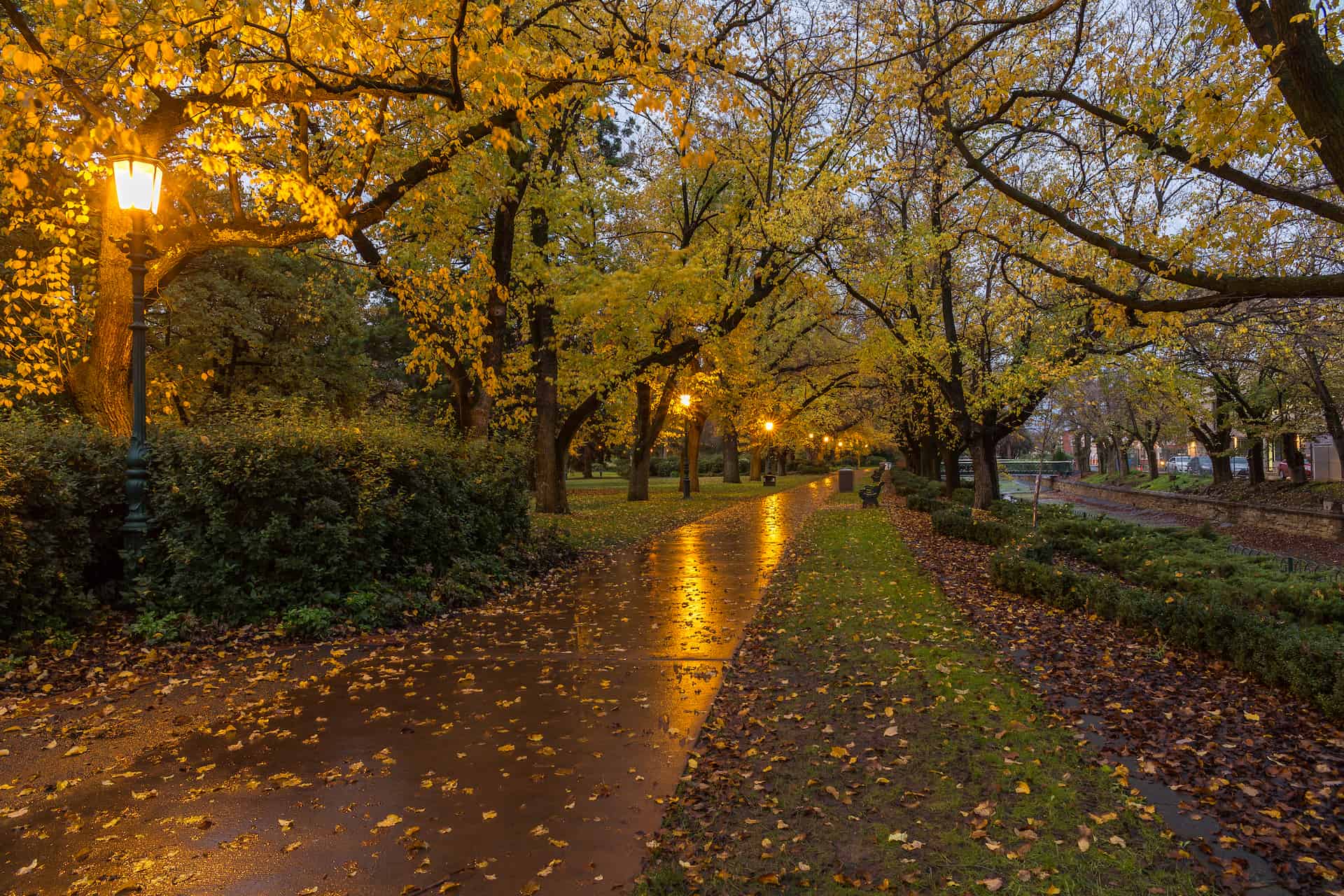 One of Victoria’s great Gold Rush cities, Bendigo is widely considered to have the best collection of architecture in regional Australia.

Bendigo is Australia’s fourth-biggest inland city (after Canberra, Toowoomba, Queensland, and Ballarat), and the fourth-biggest city in Victoria – though the population difference between Bendigo and  rival Ballarat is only marginal. It is located around 153 km north-west of Melbourne and has a mild climate (unlike the notoriously chilly Ballarat).

The traditional owners of the land on which Bendigo sits are the Dja Dja Wurrung Aboriginal people. European settlement first came in the 1840s, with the establishment of pastoral stations.

Bendigo took off with the discovery of gold in October 1851. It was the fourth place in Victoria to discover gold, after Clunes (June), Mount Alexander (July) and Ballarat (August). In particular, the Bendigo Creek and surrounding gullies contained substantial alluvial gold deposits.

The gold attracted prospectors all over Australia and the world, particularly Great Britain, Ireland, Germany, the United States, and China. The population was around 15, 500 people in 1854, and 28, 928 in 1858.

The settlement was initially a ramshackle collection of calico tents, trader’s stores, hotels and boarding houses. Plans for a permanent city centre were laid out 1854, and building of Bendigo’s grand public buildings began. Victoria’s first rural railway line reached Bendigo in 1862, connecting the city with Melbourne in one direction, and the Murray River port of Echuca in the other.

The era of independent prospecting came to an end in the 1860s, and the town shifted toward centralised, underground mines. From 1870 to 1900, Bendigo became the most important gold mining city in the world, producing around 200, 000 ounces of gold on an annual basis. The city became an important railway and commercial centre. Yet, the Bendigo’s wealth came at a cost, as the underground miners suffered poor conditions and health problems, with miners’ phthisis and tuberculosis leading to over 1000 deaths between 1875 and 1905.

The turn of the century saw Bendigo’s fortunes change. The cost of keeping water from the underground mines increasingly proved onerous, and capital investment in gold mining declined. By 1917, Bendigo’s gold output was one-quarter the amount for 1904. The city’s population dropped by 42% from 1901-11. Encapsulating the city’s decline in fortune, Sidney Myer closed his drapery store, establishing an emporium on Bourke Street, Melbourne.

The city bounced back in the 20th century, as a service provider for the agricultural hinterland, and tourist attraction.

Bendigo might be the only city in Australia named after a boxer. In the 1850s, there was a world-famous English boxer named Abednego William Thompson – nicknamed ‘Bendigo’. A local shepherd in the area received the nickname ‘Bendigo’ thanks to his boxing talent. A local creek was named after the shepherd, and the town got its (unofficial) name from the creek. It was officially known as Sandhurst until 1891.

In particular, Bendigo’s architecture is defined by the influence of the German architect William Vahland. Fleeing political turmoil in his homeland, Vahland moved to Bendigo in the 1850s, but rather than try his luck in the goldfields, went into business as a carpenter, eventually becoming the city’s most influential architect in the 1880s and 1890s. Vahland drew inspiration from the architecture of his home country, importing artists and craftsmen from Germany in order to create a ‘Vienna of the south’. He was also influenced by French Second Empire architecture, giving Bendigo’s architecture a cosmopolitan air.

Begin your walking tour on the main thoroughfare, Pall Mall, which is lined with ornate Victorian buildings. In particular, look out for the Bendigo Town Hall, built 1859, with extensive alterations from 1883-5. Inside, the German artist Otto Waschatz (who also decorated Denmark’s Royal Palace), decorated with mythical figures and gold leaf. The simple facade of the Beehive Store and Mining Exchange hides an elegant interior designed by Charles Webb, who designed Melbourne’s famous Royal Arcade. At Charing Cross at the end of Pall Mall is the opulent Alexandra Fountain, completed in 1881 and opened by the future King George V and his brother, Prince Albert Victor. It was named after the then-Princess of Wales.

The centre of the city is home to a number of other fascinating buildings. The Dudley House (1858-9) is the oldest building in Bendigo still standing. The Former Mechanics Institute and School of Mines and Industries is one of Vahland’s masterpieces. Look behind the main entrance for the octagonal library, a charming 19th century room with domed roof, glass lamp, and original collection of books intact.

From the city, head across Rosalind Park – named after Rosalind from Shakespeare’s As You Like It – a charming Victorian-style parkland, home to statues, iron bridges, gardens, and an old-fashioned conservatory. From the park, wind your way back along View Street. The social ferment of the late 19th century is palpable at the Trades Hall (one of only three purpose-built trades halls in Victoria), and the Temperance Society, where social reformers met to curb the heavy drinking of Bendigo’s miners.

The grandest building in Bendigo is the Shamrock Hotel (1897), designed by local boy and Vahland protege Philip Kennedy, and intended to match Melbourne’s Grand Hotel (now Windsor Hotel). The hotel would see an important moment in Australian history when Alfred Deakin made a speech in favour of federation in the banquet hall in 1898. Other notable guests have included Dame Nellie Melba and Prince Charles and Princess Diana.

Bendigo’s Sacred Heart Cathedral is an outstanding neo-Gothic structure, and the largest cathedral outside Melbourne. It was designed by architect William Tappin in 1887. Work commenced 1896, but was not completed until 1977.

Beyond architecture, Bendigo is also home to a number of fascinating historic sites and museums. The Central Deborah Mine, established 1909 and closed 1954, allows visitors to put on mining gear and descend 228 metres below the surface – the deepest mine tour in Australia. Claustrophobic guests may prefer to explore the collection of mining machinery on the surface.

The Golden Dragon Museum & Dai Sum San Precinct, established 1991, is a tribute to the history of Chinese settlement in Bendigo. In the 1850s, over 3000 Chinese prospectors moved to the gold fields, establishing a community that has played an important role in Bendigo social life ever since. The collection includes a set of processional dragons. The Loong dragon is the world’s oldest imperial dragon, first appearing during Federation festivities in Melbourne in 1901 (and reappearing at centennial celebrations in 2001). The Sun Loong dragon is the longest imperial dragon in the world.

The museum is surrounded by a beautiful traditional Chinese garden, modelled off the imperial gardens in Beijing and home to a traditional water garden and Kuan Yin temple.

The Chinese history of Bendigo is also apparent at the Joss House, a red temple constructed out of bricks by Chinese immigrants in the 1870s to worship Guan-Di (Kwan Gong), the god of war and prosperity. It is one of only a few buildings of its type remaining in Australia today.

Bendigo is also home to an important art gallery, the Bendigo Art Gallery, founded 1887. It is widely considered to be one of Australia’s best regional galleries. It has a strong collection of 19th century European paintings, including work by the social realist Thomas Kennington, and an impressionist collection including works by Alfred Sisley. The gallery also has a collection of Australian paintings, spanning from 1850 to the present day, including several important works by the Heidelberg School.

Odyssey Traveller makes a day tour of Bendigo as part of our tour of Victoria. Designed to bring to life the 19th century history of Victoria, our tour begins with two nights in Melbourne. We then head to the gold rush city of Ballarat, where we discover the history of the Eureka Stockade on a trip to Sovereign Hill. After our time in Ballarat, we head to the heritage town of Castlemaine for three nights, stopping off at the spa town of Daylesford on the way.

We then head to the Murray river port of Echuca, where we explore important wetlands and enjoy a cruise. From Echuca we head East to the high country town of Beechworth, stopping for a wine tour of the All Saints winery on the way. From Beechworth, we visit Benalla, home to one of regional Australia‘s great art galleries, before we head to Yarra Glen in the Yarra Valley, where the regional Victoria component of our guided tour ends. We then spend another night in Melbourne.

Every Odyssey guided small group package  tour is designed for mature and senior travellers, who want an in-depth experience of their destination. We are guided by an experienced tour operator/tour guide, and are joined by local guides along the way.

Odyssey Traveller caters for a range of fitness and health levels. For more information, click here. If you have any concerns, please see a health service for expert advice, or call or email us for a consultation about your individual circumstances. 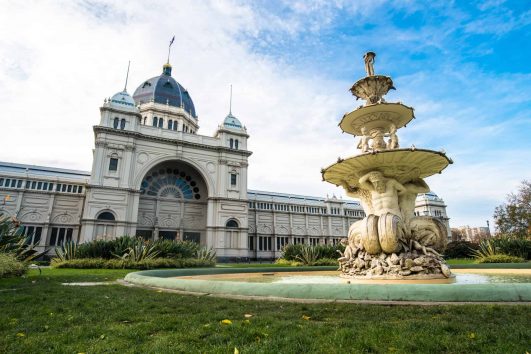 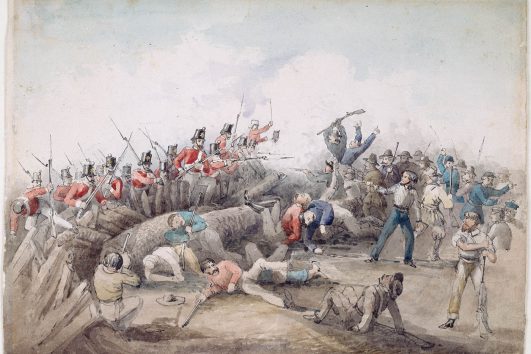 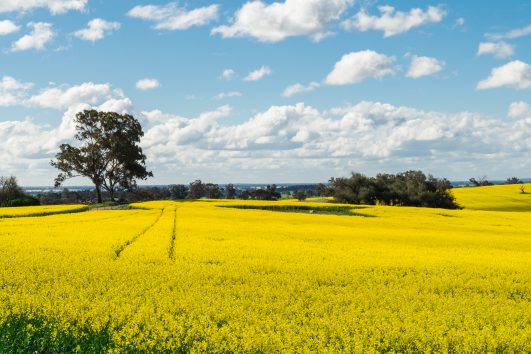 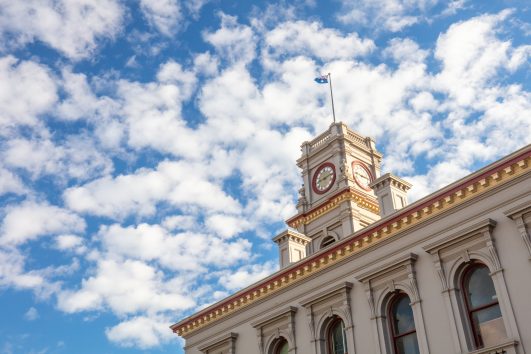 Castlemaine is part of our Victoria small group package tour into the region following the gold rush. Structured as a small group tour for mature and senior travellers, couples and singles. This program is part of a collection of tours of Australia focussed on History, wildlife and landscape. 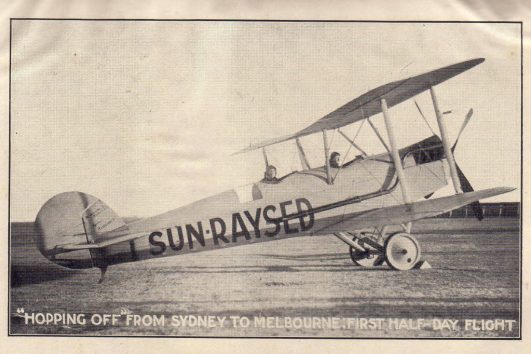