Odyssey offers easy, convenient, and relaxed escorted small group tours across the Croatia and beyond. We explore Croatia’s incredible natural beauty, its ancient Roman heritage, World Heritage Sites, and fascinating cities, with some truly spectacular scenery along the way. This and more is all waiting to be explored on one of Odyssey’s small group tours of Croatia, designed for the senior traveller, and led by experienced, and enthusiastic like minded people.
The main attraction of Croatia is undeniably its stunning coastline. With isolated island resorts, vivid blue and green water, and secluded sandy beaches, it sometimes seems like Croatia‘s Dalmatian coast was designed purposefully to provide the ideal lazy vacation. Yet Croatia isn’t just beach leisure: its long history as a cultural crossroads between Venice and Istanbul means that the landscape is dotted with Byzantine and Venetian architecture. Head inland on your Croatia tour for equally world-class scenery in the lakes and mountains of Plitvice National Park. And wherever you go, you’re sure to encounter traditional Croatian hospitality – which, happily, often translates to generous serves of local cooking. Though Croatian food is often simple and homestyle, the quality of local produce means that it is always delicious. With a knowledgeable tour guide on our small group tours Croatia 2020 for senior or mature couples & the solo traveller, you can spend time exploring and learning about the destinations of Croatia, Europe.
Hand crafted tours for Mature World Travellers

An 18 day small group tour tour takes you deep into the the Balkan Peninsula. Starting in Dubrovnik, travel through Croatia, Bosnia & Herzegovina, Serbia, Macedonia and Albania before returning to Dubrovnik. 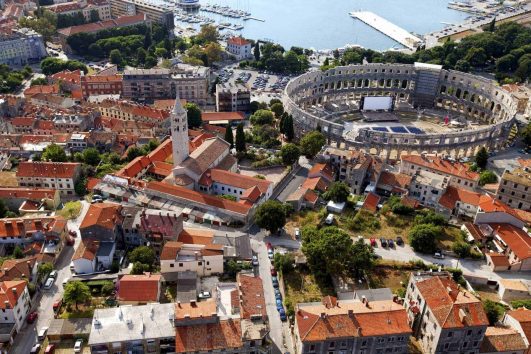 Spend 19 days touring Croatia, starting in Zagreb then travel south  following the coast, where trade and the influences of the outside world made its mark. Travelling with like minded people in our small group  we will explore the country in depth with great local guides and stay in key historical area such as Porec, Zagreb and Dubrovnik.

A trip to the Dalmatian coast on the east shore Adriatic sea is an unbeatable main attraction for small group tours Croatia 2020. Dramatic limestone cliffs, stunning beaches, and the clearest water in the world all cover the glimmering coastline. Particular highlights on the Dalmatian coast include the appealing Dalmatian island of Korcula with its medieval squares and secret beaches, the island of Hvar famous for wine tasting, the stunning architecture and sculptural detail of the old town in Dubrovnik, the impressive Roman ruins in the big city Split, and the historic towns Trogir and Zadar.

While many choose to enjoy their trip solely on a Croatia sailing tour, venturing inland reveals just as many incredible sites waiting to be explored. A walking tour of Zagreb is especially impressive. Stroll through the dimly lit narrow cobblestone streets of the Upper Town past red-roofed neo-baroque and art deco buildings, iconic churches, galleries, and many many museums (more per square foot than in any other city in the world). Or sit back at one of the numerous cafes and restaurants for a delicious Croatian dish. 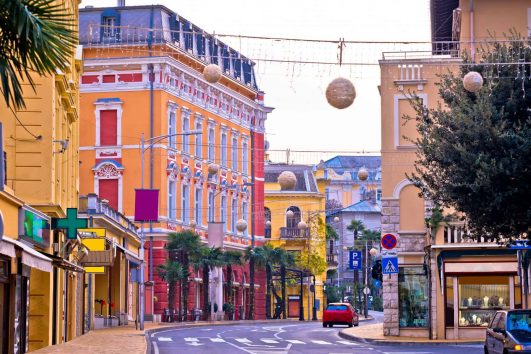 A history of medieval Croatia: The Definitive Guide

The ‘unfaithful Croats’: A history of medieval Croatia. When you think of Croatia, what comes to mind? For many travellers it’s a series of vivid colours: the blue of the Adriatic, the yellow beaches of… 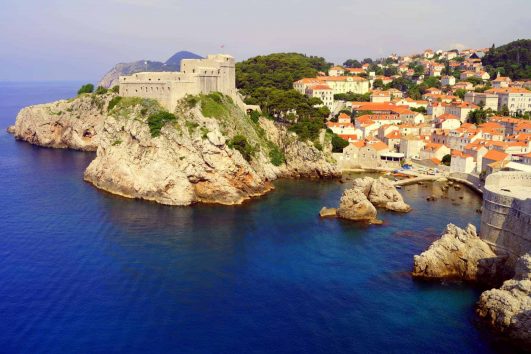 Discovering Croatia’s History: From the State of Illyria to Croatia as an Independent State Croatia’s long history and natural beauty lure tourists from all over the world. Croatia has a very long history. Human presence in…

Odyssey travels by coach and occasionally uses local transport, including trains and ferries. Specifics are always outlined in your tour itinerary. Croatia is well-served by an extensive bus network, with bus services in almost every town and city. Ferries and catamarans are often the best way of getting around Croatia’s numerous islands off the coast. Train services are somewhat limited due to the mountainous landscape, with the country’s train network largely restricted to the country’s northern areas.

Croatia lies on the Adriatic coast, and covers an area of 56,594 square kilometres. The topography of Croatia consists of flat plains to the east and north, and mountainous terrain towards the west and southern coast. Croatia is 1,777.3 kilometres long, with 1,246 islands and islets scattered across the coast, while Croatia’s highest point is Dinara mountain at 1,831 metres.

Croatia has a continental climate, with warm summers and cool winters. Seasonal precipitation can be high in some areas, so check the weather reports and prepare accordingly depending on when you intend to travel.

Croatia has 10 UNESCO World Heritage Sites. You can view the official list of the sites here (https://whc.unesco.org/en/statesparties/hr). A few notable heritage sites include:

Numerous festivals and events dot the calendar in Croatia. The Festival of St Blaise has been held in Dubrovnik continously since the year 972 AD. Held in honour of Saint Blaise, the patron of Dubrovnik, the festival features costumed parades and relgious blessings as the people of Dubrovnik give thanks to Saint Blaise. One of Croatia’s more striking cultural events is the Moreška, a traditional sword dance performed on the island of Korčula. Featuring elaborate costumes and thrilling sword fights, the performances are themed around the battles between two warring kings over a veiled young woman. Other events include the mid-year Vinistra exhibition in Porec, which showcases the fine wines and spirits of the region, and the Pula Film Festival, which has screened films every year since 1954 at the iconic Roman ampitheatre of Pula (Pula Arena).

Regional influences have a heavy bearing on Croatian food – Slavic, Hungarian and Turkish influences characterise food to the inland areas to the north and east, while Greek and Italian influences colour the seafood-heavy cuisine of the coastal Dalmatian and Istrian regions. Black risotto is a dish popular all over Croatia’s coastline; this Croatian take on risotto is made from rice, cuttlefish, onion, garlic, red wine, and olive oil, and is coloured black by cuttlefish ink. Other dishes from Croatia’s coastal regions include grilled fish, grilled sardines and octopus salad. Further inland, stews and soups are more commonly found, such as duvec, a hearty tomato and meat-based vegetable stew. Beverages popularly consumed in Croatia include beer, wine and rakija (fruit brandy), which comes in many different varieties.

Generally speaking, Croatia is safe to travel in, though always exercise common sense while travelling.

Whenever you travel overseas, it’s always wise to take an appropriate travel adaptor. Croatia’s electricity supply runs at 230V and 50Hz. Croatia uses both the Type C and Type F electric plugs, so make sure you have the right travel adaptor with you. 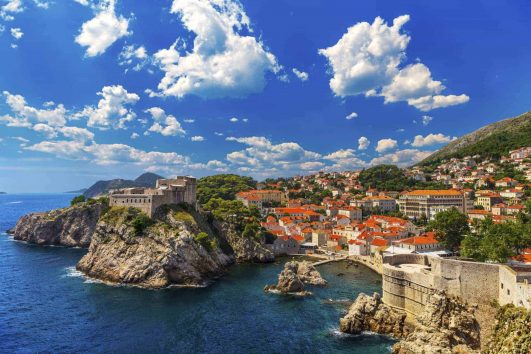 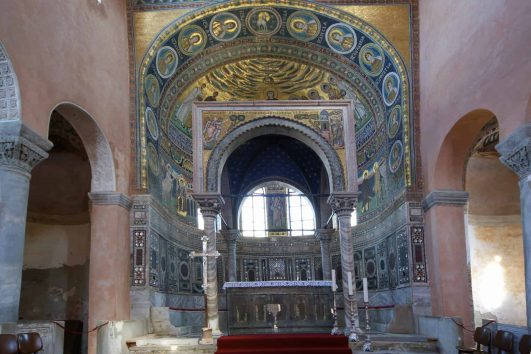 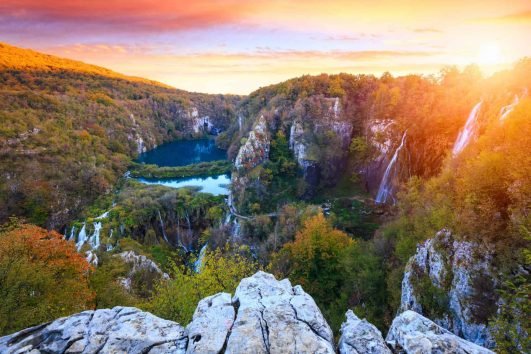 What time zone is Croatia in?

Is tipping customary in Croatia?

If you’re on an Odyssey tour, we take care of tipping so you don’t need to give it a second thought. However, in your free time, or if travelling independently, it’s essential that you tip an appropriate amount for services. Generally speaking, tipping is not mandatory but is appreciated for good service, with 10-20 kuna common for hotel staff and tour guides, and a 10% gratuity when paying the bill at restaurants.

Wifi should be available in most hotels, cafes and restaurants when travelling in Croatia

Can I use my mobile phone in Croatia?

Check with your cell phone provider to see whether you’re able to make calls and use data while in Croatia. Many providers will allow you to pay a daily fee that allows you to make calls and check the internet while only being charged your regular rates. However, be certain to inform your provider that you’re heading overseas, because just like a bank they can turn off your service as a result of unusual activity.

The ‘unfaithful Croats’: A history of medieval Croatia.

The Balkans: The influence of the land on its people.

External articles to assist you on your visit to Croatia:

The Telegraph: 28 Reasons to go to Croatia.

‘Hidden Charms’: Your Guide to Zagreb