Highlights of Jordan | The Jerash Ruins 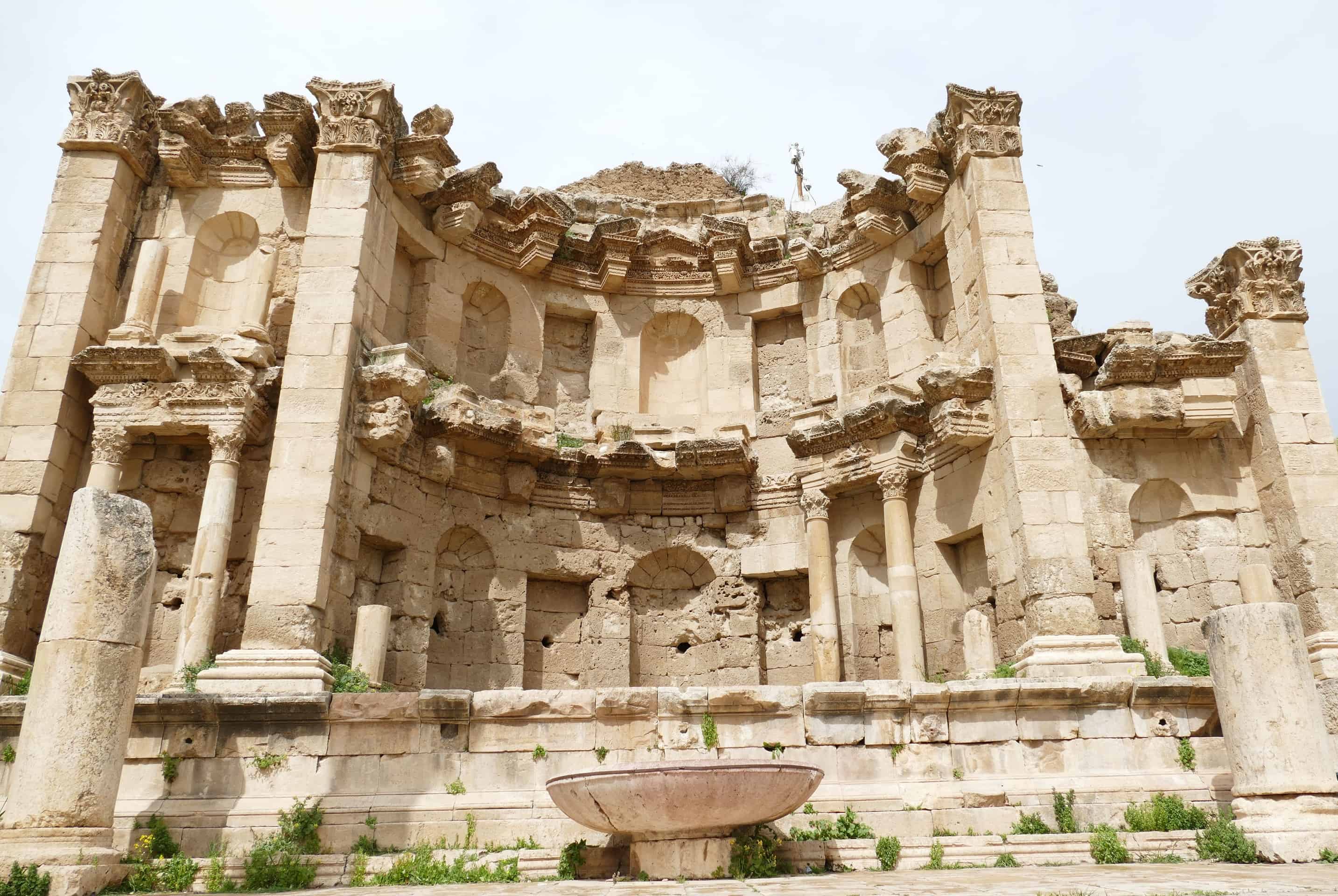 Highlights of Jordan | The Jerash Ruins

Jerash in northern Jordan is noted for its well-preserved Roman ruins, one of the largest in the world. Located 48 kilometres (30 miles) north of the capital, Amman, the Jerash ruins is one of Jordan’s most popular tourist sites, alongside the ruins of Petra. The archaeological site is a relic of Jerash’s founding during the Hellenistic period, and its golden age as a prosperous city under the Roman Empire. Currently on the tentative list of UNESCO’s World Heritage Sites, it is considered an ancient meeting place of the East and the West.

It is believed that the city’s ancient name, Gerasa, came from gerasmenos, Greek for “elderly people”, as veteran soldiers of Alexander the Great’s campaigns in the 4th century BC were said to have been rewarded with a parcel of land in the area.

The city was also known by the Greek name Antiochia ad Chrysorrhoam, “Antioch beside the river of gold”, which points to its roots as a settlement by the Seleucid king Antiochus IV Epiphanes, who reigned by 175 to 164 BC. The “river of gold” in the city name refers to Chrysoroas, now called Wadi Jerash, a tributary of the Wadi Zarqa.

The Seleucid Empire rose after Alexander’s untimely death at the age of 32, and his empire became divided as his generals began seizing control. His general, Seleucus I Nicator, ruled Alexander’s territories in the eastern regions and began the Seleucid dynasty, spreading Greek customs and culture throughout what we now refer to as the Middle East. Antiochia ad Chrysorrhoam was blessed with a great location: it had fertile land and stood at the ancient trade route called the King’s Highway, which connected Egypt to Damascus, connecting Jerash to the ports of Tyre (in present-day Lebanon) and Joppa (Israel). The city grew wealthy and Seleucid-built temples to Greek gods and goddesses were erected in Jerash. Trade enabled Jerash to interact with other cultures, and ancient Semitic gods also gained foothold, based on the inscriptions found in the city.

When the Seleucid Empire fell, Jerash was controlled by a series of rulers until it was folded into the Roman Decapolis, a group of ten semi-autonomous cities in the Roman province of Syria. Its semi-autonomy lasted from 63 BC to 106 AD. By 106 AD, Emperor Trajan incorporated the city into a new Roman province, Arabia Petraea, close to the provincial capital of Bosra (now in present-day Syria). The King’s Highway was paved and became known as Via Nova Traiana (Trajan’s New Road).

When the Roman Empire fell and survived in the east as the Byzantine Empire, Byzantine emperors continued building in Jerash. Jerash’s cathedral, which once had mosaics and a mosaic floor like its many churches, dates from the 4th century AD, showing its gradual conversion to Christianity. The Baths of Flaccu were constructed around the 5th century, and Jerash’s Hippodrome, which could fit 15,000 spectators, remained in use for chariot races.

Many of the buildings and structures remaining in Jerash date from the 2nd century AD. Hadrian wintered in Jerash in 129 AD, his stay celebrated with the construction of a triumphal arch (Hadrian’s Arch). In 150 AD, the Romans began constructing a temple with Corinthian columns honouring Artemis, the goddess of the hunt and the patron goddess of Jerash.

The north gate of Jerash was dedicated to Trajan in 115 AD, and was the main entrance gate of the city. Its south theatre (photo above) was one of the most remarkable in the ancient world, erected during the reign of Emperor Domitian and remodelled by his successors.

The Oval Forum (or Oval Plaza) connected the city’s southern entrance with Jerash’s collonaded cardo maximus, or main street. Both are fine examples of the ancient Romans’ careful urban planning.

On the western side of the cardo is the Nymphaeum, an elegant ornamental fountain dedicated to the water nymphs.