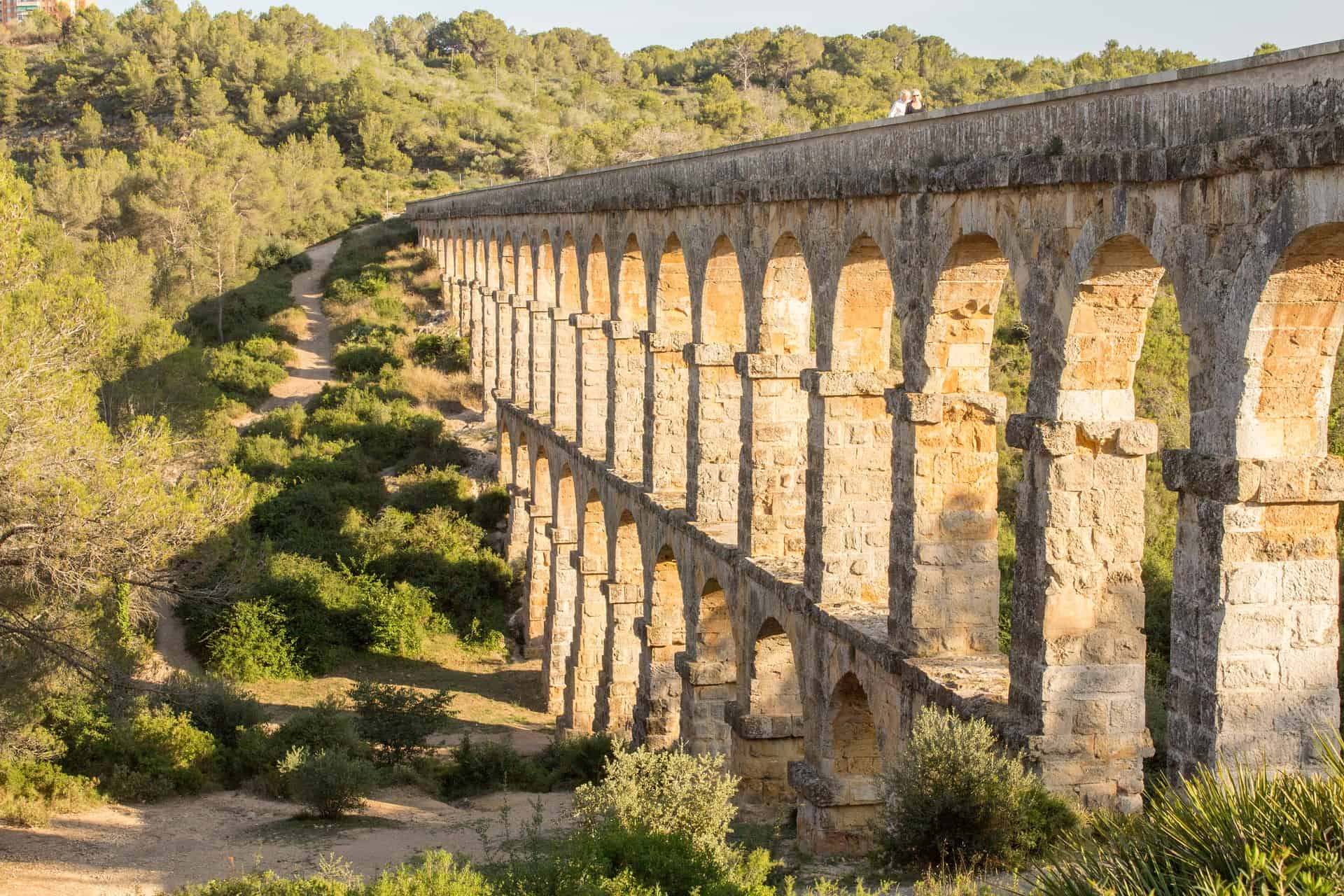 A tour of Tarragona commences after a short journey of just over an hour by train from Barcelona is the magnificent port city of Tarragona . Located on the Costa Daurada, Tarragona is home to sparkling beaches and a wealth of Roman ruins. Once a major Roman city, including a roman circus you can feel Tarragona’s history all throughout the city as you wander through the charming old town and see the roman archaeological sites that includes roman walls. Located adjacent to the Mediterranean sea you can also expect fantastic places to eat and delicious food. Romesco, a sauce usually made with dry peppers, garlic, oil and nuts, originated in Tarragona and you can find it at restaurants paired with fresh seafood and fish. The province is also known for its fine wine.

The History of Tarragona

Tarragona may have begun as an Iberian town known as Kesse or Kosse, named after the Iberian tribe in the region, the Cossetans. It is thought that the name Tarragona may have come from the word Tarchon, meaning citadel, which the Phoenicians named the city. The Roman empire occupied the city in 218 BC and called it Tarraco and in 27 BC Augustus made Tarraco the capital of his new Tarraconensis province and lived there for two years. During the Roman Republic, the city was fortified and enlarged as a Roman colony by the Scipio brothers. In its heyday, it was home to 200,000 people.

After the demise of the Roman Empire, Tarragona was captured by the Vandals, the Visigoths and eventually the Moors. It remained an important border city of the Caliphate of Cordoba between 750 and 1013. In the 11th century, after the end of the Caliphate, the city was reborn as the seat of a Christian archbishopric.

What to See in Tarragona

As a former key seaport and mighty city in Roman times, there are plenty of Roman ruins to admire throughout Tarragona. The Roman ruins of Tarraco have been designated a UNESCO World Heritage Site .  A must-see is the well-preserved Tarragona Amphitheatre. Built to hold 12,000 spectators and Playa El Miracle (Tarragona’s main beach), the amphitheatre was built in the 2nd-century and you can wander freely around what remains of the site. A short distance from the amphitheatre is another heritage site the Roman circus, where horse and chariot races were held. You can climb up to the top part of the Roman circus for a panoramic view of the city.

A ten-minute walk from the Roman amphitheatre, you will find the Cathedral of Tarragona. Incorporating both Romanesque and Gothic features, the cathedral was built on approximately the same site of what was once the Roman temple. Dedicated to Saint Tecla, the building was consecrated in 1331 but remains unfinished due to being built in the midst of the Black Death. The Diocesan Museum inside has some fascinating objects on display such as Roman hairpins 14th-century polychrome Virgin woodcarvings.

Located in an area of woodland 4 km from the city, you will find Les Ferreres Aqueduct, a Roman aqueduct that supplied water to Tarragona up until the 18th century. The aqueduct was built during the reign of Emperor Augustus (27 BC to 14 AD) and is a testament to Roman engineering. Often called the Devil’s Bridge it is easy to get to via public transport or by foot.

Another delight of Tarragona is its beaches. A stroll along the shores of the Mediterranean sea allows you to take in the city’s rustic charm while enjoying the sea views. Just a few kilometres from the city centre is the amazing unspoiled beach Cala Fonda.  located in the Marquesa woods and protected yellowish limestone cliffs, it is tranquil and beautiful place to swim, sunbathe and relax by the seaside compared to the crowded main beach in Tarragona.

Tarragona is home to some of the best Roman sites in Spain, medieval monuments, rich and delicious Catalan food, some of the country’s best beaches and plenty of hidden gems. There is not much more that you would want from a holiday destination. If you’re interested in a tour of Tarragona, consider Odyssey’s Barcelona City tour which goes from Barcelona to Tarragona for the day.