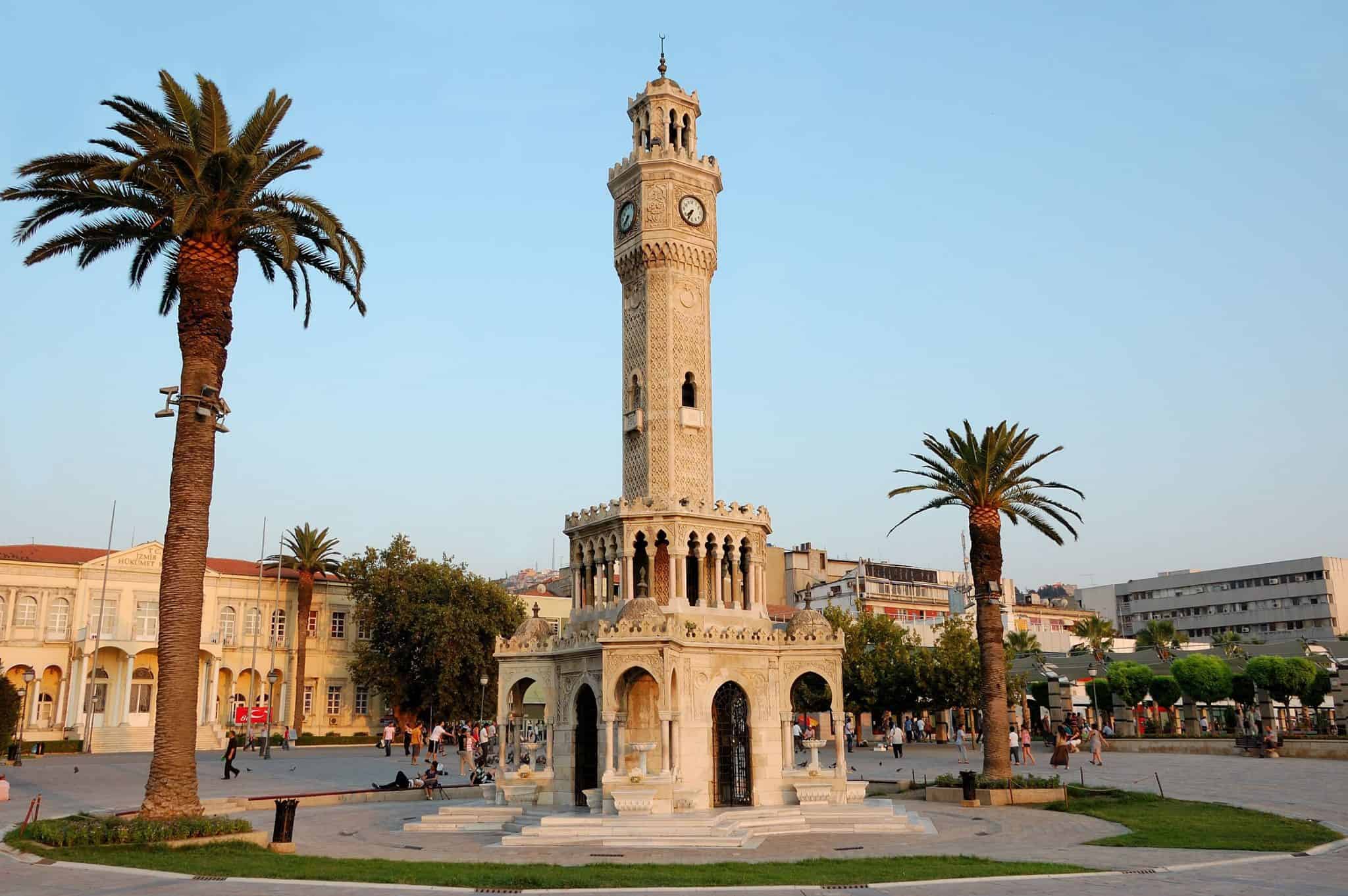 Izmir is the location of the ancient Smyrna situated in the Gulf of Izmir on the Aegean Sea. This city only recently lost to Istanbul, after 1400 years, the honour of being the largest export port city of Asia Minor. With a population of just under 4 million people, it is the third largest city of the modern Republic of Turkey and is the capital of Izmir Province.

Odyssey Traveller conducts a tour of Izmir as part of our Discover Turkey escorted small group history private tour. During our guided tour we visit the Artemis Temple, the oldest synagogue of the ancient world, the local museum and the Agora. This article explores the the history of the city and the Izmir region to assist your Izmir holiday.

The History of Izmir

The ancient city has a 5,000-year history. It was here that Alexander the Great built a fortress “Pearl of the Aegean” and it was also the hometown of Homer, author of the great epics, The Iliad and The Odyssey. Like Pergamum, Sardis and Ephesus, Smyrna was one of the seven churches of Asia in Revelations having “the church that would suffer persecution”.

Sardis, located east of Izmir, was the capital of the ancient kingdom of Lydia, one of the important cities of the Persian Empire, the Roman Empire, and the metropolis of the province Lydia in later Roman times and during the Byzantine. At the Sardis site the bath-gymnasium complex, the synagogue and Byzantine shops are all clearly visible as is the on-going excavation of the site supported, as in the past, by universities from USA. The discovery of the Sardis synagogue reversed previously held assumptions about Judaism in the later Roman Empire.

Ephesus (Efes) is south of Izmir and is visited on the way to Kusadasi. It was established in ancient times as a port and used to be the most important commercial centre located in the fertile valley of the River Maeander. Over time flood deposits from the river silted up the harbour so that the sea front is now several kilometres to the west of Ephesus. With the demise of the harbour, Ephesus’ importance as a commercial centre declined. Ephesus, near the modern town of Selcuk, is considered to be the best-preserved classical city of the Eastern Mediterranean. This most impressive site is easily accessible, especially by tourists visiting the port of Kusadasi by ship, and so is extremely busy and popular. The city was famed for the Temple of Artemis completed around 550 BC, which was destroyed in 263 BC. Although there was partial rebuilding of the city, earthquakes destroyed the city in later times. One estimate suggests that only 15% of the site has been excavated with work to date revealing the Roman Baths, the Temple of Hadrian, Celsus Library, two agoras and a theatre with a seating capacity of 44 000 people.

There are many connections and relationships between sites in the Selcuk area and early Christianity, with it being claimed that St John the Evangelist brought the Virgin Mary here in 37 AD and that she spent the last years of her life here in a modest stone house.

Set on a hill high above the modern town of Bergama are the ruins of the ancient Greek city of Pergamum (or Pergamon) and the first excavations here were between 1878 and 1886. Sometimes referred to as the Acropolis, this city, built by one of Alexander’s generals, had its golden age in the Roman Period 281 – 133 BC. On the site are several palaces, the library, two agora temples along with two outstanding structures, the Sanctuary of Trajan and the exceedingly steep Hellenistic Theatre. Many of the smaller treasures and the Altar of Zeus have unfortunately been exported and are now found as museum exhibits in Berlin.

Close to Bergama is the Asclepion named after the health god. There was a connecting road between Pergamum and the Asclepion, a place of medicine and healing that was founded in the 4th century BC. Claudius Galenus, who is better known as Galen of Pergamon and who was a very prominent Roman physician, surgeon and philosopher, established his reputation in Pergamum. Excavation started here in 1927 with the most recent between 1969 and 1971.

Odyssey’s Turkey tour will take your small group on a tour of Izmir for 3 nights. During the tour we visit some of the most spectacular, varied, and historically important sites in the ancient world. This small group tour Turkey tour begins and ends in Istanbul, Turkey’s largest city and seaport, and the place where east meets the west on the Bosphorus strait. Discover Turkey with Odyssey on this amazing guided tour through the ancient world linking the Black sea, Egypt, Syria and Europe together on this history tour. Our tour packages are especially designed to be suitable for mature-aged and senior travelers, whether joining as a couple or as solo travelers.

External articles to assist you on your visit to Turkey.

As a travel company we seek to keep guests off the beaten path. Trips that are remembered for authentic experiences. Our small group journeys in Turkey are fully escorted by an experienced local guide and an Odyssey guide to give this type of  experience whether at one of the many UNESCO World heritage sites explored or local bazaars. It is always about the adventure and memories that we will create.