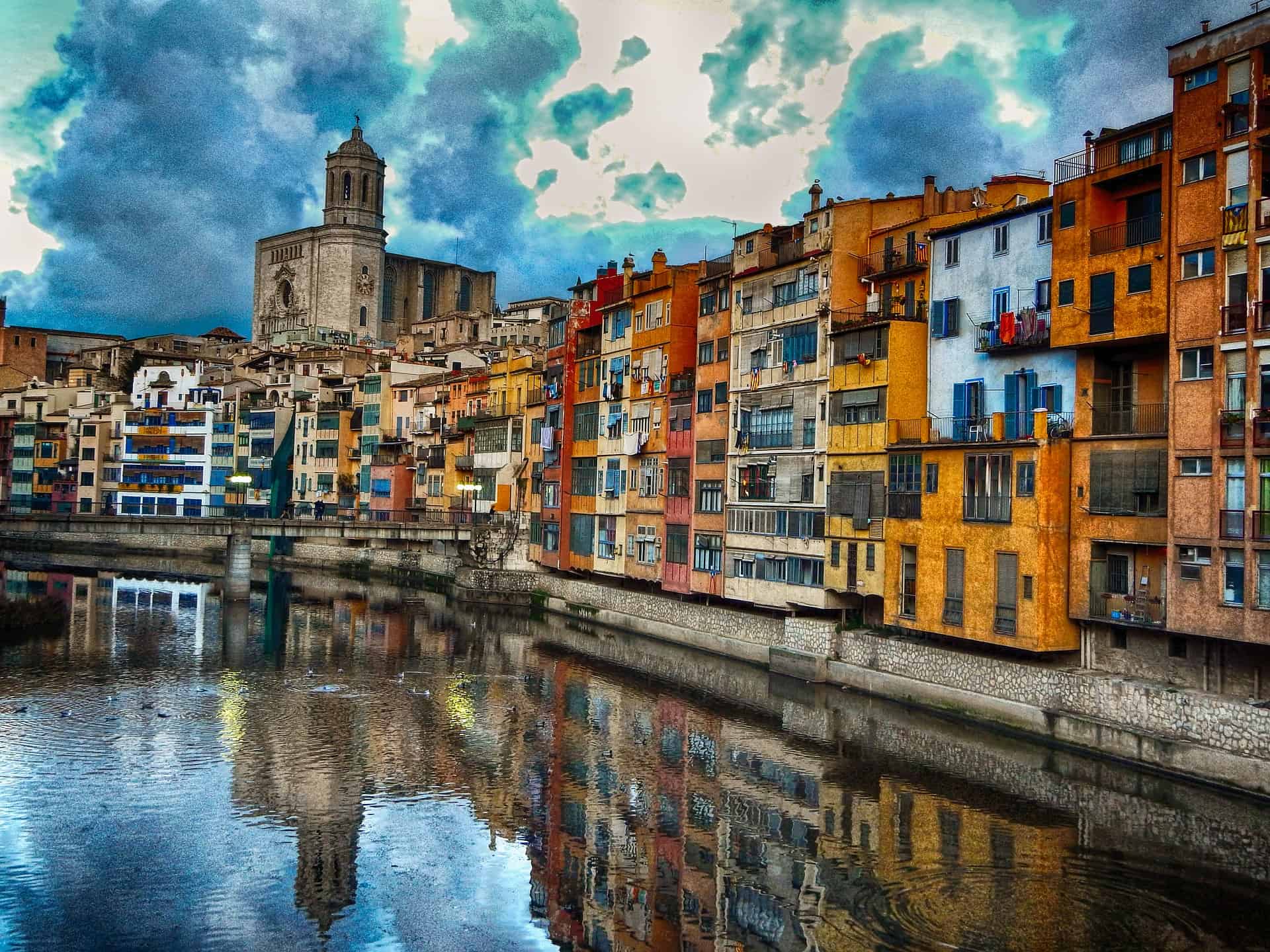 Girona is Northern Catalonia’s biggest city, an hour and a half’s drive from Barcelona. A compact medieval fortress city with the best-preserved Jewish quarter in Europe, Girona offers a medley of galleries, churches, restaurants, museums and medieval architecture to explore.

The History of Girona 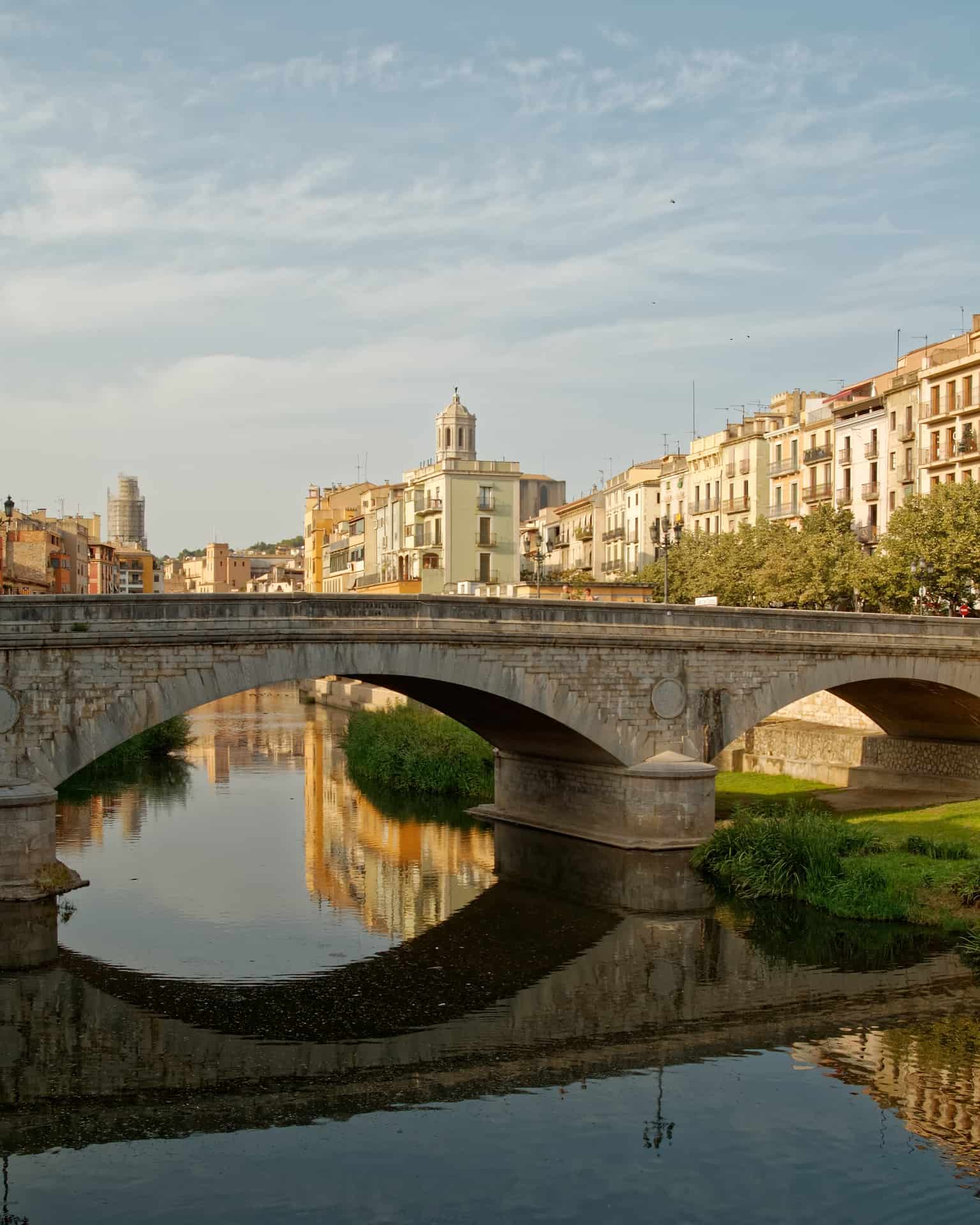 The city of Girona has long been inhabited. Girona was the ancient city of Gerunda, inhabited by people of the Iberian peninsula prior to Roman settlement. After the fall of the Roman Empire, the Visigoths ruled in Girona until it was conquered by the Moors in 715. In 785, Charlemagne reconquered the region and made Girona one of the fourteen original counties of Catalonia. However, after this Girona’s chequered history is one full of invasions and conquerings. It was repeatedly sacked by the Moors throughout the 9th and 10th centuries. In the 11th century, after decades of chaos, Afonso I of Aragon proclaimed Girona a city.

In the 12th century, the Jewish community of Girona was flourishing and the city was home to one of the most important Kabbalistic schools in the country. The Rabbi of Girona at the time was appointed Great Rabbi of Catalunya. However, in 1492 Queen Isabelle and King Ferdinand, often referred to as the Catholic Monarchs, outlawed Judaism and Jews were told they could convert to Catholicism or be exiled. Many were persecuted and it is thought that somewhere between 50,000 and 80,000 Jews were expelled from Spanish territory.

What to See in Girona

The Catedral de Girona, also known as the Cathedral of Saint Mary of Girona, is a Roman Catholic Church in the city centre by the Girona Art Museum. The cathedral was built on the site of an old Roman forum and parts of its foundations date back to the 5th century. A Romanesque church was built in the 11th-century and updated with Gothic styling, including a large 23 mere Gothic nave, the widest Gothic nave in the world. The cathedral’s southern gallery features magnificently carved biblical scenes, a 14th-century silver altarpiece and a tapestry dating back to the 11th century.

For a beautiful view of the city, you can walk the Passeig de la Muralla or the medieval walls of the city. Girona’s oldest landmark, parts of the walls were founded in 79 BC and were built as part of a giant Roman fortress called Forca Vella. The Roman wall was used as a foundation in the 14th century when the wall was rebuilt and in the 16th century it enclosed the city. Today, the walls span the eastern border of the old town and allow you to see views over the entire city while picturing Girona as a medieval town.

Until 1492, Girona was home to Catalonia’s second-most important medieval Jewish community, after Barcelona. The Jewish Quarter was one of the finest in the country an home to the Jews from the 9th century. The Museu d’Història dels Jueus or Museum of Jewish History examines Girona’s Jewish heritage and includes important historical artefacts. However, it also tells the more harrowing aspects of the Jewish people’s experience and the persecution they faced. The museum is one of many hidden within Girona’s labrinthnic network of cobbled streets. Other fascinating museums include the Girona Museum of Art, housed in the medieval Episcopal Palace of Girona and featuring over 8,500 pieces of art, the Museu d’Història de Girona (History Museum of Girona) which has displays covering Roman Girona to medieval times to the present day. The Museum of Cinema, accessible by crossing Pont de les Peixateries Velles (designed by the famous Gustave Eiffel), looks not only at the history of cinema but also at humanity’s obsession with imaginative stories. All the museums offer small group tours in Catalan, English and Spanish.

If you’re interested in discovering this underrated Catalan city, please take a look at Discover Spain tour, our small group tour of Lisbon & Barcelona and our Barcelona In Depth tour. All three tours visit Girona and explore different aspects of the city from the Museum of Jewish History to the Arab Baths.