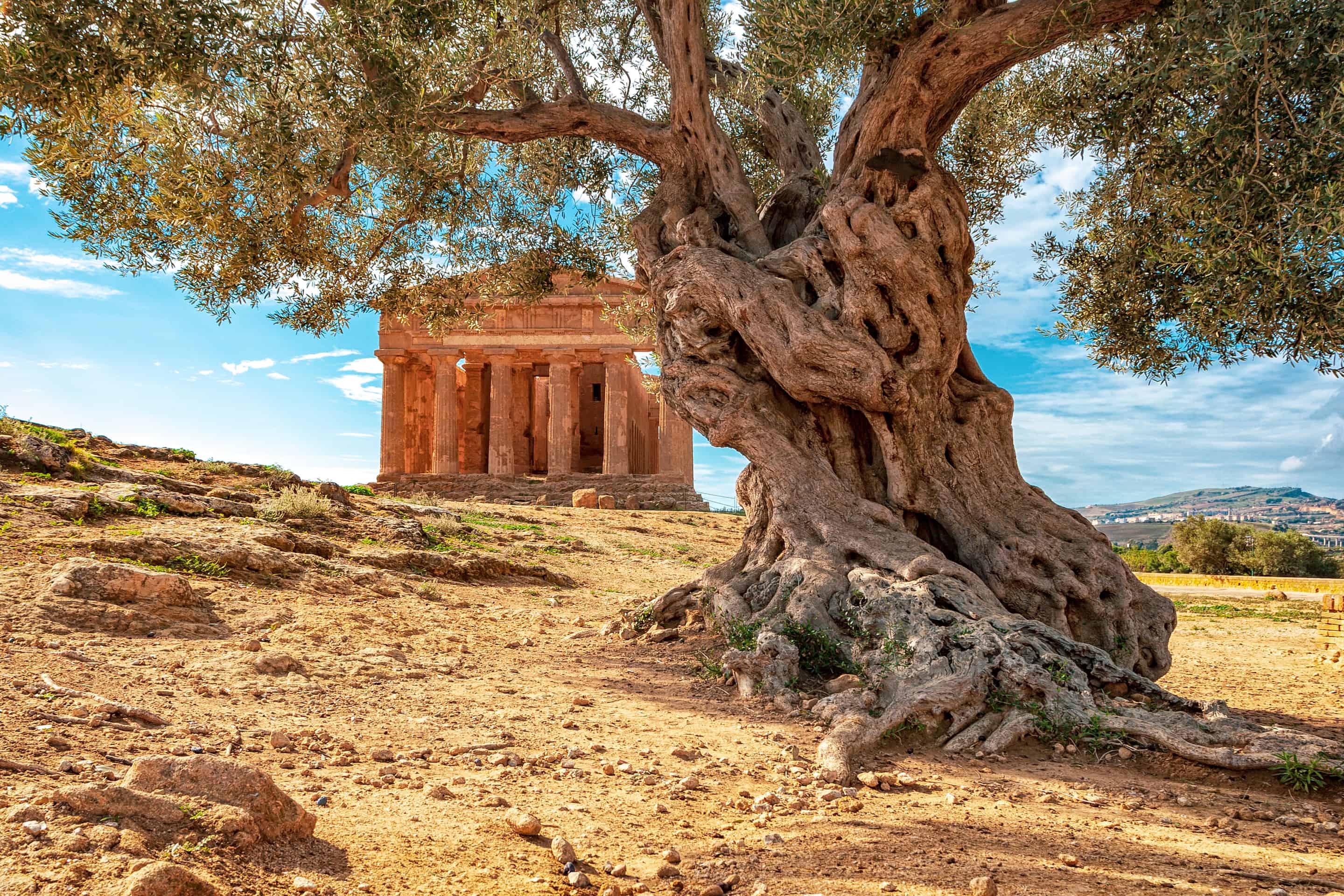 The city of Agrigento (Greek: Akragas) has been a hub of people and trade for over 2, 500 years. As Akragas it was among the greatest cities of the Greek world, with a population of between 200, 000 and 800, 000 before 406 BCE. Today, Agrigento is home to some of the grandest and best-preserved monuments from ancient Greece in the amazing ‘Valley of the Temples’.

The establishment of Akragas occurred between 582-580 BCE, by Greek colonists from the city of Gela in Sicily. In the 8th and 7th centuries BCE, overpopulation in Greece saw colonists establish cities in Southern Italy and Sicily. This area came to be known as the Magna Graecia – or ‘Great Greece’ – by the Ancient Romans, because of the dense population of Greeks and domination of Hellenic culture in the region. An cultural meeting point, the cities of the Magna Graecia enabled the incorporation of Greek culture into the growing Roman Republic.

Agrigento came to prominence under the rule of the tyrants Phalaris and Theron, and became a democracy following the overthrow of Theron’s son Thrasydaeus. At this point, Akragas was one of the richest and most famous cities in the Greek world. However, the city was sacked by Carthage in 406 BCE and never restored its former status.

Akragas would become a major site of conflict in the Punic Wars between Rome and Carthage, and the city further declined. Finally, in 210 BCE it became part of the Roman Republic. Renamed Agrigentum, the population would nonetheless remain overwhelmingly Greek for centuries after. The city revived under the Roman Empire, before declining again in the Middle Ages.

Exploring Agrigento and the ‘Valley of the Temples’

Agrigento’s archaeological ruins are concentrated in the ‘Valley of the Temples’, on the edge of the city. The Valley was a large sacred site on the edge of the ancient city, where seven Doric-style temples were constructed during the 6th and 5th centuries BCE.

The Temple of Heracles is the oldest of the site’s temples, built in the 6th century BCE. Today, only eight of its 38 original columns remain intact. As you walk, look for Theron’s Tomb, a small temple long believed to be the grave of the tyrant Theron.

On the western side of the site, the Temple of Zeus would have been the largest Doric temple ever constructed, had it not been destroyed during the sacking of the city in 406BCE. The site lay in ruins for centuries, and the marble was reused during the 18th century construction of the modern city of Agrigento. The Temple of Castor and Pollux, consisting of four columns on a raised surface, is the evocative symbol of contemporary Agrigento.

Though most of contemporary Agrigento is dominated by modern architecture, the city also has a charming medieval Old Town, including a striking 11th century Norman Cathedral, and the Gothic Monastero di Santo Spirito. Agrigento is also ideally placed to explore Sicily’s beautiful coast, with the city in close proximity to the white rocks and vivid turquoise sea of the Scala dei Turchi, which joins the Aeolian Islands and the Amalfi Coast among Italy’s best beaches.