Highlights of China: The Forbidden City 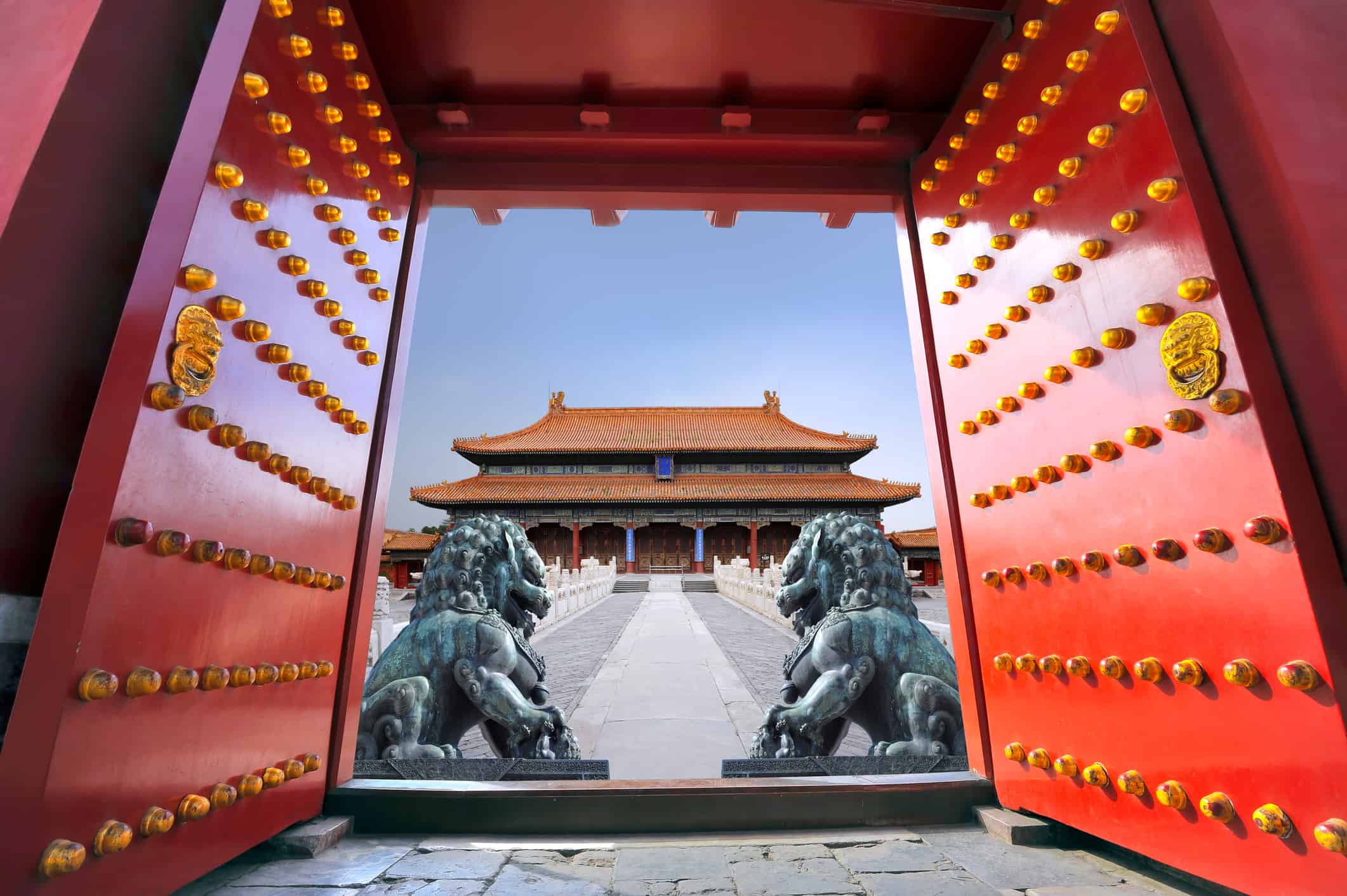 Everything about the Forbidden City, from its name to its history, is full of intrigue. For many visitors, the Forbidden City embodies the secrecy, mystery and power of China’s past. The Forbidden City was once the great palace complex for both the Ming dynasty and the Qing dynasty. The palatial complex consists of 980 buildings, thousands of rooms, extensive gardens, courtyards and paths, all contained within a closely guarded outer wall and moat. Most the buildings are more than more than 600 years old, which creates a remarkable contrast to Beijing’s glittering skyscrapers that surround the ancient Forbidden City.

The Forbidden City offers a unique glimpse into the history behind China, the 21st century superpower. It is therefore unsurprising that the palace draws in around 14 million visitors annually, making it one of China’s most popular tourist attraction (the Great Wall of China has more visitors in total, but this is spread across multiple sights tens of kilometres apart). The palace was named a UNESCO World Heritage Site in 1987.

The History of the Forbidden City

The Forbidden City was constructed at the start of the 15th century, and was initially only open to a small selection of the imperial elite. Only the emperor himself was permitted to walk through the entire complex without prior permission. From 1420 onward, the palace remained the center of Chinese imperial power for five centuries, as the Forbidden City guarded the lives of 14 Ming emperors and 10 Qing emperors. This colorful history was brought to an end by the Xinhai Revolution in 1911. The revolution established the Republic of China, overthrew the Quin dynasty, and marked the end of the history of imperial China.

Feng Shui, Miniatures and Alignment: Symbolism and Culture in the Forbidden City

Ancient Chinese cultural and imperial beliefs are deeply ingrained in the Forbidden City, from the woodwork itself to the overall planning. The entire structural layout of the palatial network, from the geometric configuration of the buildings to the design of the courtyards, follows the principles of Feng Shui. One of the most important ideas within the Feng Shui tradition is the need for symmetry within structures. The Forbidden City is a great example of how this need manifested itself in the smallest details of certain rooms, to the overarching plan. From a bird’s eye view one could draw a straight line, from north to south, through the middle of the Forbidden City. Either side of this line, the buildings broadly mirror each other. The most important buildings – like the Hall of Supreme Harmony, the Hall of Central Harmony, and the Palace of Heavenly Purity, – actually sit on the axis itself. Within these buildings, the design would again be symmetrical, to the extent that the throne in the Palace of Heavenly Purity is exactly centered on the same north-south axis that bisects the entire Forbidden City. This is why the palace grounds are so symmetrical, although there is still deep controversy as to whether the palace is correctly aligned to Feng Shui.

The palace is also orientated to other ancient Chinese beliefs. The emperors’ residence lies facing the north, because it was believed that the North Star was the home of the Celestial Emperor. Similarly, the main buildings in the Forbidden City are also arranged along this axis, directing visitors to the heavenly worlds. The deep symbolism within every minutia of the palace is fascinating, which is why we recommend a guided tour of the Forbidden City, in order to appreciate details that would otherwise pass by the unaccustomed eye.

The architectural technique and resources needed to construct the imperial palace was immense. The Forbidden City is one of the largest and most complex surviving ancient wooden structures. This is even more remarkable given that no nails were used in the original construction. Instead, carpenters and woodworkers used a system of interlocking wooden beams to support the palace buildings. The buildings are painted in the original colours: a brilliant red covers most of the walls and doors, a symbol for good luck, whilst many of the roofs are yellow, symbolic of imperial power and excellence. However, the true beauty is in the finer details. Small, gold plated animals, statues and decorations line the roofs. Each figurine will be symbolic, like anti-thunder monkeys, and the total number present on a roof denotes the importance of the building. For example, the Hall of Supreme Harmony has nine, the Palace of Earthly Tranquillity seven.

The Forbidden City was more than an ornamental playground for China’s ancient emperors. The palace was designed with strategic considerations in mind. A 52-metre wide moat and a 10-metre high stone wall acted as the first defences for the imperial family. At each corner of the palace stand four impressive watchtowers. The large wooden structures were apparently so impossible to design that the carpenters all but gave up, until a builder spotted a grasshopper’s cage, which was then used as the inspiration for the towers. The wide moat was only crossed at four points, by four bridges that led to the four gates of the Forbidden City. Each gate is a combination of ornate gold and resolute defences. Even the foundations of the Forbidden City were carefully designed to further defend the emperor. Stones were layered in a crosswise fashion to prevent attackers and assassins from digging underneath the city walls.

Within the vast layout of the Forbidden City, several buildings and sites stand out as truly remarkable constructions. The North Gate is one such building. The North Gate, The Gate of Divine Might, was built during the reign of the Ming Emperor Zhu Di. It now serves as the exit to the palace, but was once the place where Chinese leaders would select their concubines, women who were not their wives, for the coming year.

In the northern corner of the Forbidden Palace lies the expansive, three acre Imperial Garden. It lies just behind the North Gate, and deviates more than any other area from the strict conventions of traditional Chinese culture. Built under the Ming dynasty in 1417, the Imperial Garden was designed as a place of refuge and respite for the Chinese Emperors. Around twenty buildings are scattered through the Imperial Garden, all of which are highly symbolic. Even the pebbles used in the paths are carefully selected to bring luck and good fortune.

Several of the old Chinese imperial residences in the Forbidden City are now home to the Palace Museum. The Palace museum showcases artefacts and treasures from China’s history, and is the largest cultural museum in the country. It houses more than a million valuable works of art, from bronze ware to porcelain, gold to examples of calligraphy. Queues can be long during the holidays, but it is a must see tourist site for any visitor to China. When visiting the Forbidden City, get there early, give yourself a few hours, and enjoy a truly unique historical artefact! 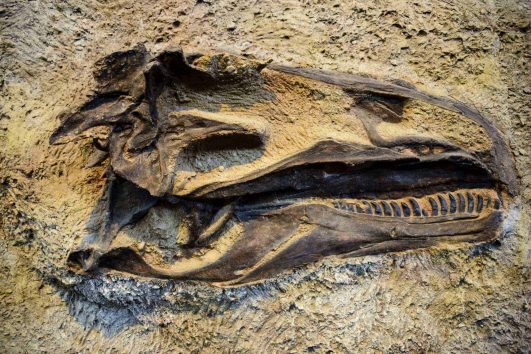 During our Dinosaur Odyssey study program, we will visit two of the most exciting dinosaur sites in China – Zigong Dinosaur Museum. Your program leader will take us to behind-the-scenes places, field studies in the Sichuan Province and Dinosaur Valley, and in the Yunnan Province. Go behind-the-scenes places, field studies at the dig sites, with first-hand experience at  palaeontological dinosaur digs.