The Bund, a stretch of historical buildings lining the western bank of the Huangpu River in Shanghai, China (“bund” derives from the Hindustani word band which means “embankment”), was initially a British settlement that at the turn of the 20th century grew to be a collection of commercial buildings and a major financial centre. This historic riverfront, whose skyline once adorned letterheads and postcards as an icon of globalised Shanghai, fell into decline when the Communist Party came to power in 1949 and reclaimed it from foreigners. After it underwent a major renovation in the 21st century, the Bund now survives as a tourist attraction and a reminder of China’s colonial past. It faces the skyscrapers of Shanghai’s modern business district, Pudong, which lies on the east bank of the river.

This post will look at the history of the Bund, which has its roots in China’s defeat to the British in the Opium War.

The roots of the Opium War, in turn, lay in a trade dispute between China’s Qing Dynasty and the British Empire.

By the 18th century, Great Britain was importing large amounts of tea from China, but was experiencing a chronic trade imbalance with the country as the Chinese would not buy British products in return. The Chinese merchants would only sell their goods for silver, and the trade imbalance was causing a lot of silver to leave Britain.

Trade with China was handled by the East India Company, formed in 1600 and granted a royal charter by Elizabeth I. The three main commodities the British buy at the port of Canton (modern-day Guangzhou) were tea, silk, and porcelain, with tea, adopted as a drink by the English upper classes, accounting for more than 60% of the Company’s total trade.

In 1750, the East India Company assumed control of Bengal and Bihar, the opium-growing districts of India. Fifty years before this, Dutch merchants exported opium to China and introduced the practice of smoking opium in a tobacco pipe. Opium is a narcotic drug derived from the seeds of the opium poppy, and is still used today to obtain derivatives such as the painkillers morphine and codeine, and heroin, an illegal narcotic. In 1729, the Chinese emperor Yung Cheng prohibited the smoking of opium as well as its domestic sale, unless licensed for use as medicine.

To circumvent the Chinese emperor’s edict—and to solve the trade imbalance—the East India Company, through traffickers and agency houses, smuggled opium into China. The (illegal) opium trade was so lucrative that it soon raised all the funds Britain needed to buy tea.

This resulted in widespread opium addiction in China, and in 1799 Emperor Kia King banned opium completely. But the opium trade continued to grow dramatically. In 1839, Lin Tse-Hsu, the imperial Chinese commissioner in charge of suppressing the opium traffic, explained in a letter to Queen Victoria: “He who sells opium shall receive the death penalty and he who smokes it also the death penalty.”

That same year, the Chinese government destroyed more than 20,000 chests of opium (about 1,400 tonnes) warehoused at Canton by British merchants. Hostilities continued and escalated; a Chinese villager was murdered by drunken British sailors (and the British government refused to turn over the men to the Chinese courts) and British warships destroyed a Chinese blockade at Hong Kong. After negotiations did not result in a satisfying agreement, the British fleet attacked Canton and occupied the city in 1841.

The Qing dynasty forces were ill-equipped against the modern British navy, and in 1842 the British captured Nanking and ended the war.

Under the Treaty of Nanking, signed on August 29, 1842, China was made to pay a large indemnity to Britain, cede Hong Kong, and add four more treaty ports to the existing port of Canton.

Among the four additional ports was Shanghai.

The Treaty of Nanking effectively opened up China to the West, and in 1844 similar trade rights were awarded to the Americans and the French. According to Peter Hibbard’s The Bund Shanghai: China Faces West (2008), in the 1840s the Bund was “little more than a muddy towpath” (p. 37). In 1845, the British consul Captain George Balfour secured exclusive British Settlement land running the length of the present-day Bund, which was extended by his successor.

The Shanghai Municipal Council (SMC), composed of five to nine members from the three Western countries, was formed in 1854 to administer the area. The French dropped out of the arrangement and in 1863, the British merged with the American enclave to form the International Settlement. (The French remained south of the original British enclave, the concession ruled from Hanoi in French Indochina, present-day Vietnam.) Telephones came to the Bund in 1881, followed by electric lighting in 1883.

The newly created grass lawns on the Bund were opened to the Settlement residents in 1886. That same year, the Public Gardens (now Huangpu Park) was opened. The European-style garden was designed by a Scottish gardener and had a resting pavilion and a tennis court.

Though the British allowed the Chinese to buy and rent land in 1854 (Hibbard, 2008) and which gave rise to the separate Chinese Municipality, the International Settlement remained exclusively for foreigners. An SMC order in 1889 allowed “respectable and decently dressed natives” to use the lawns, but it was later revoked when the Chinese used the seats to sleep. Benches were added to the Bund and the Public Gardens marked “reserved for foreigners.” The Shanghai Club, affiliated to gentlemen’s clubs in India and other British imperial colonies, was the bastion of Shanghai’s British elite and expressly denied membership to the Chinese.

The Public Gardens, despite its name, was not completely public. The Chinese were banned from entering the garden, which gave rise to the popular myth that a sign at the gate said “No dogs or Chinese allowed.” Though the aforementioned sign was fictitious, actual garden regulations did indeed bar the Chinese from entering (Hibbard, 2008, p.61): “no Chinese are admitted except servants in attendance upon foreigners” (1903 regulations) and “The Gardens are reserved for the Foreign Community” (1917 regulations). And yes, no dogs were allowed.

When the garden was opened in 1928, entry required a ten copper cent admission charge, equivalent to half a day’s wages and which effectively barred the poorer Chinese from entering.

“The Paris of the Orient”

The architecture, urban design, exclusivity, and administration of this riverfront in Shanghai made the Bund nearly indistinguishable from any other city in Europe or the United States. It was called “The Wall Street of Asia” or “The Paris of the Orient”. The foreign residents who kept “the natives” out enjoyed imported goods (such as York hams) and watched British shows in the Lyceum Theatre; they shopped at the Sassoon House and the Union Jack flew above most buildings (Hibbard, 2008, p.15).

As Hibbard (2008) describes: “Not only did the Bund provide the comforts of home, it also looked like home. It presented a Western face to visitors who were usually in some part surprised, bemused, exhilarated or disappointed by its appearance[.]” (p. 16).

The Shanghai headquarters of the Hongkong and Shanghai Banking Corporation were housed in the HSBC Building, which opened in The Bund in 1923. The new Custom House, where customs duty was collected, was completed in 1927. Victor Sassoon, whose merchant family had large holdings in India, moved to Shanghai and built the Cathay Hotel in 1929 and numerous buildings that shaped The Bund’s skyline.

The Bund witnessed the visits of nobles and state leaders such as the Duke of Edinburgh and US President Ulysses S. Grant, and celebrated Queen Victoria’s Diamond Jubilee and the coronation of George V (Hibbard, 2008, pp.22-24).

War on The Bund

World War II broke out in Europe in 1939 with Germany’s invasion of Poland. Britain and France declared war on Germany. The fighting was still distant for a few years, until war came to the Pacific when Japan attacked the American naval base Pearl Harbour on December 7, 1941.

The Japanese, which two years before World War II began had murdered Chinese civilians in the 1937 Nanking Massacre, took over Shanghai and The Bund in 1942. The invasion lasted until the Japanese surrender to Allied forces in 1945.

World War II was followed by the Chinese Communist War (1945-49) which ended with the Communist Party’s victory under Mao Zedong and the Republic of China retreating to Taiwan. The newly formed People’s Republic of China on the mainland began the erasure of capitalist and foreign presence on The Bund: the financial institutions were moved out gradually in the 1950s, statues of colonial figures were removed, and the hotels and clubs and other buildings were either closed or converted to offices for the Chinese government.

The Bund in the New Century

China re-established ties to the rest of the world beginning in the 1970s, its significant economic reforms opening up its market to foreign investment and tourism. After decades of desertion and neglect, the Bund slowly came back to life. In 1999, Australian restaurateur Michelle Garnaut opened M on the Bund, still popular among locals and travellers. Major renovations were done in time for the 2010 World Expo in Shanghai. Cathay Hotel, used as city government offices during the Mao era, reopened as the Fairmont Peace Hotel, and the Shanghai Club became the Waldorf Astoria.

Now this riverfront locale is one of Shanghai’s biggest tourist draws. Every night, both the buildings of The Bund and the buildings across the river in Pudong are illuminated for the enjoyment of locals and visitors to the city.

For other tours to China, do click through to read more about the China Dinosaurs palaeontology tour and the Silk Road tour which begins in Xian, China. 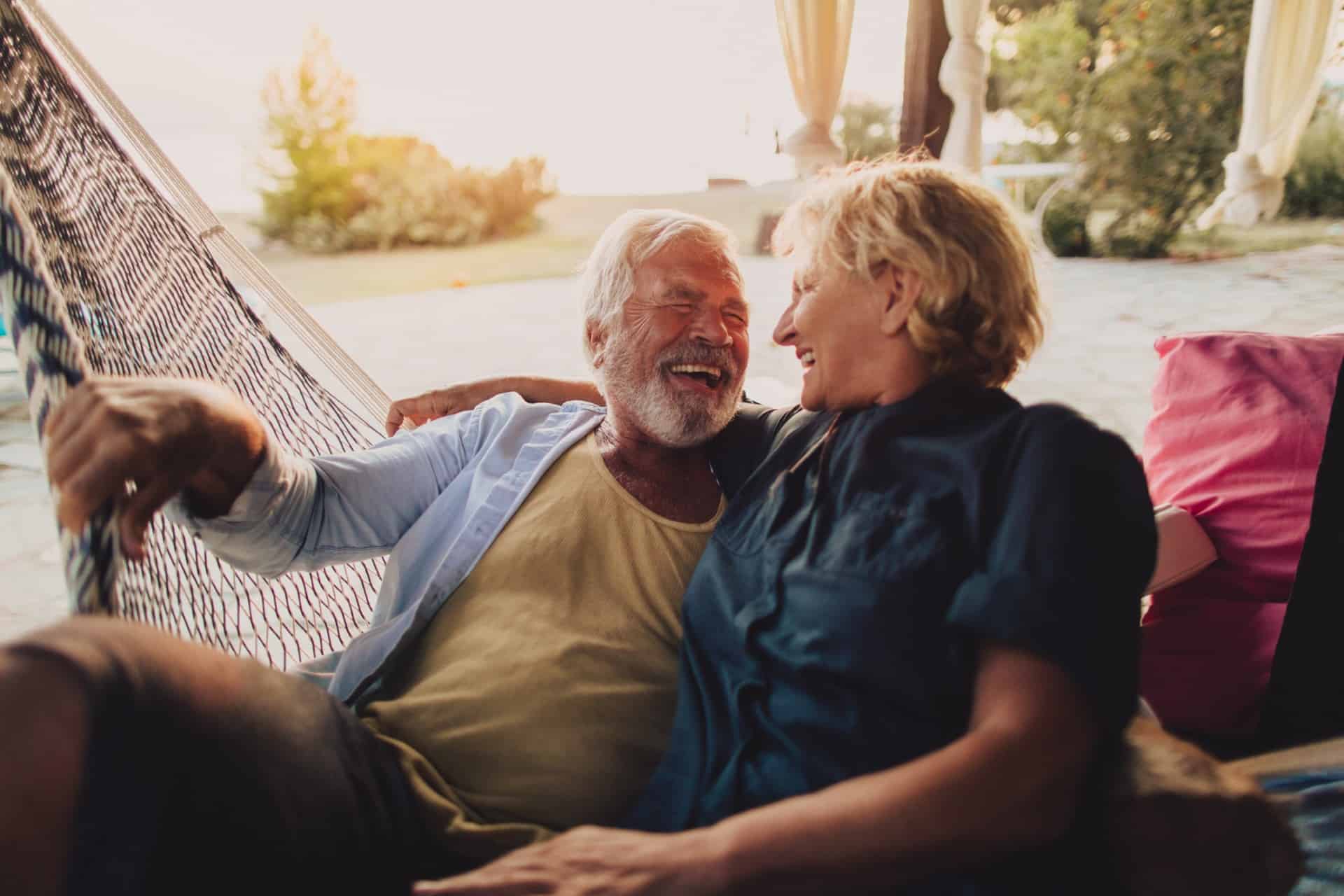 Odyssey Traveller is committed to charitable activities that support the environment and cultural development of Australian and New Zealand communities. We specialise in educational small group tours for seniors, typically groups between six to 15 people. Odyssey Traveller has been offering this style of adventure and educational programs since 1983.