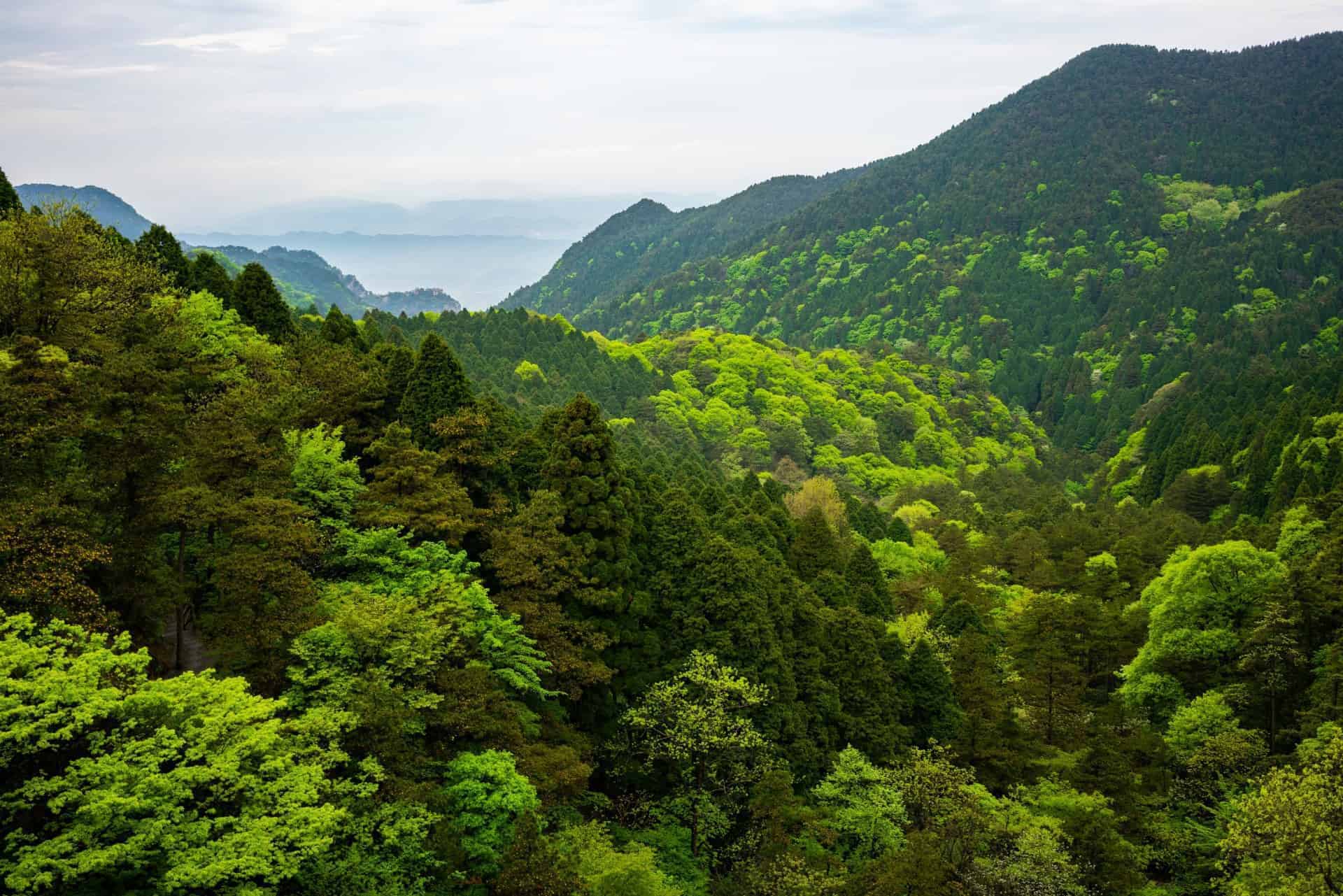 Lushan National Park can be found in the northern part of Jiangxi province, spread over a vast area of 30,000 hectares. The mountainous region centres around Mount Lushan, and is hemmed in the north by the white waters of the Yangtze River, and in the south by Poyang Lake. For over two millennia, the natural beauty of the Lushan National Park has attracted visitors throughout China. From steep wintry peaks, rising more than 1.4 kilometers above sea level, to ancient forests and river ways, the range of scenery around Mount Lushan is genuinely breathtaking. A relatively unknown spot for Western tourists, the Lushan National Park is hugely popular for Chinese tourists. The mountainous region is littered with beautiful flora and fauna, and is teeming with wildlife, including the world’s largest migratory white crane flock.

The natural beauty present has attracted thinkers and spiritualists to the hidden ridges and valleys in Lushan National Park for millennia. Major streams of Chinese thought, including Taoism and Confucianism, have centers of immense importance tucked away inside the mystical landscapes. For that exact reason, Lushan National Park has been a  registered UNESCO World Heritage Site since 1996, and is a must see for any traveler in China.

Visitors can take a cable car up to Mount Lushan, from which point a whole range of routes can be taken. One of the most stunning points in Lushan National Park is Hanpo Pass. From here, you can peer down, from above the level of the clouds, and see the glittering Poyang Lake almost a kilometer below. The area also boasts the Three Step Waterfall, where huge flows of water cascade down two outlying steps.

Spiritualism and History around Mount Lushan

Lushan National Park is famous for more than its scenery. The whole area is a site of huge significance within Chinese culture. Throughout Chinese history, the national park’s beauty has inspired generations of spiritualists. The ancient Buddhist East Grove Temple was built in the Lushan National Park around the 4th century AD. Under the Tang dynasty, temples were built to hold some of the most important scriptures in Taoism, whilst the White Deer Cave Academy became a centre for Confucius’ political and ethical teaching up until the 19th century. Later, in the 19th and 20th centuries, the vistas inspired a renaissance in landscape painting. The Lushan Museum, near the Lulin Lake just north of the Yangtze, showcases original artefacts from the region’s ancient and mystical past.

Later, in the early 1900s, several resorts were built in the area, as Lushan National Park became the Summer Capital of the new Republic of China, ensuring that it is never too hard to find a hotel. In recent years, Lushan National Park has become one of China’s most popular tourist destinations, establishing the story of ancient China between the folds of one of the country’s largest mountains. Despite the hike in tourism, a 50,000 hectare nature reserve has been established around the area, and so far the Chinese government has succeeded in mitigating the negative side affects of mass-tourism.