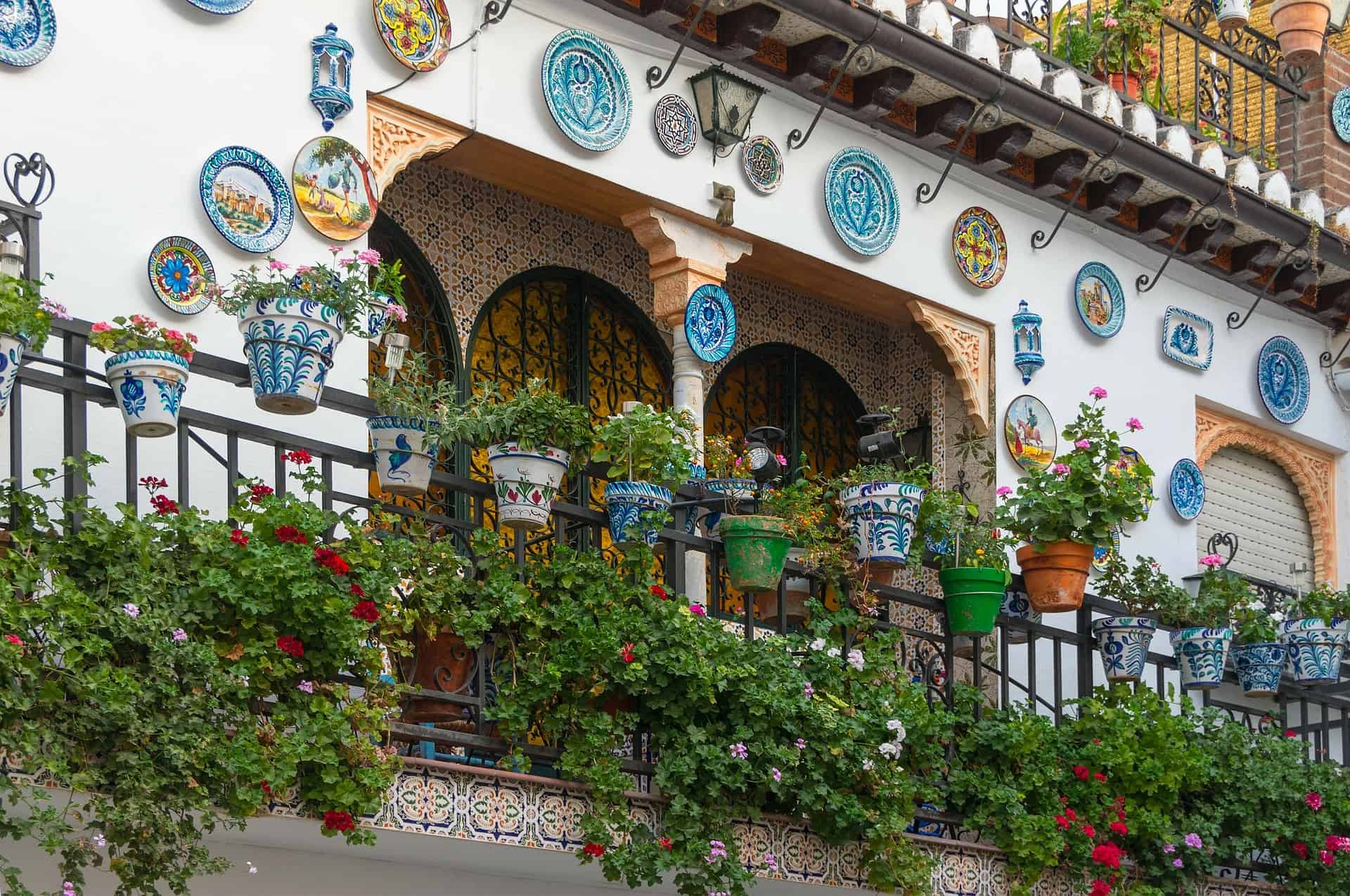 Located at the foot of the Sierra Nevada mountains in Spain’s southernmost region of Andalucia, Granada was the last stronghold of the Spanish Moors and the brilliance of Moorish spirit and culture endures in the city today. A tour of Granada is filled with Unesco World heritage site visits such as The Alhambra, the palace fortress of the Nasrid sultans, is the heart and soul of Granada and one of Spain’s most popular tourist attractions. With its magnificent palaces and gardens, the Alhambra is an unmissable sight but the city itself also has a lot on offer including buzzing cafes and restaurants, vibrant tapas bars, a bustling Jewish quarter and funky street art. For travellers with Odyssey the Granada city tour is regarded as a highlight of visiting Spain as they pass from Granada to Cordoba.

The city began its life as an Iberian settlement that was taken over from the Visigoths in 711 during the Umayyad conquest of Hispania, also known as the Muslim Conquest of the Iberian Peninsula. The name Granada comes from the Arabic word Gárnata (or Karnatah), meaning hill of strangers.

In 1228, Ibn al Ahmar established the last and longest reigning Muslim dynasty in the Iberian Peninsula, the Nasrids. After the fall of Cordoba in 1236, the Nasrids aligned themselves with Fernando III of Castile and the city became the Emirate of Granada in 1238. Many Muslims sought refuge in Granada and it soon became one of the richest cities in Europe and a powerful and self-sufficient kingdom. The Nasrids ruled from the lavish Alhambra Palace and the citizens of the city lived in separate quarters depending on their religion.

However, Granada’s fate all changed in 1492 when Boabdil, the 22nd Nasrid ruler of Granada, surrendered complete control of the emirate to the Catholic monarchs, Ferdinand II of Aragon and Isabella I of Castile. This followed eight months of war and marked the completion of the Reconquista. In return for the city, it was agreed that Boabdil’s subjects would be entitled to their political and religious freedom. However, within a few years, Muslims and Jews faced religious persecution. This led to revolts, including the Rebellion of the Alpujarras, which saw the eventual expulsion of Muslims from Spain in the 17th century. With this, Granada lost its sparkle and it wasn’t until two centuries later that restoration of its Islamic heritage started and tourists began to arrive.

What to See in Granada

There is no better way to get a sense of Moorish culture and the golden age of the Nasrid dynasty than visiting the Alhambra. The fortified palace complex was named a UNESCO World Heritage site in 1984 and consists of a defensive zone, the Alcazaba, the Nasrid Palaces and the palace, gardens and orchards of the Generalife.

The Alcazaba was the fortress of the eleventh-century Ziridian rulers when Ibn al-Ahmar established Granada as his capital. He rebuilt it and began building a palace within its walls. The Nasrid Palaces, built in the 14th-century, are the pride of complex. Incredibly beautiful and detailed, expect to be stunned by the spectacular tiling and finely carved wooden ceilings. After touring the palaces, retire in the Generalife gardens. The Generalife was the summer palace and country estate of the Nasrid rulers. The entire historical complex is amazing and a unique experience but it is important to book in advance – as one of the most important Islamic monuments in the world, the Alhambra gets a lot of visitors!

For an incomparable view of the Alhambra and the rest of the city, it is worth visiting El Mirador de San Nicolas, the most famous viewpoint in Granada. Located in the Albayzin neighbourhood, the spot offers panoramic views and some of the best sunsets in the world. Near the viewpoint, you will also find the Church of San Nicolas, built in 1525 on the ruins of a mosque.

There is also nothing quite like the food in Granada, which is known for its tapas. Many bars serve free portions of food with alcohol and you can try some Andalusian classics, like fried cuttlefish or sea anemone. There is not a more enjoyable way to spend a free afternoon on a Granada city tour than enjoying a drink and some free food while taking in the fascinating culture and history of the city.