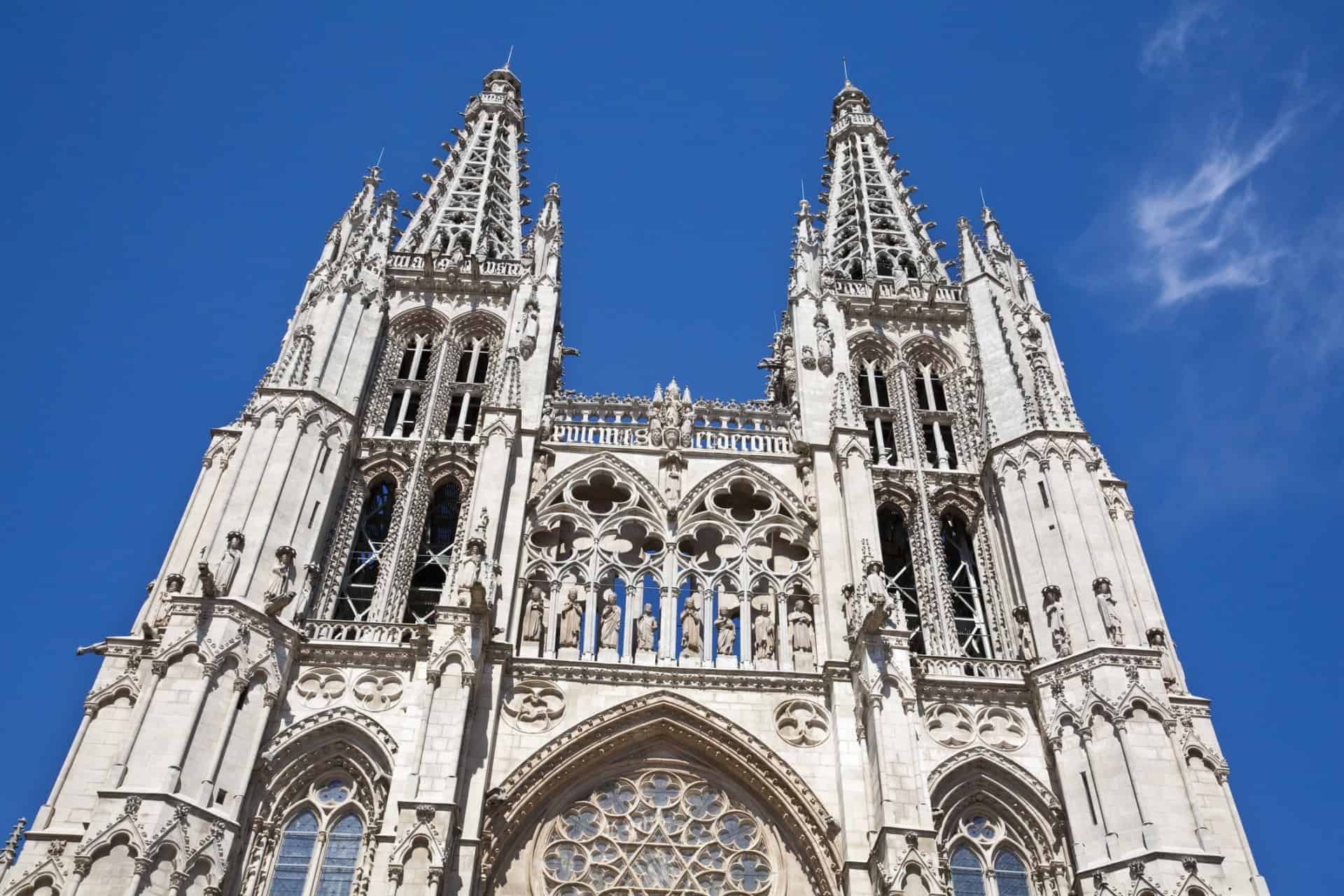 Burgos in northern Spain is the country’s original heartland, initially known as Castilla la Vieja – the old part of the kingdom of Castile. The city of Burgos, founded in 884, was the capital of Castile from 1073 when it became united with Leon. This beautiful city served as an important commercial centre and capital of the unified kingdoms of Castile and Leon for five centuries. It also forms part of the ancient pilgrim route, the Camino de Santiago (Road to Santiago, or Way of St James).

A walking tour of Burgos will let you experience the city’s significance in the Middle Ages, with its Gothic style architecture and monuments. The Burgos Cathedral, constructed for more than three centuries from 1221 to 1567, is hailed as a comprehensive example of the evolution of Gothic architecture, leading to its being listed by UNESCO as a World Heritage Site. The architectural elements of the cathedral reflect influences from Germany, France and the Low Countries in its elegant Gothic exterior. The cathedral at Burgos contains the tomb of the romantic hero of the Reconquista, El Cid, and that of his wife, Doña Jimena.

Another important Gothic landmark is the 15th century Cartuja de Milaflores (Milaflores Charterhouse), once the recreational residence of Henry III of Spain, restored by his son John II with the help of Spain’s top architects, sculptures, and painters.

You can even stay in a 16th-century monastery now turned into a hotel. The Palacio de Burgos is in the city centre and a good base for a walking tour of the city. You can also take a scenic ride and explore Castilla y Leon’s wine region, the Ribera del Duero, and sit down with a glass of full-bodied red wine.

A tour of Burgos is often done together with nearby destinations, such as the La Rioja region (Ribera del Duero’s sister region), the French Basque Country in the western Pyrenees mountains, and Bilbao with its famous Guggenheim museum designed by architect Frank Gehry. There is plenty of accommodation to choose from, especially for solo travellers and groups aiming to walk the Camino. Some hotels also offer luggage transfers for those following the pilgrimage route. Have your fill of Rioja wines and unique Castilian cuisine, as well as a dose of fascinating Spanish history as you walk the land and visit its monuments.

The following list of articles published by Odyssey Traveller for mature aged and senior travellers to maximise their knowledge and enjoyment of Spain when visiting;

External articles to assist you on your visit to Barcelona.