The History of Mykonos 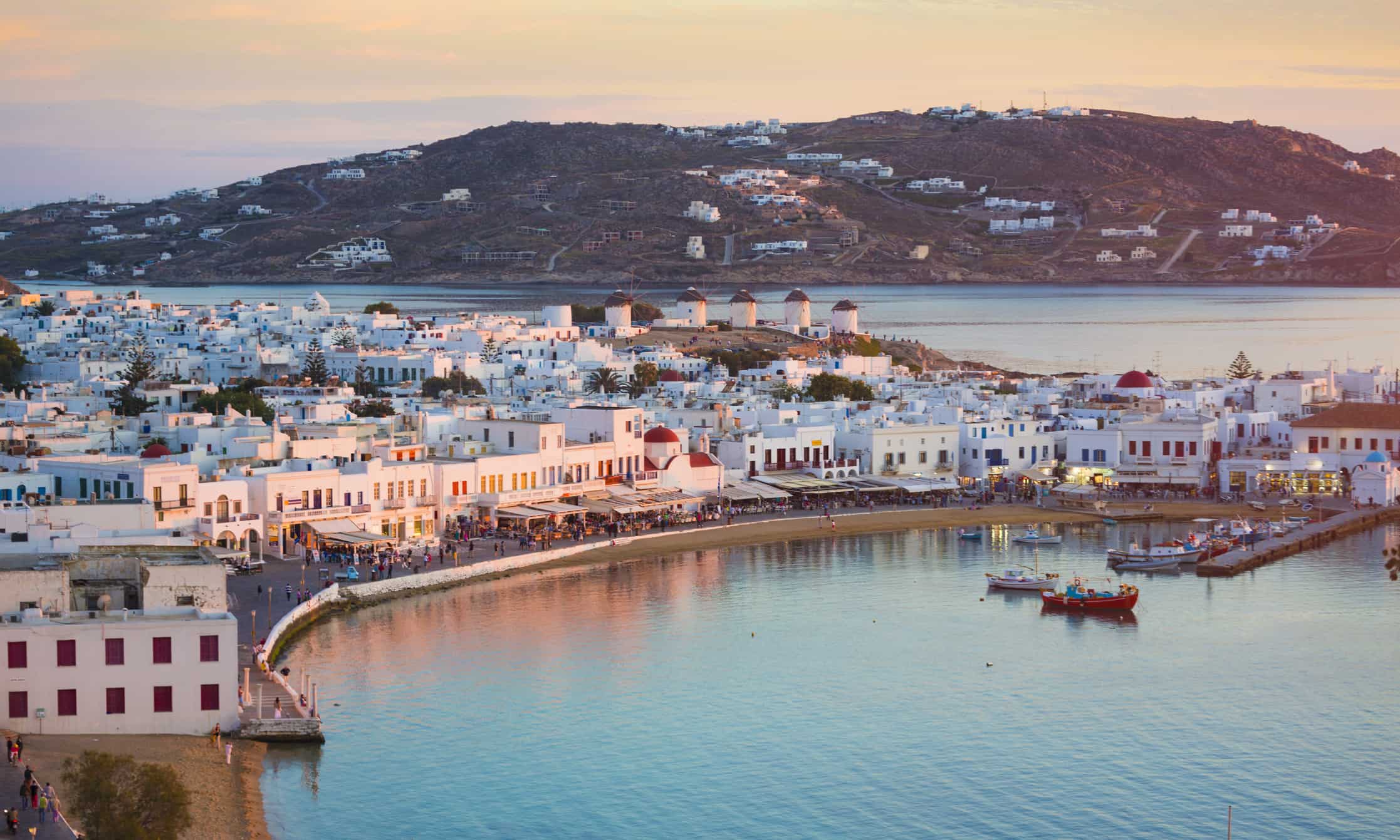 A Historical Tour of Mykonos

The Greek island of Mykonos is one of the most popular tourist destinations of the Cyclades islands in the Aegean Sea. Tourists are attracted to its beautiful coast, vibrant nightlife, traditional Greek cuisine, and historical archaeological sites and architecture. The later reveal its amazing history, rising and falling as an economic powerhouse and trade centre dominated and defended by various rulers. This article explores the history to assist you in your tour of Mykonos.

In ancient Greek Mythology the location is said to have been that of a great battle between Zeus and the Titans and where Heracles slew the Giants. It is said that the huge rocks of Mykonos are the petrified corpses of the Giants. The island was then later named after the local mythical hero Mykons, worshipped as the grandson of the god Apollo.

Archaeological excavations have revealed the first inhabitants of the island were Carians, followed next by the Ionians in the early 11th century BCE settling at present day Chora.

Due to its location, Mykonos became an important place for supplies and transit under various rulers including the Phoenicians, Athenians, Macedonians, and Romans, later developing into a commercial hub of agriculture and maritime trade. Its prosperity came due to the economic boom of its neighbour Delos – the highly populated religious centre of the antiquity and premier trade centre of Greece.

With the gradual and permanent decline of Delos into an uninhabited island after multiple sackings in the 1st century BCE, Mykonos followed suit fading into obscurity into the middle ages. During this period, it remained occupied by different people including the Byznatines, Catalans, and Venetians.

Yet the island remained a favourite for pirates plundering across the Aegean Sea. As such the Byzantines built the whole town like a maze to disorientate attackers and protect the people of Mykonos. The Venetians added to the defence by building the grand Gyzi castle in the 13th century allowing them to dominate and defend the island for over 200 years.

In 1537 The Ottomans, under the notorious admiral Barbarossa of Suleiman the Magnificent, broke the Venetian defence and an Ottoman fleet occupied the island. Under the ruler of the Ottoman fleet, Kapudan Pasha, a system of self-governance was imposed comprising a governor and an appointed council of syndics who strived to maintain fair relationships between the Turks and Venetians on the island.

A brief Russian rule after the “Orloff Insurrection” (1770-1774) established trading ties with the Russian Empire, which continued with profitable treaties after the Ottomans reclaimed Mykonos. Prosperity returned to the island as Mykonos once again rose to the heights of its glory days as a trading centre and important stop for the resupply of foreign merchant ships crossing the sea.

The Mykonians played an active role in the Greek Revolution against the Ottomans in 1821 under the strong leadership of national heroine, Manto Mavrogenous. A well-educated aristocrat, guided by Enlightenment ideals, she sacrificed her family’s fortune to support the Greek cause, funding the maintenance of two fully equipped ships used in the revolution. In 1822 she rallied the people and the ships successfully repelled a Turkish fleet.


Greek finally became an independent state in 1830 but the economy of Mykonos had been completely destroyed during the revolution. Due to sailing and merchant activities the economy quickly recovered, only to again decline from the late 19th century and especially after the opening of the Corinth Canal in 1904 and World War I causing many Mykonos to emigrate for work elsewhere.

However, tourism would bring Mykonos back to life. The French Archaeological School began excavations in Delos in 1873 leading to very interesting findings attracting lovers of Greek history and mythology to the region. By the 1930s Mykonos had become a popular location for famous artists, politicians and wealthy Europeans enjoying a holiday of luxury with swims at the beach, drinks at a beach bar and delicious Greek food at one of many restaurants in Mykonos.

Temporarily suspended during World War II, by the mid 1950’s the island’s popularity again skyrocketed becoming the famous tourism destination that it remains today. With its unique architecture, secluded nature, turquoise waters, and beautiful beaches including agrari beach and platis gialos, and vibrant bars and clubs, Mykonos remains a favourite among travellers from around the world.