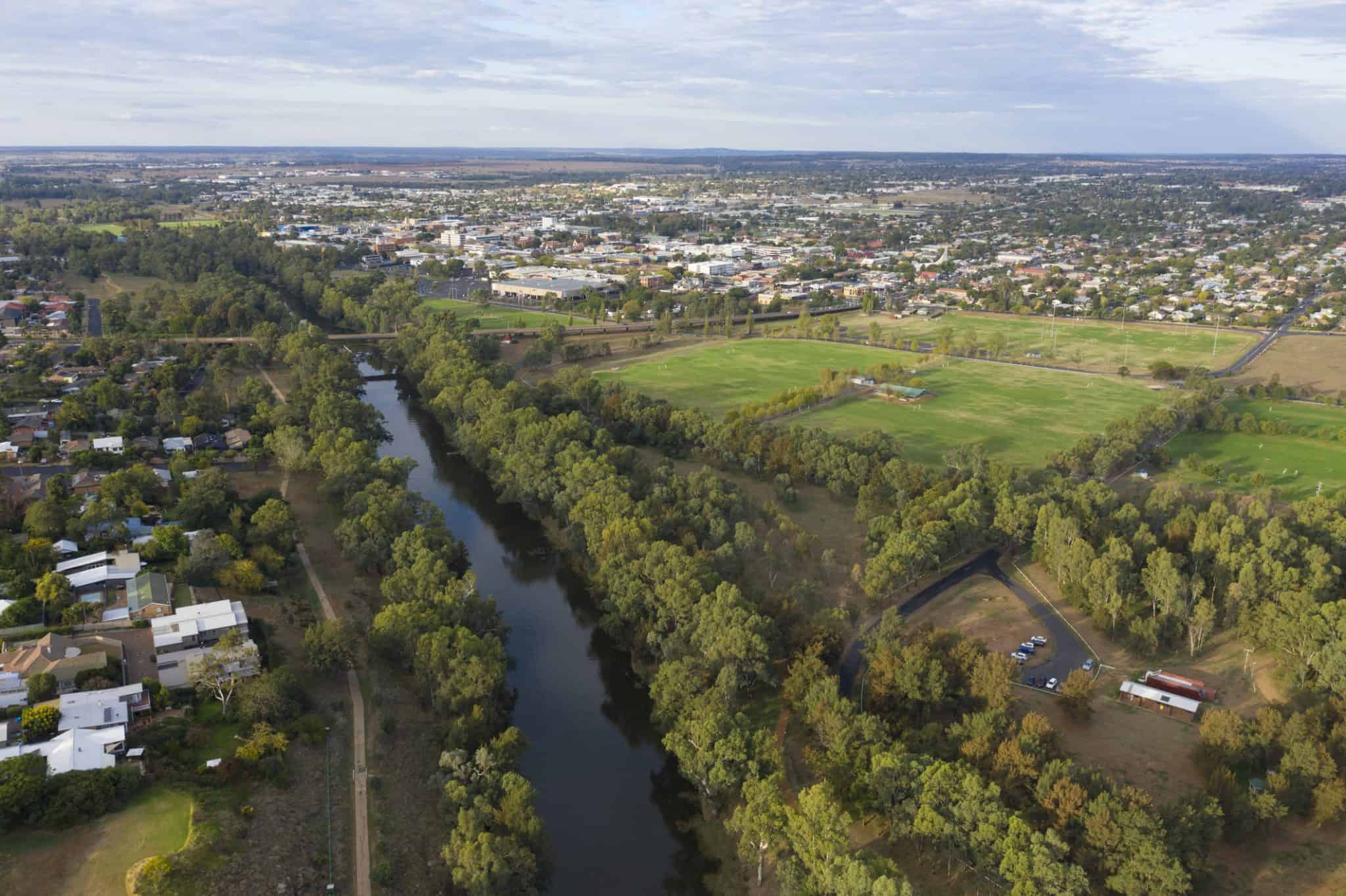 Dubbo is a city in the Orana Region of New South Wales, 338 km north-west of Sydney, Australia. It is located in the heart of the beautiful Macquarie Valley by the majestic Macquarie River at the intersection of the Newell, Mitchell, and Golden highways. One of the country’s fastest-growing inland cities, it offers a wide range of wonderful experiences from historic architecture and natural attractions, to delicious culinary treats, outstanding museums, outdoor activities, and even an award winning zoo!

Odyssey Traveller conducts a small group tour of Dubbo as part of our 14 day guided tour of Outback Queensland. Beginning and ending in Dubbo, we get well and truely off the beaten track away from the usual tourist centres to discover the big skies, stunning landscapes, and fascinating history of the outback communities of Western Queensland.  We chose to start in Dubbo so that we can head north to south into Queensland and back, pausing along the way to explore and learn at each stop on day tour(s) with local guides. This article explores the history and attractions of Dubbo to assist your stay.

Prior to the arrival of the Europeans the Dubbo region was home to the Wiradjuri people for 40,000 years. The first European, John Oxley, visited and report on the area in 1818 and the first permanent settler, Robert Dulhunty, occupied a property on a squatting basis from the 1830s. Dulhunty named the area Dubbo after the Wiradjuri word meaning either “head covering” or “red earth”.

In 1849, following the establishment of law enforcement institutions, a courthouse, and a post office, the settlement was proclaimed as a village. The first land sales took place the following year.

The population was only 47 in 1851 and its growth remained slow until the Victorian gold rush of the 1860s brought an increase in north-south trade and Dubbo become a major trading post on the Great North Road. By 1872 Dubbo had become the major manufacturing and service centre for much of Western NSW and it was proclaimed a municipality with a population of 850. In 1966 Dubbo was declared a city and has since grown increasingly popular as a tourist destination due to its number of attractions.

The Old Dubbo Gaol, built in the city centre in 1847 and operating until 1966, housed some of Australia’s most notorious male and female prisoners. The State Heritage listed site remains intact and restored, re-opened as a museum since 1974. Visitors can experience a pocket in time of Australia’s dark and harsh prison history. Features include the condemned man’s cell, solitary confinement cells, the watchtower, the exercised yard, characters in costume, and the largest collection of Hangman’s ropes in Australia.

Dubbo’s Taronga Western Plains Zoo makes it possible to experience your wildest safari dreams from rural Australia! Hundreds of rare and endangered animals including giraffes, rhinos, elephants, and big cats roam freely along a wide expansive sanctuary. Designed for maximum close contact, as safely and humanely as possible, visitors can see the animals from raised viewing areas separated by deep moats. Traverse the zoo via a 5 km circuit on foot, bike, car, or electric safari cart.

Just outside of Dubbo city are the Wellington Caves, a group of limestone caves formed about 500 million years ago. Cathedral Cave, Gaden Cave, and the Phosphate Mine are all open for guided tour. Cathedral Cave is famous for its Altar Rock – a huge stalagmite, 32 metres in circumference at its base and over 15 metres high – while Gaden Cave is noted for its beautiful and intricate cave corals.

The mine dates back to 1914 and had 6000 tons of phosphate extracted from it during its four years of operation. Mega fauna bones dating back to the Pleistocene Period two million years ago are visible in the mine’s mud walls.

The Dundullimal Homestead built around 1840 by John Maugham on his 26,000 acre sheep station, is one of the oldest and best-preserved homesteads still standing in western NSW. Open today to visitors, its surviving sandstone stables, timber church, shed, and blacksmithing forge are all representative of mid 19th-Century Australian rustic life.

Gaze the stars of the night sky through powerful telescopes at the Dubbo Observatory. Onboard a realistic flight simulator at the iconic Royal Flying Doctors exhibition and learn about a range of topics including aviation, communication, history, and healthcare. Taste elegant wines at the Red Estate Vineyard and Tombstone Estate Vineyard, and savour fresh produce at the Dubbo Farmers Market. Or stop by for a classic country pub meal and refreshment at the Milestone Hotel established in 1882.

Make sure to admire Dubbo’s ornate architectural attractions following in the footsteps of the area’s pioneers and bushrangers along the Dubbo Heritage Walk – or explore via cycle on the Tracker Riley Cycleway, a 13km loop from the city centre, via the Dundullimal Homestead and Taronga Western Plains Zoo.

You can visit Dubbo as part of our 14 day guided tour of Outback Queensland. Our tour is designed especially for mature and senior travellers. Led by a tour guide chosen for their local knowledge, we move in small groups of around 6-12 like-minded people.

Odyssey Traveller has been serving global travellers since 1983 with educational tours of the history, culture, and architecture of our destinations. Tours are cost inclusive of all entrances, tipping and majority of meals.  For more information, click here, and head to this page to make a booking.