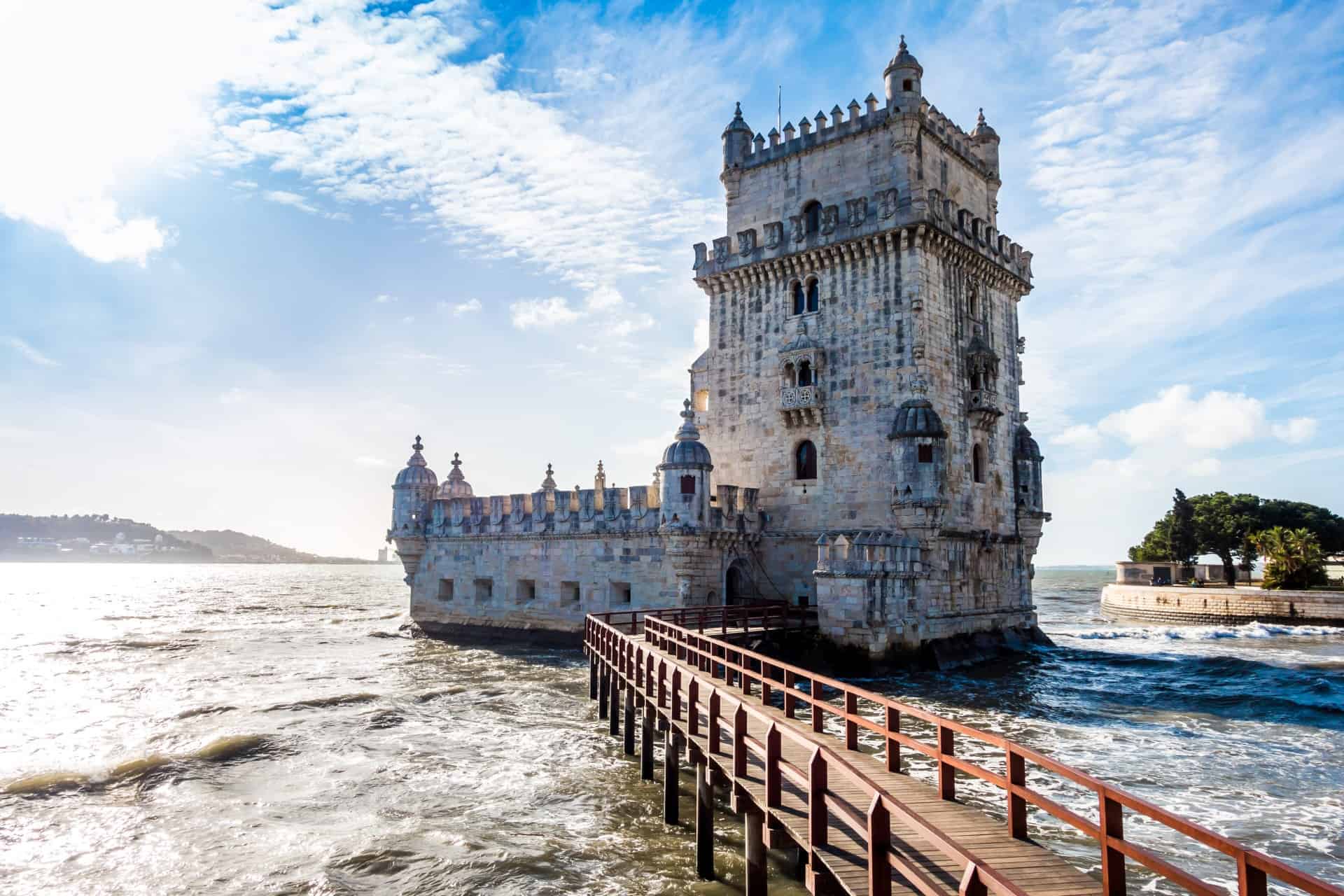 The Tower of Belem (Torre de Belem), officially the Tower of Saint Vincent, was built around 1514 on the banks of the Tagus River to defend the port of Lisbon. Built during the city of Lisbon’s Golden Age, the monument also served as a ceremonial gateway to the city. It is a representative example of the Manueline style, which was seen only in Portugal in the 16th century. It has been a UNESCO World Heritage site since 1983, along with the Jeronimos Monastery.

Following the maritime explorations commissioned by Prince Henry the Navigator, and discovery of explorer Vasco de Gama of a sea route from Portugal to the heart of the spice trade, Lisbon broke the Venetian spice monopoly and began to dominate international trade. This occurred during the reign of Manuel I, and the Manueline style was named after him. The architectural style is characterised by rich and lavish ornamentation and nautical themes, such as mouldings encrusted with carved barnacles and nautical instruments over windows and doors. The style flourished only for a few decades, bridging the Gothic style and the Renaissance and Mannerist styles that became popular in Portugal.

The Tower of Belem was built from local beige-white limestone on a rocky outcrop from the riverbank, with clear elements of the Manueline style incorporated in its exterior, such as carvings of armillary spheres (an early astronomical device), crosses of the Order of Christ, and rope. It also incorporates architectural styles, such as the Moorish style of its arched windows that you’ll also see in Morocco, once a Portuguese territory.

A walking tour will give you insight to the beautiful tower’s role in Portuguese history. The Tower of Belem is made up of a bastion and the iconic rectangular tower. The tower has four storeys. The first floor has the Governor’s Hall, with a small entrance to upper floors via a spiral staircase.

Also on the shore of Belem is the 52-meter-high Padrao dos Descobrimentos, a monument that celebrates Portugal’s explorers and the “Age of Discovery”. You’ll see this as you walk to the Tower of Belem, so this can be a stop on your walking tour. You should also try the famous pasteis de nata at Pasteis de Belem, a patisserie that bought the secret egg custard tart recipe from the monks when they opened in 1837.