The Roman Villa of Desenzano 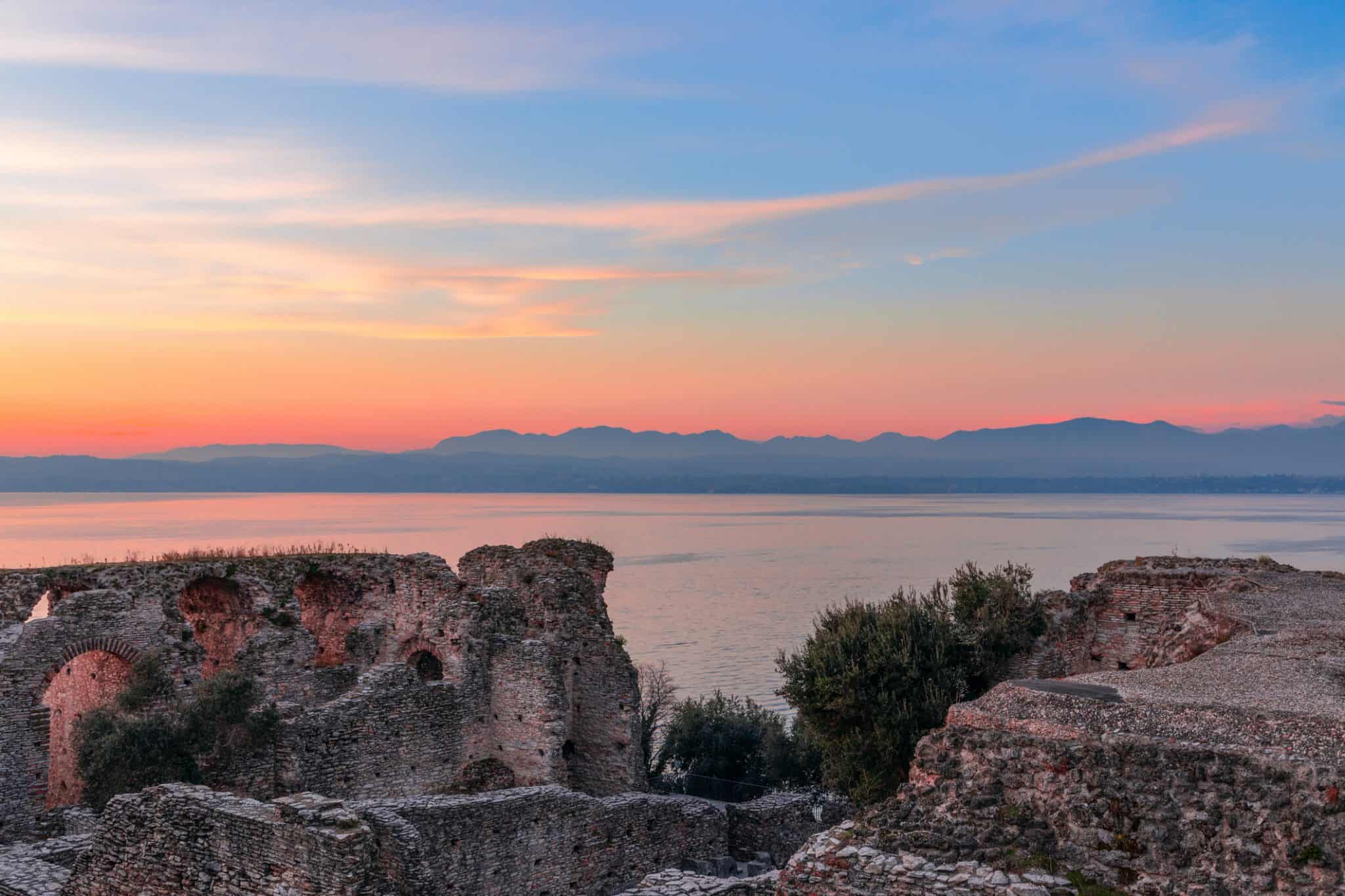 The Roman Villa of Desenzano del Garda is Northern Italy’s most important and best preserved great late antiquity villa extending over a hectare of prime lakeside land. Located just north of Via Gallica, in the Lombardy region, it is one of two famous villas once utilised by wealthy Romans along Lake Garda’s beautiful southern shore – the other being the archaeological site of Grotte di Catullo on the northernmost end of the Sirmione peninsula. Today you can visit the ruins of the once large and luxurious villa and enjoy the attractions of well-preserved vivid floor mosaics, a museum of artefacts collected during excavations, and stunning lakeside views.

Odyssey Traveller conducts a tour of the Roman villa of Desenzano during our 13 day guided tour Lakes and Landscapes of Northern Italy. Over the tour we travel from Milan to Venice experiencing along the way the sights of the region’s bright lakes, azure seas, mountainous borderlands, vineyards, and historic towns including Verona, Trieste, Trento and more.  We visit the villa of Desenzano as part of a full day exploring the spectacular Lake Garda surrounded by mountain villages and peaks. This article explores the history and architecture of the villa to assist your tour.

History of the Villa of Desenzano del Garda

The Roman villa was originally constructed in the first century BCE, but is believed to have been later owned by the  lavius Magnus Decentius (died 353) –  a usurper of the western portion of the Roman Empire against emperor Constantius II. The villa and the town Desenzano del Garda are named after him.

Additional remodelling was made to the villa in the 2nd century, and then continual renovations of the interior occurred until completion in the 4th century.

The villa was covered by a landslide in the 12th century hiding the remains until their discovery in 1921. The archaeological excavations revealed that the villa had been destroyed by fire. Today the Roman ruins extend out for about a hectare and contain a residence, garden, courtyard and a thermal sector.

Today’s ruins of the villa provide insight into the sprawling complex of buildings that this once was. It consisted of various rooms including residential quarters, a large formal dining room covered by a dome roof, a wing for representation, and rustic structures for agricultural activities.

Additionally, it contained a statue-adorned courtyard surrounded on all sides by porticos and a garden enclosed at the back by fountains.

Ultimately though, the key focus of the villa’s design was Lake Garda. Garda is Italy’s largest lake famous for its panoramic landscapes, vibrant lakeside towns, beaming culture, and high-quality wine and cuisine. From wealthy ancient Romans to today’s celebrities, the stunning lake has always attracted the world’s rich and famous.

Built only metres away from the lake’s southern shore, the villa’s rooms were distributed as to maximize views. Meanwhile the building itself could be seen as a whole from the lake. Further structures connected it to the lake including piers, moors and docks.

At the entrance of the villa is a small museum of three halls exhibiting artefacts recovered during excavations of the area. Among these are included statues, portraits, necklaces, utensils, an ancient mill used to crush grapes or olives, and two panels with recomposed frescoes.

A cockpit inside the museum allows views of the hypocaust, a hollow underground room constructed under the flooring in which hot air was directed for heating. This brilliant engineering technique was the first ever under floor heating system generating and circulating heat to the rooms above.

Tour of the Roman Villa of Desenzano

You can visit the Roman ruins of the once large and luxurious villa of Desenzano del Garda as part of our 13 day guided tour of the lakes and landscapes of Northern Italy. Enjoy the attractions of well-preserved vivid floor mosaics, a museum of artefacts collected during excavations, and stunning lakeside views.