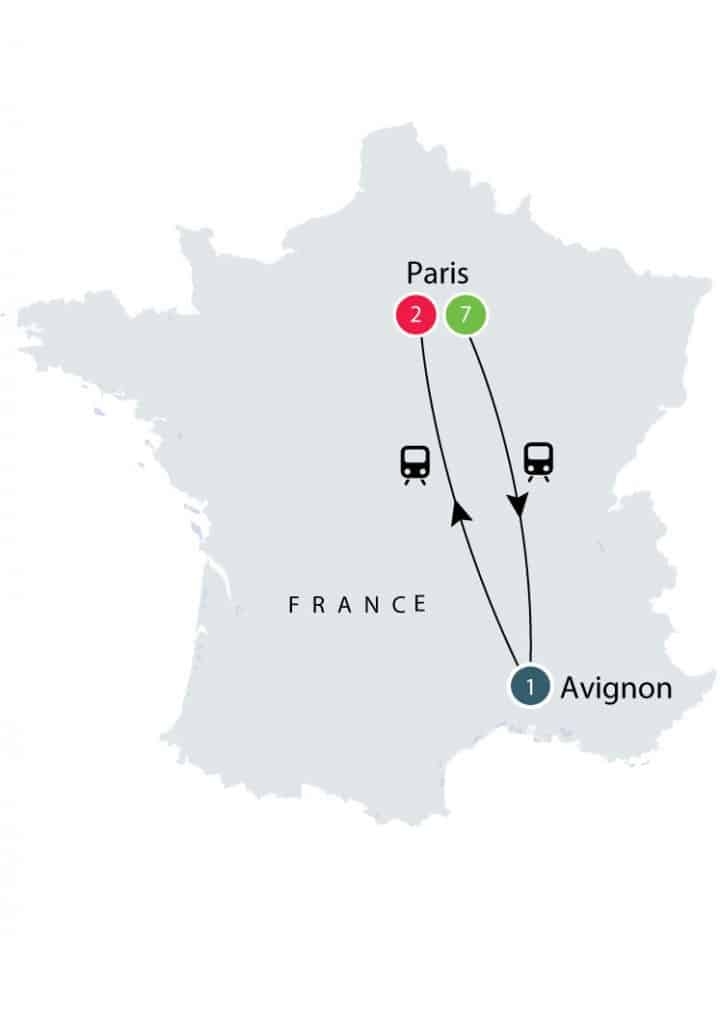 French History by Rail offers participants an unforgettable journey through French history based in Paris. On this educational tour, based on Ina Caro's famous book of the same title, we live for almost two weeks in one of the central arrondissements of Paris. Using charming Paris apartments as a base, we live as the locals do, enjoying the charms of Parisian life. We have time to enjoy the bustle of daily Parisian life, with morning coffee at the local boulangerie and visits to the local markets and beautiful arcades. In the evening there is, of course, time to explore while visiting local cafes and charming restaurants.

From this base, we come together each day as a small group to journey by rail to the beautiful mediaeval city centres of France. While here, we experience short tours in such historic and scenic cities as Caen, Chartres and Avignon.  Riding the train is a great way to reach out into the history of this fascinating country.

Exploring French History by Rail enables both couples and single travellers to journey with like-minded individuals. A couple of hours is all it takes to arrive in the heart of some of these magnificent cities. This gives us many hours to join a local guide for a walking tour of the city. We return towards the end of each day on a fast train back into Paris ready for another adventure the following day. On most days, the program provides us with the evening free to explore Paris.

Our start time each day is usually after the morning rush when we meet up with the program leader. Exploring French History by Rail, short tour,  includes one overnight stay outside of Paris, in Avignon. This program is limited to a maximum of 15 people. Let the history of France come alive on this extraordinary cultural tour!

You can learn more about France with our country profile where all other tour departures are listed as well. For more details on this tour, click the ‘Top 5’ or ‘Itinerary’ buttons above! If you’re keen to experience this tour, please call or send an email. Or, to book, simply fill in the form on the right hand side of this page.

Other Railway Journeys by Odyssey Traveller

Odyssey Traveller has several railway tours that may also be of interest. All of these tours are especially designed for the active senior traveller. Just click through to see the itinerary and sign up! 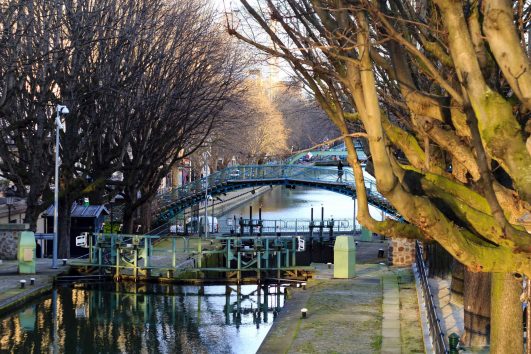 Know about Paris with this article giving the solo traveller or couple confidence when exploring the city on foot or on the metro. A small group tour of Paris mature and senior travellers explore off the beaten track, great galleries such as Marmottan, Musee Maillol. 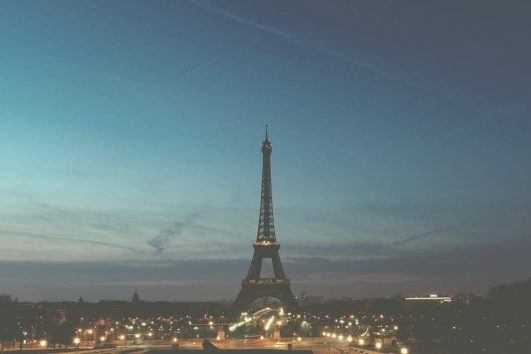 French history by rail for mature and senior travellers, couples or solo travellers is a long stay apartment based small group tour based in Paris. We use the rail network to learn about the history of Medieval to Contemporary France. One of 20+ Vacation packages offered in France. 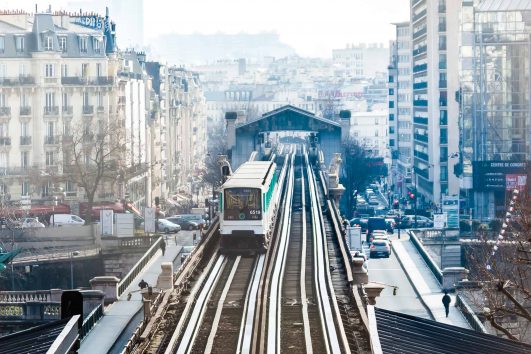 Getting around Paris by Métro and Rail: A guide for seniors

Ride the metro and RER of Paris when on a small group tour for mature and senior travellers in Europe and visiting Paris, wth your partner or as a solo traveller, visit Marmottan, Musee Maillol or wander through the arcades. 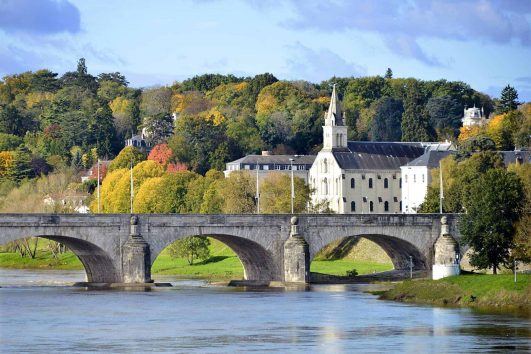 10 of the best France travel books

10 Travel Books About France It has been said that ‘no other nation on the planet approaches France in its subtle and seamless blend of the old and the new; the industrial and the pastoral’.… 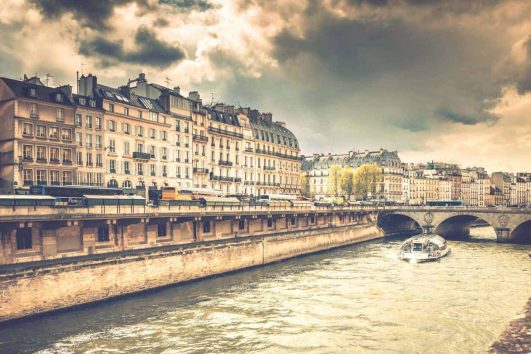 Redesigning Paris The Paris that many of us know and love did not always look as it does now. When Napoleon III instructed Hausmann to tear down the urban centre to make way for the… 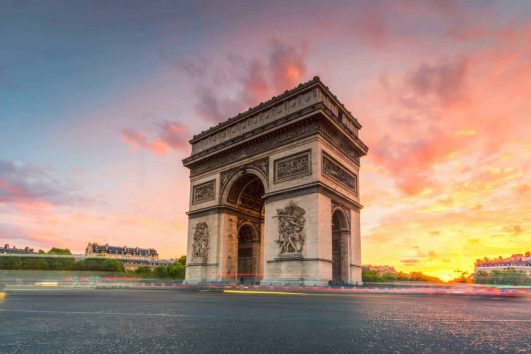 Paris Leaders & Landmarks   The inhabitants of a place surely influence how it is perceived. Parisian politicians have certainly left their marks on some of France’s most famous landmarks, creating some amazing stories for…

The best way to travel between french cities and villages is by train.

France’s world-famous TGV travels at up to 199 mph.

You can also travel on TER regional, local & suburban trains, or Intercité trains.

You can choose between 1st or second class.

Do I need to reserve a seat when travelling by train in France?

In France, you need to reserve if travelling on the TGV train, but you do not need to make a reservation on the TER or Intercité trains.

Do I need to reserve a seat on Eurostar?

To travel with Eurostar using your pass you need to book your seat in advance and pay a seat reservation fee.

How long are the train journeys in France?

Overview: Arrive Paris and make our own way to our accommodation. We settle in to our apartments and meet in the early evening for a briefing followed by our welcome dinner at a local restaurant.

Accommodation: We will be based in a Paris apartment located in a central arrondissement. Our apartments will be available for the duration of the tour.

Overview: Prehistory to the 5th century – the Celts settle in Paris in the Marais area and on the Île de la Cité – followed by the Romans:

Today we begin our tour with a guided walking tour of the Île de la Cité, including a visit to the Archaeological Crypt and a visit to the nearby Notre Dame Cathedral. Here we discover remnants of buildings and monuments from the 3rd century including two Gallo-Roman rooms heated by hypocaust. After free time for lunch we travel by Metro to the great Cathedral of St Denis to learn about its place in the history of French architecture and to see the magnificent Royal Tombs.

Overview: A glimpse of Parisian daily life in one of the oldest quarters of Paris and an overview of the centuries:

The market in the Marais area is our morning activity. Here we can stock up for our apartment needs with vegetables, fruit, cheeses, wines or anything necessary or unnecessary-but-desired!

In the afternoon we will enjoy a guided walk of the area including the beautiful Place des Vosges with its connections with the great King Henri IV and famous characters such as Mme de Sévigné and Victor Hugo.

An early start as we meet for our journey to the city of Caen in Normandy by rail. Here we discover the 11th century with a visit to the Abbey of William the Conqueror and see his simple, black marble tomb. A leap to the 20th century takes us to the thought-provoking Memorial Museum with its dedication to the events of WWII.

Today we meet at Montparnasse Station for a full-day visit to Chartres where we will have a guided tour of France’s first High Gothic Cathedral with its magnificent stained glass windows.

Back in Paris, in the evening, we hope to complete this era of history at a concert in the Ste Chapelle of Louis IX. (If we are lucky, the sun will light up the glorious stained glass windows of this exquisite chapel.)

Our full-day tour today takes us by TGV (fast train) to the city of Reims, site of the coronation of most of the French Kings. It was here that Joan of Arc brought Louis VII to be crowned after the tide of the 100 Years War was turned. During our guided walking tour of the city, we will visit the Cathedral, learn of its history and admire its stained glass including a modern series of windows by Marc Chagall. We will also learn about the city’s post-WWI Art Deco redevelopment.

Overview: Papal Schism – machinations of political and religious life in the 14th century:

The TGV will take us south to Avignon for an overnight stay. On arrival we will have a guided tour of the city including a visit to the Popes’ Palace.

Accommodation: We will be staying at the Cloitre St Louis hotel (or similar) for 1 night.

Overview: Time to catch our breath with a free day in Paris to explore on our own. Our Tour Leader will have some suggestions to assist those who want a ‘planned day’.

Overview: Your concludes this morning, as the remainder of the group on the full tour continue on to Tours.

1
Explore Paris and journey by rail to regions and great cities to learn about their historical significance and influence on France.
2
Free time shopping for fresh food at open-air markets and savour the local cuisine and culture.
3
Enjoy an overnight stay in the historic cities of Avignon in Provence.
4
Experience everyday life as the Parisians do, from your apartment.
5
Journey to Caen in Normandy and visit the thought-provoking Memorial Museum. 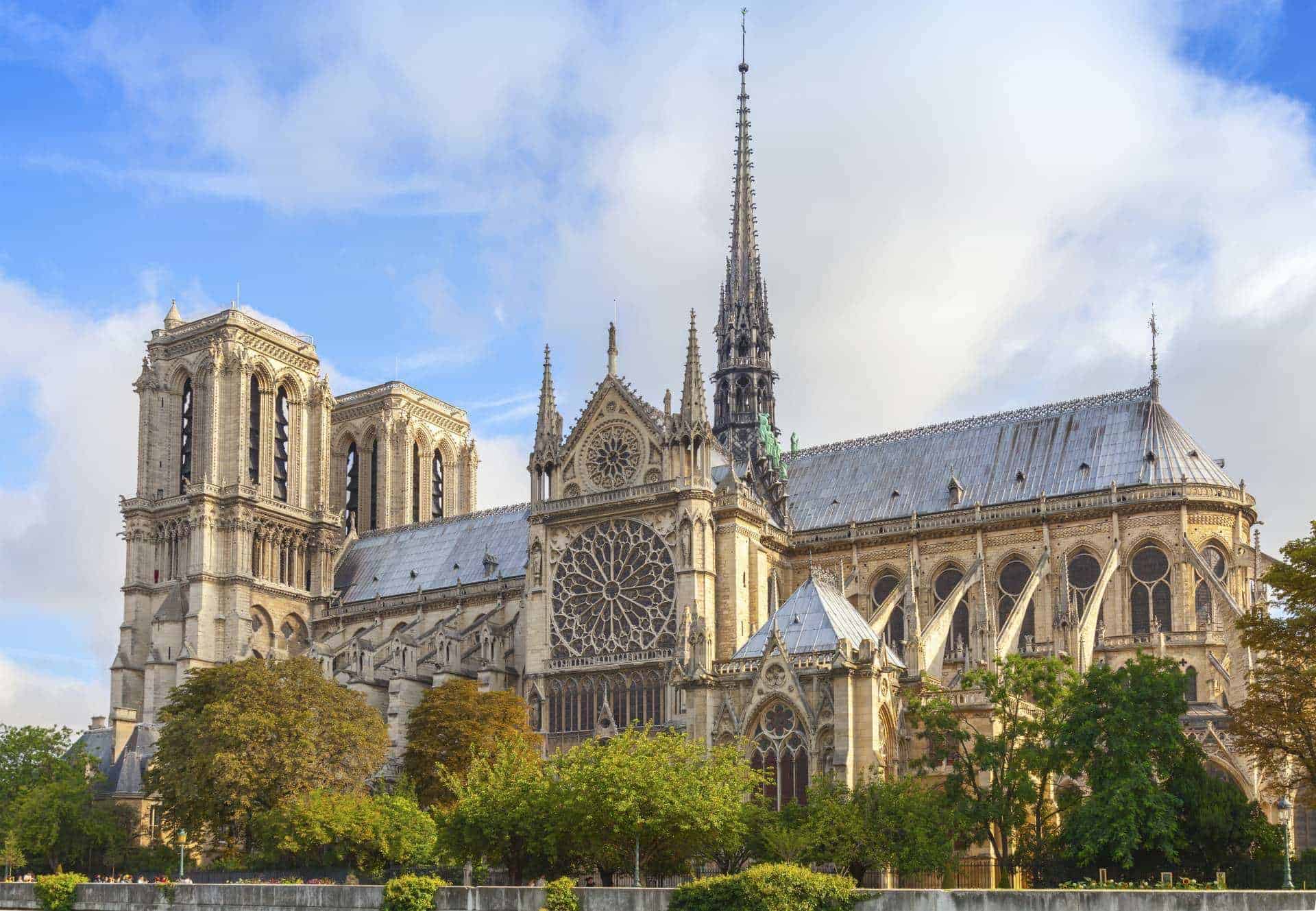 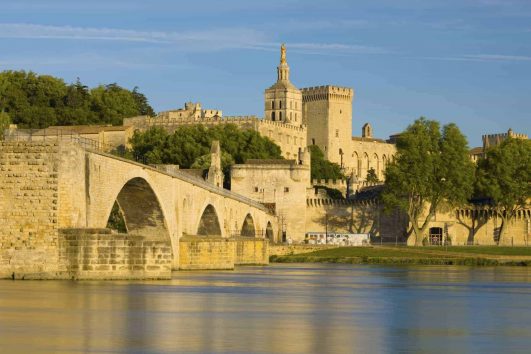 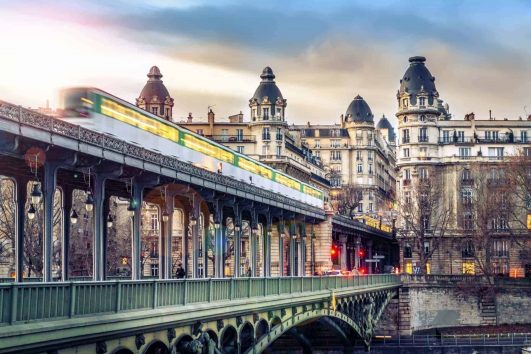 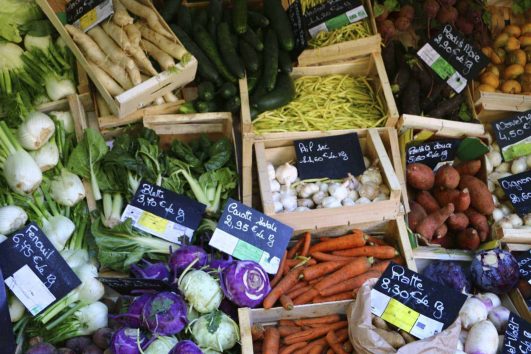