It’s easy to see why Taiwan was once called Ilha Formosa (or ‘beautiful isle’). Few countries combine ancient culture and modern life so seamlessly among such pristine and lush scenery. In Taipei, uncover history at the Chiang Kai-Shek Memorial Hall, scale the Taipei Building (Taipei 101) for amazing views of the city, and feast on delicious snacks at one of the many vibrant night markets. Outside the city, dive in to the traditional local culture at Taiwan’s thousands of Buddhist temples, particularly the headquarters of Fo Guang Shan, the largest Buddhist monastery in Taiwan. Finally, make sure to head into the countryside to see the most breathtaking natural landscapes: the towering cliffs and river gorge of Taroko National Park, the vivid blue Sun Moon Lake, and the dense forests of the Alishan Railway. Join Odyssey Traveller as we take you on a journey through this fascinating travel destination.
Tours for Mature Aged and Senior World Travellers. 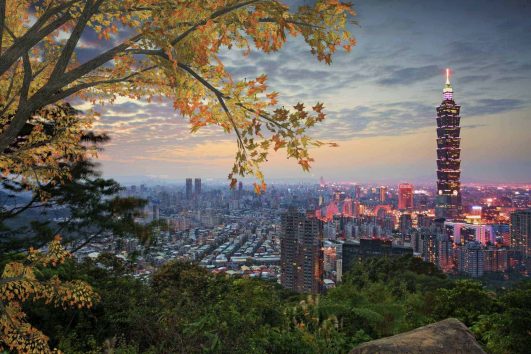 This small group program for mature and senior travelers, couple or solo includes many of Taiwan’s natural wonders; from Taroko Gorge, one of the seven wonders of Asia, to Sun Moon Lake, Taiwan’s largest lake; Kenting National Park, with its 60 kilometres of coral-rimmed shoreline to the East Coast National Scenic Area, stretching 170 kilometres. Fully escorted tour of Taiwan 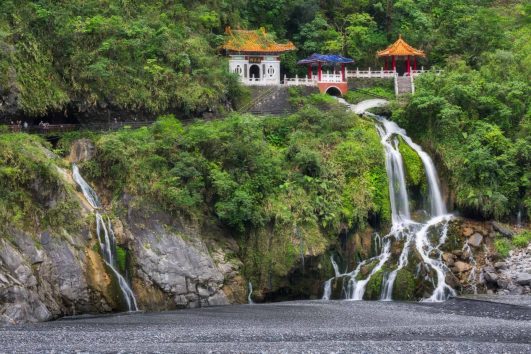 Questions about Taiwan for Senior travellers

Escorted small group tours for mature and senior travellers to Taiwan. Designed for couples and solo travellers who like to explore and enjoy learning as they travel.

Odyssey travels by coach and occasionally uses local transport, including trains and ferries. Specifics are always outlined in your tour itinerary. The Taiwan Railways Administration (TRA) runs an extensive rail network, with an efficient system of train services running across the country. Bus services are also widely available, and are reasonably priced.

The island of Taiwan covers a total area of 36,104 square km, and has a coastline of 1,139 km. Much of Taiwan is mountainous, with two thirds of the country dominated by mountain ranges. The terrrain levels out towards the western coast, with most of the country’s population living on the flatlands in the west of the country.

Taiwan has both subtropical and tropical climates, with warm year-round temperatures and heavy precipitation during monsoonal periods. Depending on when you intend to travel, check the weather reports and dress accordingly.

Due to Taiwan’s current diplomatic status, UNESCO does not presently include any sites in Taiwan on its World Heritage Sites list.

Numerous festivals and events dot the calendar in Taiwan. Many of the Taiwan’s biggest annual festivals reflect the island’s Chinese cultural heritage, including Chinese New Year and the Chinese Lantern Festival. One of the more visually striking events of the year is the Taiwan International Balloon Festival. Taking place between July and early August, the festival features an eye-catching array of hot air balloons, including balloons in the shape of animals, vehicles, fictional characters, and religious figures. Traditional crafts and art forms are preserved through events such as the Yunlin International Puppet Arts Festival, which showcases puppetry, shadow puppetry and marionette performances.

Taiwanese cuisine has been shaped by the culinary influences of neighbouring China, as well as the local produce and unique flavours of the island. Noodles and soups feature prominently in Taiwanese cooking, with beef noodle soup one of the most popular dishes in the country. Steamed buns are widely consumed, and are found at nearly every night market, food court and street stall, while soup dumplings are also very popular. Taiwanese cooking has some rather innovative uses for some of the produce of the island – for example, oysters have been used as the key ingredient in noodle dishes (oyster vermicelli) and is even cooked with eggs to make an oyster omelet.

To keep cool in Taiwan’s often stifling heat, a refreshing pearl milk tea may come in handy. Featuring milk tea filled with chewy tapioca balls, pearl milk tea can commonly be seen in the hands of locals on hot summer days. Tea itself is something that Taiwan greatly treasures, with Taiwanese oolong tea held in particularly high regard.

Taiwan is generally a safe country to travel in, although always exercise common sense while travelling. The monsoon season between May and November can bring flooding and mudslides, while Taiwan is also prone to earthquakes.

Whenever you travel overseas, it’s always wise to take an appropriate travel adaptor. The standard voltage in Taiwan is 110V, while the standard frequency is 60Hz. Taiwan uses both Type A and Type B electrical plugs, so make sure that you are carrying the right travel adaptor with you. 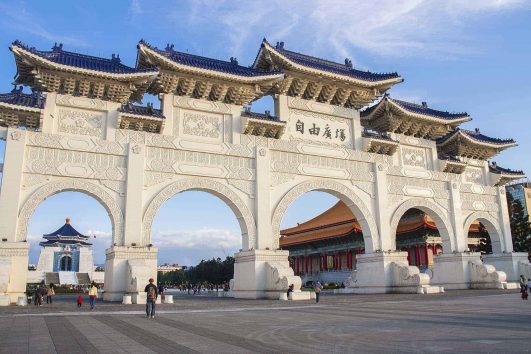 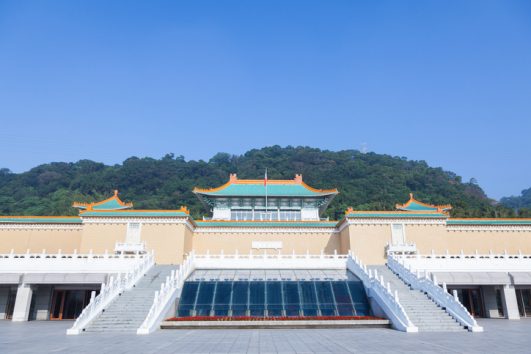 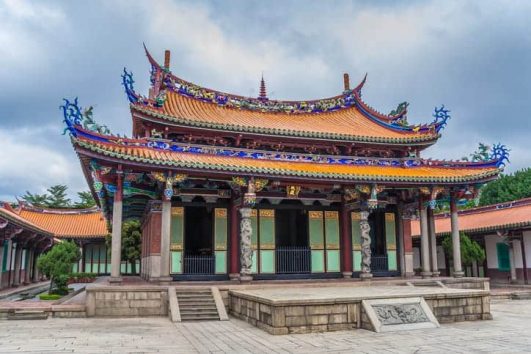 What time zone is Taiwan in?

Is tipping customary in Taiwan?

If you’re on an Odyssey tour, we take care of tipping so you don’t need to give it a second thought. However, in your free time, or if travelling independently, it’s essential that you tip an appropriate amount for services. Tipping is not particularly common in Taiwan, with a few exceptions. Bellhops in hotels may expect a tip of around $1 per bag, while tour guides should be tipped around 10% of the tour cost.

Can I use my mobile/cell phone while in Taiwan?

Check with your cell phone provider to see whether you’re able to make calls and use data while in Taiwan. Many providers will allow you to pay a daily fee that allows you to make calls and check the internet while only being charged your regular rates. However, be certain to inform your provider that you’re heading overseas, because just like a bank they can turn off your service as a result of unusual activity.

External articles to assist you on your visit to Taiwan:

The Telegraph: 15 reasons why Taiwan should be your next adventure.

Buns and Bright Lights: The Joys of Taiwan’s Street Food.

A Brief History of the Taiwan Lantern Festival.