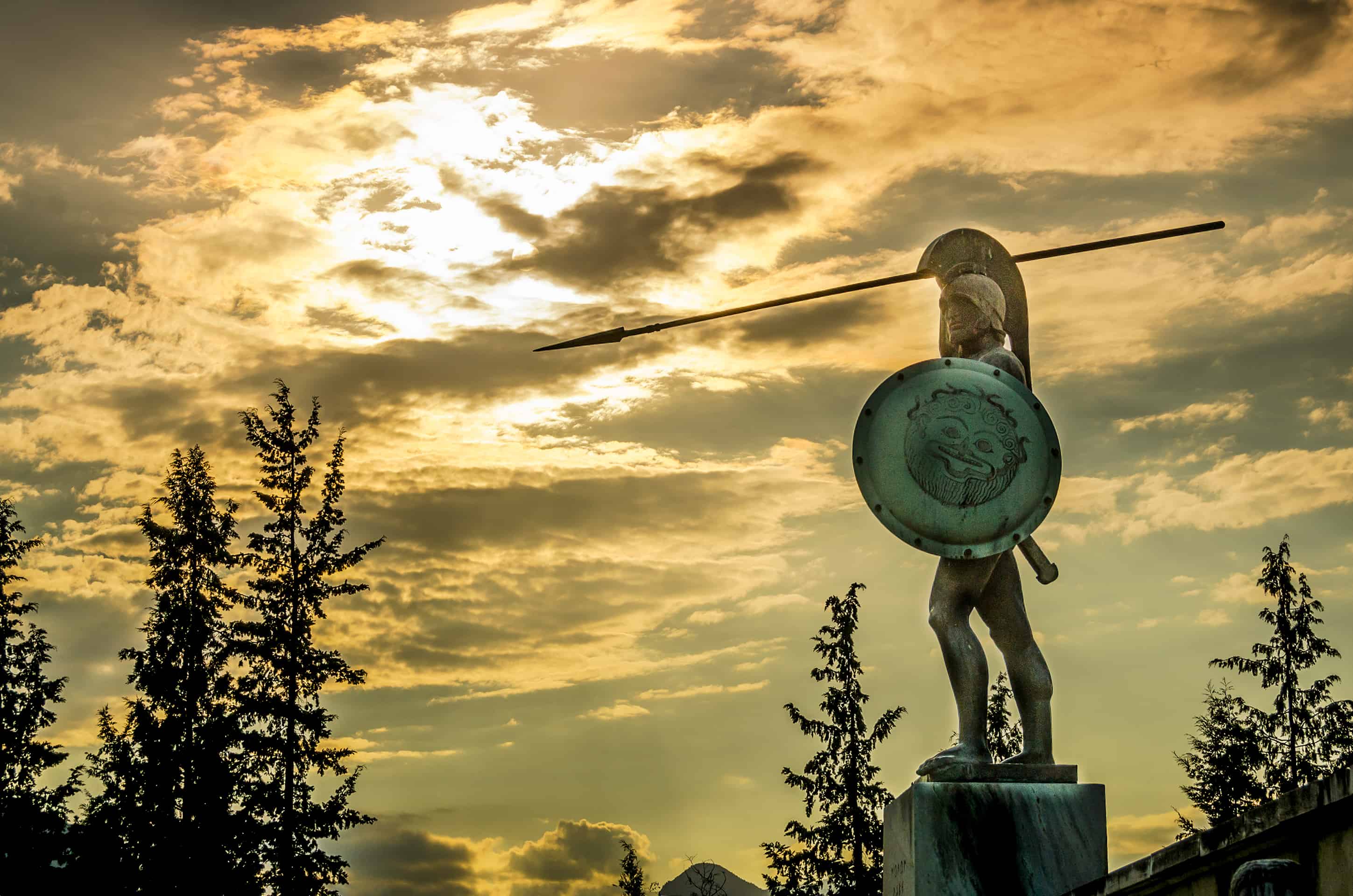 The History and Culture of Ancient Sparta

Sparta was a prominent city-state in ancient Greece famous for its powerful military. Throughout ancient Sparta a prominent militaristic culture pervaded with citizens’ lives centred around war. Its military prowess allowed the city-state to grow to a dominant land-power around 650 BCE entering a legendary period of hegemony peaking with its defeat of Athens in the Peloponnesian War (431 – 404 BCE).

This article is to assist you in your Greece visit and tour of Sparta. It explores Sparta’s militaristic history and culture from its beginnings as an ancient Dorian Greek State, through its rise to hegemony in the Peloponnese and Southern Greece, to its decline and eventual incorporation into the Achaean League under the Roman Republic in 146 BCE.

The Beginning of Spartan History

The original founders of the city of Sparta were the Dorians who invaded the area from the north to become the dominant ethnicity in the Peloponnese after the fall of the Mycenean civilisation around 1100 BCE. Archaeological evidence suggests that ancient Sparta began to be built sometime around 950-900 BCE as surrounding Dorian tribes merged together.

A strong military tradition developed as Sparta expanded its rule over the region called Laconia by 800 BCE due to a need to secure land and resources to keep animals. In the late 8th century BCE the Spartans marched into the rich plains of Messenia for more territory and after 20 years of war successfully conquered the region more than doubling their amount of land.

The Messenians were ruthlessly oppressed reduced to the class of helots – agricultural slave labourers on Spartan-owned estates. In 685 BCE the helots rose in revolt but were eventually subdued after 17 years of brutal fighting.

The Messenian Wars had greatly militarised the Spartans who then went to great extremes to ensure the helots wouldn’t rise again. The Spartans would devote their entire life to warfare. Arts, philosophy, and literature were neglected as a culture developed centred on loyalty to the state and military service.

At age 7 Spartan boys would leave their family to enter a rigorous state education, military training and socialization system that emphasised duty, courage, and discipline. Schooling continued until age 20, when a Spartan graduated into military service where he would stay until retirement at age 60. The Spartan’s entire purpose in life was war as a professionalised soldier. Although not soldiers, Spartan women were educated in the same austere virtues with their mission to grow strong sons for the city of Sparta and its army. All agriculture and other duties were left to their helots.

Following the Messenian Wars Sparta had become the largest and most powerful city-state in the Peloponnese with only Argos rivaling their political and military hegemony. It would then go on to establish ultimate hegemony and broaden its horizons by forming the Peloponnesian League (c. 505 – 365 BCE) eventually consisting of all Peloponnesian states except Argos and Achaea. All members swore to ally with Sparta against its enemies and provide the Spartan army with troops during times of war. In return they received the protection of all of Spartan’s powerful army – the professional and formidable soldiers probably the best and most feared in Greece.

They fought with distinction during the Persian Wars playing important roles in key battles at Thermopylae and Platea to allow a victory for the Greek city-states over the Achaemenid Empire. During these wars Sparta’s leading position was acknowledged by all.

The city-state’s hegemony then extended over Southern Greece after defeating its rival Athens in the Peloponnesian War (431 – 404 BCE). Although the Spartans were losing in the early stages of war, with the offer of Persian help they were able to destroy the Athenian fleet in 405 BCE sieging Athens. Starvation and disease spread within the walls of the city forcing the Athenians to surrender in 404 BCE.  The city was subsumed by the Spartan system.

Decline of the Spartans

Sparta’s supremacy did not last long. Involvement in Persian civil wars and the subsequent occupation of the Theban citadel, Cadmea, overextended their power. In 371 BCE they suffered a disastrous defeat to the Thebans at the Battle of Leuctra, followed by a crushing defeat in their homeland again to the Theban army in 369 BCE. The Messenian Helots were set free and all Spartan men now had to take care of their farmlands with less time for military training.

Sparta gradually declined over the next century to a second-rate power. When the Romans conquered Greece in the 2nd century BCE, Sparta was absorbed into the Achaean League. A long period of further decline followed, especially in the middle Ages, when many Spartans moved to Mystras. The city’s history of glory and military supremacy would never be repeated.