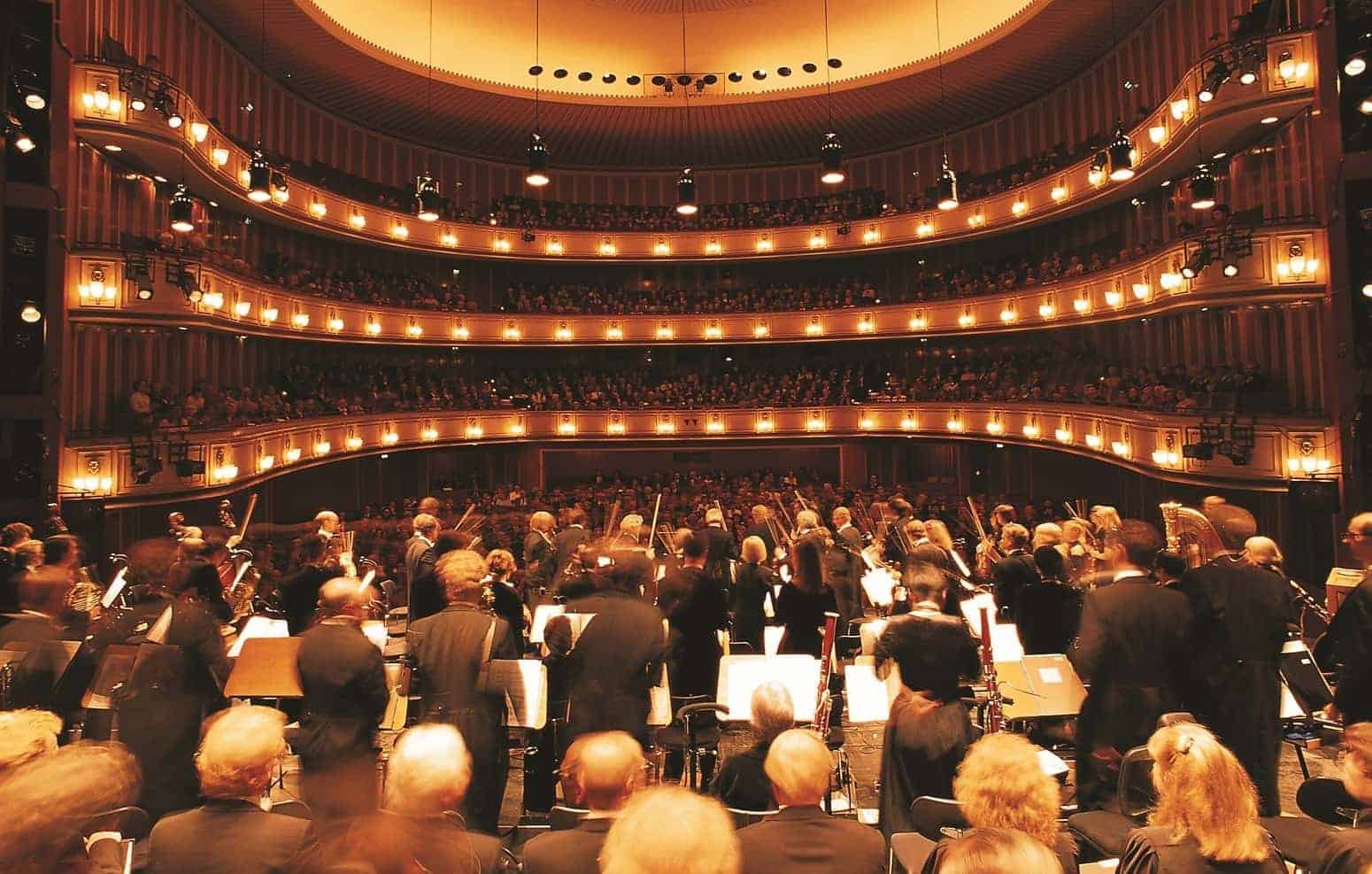 A concert hall or opera house is often a city’s most striking architectural feature. Recently, in Europe, two spectacular new concert halls have opened, and each is worth visiting to view from both the outside and inside. No musical tour is complete without a visit to the local music hall.

Perched on the water, on the edge of the Île Seguin, the newly opened concert hall La Seine Musicale, is an extraordinary structure. In the west of Paris, it is part of a larger project to further improve the cultural life of the district. Under construction since 2014, the structure of glass and steel resembles an egg, being engulfed by a wave made from the same material. It includes a 1,150 seat classical music auditorium and a 6,000 seat pop and rock venue.

The venue is particularly striking for its contemporary look, in a city of grand and venerable music halls, and ancient churches. It competes with the Palais Garnier, the famous Olympia Hall, and the striking Philharmonie de Paris (which opened in 2015), to name a few.

La Seine Musicale will play host to a wide range of events across genres. On April 21, Bob Dylan played the inaugural concert as part of his Never Ending Tour. And performances are scheduled for West Side Story, Herbie Hancock, and the BBC National Orchestra of Wales.

In Hamburg, the brand new Elbphilharmonie Hall sits on the harbour atop a brick warehouse. It towers over the water, and is topped with a sparkling white-tiled roof shaped made of many concave scoops. The inside is equally spectacular, and you needn’t take my word for it, the website offers a drone-guided video tour! We hope to visit the Hall on our visit to Hamburg, as part of Odyssey’s European Ballet Tour.

Odyssey’s Music and Performing Arts Tour takes in Vienna, Munich, Paris, London, and New York. We enjoy performances at concert halls such as The Met, The Barbican, and much more. If you’d like to find out more about this tour, click here!