This North East India small group escorted cultural tours for seniors  is a magnificent journey through the landscape and culture of a remarkable region. We will explore Darjeeling, which shares history with Bengal, Sikkim, and Nepal, as well as Tiger Hill, where we witness the changing colours of the sunrise in the Himalayan Range. We will ride the Toy Train, which features spectacular, breathtaking views of the Himalayan peaks. Visit Pemayangtse, enclosed on 2 sides by snow-capped mountains, and Gangtok, wreathed in clouds and located on a ridge at a height of 5,500 feet. Finally, experience Guwahati, “gateway of the North Eastern Region of the country."

We visit the beautiful Ghoom Monastery, built in 1875. On our return to our hotel we see the image of the 15 foot tall Mythey Buddhat. The tour also makes a stop at the Himalayan Zoological Park, and the Snow Leopard Breeding Centre. On the same day we see visit the The Himalayan Mountaineering Institute, which was started in Darjeeling when Tenzing Norgay climbed Mount Everest.

A visit to Darjeeling of course includes a visit to a tea estate. We will take a tour of the  Tukvar Tea Estate. Teas grown on the misty heights of Darjeeling are popularly known as the "Champagne of Tea" and are famous the world over for their exquisite taste.

The group also tours Pemayangtse. Founded in 1705, this is one of Sikkim's oldest and most important monasteries. We will visit Cherrapunjee, considered the wettest place on the earth, and end the tour with a half-day city tour of Kolkata.

For more details about the North East India small group escorted cultural tours for seniors, click the ‘Top 5’ or ‘Itinerary’ buttons above! If you’re keen to experience this tour, please call or send an email. Or, to book, simply fill in the form on the right hand side of this page. We will see St. Paul's Cathedral and the Indian Museum which is the largest in India and has one of the best collections of Indian art.

If you're planning to visit India, you may also want to read our articles:

Overview: We meet at Kolkata Airport and transfer to our hotel.

Overview: After breakfast at our hotel we transfer to Kolkata Airport to board our flight for Bagdogra. We meet on arrival at Bagdogra Airport and transfer to Darjeeling by coach.

On arrival in Darjeeling we check-in at our hotel and spend the evening at leisure.

Overview: We have an early start this morning which is well worth it to experience a beautiful sunrise at Tiger Hill. Tiger Hill is approximately 13 kilometres from Darjeeling and from here one can see beautiful sunrises and the Himalayan Range, including Kanchandzonga and Mount Everest. The horizon changes colours just before sunrise and the entire Himalayan range turns golden – it is truly a majestic sight. Afterwards we visit the Ghoom Monastery, the oldest monastery in the area, built in 1875. On our return to our hotel we see the image of the Mythey Buddha standing majestically at 15 feet in height and enjoy breakfast.

Our next stop is at the Tibetan Self-Help Centre/Refugee Centre. This institute is run by Tibetan refugees to preserve their handicrafts and one can see the making of Tibetan carpets, leather work, paintings, and woodwork.

Overview: After breakfast we take a ride on a World Heritage Train. The spectacular landscape unfolds as the 2-foot gauge Darjeeling Himalayan Railway labours at about 10 miles per hour crisscrossing the road. It has tiny 4-wheel locomotives (some over 100 years old) akin to living legends – one can experience the sound, smell, and romance of a bygone era. Built in 1881, it has social and cultural importance and has outstanding universal appeal. Based on its unique features, it is considered to be of lasting significance to mankind.

Later in the afternoon we visit Tukvar Tea Estate. Teas grown on the misty heights of Darjeeling are popularly known as the “Champagne of Tea” and are famous the world over for their exquisite taste. The premium Darjeeling teas are mild in character and have distinctive natural fruity flavors. The different steps in tea manufacture can be seen in the factory of the Tea Estate.

Overview: After breakfast we board our coach for our journey to Pemayangtse. On arrival we check-in at our hotel.

This afternoon we take a city tour of Pemayangtse. Standing at a height of 2,805 metres and enclosed on 2 sides by snow-capped mountains, Pemayangtse is one of Sikkim’s oldest and most important monasteries. Founded in 1705, it belongs to the Tantric Nyingmapa sect, which was established in the 8th century. The monastery is a 3-story structure filled with wall paintings and sculpture, and includes a magnificent 7-tiered, painted wooden model of paradise and hell, complete with rainbows, angels, and the whole panoply of Buddha’s and bodhisattvas. The model was built by the late Dungzin Rinpoche over a period of 5 years.

Overview: After breakfast at our hotel we depart for Gangtok. Upon arrival in Gangtok, we check-in at our hotel and spend the evening at leisure.

Overview: We start the day with a sightseeing tour of Gangtok, visiting the Namgyal Institute of Tibetology and the Chorten (memorial for the dead). We also visit the Enchey Monastery, believed to be 200 years old, and drive past the Tashiling (the Secretariat) before visiting the Palden Tondup- Cottage Industries Institute.
Later we visit the Rumtek Monastery.

Overview: We board our coach this morning bound for Kalimpong. On arrival we check-in at our hotel. This afternoon we tour Kalimpong, which includes visits to Zang Dog Palri, Fo-Brang Monastery, and Thongsa Gompa. We also stop at nurseries, the local market, and the Tibetan colony.

Overview: After breakfast we transfer to the Bagdogra Airport to board our flight to Guwahati. We then board our coach for our trip to Shillong, approximately a 4-hour drive.

We check-in at our hotel and after refreshment, if time permits, we visit the Cathedral of Marry and take an evening stroll to Shillong’s famous Police Bazaar.

Overview: We board our coach this morning for our full-day tour. Cherrapunjee is considered the wettest place on the earth, so expect rain!

Overview: After breakfast we enjoy a full-day tour to Mwallynong.

Mwallynnong Village is situated 90 kilometres from Shillong on the Shillong-Dawki Road. It is a village of 75 households with a population of 400 situated in an idyllic location. This village epitomizes a standard to which other villages aspire, and was dubbed the “cleanest village in India” by Discover India Magazine. The primary village school boasts a zero dropout record and 90% literacy rate. Paved walkways, beautiful flowerbeds, waterfalls, hilly rivulets, an acacia plantation, and an excellent view of the faraway plains of Bangladesh all contribute to the ambience of this village. Farming betel nut and leaves, broomsticks, and pepper, along with bee rearing, are the primary economic activities of this village. With the village headman himself taking the responsibility of making visitors comfortable, a day in this village gives an insight into the life of the Khasis, the influence of the church, and its metamorphosis.

Overview: After breakfast we check out of our hotel and return to Guwahati for our overnight stay. On arrival in Guwahati we check-in at our hotel. Later today we visit Kamakhya Temple, situated at the top of the Nilachal Hill at about 800 feet above the sea level. The entire temple complex not only comprises of many other temples but also a whole set of people connected with them. Apart from the main Devi Temple, it comprises of other major temples of Devi Kali, Tara, Bagala, Chinnamasta, Bhuvanesvari, Bhairavi, and Dhumavati.

We also visit Sankardev Kalakhetra. Located in a beautifully landscaped setting and inaugurated in 1998, Sankardev Kalahetra is a multi-arts complex showcasing the rich culture of the state. Named after the most honoured Vaishnava Saint and the greatest integrator of Assamese society Srimanta Sankardeva, the Kalakshetra houses a central museum where objects and day-to-day articles used by different ethnic groups are exhibited. It preserves the cultural identity of various communities and tribes of Assam by promoting dance, drama, music, and art. There is also an Artists’ Village that creates the atmosphere of a typical Assamese community, the Lalit-Kala Bhavan art gallery where exhibitions, art, and sculpture workshops are also held, a Heritage Park, an open-air theatre with the capacity to hold 2,000 people, a traditional Vaishnavite temple, and the Sahitya Bhavan library of rare books and manuscripts.

Overview: After breakfast we board our coach for our full-day trip to Kukurmara to visit the Kamakhya Temple and later drive to Chaygaon.

We arrive at the Kulsi River, which is the southern tributary of the Brahmaputra River, to board our boat and cruise the river to see the Gangatic Dolphins. The river passes mainly through the Chaygaon area of the Kamrup District and country boats with no motor are used for sightseeing.

The river dolphin’s scientific name is Platanista gangetica, but they are commonly known as “Susu” in Ganges and “Hihu” in Brahmaputra. They are aquatic mammals. The dolphins are in their natural habitat and a sighting cannot be guaranteed. The boat ride is subject to river conditions.

Overview: After breakfast we transfer to Guwahati Airport to board our flight to Kolkata. We are met on arrival and transferred to our hotel.

This afternoon we proceed with a half-day city tour of Kolkata. Kolkata is a city of glaring contrasts: a curious blend of the old and the new, partly feudal, partly born out of growing urbanization, partly undefinable. It is a medley of the East and the West, a graft of a European city imposed on the Asian landscape that gives Kolkata its bewildering charm, confusion, and excitement. Being just about 300 years old, Kolkata is not known for its great historical monuments. However, perhaps the oldest remembered is the site where the Kalighat Temple now stands. It is a city that shocks on first impression but eventually the visitor falls in love with it. The sightseeing of the city includes a visit to the Victoria Memorial, Kolkata’s most imposing and monumental dream in marble opened by the Prince of Wales in 1921 and often called the “Taj” of the British Raj. We will see St. Paul’s Cathedral and the Indian Museum which is the largest in India and has one of the best collections of Indian art.

Overview: The tour ends after we transfer to the International Airport. From here, you board your onward flight. 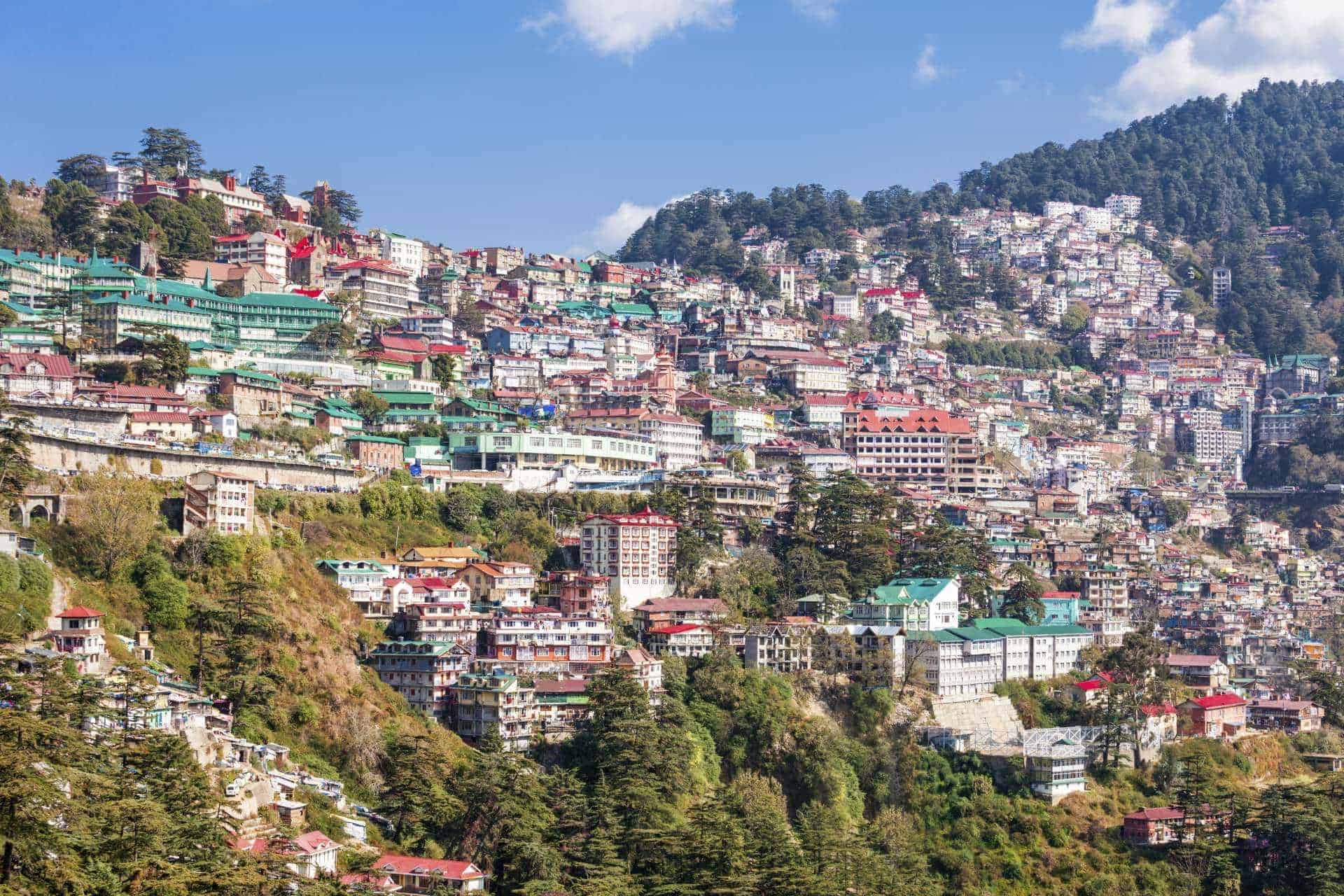