This small group tour exploring the heritage, culture, and history of Italy is a popular 11-day program. Beginning in Rome, this trip to Italy, especially designed for mature-aged and senior travellers, is a fully escorted tour with a Program Leader and local guides. Our guides are all passionate about the places where they are leading the group, and are delighted to share their enthusiasm with you on this short tour. This is a short version of our 22-day tour to Italy.

This seniors small group short tour takes us from the eternal city of Rome south to Castelammare di Stabbia on the Bay of Naples. We also experience the breathtaking scenery of the UNESCO World Heritage Site, Amalfi Coast, with its whitewashed villages tumble into azure blue seas. Other UNESCO World Heritage sites will also be visited on this tour. We spend 5 nights in Castelammare di Stabbia before heading north again for 3 nights in Assisi, where your tour ends.

Our fully escorted tour of Italy features guided walks through the best of the Italian countryside and we visit the Umbrian medieval cities of Perugia, Gubbio, and St Francis' Assisi, the spectacularly cosmopolitan city of Naples, and we also take in the Roman remains of Pompeii and the island retreat of Capri.

This tour of Heritage Italy short small group tour is perfect for the mature traveller single traveller or couple seeking to learn about Italy and experience its spectacular scenery.

Articles and Other tours with Odyssey Traveller

This tour of Heritage Italy is perfect for the mature-aged or senior single traveller or couple seeking to learn about Italy while enjoying its many splendours.

We have a collection of guided tours for mature-aged and senior travellers seeking to see, feel and learn about this country. Click here for our other tours to Italy, and our tours to Europe.

We have a tour focused on Southern Italy and Sicily. Click here to see this tour package.

To prepare for the trip, check out our blog post listing 10 great books to read before travelling Italy! You can also see our other Italy-related articles here.

For more details about this tour from Odyssey Traveller or other small group tours of Italy offered, click the ‘Top 5’ or ‘Itinerary’ buttons above! If you’re keen to experience this tour, please call or send an email. Or, to book, simply fill in the form on the right hand side of this page.

Overview: Upon arrival in Rome we will come individually to the hotel. In the evening we will walk to a local restaurant for a briefing on the tour and dinner.

Founded by the Etruscans, Rome became the centre of Europe’s greatest Empire and one of the world’s great religions. It still offers an astonishing array of outstanding sights, from the Roman Forum and Colosseum, to the great Vatican Basilica of St. Peter. The city is full of rich churches, monuments, and museums. Rome is a city in which a phenomenal concentration of history, legend, and icons co-exist with the hustle and bustle of its 4 million inhabitants.

Overview: Today we will enjoy a morning city tour and learn more about the culture and history of the people of Italy. The afternoon is free to explore the city on our own.

Overview: This morning we travel to Castellamare di Stabia near Naples, which is associated with the Etruscans and the Greeks. On the way we will pause in Montecassino to visit the Abby. After we have lunch individually, we will continue on a guided tour of the preserved Roman city of Herculaneum, before arriving at our hotel in Castellamaare di Stabia in time for dinner.

Overview: Today we will learn about Italy’s earliest Greek settlement, Cuma, where we will visit the Cave of Cumean Sybil. We will have time to explore the archaeological site.  This afternoon and evening  is available for you to explore at your leisure.

Overview: This morning we will visit Pompeii with our local specialist guide and have a tour of the archaeological site. This region experienced a period of great prosperity under Roman leadership, as can be seen in the superb remains at Pompeii and Herculaneum. We discover the rich Roman heritage as we visit the excavated site of Pompeii, then we will transfer to Naples where we have lunch individually before having a guided tour of the main sights of the city. We visit the National Archaeological Museum and then enjoy some free time to explore the city on our own. We also visit the city of Naples and experience the awesomely stunning coastal scenery of the Amalfi Riviera where beautiful villages such as Positano and Amalfi cling to the dramatic rocks above the Gulf of Salerno. We return to the hotel in the evening in time for dinner.

Overview: This morning we will travel to Paestrum and visit its archaeological site with our specialist guide. We will see the remains of superb Greek Temples. We will return to Castellamare di Stabia and enjoy the remainder of the day at leisure.

Overview: This morning we drive the Amalfi Coast, pausing at some of the beautiful villages clinging to the rocks. We will meet our local guide and board the fast ferry from Sorrento across to Capri. We will learn about the Roman era as we visit Capri, from where Tiberius ruled the Empire.

We will visit the Blue Grotto before taking the funicular to the town of Capri, where we have a walking tour. We will transfer to Anacapri for another walking tour prior to taking the fast ferry back to the mainland. Lunch today is at our own arrangements on Capri and dinner is back at our accommodation.

Overview: Today we will leave the Bay of Naples for Assisi. En route we will visit the magnificently opulent Palazzo Reale at Caserta, a Versailles style palace built for Bourbon King Charles III, and pause at the Etruscan city of Orvieto, with its impressive cathedral. Lunch will be at our own arrangements and dinner will be at our hotel in Assisi.

Long dismissed as Tuscany’s “gentler sister,” Umbria has recently emerged from the shadow of its better-known western neighbour. Forming an expanse of gentle pastoral countryside and high mountain wilderness of oak woods and ice-clear streams, the picturesque region has been dubbed the “Green Heart of Italy.” It is a strikingly beautiful area with a profusion of fine historic hill-towns, such as Perugia, the region’s capital, Gubbio, Todi, and Spoletto. The region also boasts some fine Roman remains and some of Italy’s oldest churches. Assisi, the birthplace of St. Francis, contains the Basilica di San Francesco, frescoed in part by Giotto and Orvieto, magnificently situated on a volcanic crag.

Overview: Today we will meet our local guide for a morning walking tour of Assisi including a visit to the Basilica. In the afternoon we travel to Spoleto for lunch at our own arrangements and enjoy some time to explore this former Roman colony at leisure.

Overview: This morning we will visit Gubbio and have time to explore the town on our own on its vibrant market day. We then transfer through to the university town of Perugia for lunch at our own arrangements, followed by a guided tour of the main sights of the city.

Overview: The tour will conclude after breakfast.

1
Trace the hub of Europe’s greatest empire through the fascinating Roman Forum, Colisseum, and Vatican Basilica.
2
Learn about the Franciscan religious order while visiting the Basilica of San Francesco in Assisi, Umbria.
3
Explore Campania, see the earliest Greek settlement of Cuma, and marvel at the Roman ruins of Pompeii.
4
Experience a stay in ancient religious houses.
5
Discover the eternal city of Rome and the beautiful city of Assisi. 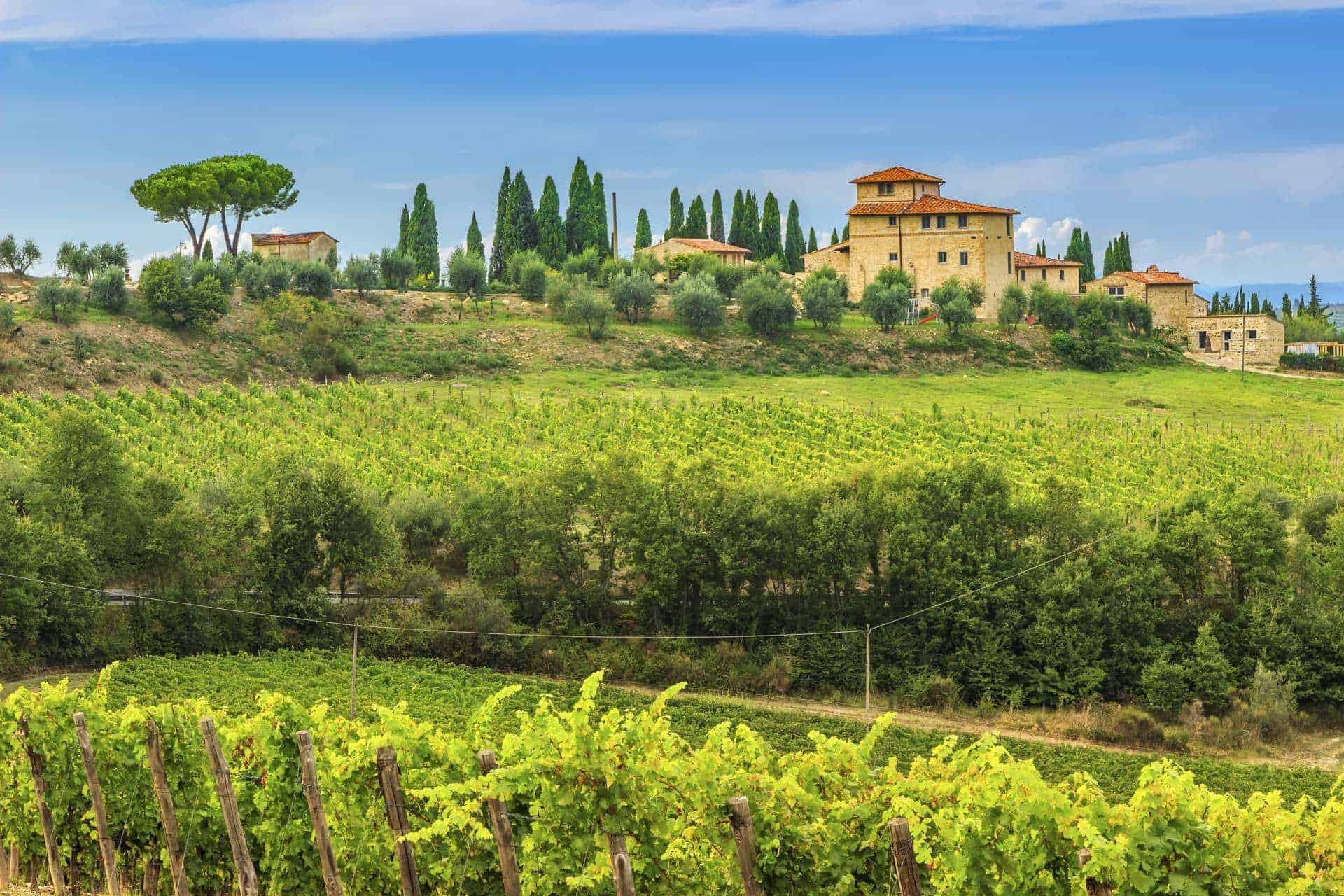 Jenny is a fluent Italian speaker who lived in Italy for some 22 years.  Jenny and her family mostly lived in and around Rome but also spent much time with family in the beautiful cites of Florence, Bologna, Palermo and Trieste.

The last eight years in Italy Jenny worked for the Food and Agricultural Organization of the UN in Rome where she was involved in the organisation of international meetings on food aid and food security.  Upon returning to Australia she held Executive positions in the Australian Public Service in Canberra

Jenny has led a number of Odyssey’s Italian and UK programs and is delighted to share her knowledge of Italy’s history, culture, language and its incredible beauty with Odyssey travellers.