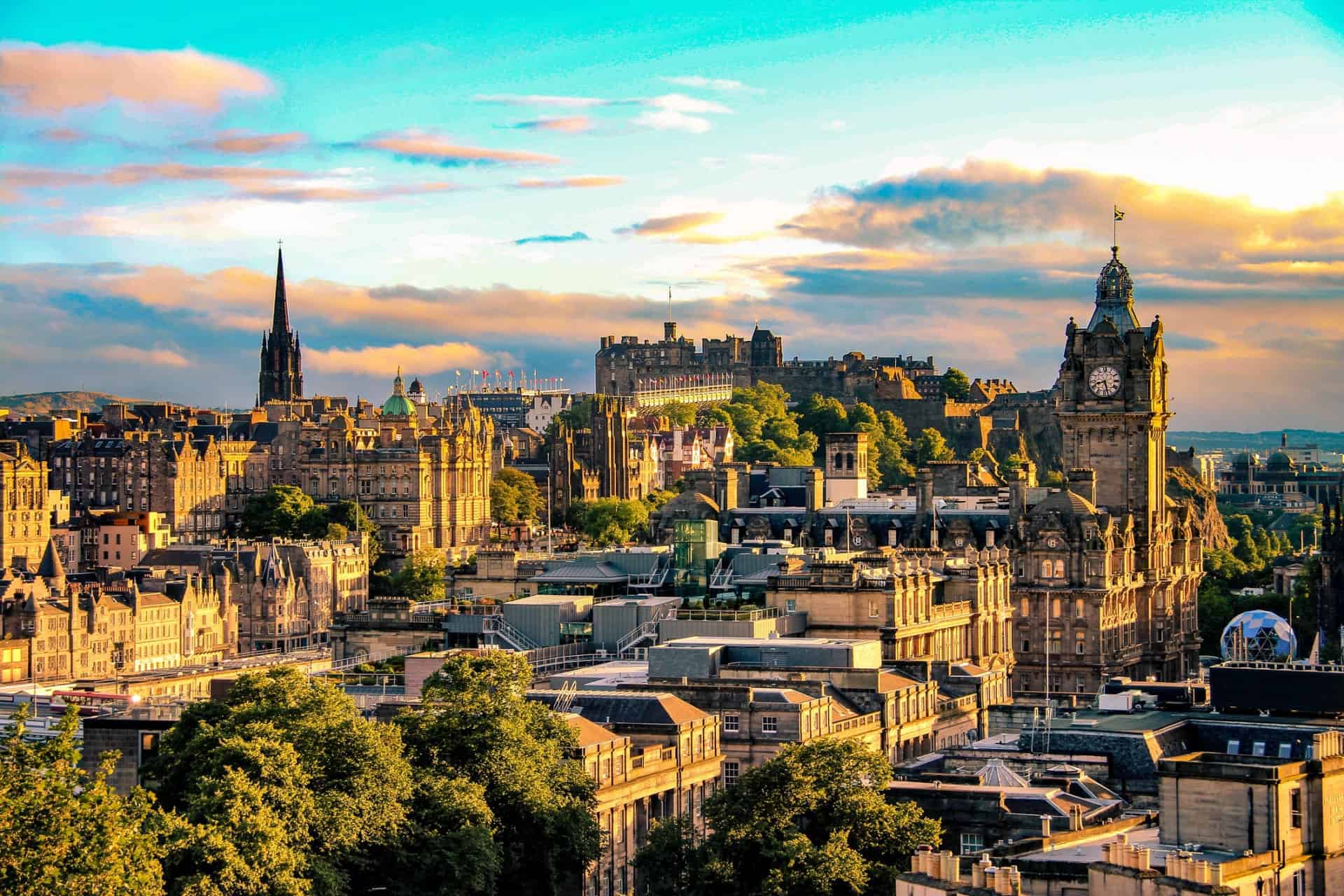 See all the articles published on Scotland by Odyssey Traveller. Our country profile also has more useful information on Scotland.

Edinburgh in the 1950s: Ten Years that Changed a City
by Jack Gillon, David McLean, Fraser Parkinson
"Edinburgh in the 1950s: Ten Years that Changed a City" by Jack Gillon, David McLean & Fraser Parkinson looks at the city of Edinburgh during a decade in which, as the authors note in their introduction, Britain changed definitively and dramatically. This was a decade in which post-war rationing gave way to an economic boom, and a decade in which the problems of Edinburgh's appalling slums were finally addressed, though not always in ways that were welcome at the time or appear wise when viewed with hindsight.
Purchase on Amazon
Lost Edinburgh
by Hamish Coghill
From mean beginnings – ‘wretched accommodation, no comfortable houses, no soft beds’, visiting French knights complained in 1341 – the city of Edinburgh went on to become one of the architectural wonders of the world. But over the centuries many of those fine buildings have gone. The buildings which stood in the way of what was deemed progress are the heritage of Lost Edinburgh. Hamish Coghill sets out to trace many of the lost buildings and find out why they were doomed. Lavishly illustrated, Lost Edinburgh is a fascinating insight into an ever-changing cityscape.
Purchase on Amazon
The Town Below the Ground: Edinburgh's Legendary Undgerground City
by Jan-Andrew Henderson
Below Scotland's capital, hidden for almost two centuries, is a metropolis whose very existence was all but forgotten. For almost 250 years, Edinburgh was surrounded by a giant defensive wall. Unable to expand the city's boundaries, the burgeoning population built over every inch of square space. And when there was no more room, they began to dig down . . . Trapped in lives of poverty and crime, these subterranean dwellers existed in darkness and misery, ignored by the chroniclers of their time. It is only in the last few years that the shocking truth has begun to emerge about the sinister underground city.
Purchase on Amazon
Edinburgh: A History of the City
by Michael Fry
The late poet laureate, Sir John Betjeman, said that Edinburgh was the most beautiful city in Europe. Like some other great cities it is set on seven hills. But only one of these, Rome, rivals Edinburgh in matching the beauty of its setting with the stateliness of its buildings. A romantic landscape of sea and hills, broad vistas and hidden corners is embellished by a style of architecture combining stern classicism with antiquarian whimsy.
Purchase on Amazon
Share
From $1,511 USD
Pre-guaranteed