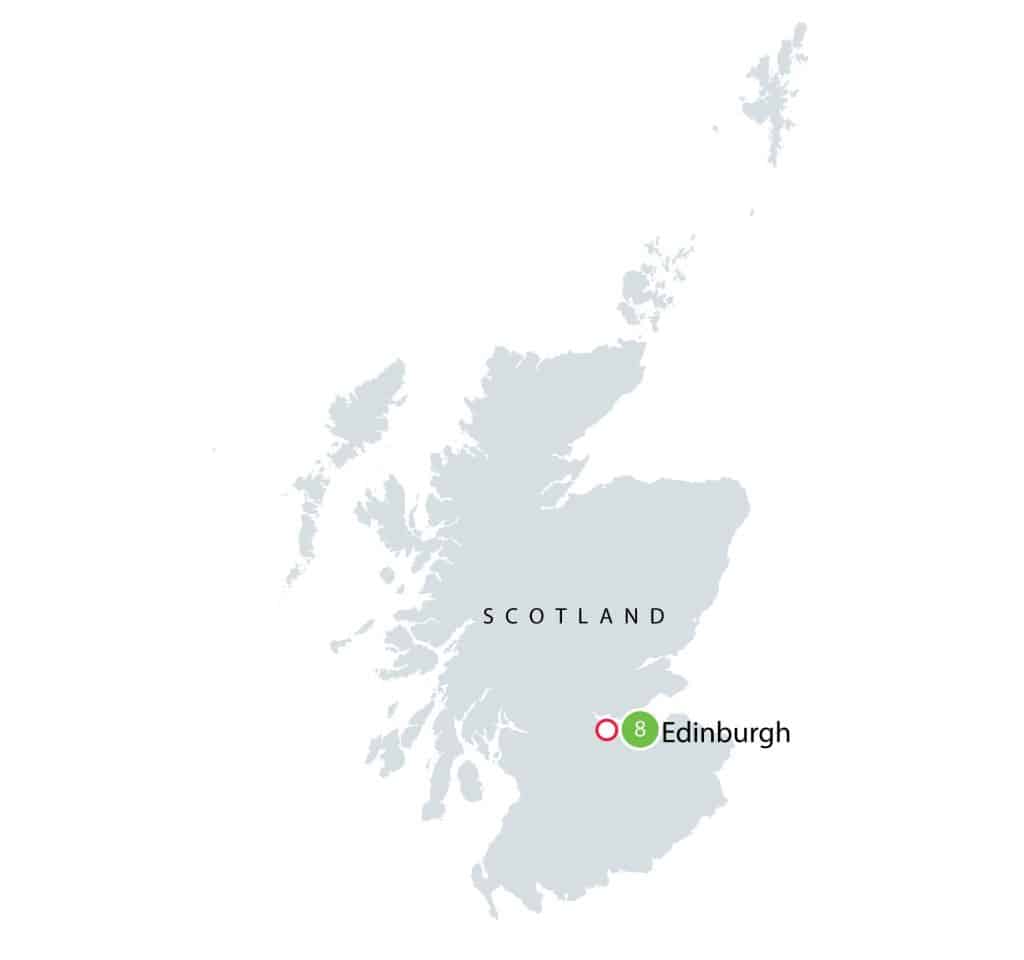 Explore the world’s largest arts festival celebrating its 73rd anniversary in 2020. The Edinburgh Festival Fringe, born from eight theatre groups who turned up uninvited at the postwar Edinburgh International Festival in 1947, is among the most celebrated of all the festivals in Edinburgh, Scotland. In 2020, it runs from 7 August to 31 August. The programme launch is on the 10th of June.

This extraordinary festival encompasses almost an entire month's worth of theatre, cabaret, children’s shows, experimental performance art, circus, comedy, and dance. Every year, an eclectic showcase of new and established artists and street performers from across the globe turn unconventional venues into performance spaces. Known for experimentation, the Edinburgh Festival Fringe feature free, paid, and pay-what-you-want programmes, giving us the opportunity to see and hear plenty of performances in this art festival. On this educational tour, we experience nine enthralling days of the Fringe.

In the world's first City of Literature (UNESCO, 2004), Edinburgh, the capital of Scotland, will also be explored on this tour. While the Fringe is the tour's highlight, we will embark on walking tours around this fascinating city. Numerous sightseeing opportunities promise something for everyone.

You will also have free time to explore the city at your own pace. This visit to Edinburgh can take you to the Royal Mile, which runs downhill and book-ended by Edinburgh Castle and the Palace of Holyroodhouse, the British monarch's official residence in Scotland. The iconic Royal Mile in itself is an attraction, with its cobbled streets and wynds (minor streets) branching out of the main road, as well as countless historic buildings. You can also check out the Royal Yacht Britannia, which used to be the nautical residence of the Royal Family, and is now a five-star tourist attraction. Indulge in local Scottish food and whiskey tastings at charming city bars, or relax at the pubs on High Street. Get ready to experience what the United Kingdom's art hub has to offer.

A few of the Fringe's past performances included in this programme:

As the exhaustive programme is only published when bookings for performances open in June each year, tour selections and the updated itinerary will be confirmed closer to the date.

Please note that the performances mentioned in the current itinerary are from past performances and are included here to give you an idea of the mix of sightseeing and performance attendance on this tour. The itinerary will be updated with the new performances before the 2020 tour begins.

Secure Your Place at The Fringe

You can learn more about Britain and Scotland with our profiles where all the other tour departures are listed as well. For further information, check out the ‘Top 5’ or ‘Itinerary’ pages above. To make a booking, please call, send us an email, or simply fill in the form on the right hand side of this page.

Odyssey aims to secure accommodation in central Edinburgh, at the heart of the festival. Due to high demand for such locations, early booking for this tour is advised.

When is the best time to go to Edinburgh?

Edinburgh’s climate is most comfortable for travellers from May to September. On average, the temperature for August, the month of the festival, is a high of 18 degrees Celsius and a low of 11 degrees, comfortable to walk about and enjoy the various performances at the festival.

That said, the weather in Edinburgh is always changeable and visitors should expect both sunshine and rain, whatever the season. Edinburgh tends to get windy while it rains as well, so be sure to pack either a raincoat or a sturdy umbrella!

What is there to see in Edinburgh?

The city’s historic centre is bisected by Princes Street Gardens, a broad swathe of parkland gracing the heart of the city. Southwards of the gardens is the castle, perched on top of an extinct volcanic crag, and flanked by the medieval streets of the Old Town following the Royal Mile along the ridge to the east. To the north of Princes Street Gardens lies Princes Street itself – Edinburgh’s main shopping boulevard – and the Georgian period New Town, built after 1766 on a regular grid plan.

Convenient for sightseers, Edinburgh is a compact city and most of the sights and major tourist attractions are within the Old Town and New Town and are no further than a 15 minute walk apart. Walking along elegant or atmospheric streets is one of the city’s many pleasures. There are however, a number of hills to be navigated; for example from Princes Street, up The Mound towards Edinburgh Castle requires some significant legwork, but it’s worth it for the views en route.

What is the Edinburgh Festival Fringe Society?

The Edinburgh Festival Fringe Society is a registered charity that supports the running of the festival. However, the Society does not produce any shows, does not invite anybody to perform and pays no fees to performers. There is no selection process and the festival is not programmed or curated. The Society’s role is to provide companies with the resources, support and exposure necessary to make their show a success.

Overview: Upon arrival in Edinburgh, you will make our own way to the hotel. An introductory meeting and dinner to familiarize ourselves with one another will be held at the hotel.

Overview: After breakfast at the hotel, we embark on an orientation tour of Edinburgh with our tour leader. The walking tour will bring you to a diverse range of sights and monuments.

In the early afternoon, you will have some spare time to explore the city at our own pace.

In the mid afternoon, we will meet for our first performance. Enjoy unique interpretations of international classics by the two-time Grammy award-winning Soweto Gospel Choir. They have performed for many world leaders including Nelson Mandela, the British Royal Family, Desmond Tutu, and former US President, Barack Obama.

Come early evening, we make our way to the oldest bookshop in town, Blackwells, for a glimpse into Scotland’s literary scene.

Overview: This morning, the tour leader will hold a festival orientation; learn about the Fringe and its cultural significance in great detail.

We will then visit the National Galleries of Scotland. From surrealism, contemporary art, to historic photography, their astounding collection is not to be missed. More information on the featured exhibition will be released closer to the date.

The afternoon will be free for you to soak in the city before we attend Alexei Sayle’s stand-up comedy show in the evening. A well-known comedian, Sayle’s career spans varied works as novelist, actor, and columnist.

Overview: This morning is free for you to enjoy the city and the festival.

After lunch, we will attend a performance by two of the oldest and best a cappella groups from the University of Cambridge. Get ready for some jazz, soul, and pop music.

Afterwards, we will see Ruby Wax’s Frazzled. Based on her book A Mindfulness Guide for the Frazzled wherein she uncovers the secrets of the mind, learn practical tips on mindfulness from an actress, author, and mental health campaigner.

Overview: The day is free for you to explore the festival at your own pace and watch any events and performances that most appeal to you.

We highly recommend you to pre-book tickets to any shows via the Fringe’s website to avoid missing out.

Overview: The morning is free for you to enjoy the city at your own pace.

We meet at lunch for a talk with Allan Little, former BBC reporter, special correspondent, and presenter of Radio 4’s Today programme. Little is an award-winning journalist and broadcaster who has covered many important historical moments, such as the Gulf War in 1991 from Baghdad, the break-up of Yugoslavia, the aftermath of the Rwandan genocide, among others.

Afterwards, we make our way to the National Museum of Scotland. More information on the featured exhibition will be released closer to the date.

Overview: Once again, the day is free for you to explore the festival at your own pace, and enjoy the events and performances that most appeal to you.

We highly recommend you to pre-book tickets via the Fringe’s website to avoid missing out.

Overview: The morning is free for you to explore the festival and the city.

In the afternoon, we will watch The Accidental Adventures of Sherlock Holmes. This play follows Sherlock Holmes as he attempts to track down a criminal mastermind. Filled with plot twists, meta-fiction, and twisted logic, it is sure to keep you on the edge of your seat.

Come evening, we will walk to a local restaurant to sample Scottish whiskey and enjoy dinner together. Improv legends Mike McShane and Colin Mochrie, and master hypnotist Asad Mecci will complete our evening. We will join these three amazing artists for a mind-blowing, side-splitting show — Hyprov: Improve under Hypnosis – crafted from the subconscious of each night’s audience!

Overview: After breakfast, our tour concludes.

1
Explore Edinburgh on foot
2
Experience the quirkiness of the famous Edinburgh Festival Fringe
3
Indulge in local food and Scottish whiskey tastings at local bars
4
Immerse yourself in the vibrant, cosmopolitan city
5
Enjoy the nightlife

What’s Not Included in Our Tour 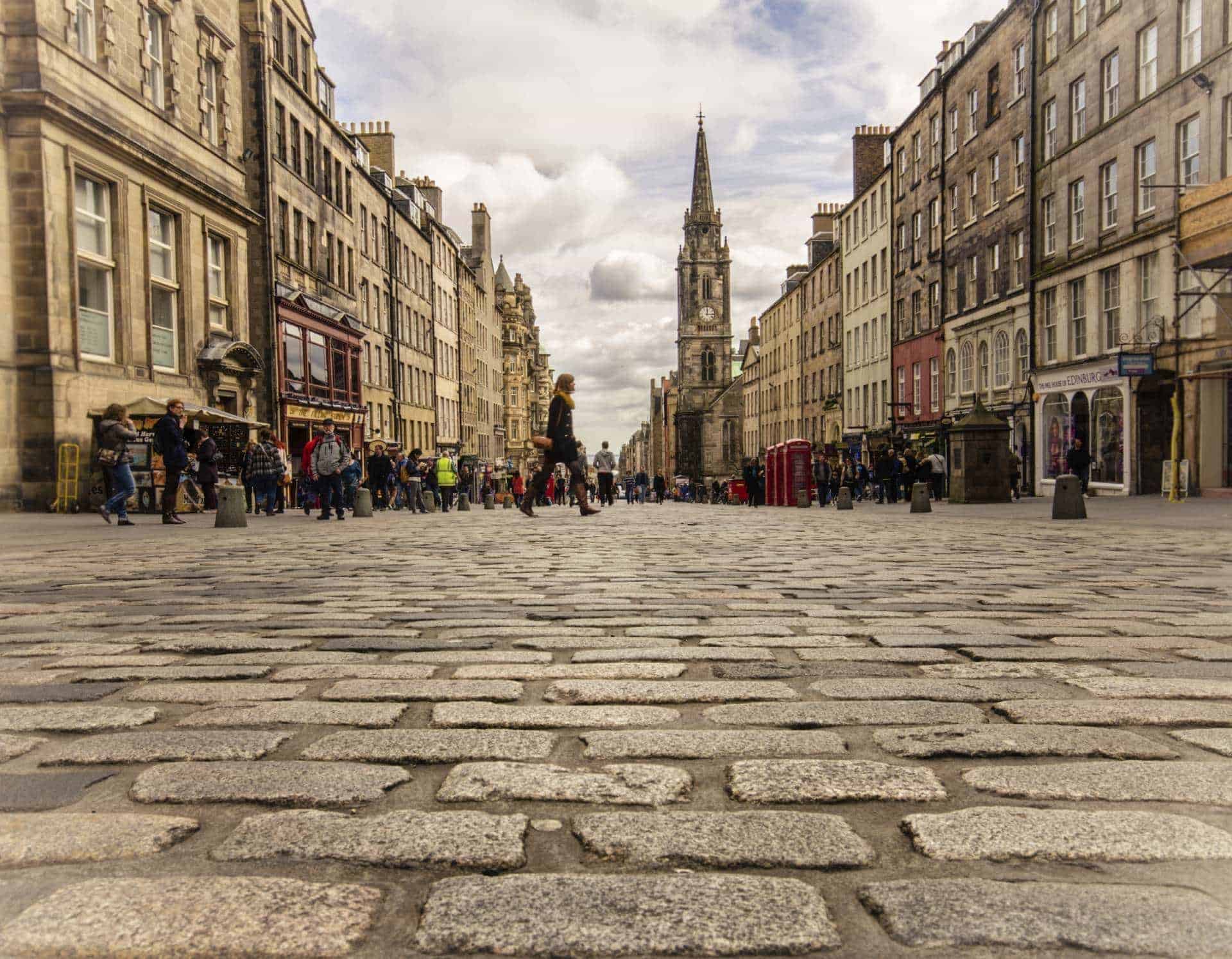